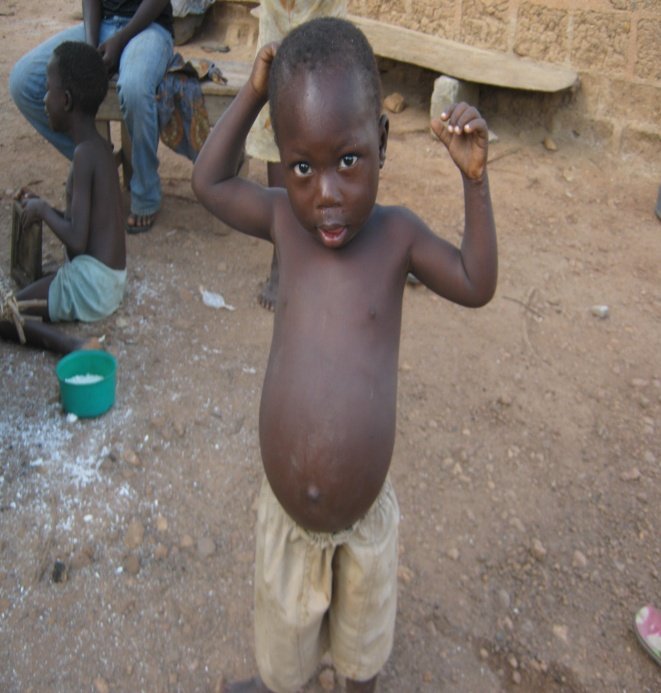 Early this summer, while the Self-Help staff was visiting the women at Ohene Nkwanta for its micro-credit program, they noticed a very malnourished child sitting beside his mother, Janet. His stomach was terribly distended, with frail arms and legs. Immediately following the meeting, project officer, Benjamin, met with the mother to learn more about the family.

Three-year-old Charles is one of four children. Janet explained that Self-Help loans have been a Godsend as she is better able to provide for her children. At the time, however, Charles’ malnourishment was beyond what she was capable of improving. Self-Help stepped in to provide the mother with QPM (quality protein maize) porridge and vitamins for Charles, in an effort to alleviate his health issues. Self-Help also provided Janet with a loan so that she could purchase health insurance for the entire family.

As you can see from the photos, on July 27, before Charles was given porridge and vitamins, he faced serious health problems. The second photo taken only one month later, August 31, already shows a transformation taking place!  More support is needed for Charles, but he is improving, and we will keep track and share with you his progress.

Thank you so much for caring for children like Charles. The vitamins are truly making a difference! 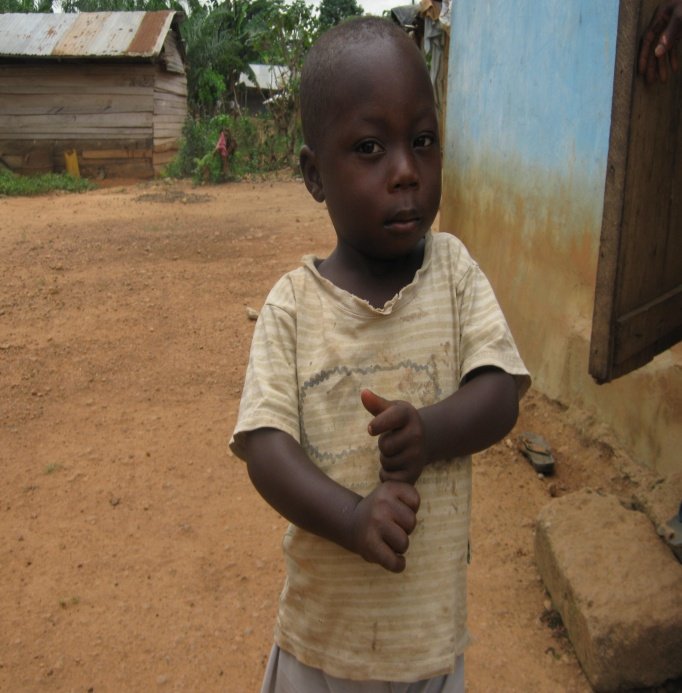