The Determination of a Teenage Mother 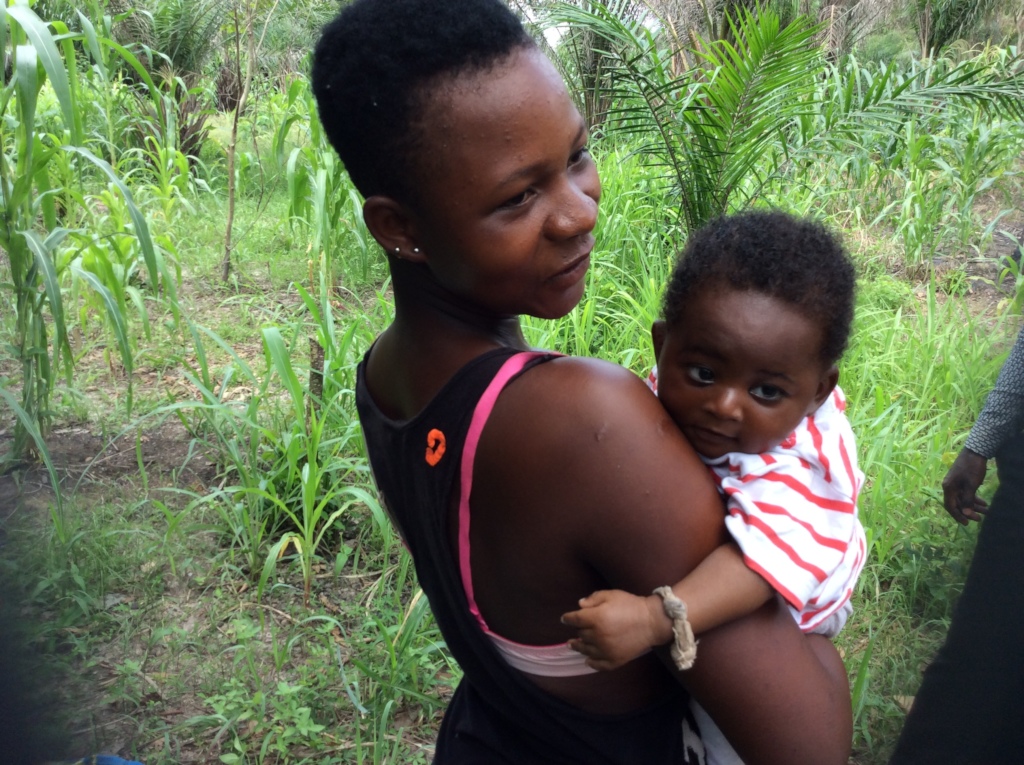 Diana with her son.

All parents dream to see their children succeed academically or in other endeavors, but the ups and downs of life can often interfere with this dream. Diana, a 15-year-old mother from Kukubuso, a small village in the Ashanti region of Ghana, decided that she was going to overcome the challenges she was facing.

Diana’s father struggled to care for his nine children, so when Diana was in elementary school, he sent her to live with her aunt. For a few years, this was a very positive experience for Diana. Diana’s aunt provided for all of Diana’s basic needs and paid her school fees; however, things changed when Diana started junior high school. Her aunt stopped supporting her and no longer provided food or school fees. Diana didn’t know what to do.

As Diana was beginning her second year of junior high school, she found out she was pregnant. Diana could no longer stay with her aunt, and she returned to Kukubuso to live with her parents once again.

“The father denied responsibility for the baby, so I had to rely on my parents for food and other necessities, which I know has never been easy for them”, Diana shared.

Diana was not getting enough to eat, she was losing weight, and after giving birth, she was having difficulty providing adequate breast milk for her baby.

When Diana joined the Growing Healthy Food, Growing Healthy Children program, Self-Help International staff nutritionists completed assessments on her and her baby. Diana’s baby was stunted, an indicator of malnutrition, and Diana herself was malnourished as well. Babies who experience sustained malnutrition early in life are unable to reach full cognitive development, affecting their ability to learn and their productivity for the rest of their lives.

Self-Help nutritionists advised Diana on healthy eating and supplied her with a high protein porridge food supplement and an egg a day to address her immediate nutritional needs. Diana received counseling on breastfeeding and connected with a respectable and experienced mother in the community to provide ongoing support and lactation coaching.

Diana was always eager to listen to the lessons and advice given during Self-Help nutritional education sessions. Her punctuality and attentiveness at meetings was exceptional. As staff continued to monitor her and her baby, it became apparent she was putting all the lessons into practice. Her baby moved from the third percentile of stunting to the 50th percentile, putting him on track to achieve full physical and cognitive development.

“Although I am not independent now, I know I can do something better for myself and my son with the advice and help from Self-Help,” Diana said proudly.

She started a broom business in Kukubuso. In order to care for her baby, Diana accepted that she would need to move past her dream of returning to school and becoming a police officer - she needed to focus on her business and her baby. Self-Help staff talked with Diana and her parents about the importance of education for both Diana and her baby. Her parents have agreed to help Diana continue her education once the child matures.

Diana’s ability and commitment to improving the health status of her baby, as a teenage mother, is highly commendable. She is determined to continue raising a healthy son and pursue her dreams, and for the first time, feels that both are possible. 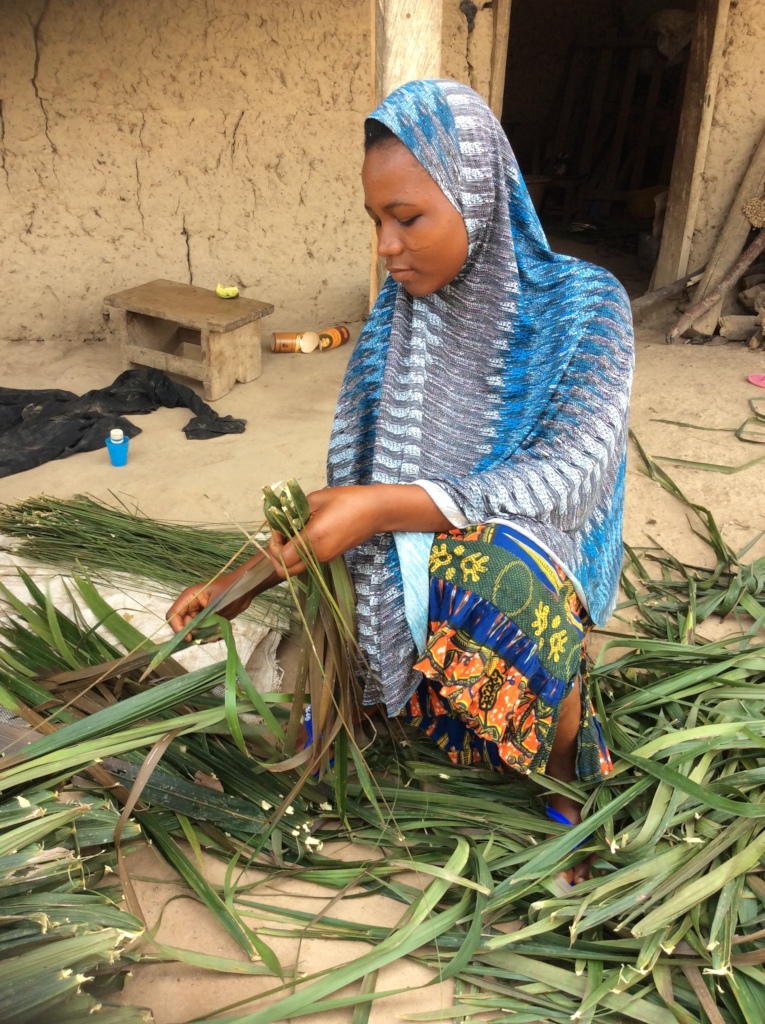 Diana working at her broom business. 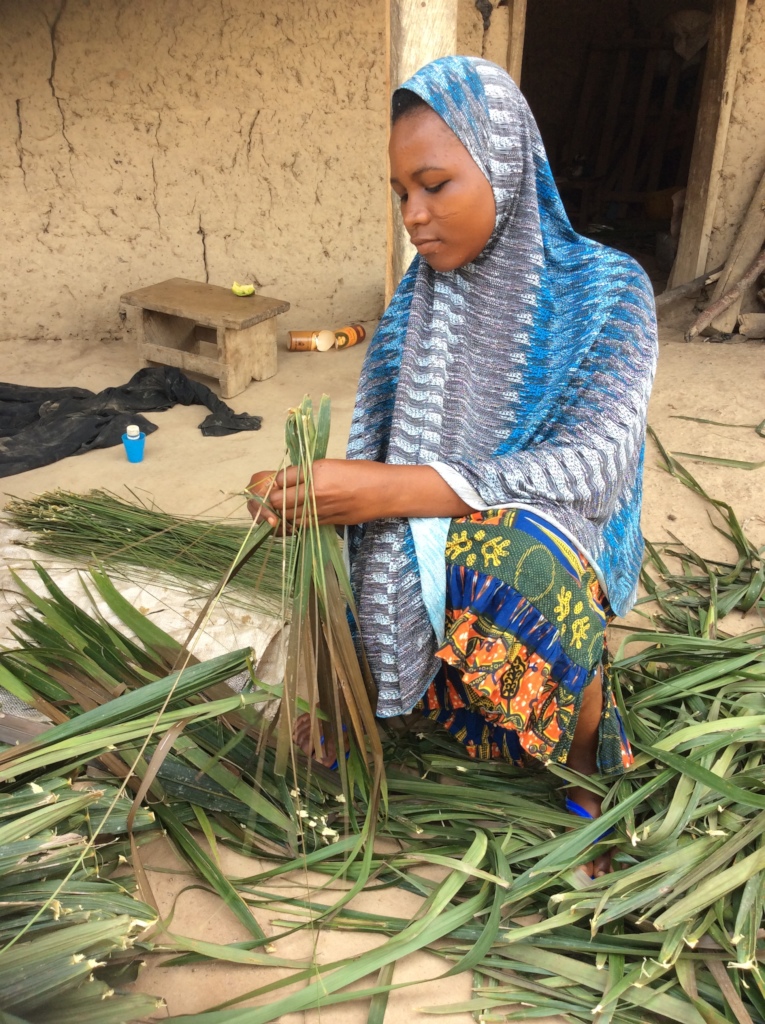 Diana working hard at her business.