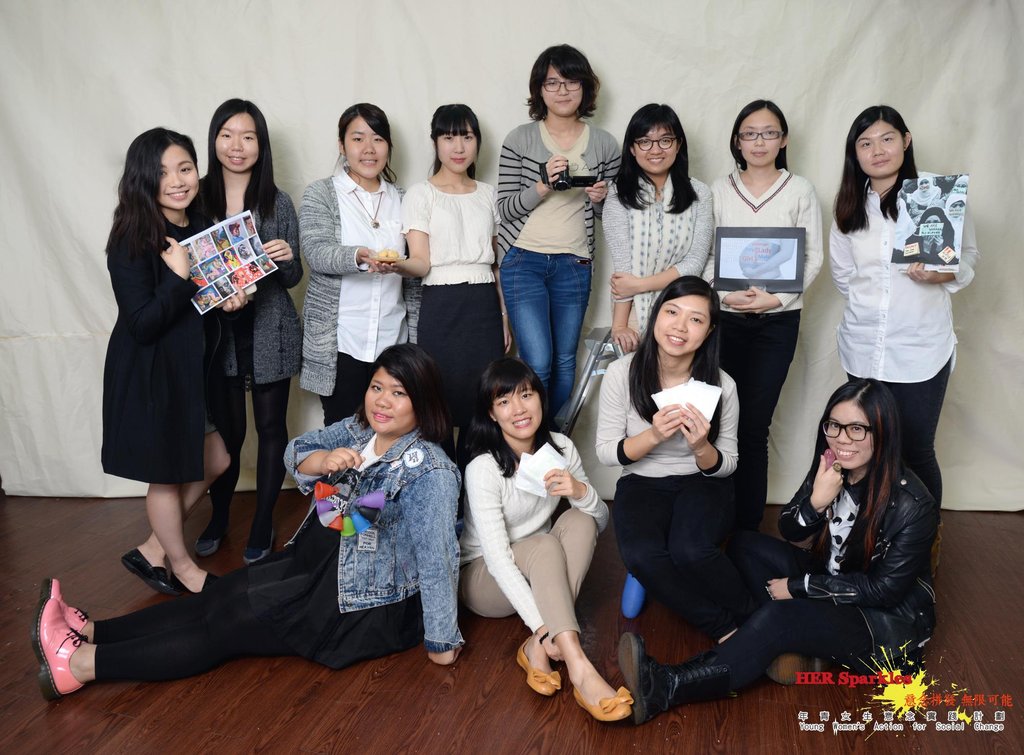 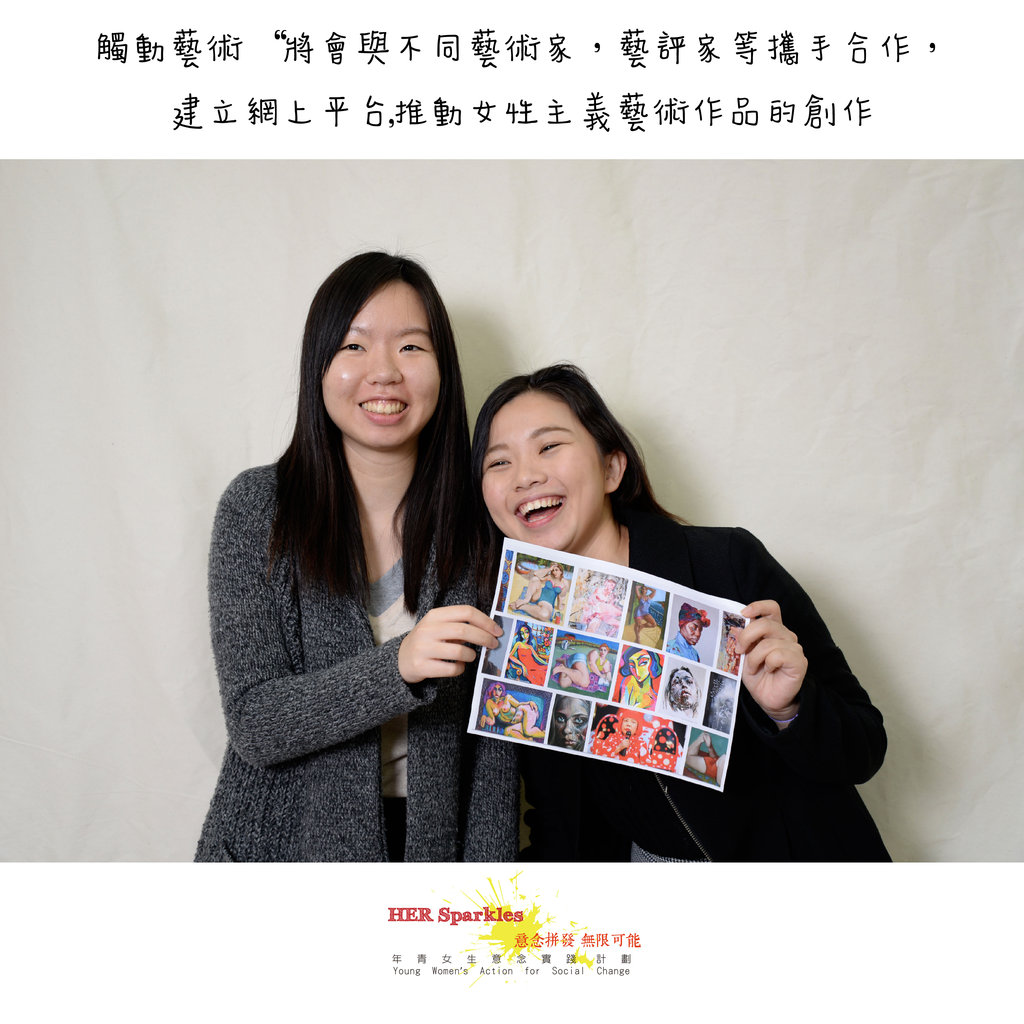 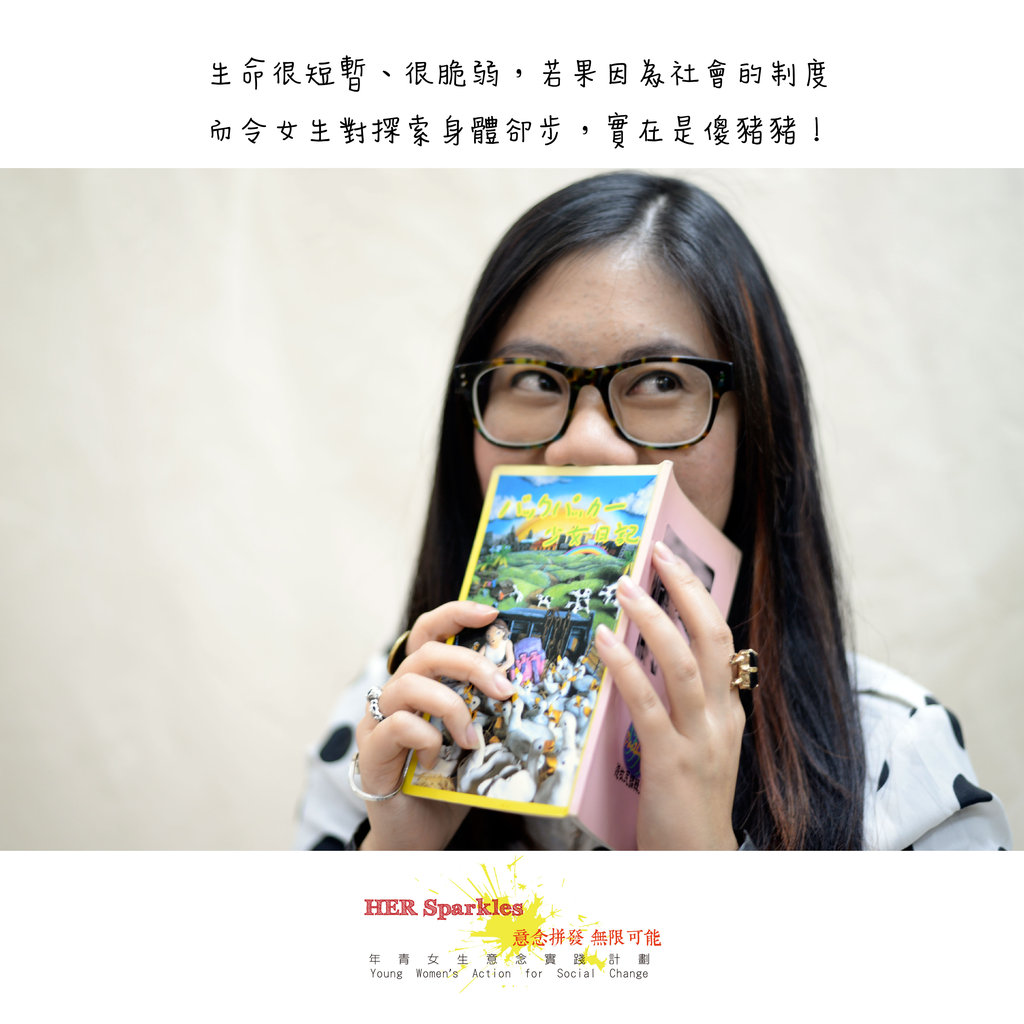 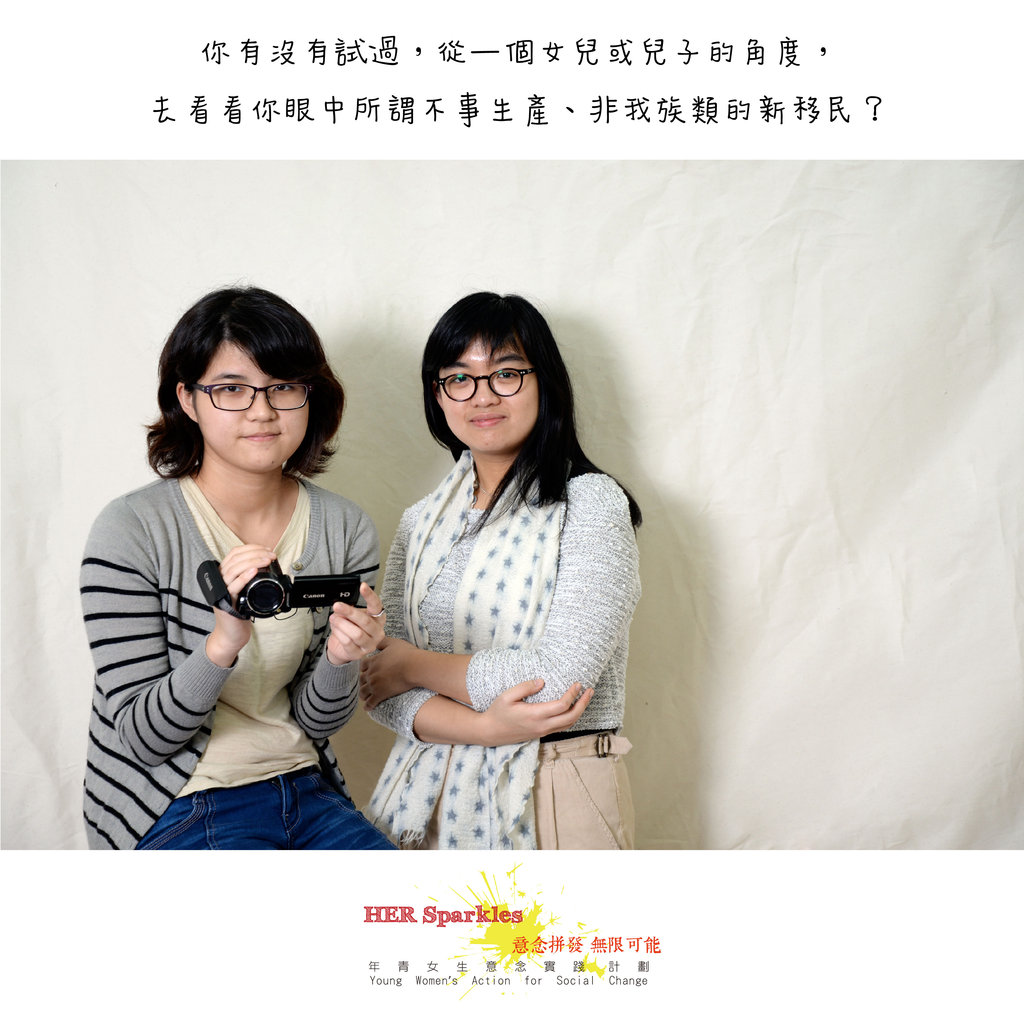 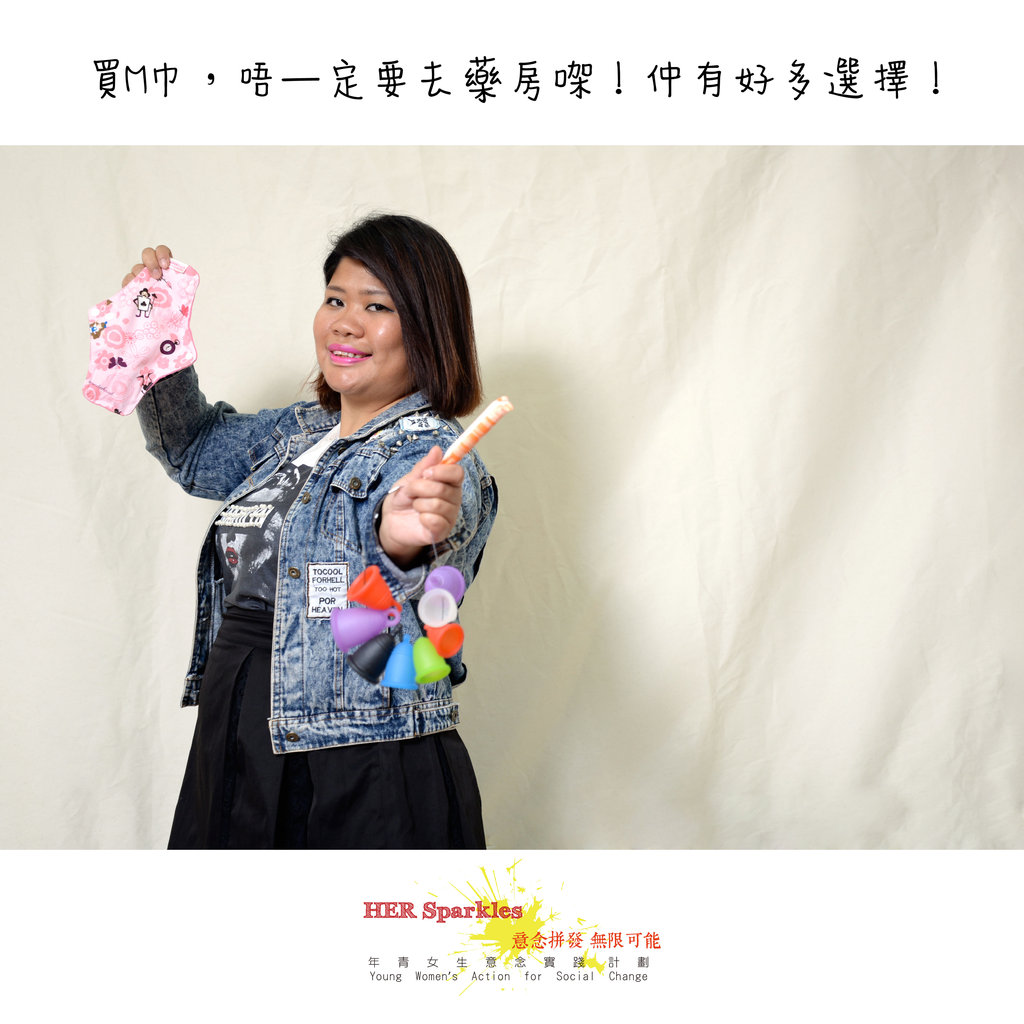 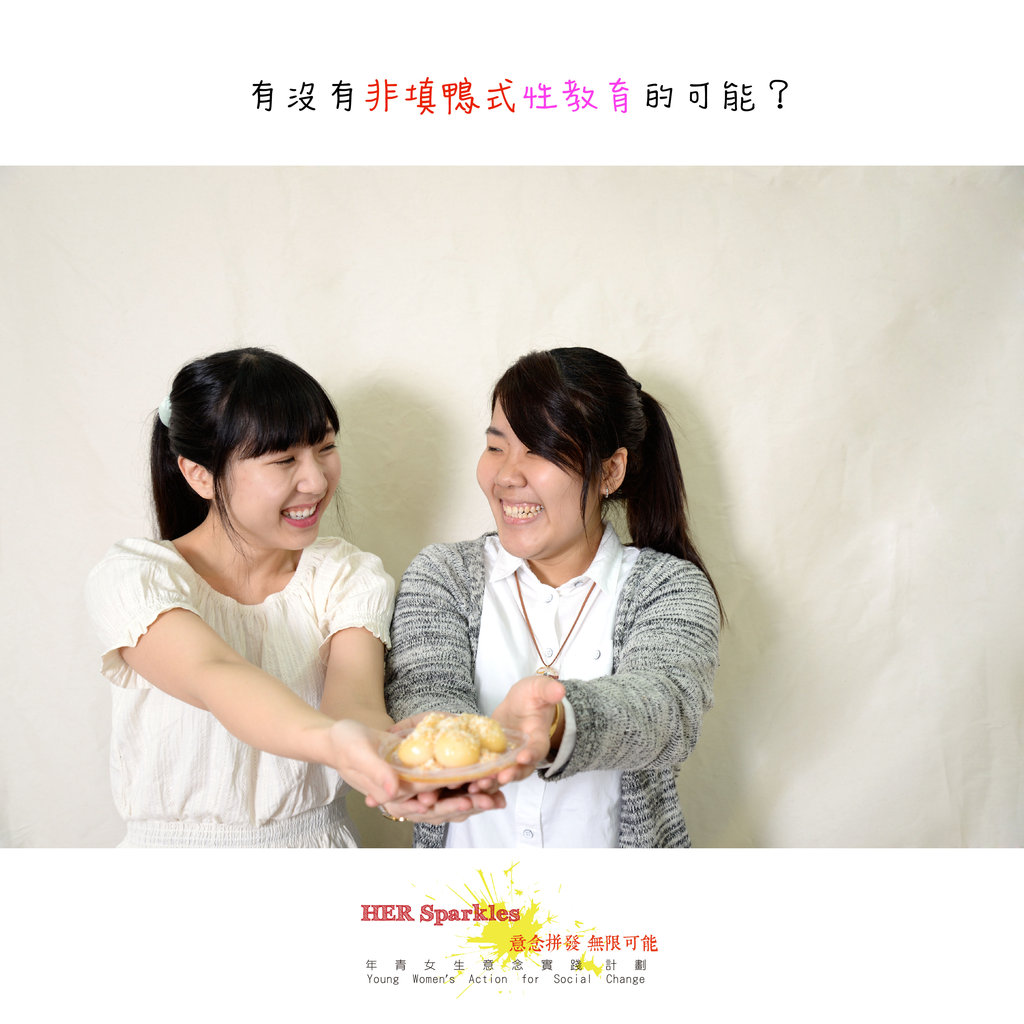 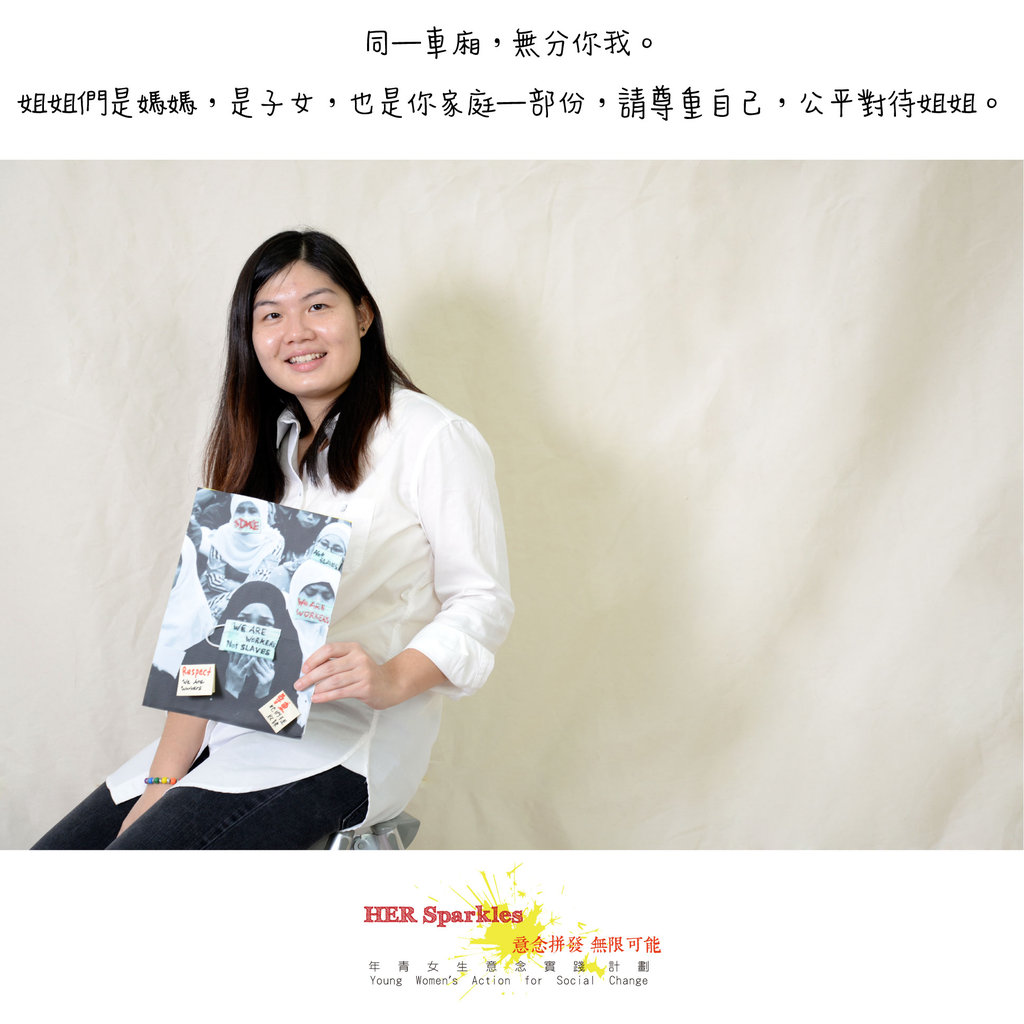 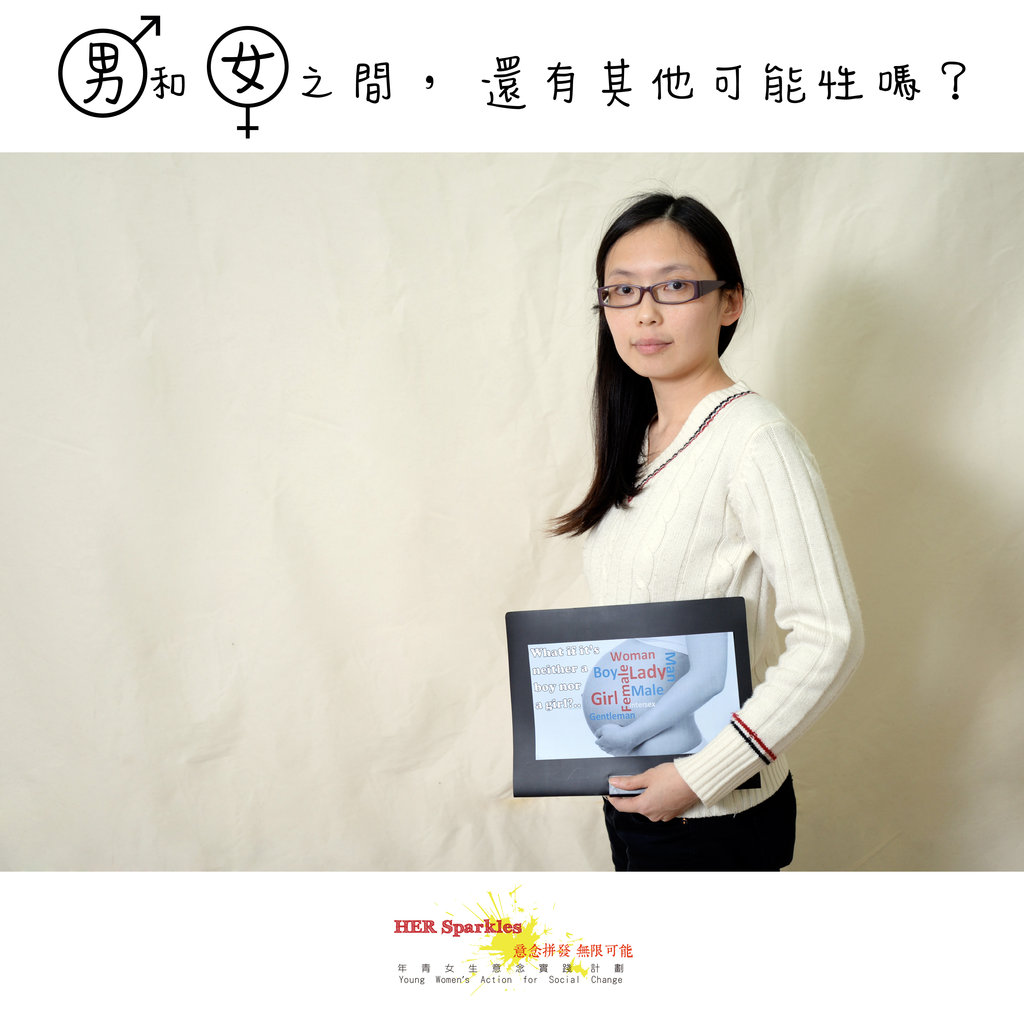 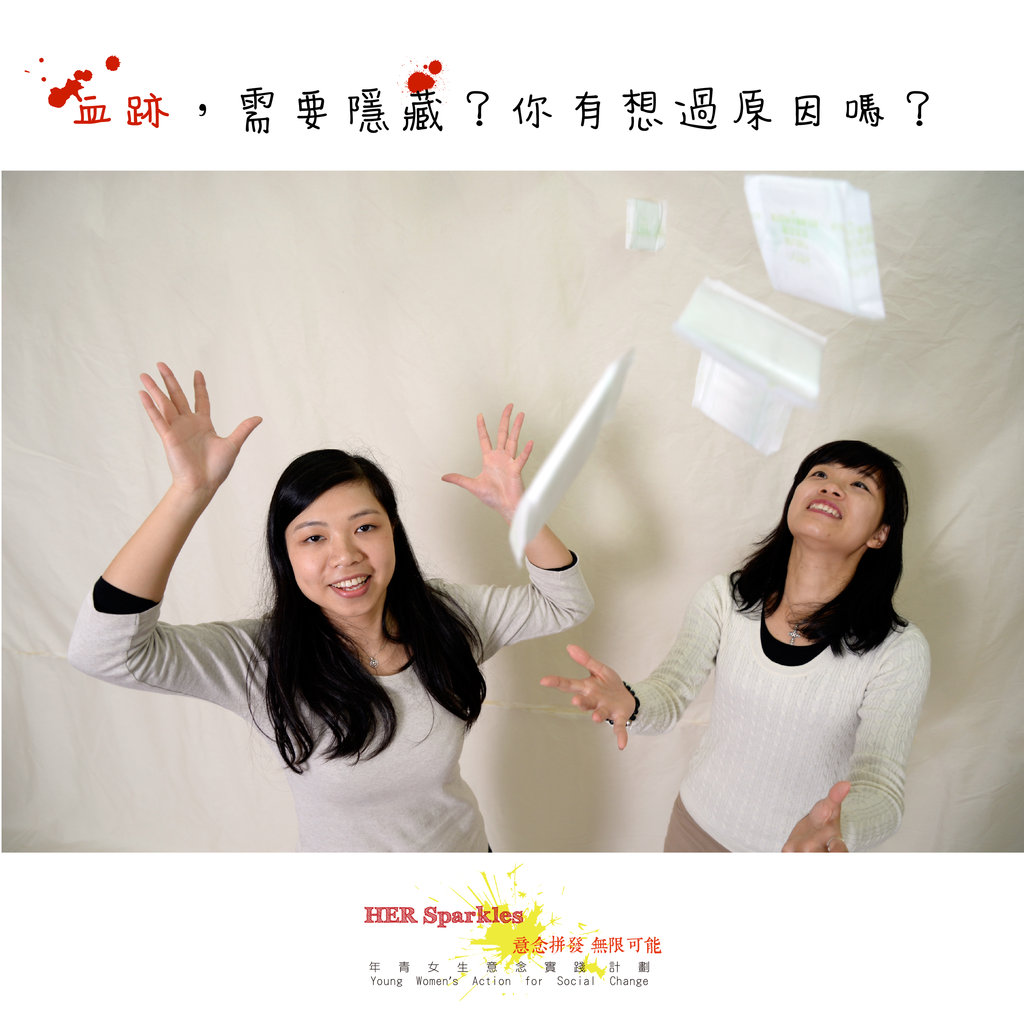 HER Sparkles aims to empower young women who dare to make changes, and to encourage them to put their ideas into actions with youth and gender perspective. A total of 8 young women-led projects which are issues that happened around us, yet, much hidden or invisible in mass media discussions. Topics include teenagers' sex education, menstruation taboo, youth sexual desires, etc. Your support means a "YES" to young women's empowerment - that enables them to take a lead in making social changes.

Although Hong Kong is a cosmopolitan, under the gender stereotyping on young women, they often lack the space to express themselves and to act on their concerns in making changes to the issues they concern and affecting their lives. Often they are being seen as passive service recipients, less experience, incapable to make decision. This project empowers young women to lead and to take action to bring about social changes.

As a small-scale community foundation, our resources and capacity are very limited. Your support means a "YES" to HER Fund and young women's empowerment - that enables us to extend our capacity for social change. Core funding for the 8 projects with HKD10,000 each has been secured, but we need funding for mentoring sessions, project execution and future development of HER Sparkles.

There will be 8 young women making their first step to initiate social change with gender perspective in the community, and there will be over 1,000 people benefited. With your support, there will be at least 2 independent young women's groups able to embark from this initiative and all the projects will raise community awareness on the related issues. The participating young women will be further equipped with relevant skills to mobilize other resources to sustain their projects.

Support another project run by HER Fund that needs your help, such as: 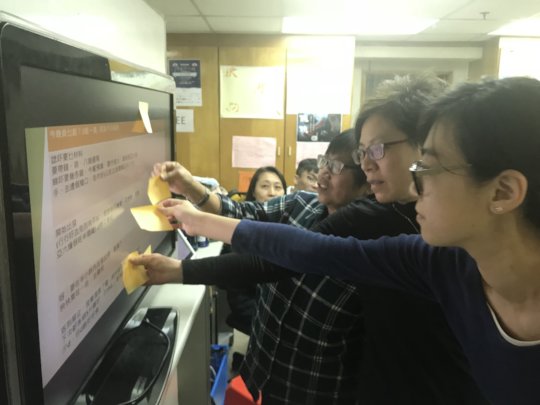 HER Hub: Raise Women's Leadership Together!
Find a Project

GlobalGiving
Guarantee
Donate https://www.globalgiving.org/dy/cart/view/gg.html?cmd=addItem&projid=21020&rf=microdata&frequency=ONCE&amount=25
Please Note
WARNING: Javascript is currently disabled or is not available in your browser. GlobalGiving makes extensive use of Javascript and will not function properly with Javascript disabled. Please enable Javascript and refresh this page.