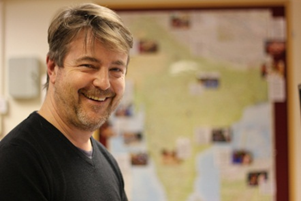 The project has reported back on progress for the second half of the year’s activities. The team has reported good progress. Below are some bullet point highlights from the report.

In November Karuna’s new programme manager, Lizzie Guiness visited the project to carry out a series of interviews with beneficiaries. She reported that the girls interviewed expressed clear understanding of child and women’s rights and had a clear sense of their future life direction and career options. Many girls expressed an interest in working in sectors that would support the transformation of women’s lives such as the law and the police. The girls also shared that they had been challenging views within their family around education and early marriage. Some of the young women, predominantly from Muslim families, shared that previously they had been forbidden by male relatives from leaving the home. Through the support workers engagement with the family, trust was developed and the girls were able to access training and support (particularly in sewing skills) and were keen to use any earnings from dress-making to support their own education in the future.

The project operates a successful volunteering program with links to the local international girl- guide centre and local companies. As a result of a series of volunteer placements the Trust received a donation of around £3,000 from a local tech company.

In November two members of the team participated in a Karuna project planning workshop in Nagpur focusing on project planning using a logical framework model. Over the next few months a new Programme manager based in Pune will be taking over grant managing the project. She will be working closely with the project managers to review the project plan and help them improve their systems for evaluation and reporting.

Payal Gets A New Life 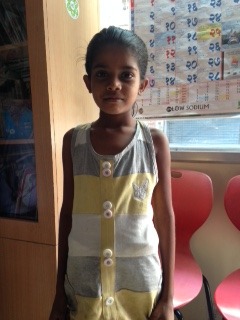 Payel is ten years of age. She lives in the slum area of Gunjal in Pune. She stays with her mum and dad and two brothers.

Before joining project activities Payal would move around from slum to slum with her family. Her life was not very stable. Her mum suffers from severe mental health difficulties and faces a lot of stigma within the community. Her father also suffers from alcoholism and is violent towards her mother. Difficulties with neighbors would push the family from home to home.

Payal was not enrolled in school. Her mother would keep her at home so she could do domestic chores. She spent much of her time indoors and away from other children.

The project team learnt of Payal through their project area survey. Before starting work in a new slum the team surveys each household. They record the number of girls in the area and if they are married, working or in education. This way they know who can benefit from the project’s activities.

The first thing the team did was to help Payal get enrolled in school. At first she did not like going because she was amidst younger children and had fallen behind. The project’s after school study classes and extra tuition helped bring her confidence levels up. Now one of Payal’s favorite things to do is study. Even when other activities are on Payal continues to study in the space provided. Her brother is also now enrolled in the boy’s group.

The project team has intervened with Payal’s parents to stop the domestic violence. They have also found mental health treatment for her mum. Things are improving as a result and Payal now finds she is not as fearful when she is at home. In the future she wants to complete her studies and become a doctor. None of this would have been possible without the project and its supporters. 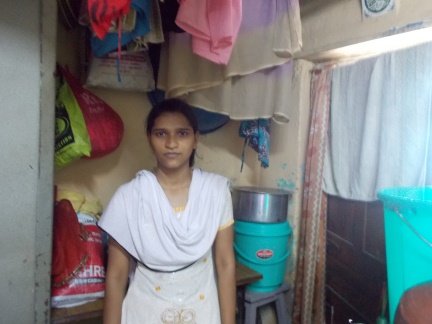 Gazala is 19 years old. She lives with her parents, brother and two sisters in the Bhimnagar Slum in Vishrantwadi. The family live in a single room house with tin walls and tin roof for shelter.

Gazala first heard of the project through a survey of the needs of the local community being conducted by the project team. At the time Gazala was unemployed, out of school, and with little to occupy her. The family was struggling to survive on her father’s £60 per month income.

With encouragement from the project workers, Gazala enrolled in the projects 4 month tailoring course with the hope of helping her family. Though she was unsure of herself and slow to ask questions she soon gained confidence. Gazala now runs her own small business stitching clothes for the local community. Her £50 per month income allows the family to live with greater security.

Having experienced the benefits of the project Gazala now enrolls other girls from her neighborhood into the project. She is one of the many examples of individual transformation created by the project.

As Karuna programme manager for this project I visited twice during this period (November 2014& Feb 2015) to review project activities and go through the narrative and financial reports with the team.  I have been pleased to see the level of recording of project data and reporting improve steadily over the past two years and see this current year-end report as a significant step forward in the quality of their reporting. The project now has good systems in place for tracking the number of girls participating in each program and for assessing the impact of the work on broader issues affecting adolescent girls.

This is a long- standing community-based project that has been working effectively for more than ten years in the slum districts around Pune. It draws many of its project staff from within the beneficiary community and works in a holistic way to address the specific issues facing adolescent girls living in the slums. This consistency has enabled the project team to develop and refine their experience, skills and approach over time, whilst building strong and effective community networks. For example they have developed new advocacy skills through their participation in the Maitri Network and this now gives them the confidence to liaise effectively with police, local schools and other local authorities over issues affecting adolescent girls.

Another significant new development is that they are now involving adolescent boys in some of their classes and awareness raising activities. Karuna welcomes this development as we see it as essential to involve boys as well as girls in seeking to bring about a sustainable, long- term shift in gender attitudes. 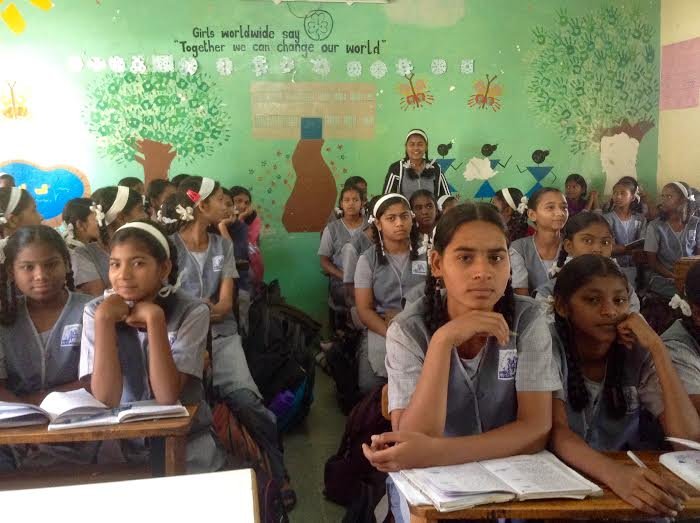 The project team are busy implement the goals and targets thay have set for the coming year. After years of working intensively at a grassroots community level they are now extending their advocacy activities to a broader range of higher level stakeholders including police, teachers and local schools. This is enabling them to have a broader impact on the issues affecting the lives of their beneficiaries.

There have been challenges though. The project needs permission to run study support classes at the local school from local government. As a result of bureaucratic procedures this has proven difficult. Project staff members are often from poor backgrounds and are not used to interacting with government officials. Project staff have had to learn confidence in dealing with people in positions of authority.

The project has found resistance in enrolling women and girls from some religious minority communities. Traditional attitudes hold that women’s place is in the home. Families also have safety concerns around letting girls travel on public transport or walking long distances. Project staff have developed communication skills in sensitively assuring parents that letting their daughters travel to study and work is best for them and their families in the long run.

In the last six months the project have delivered services to women and girls in the surrounding slums of Pune. The numbers reached are reported bellow.