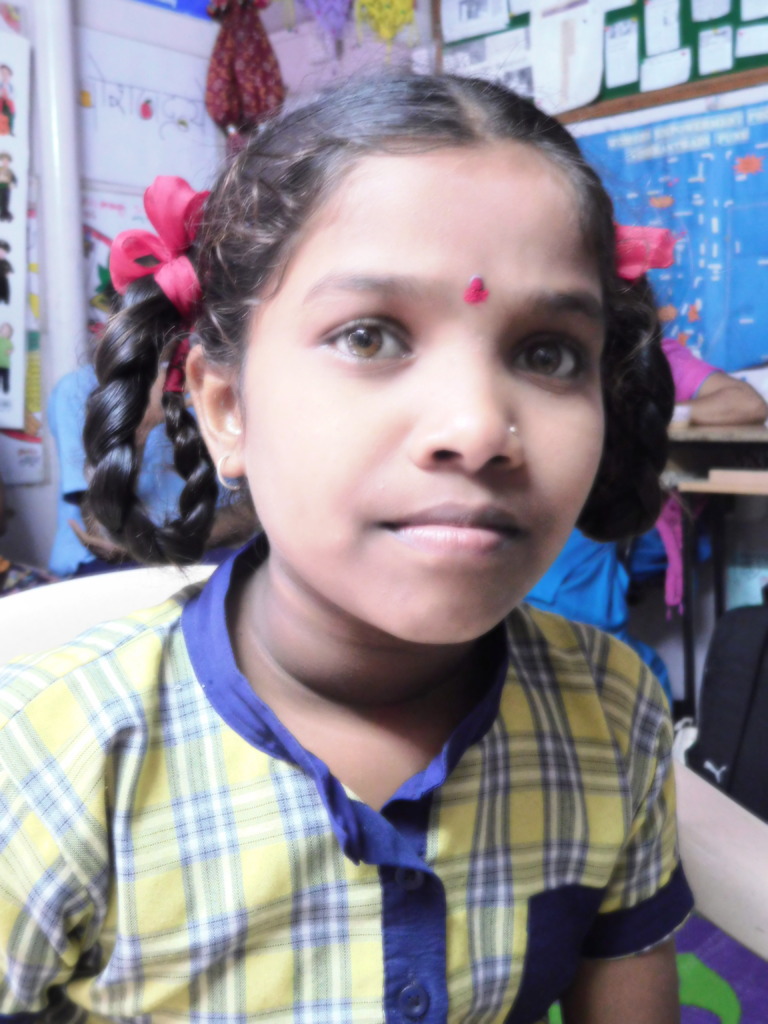 Renuka is 11 years old. She is in 7th standard in school. Her father died when she was young. Her mother works on a building site doing manual labour. She comes from a very poor family. As is common in India Renuka's eldest sister dropped out of school in 2nd standard to work at home with her mother.

Renuka has been involved in the project for a year. She joined to do the computer classes and the healthy recipe tutorials.  She has since got involved in other areas of the project such as school study support classes. Renuka now performs well in Maths and English where previously she struggled.

In the future Renuka wants to build a bungalow for her mother to stay with her. But for now Renuka is happy making friends and being able to play with other girls her age.  None of this would have been possible without the support of the project and its supporters.

Daneshwari Discovers a World Outside Her Home 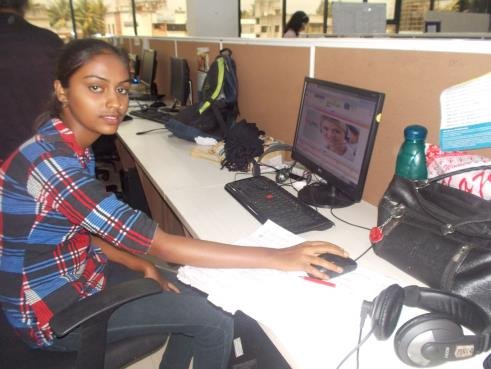 Daneshwari, 18, comes from the Vishrantwadi slum area of Pune, India. The project started activities in her area last year. She heard about the project through her friends who had all decided to join the projects activities.

Like many young women in India Daneshwari knew very little of the world outside of household chores. She was unaware of how her body worked, about gender equality or her rights to be free from violence. For Daneshwari life consisted of dropping out of school and marrying early.

When she joined project activities one of the first things Daneshwari learned about was proper nutrition and the role of iron and b-12 in a proper diet. She learnt about changes in her body as she approached puberty and how these were normal. “This kind of questions and information I could never ask my mother, whatever information I got, I shared with my mother who didn’t know all this. I could also share this information with my sister and my friends”.

Daneshwari was taken to visit the local police station and learned how to file a complaint on domestic abuse. Similarly the girls went to the bank and were taught how to open a bank account and manage their own finances, including how to access a loan for education.

Most importantly Daneshwari made friends with other women and girls in her area. Often when girls drop out of school they become isolated in the home, losing their confidence and ability to socialise. “I got the confidence to step out in to the world. I interacted with people of my age and other age groups as well I also saw how the world outside my house is”.

Daneshwari completed her 12th Standard education with the help of the projects education support work. This is unusual for girls in the area who often leave well before they complete secondary schooling. She completed a three month training course with the project and now is working in a local company and supporting her family through her earnings. None of this would have been possible without the help of the project and its supporters.

Santoshi Gains A Better Life For Her Family 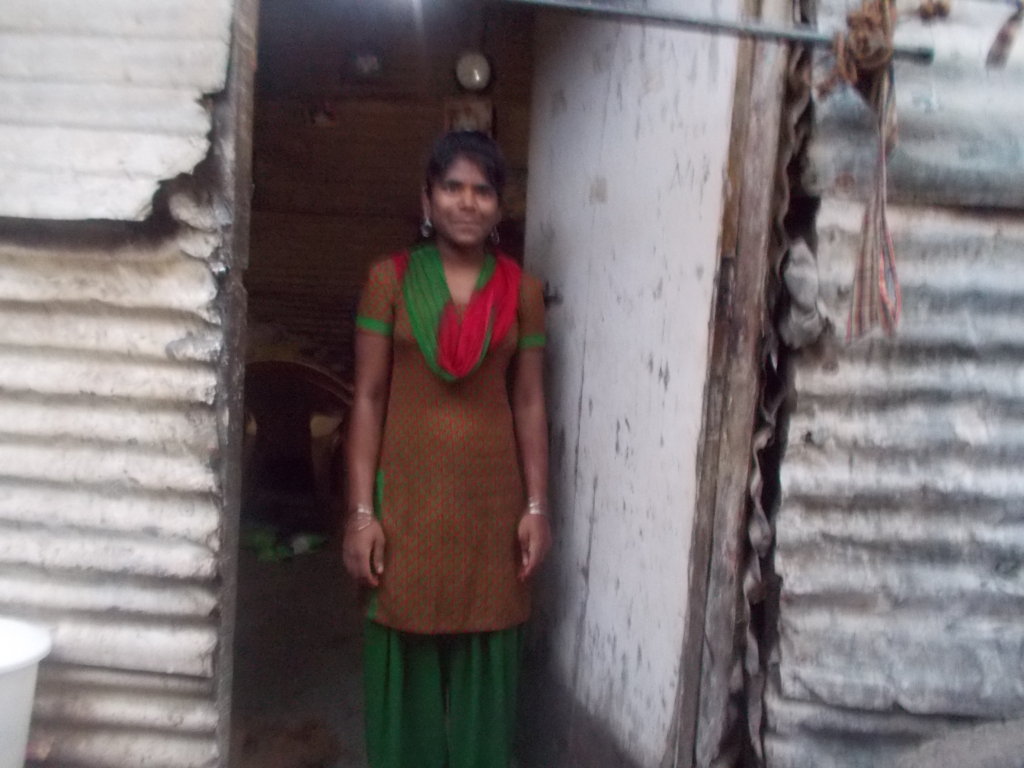 Santoshi, 18, lives in the slum area of Vishrantwadi in Pune, India. She lives with her five sisters and one brother. The house the family live in does not have basic amenities such as a toilet or running water. Santoshi works doing domestic chores for local families. She earns about £10 per month.

Santoshi knew other girls from the area who were involved with the project’s training programmes. Santoshi had dropped out of school to help support her family but did not want to continue working doing domestic work for little money. So Santoshi approached the project to see about joining the local activities for adolescent girls.

Santoshi joined the project’s three month garment making course. When she first joined she had no confidence and could not interact with the other girls. But as she became more confident in stitching her confidence to communicate grew as well.

Now Santoshi earns £50 per month making garments for the local market. With the extra money the family can afford better nutrition and good clothes. Prior to Santoshi joining the project the family used open fires to cook. The smoke from the fire had bad consequences for the family’s health. Recently Santoshi bought a gas cylinder for cooking so the family has a safe way of cooking.

Without the help of the project Santoshi could not have made this contribution and would not have gained her confidence and dignity. Thank you to everybody who supported this to happen.

Begam sends her kids to school 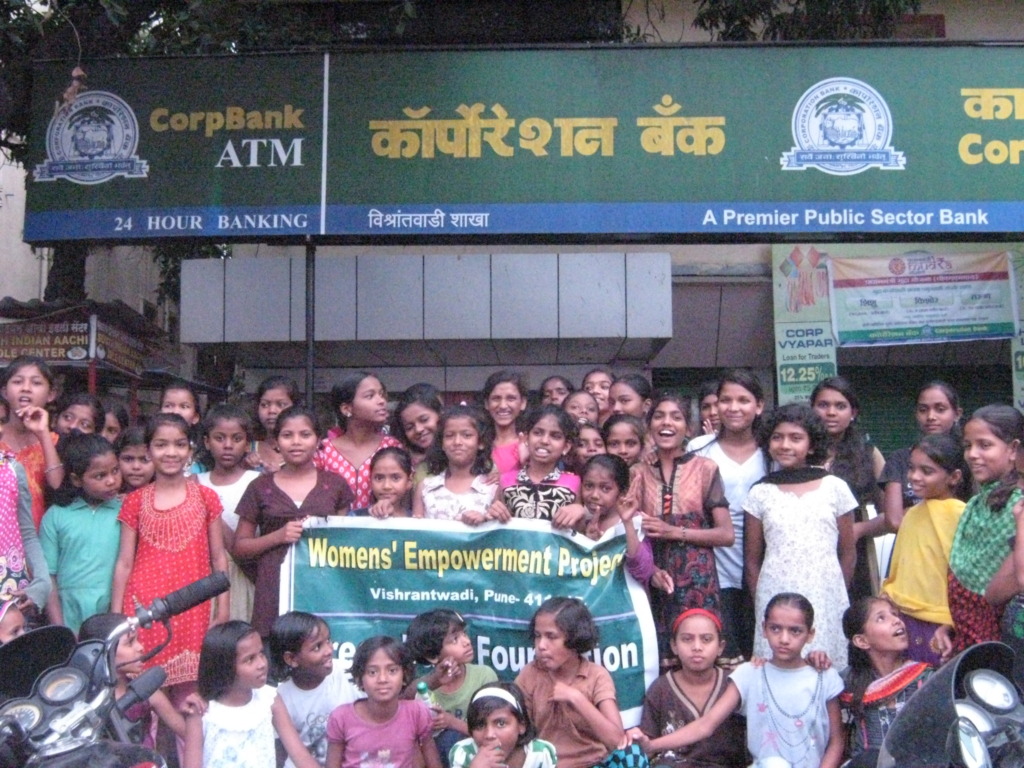 Begam is 25 years old. She lives with her two children and her husband in a small room attached to the back of a tin house in a slum district in Pune. When Begam was growing up she was not allowed to go to school. Like many Indian girls she was kept at home to do domestic chores.

Begam had wanted to send her children to school but was unable to do so as they could not afford it. During a survey completed by the team of the local women and girls Begam was told about the project and the work that they do. She decided to join the project’s three month tailoring course.

During the course Begam learnt how to make saris, the traditional Indian dress for women. She also took the projects personality development courses in communication rights awareness. As a result of this Begam began to grow in confidence and interpersonal skills. She started her own business and now earns between £40 and £50 per month. Now Begam can send her kids to school with the extra income. None of this could have happened without the project and its supporters.

Moana Gets Her Confidence Back 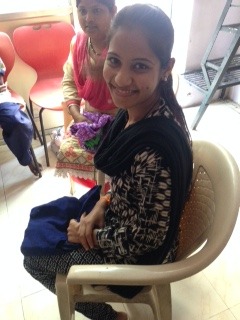 Moana is 19 years old. She lives with her two sisters and one brother in the Vishrantwadi slum district of Pune. Moana dropped out of school in 12 Standard.

In the time after she left school she did little but sit at home and watch popular Indian soap operas on TV. She first came across the project when the team called to her door to take a survey of women and girls in her area prior to starting project activities.

Moana was at first very hesitant to travel alone through the slum to get to the project’s sewing classes. Like many girls her age she faced potential verbal and physical abuse from local boys each time she left the house alone. She insisted on her father dropping her to the project’s classes.

Moana in staying at home and not communicating with her peers had lost much of her confidence and was very shy in project activities. She was unable to look people in the eye for example and would attend all the project activities except the personality development classes which she found too difficult.

But she soon made friends with the other girls who encouraged her to open up more in class. Now Moana describes the project team “as family”. Recently she made the journey from home to the project center entirely by herself and has become confident in challenging verbal abuse from local boys.

Moana has completed her sewing training and in the future wants to work in fashion design. She also wants to earn to be able to give back to the project. None of this could have happened without the support of the project and its generous supporters.