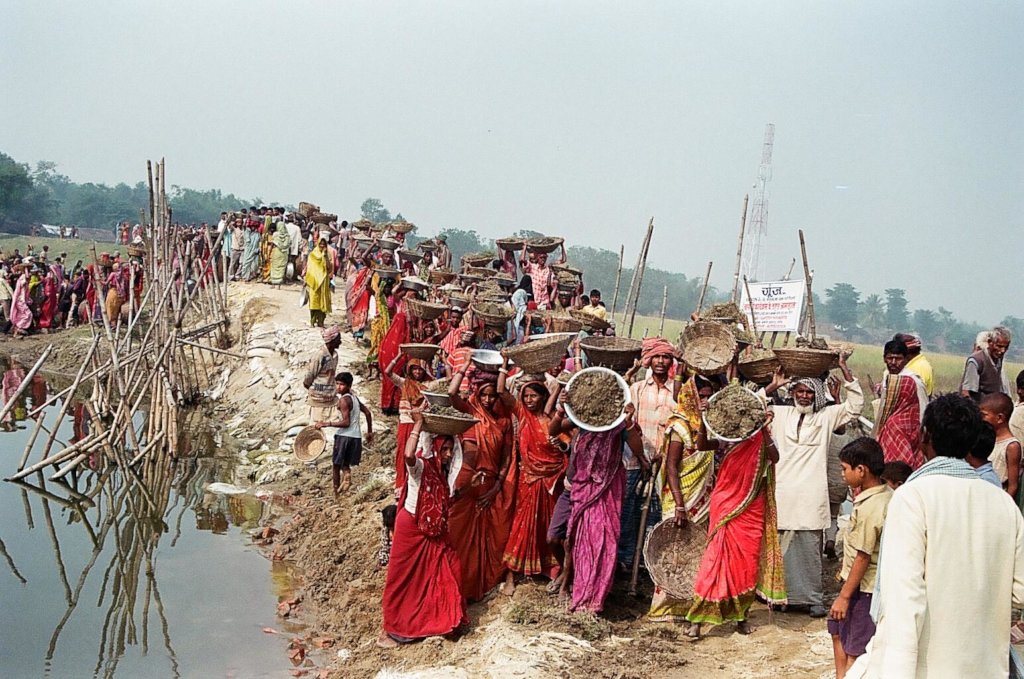 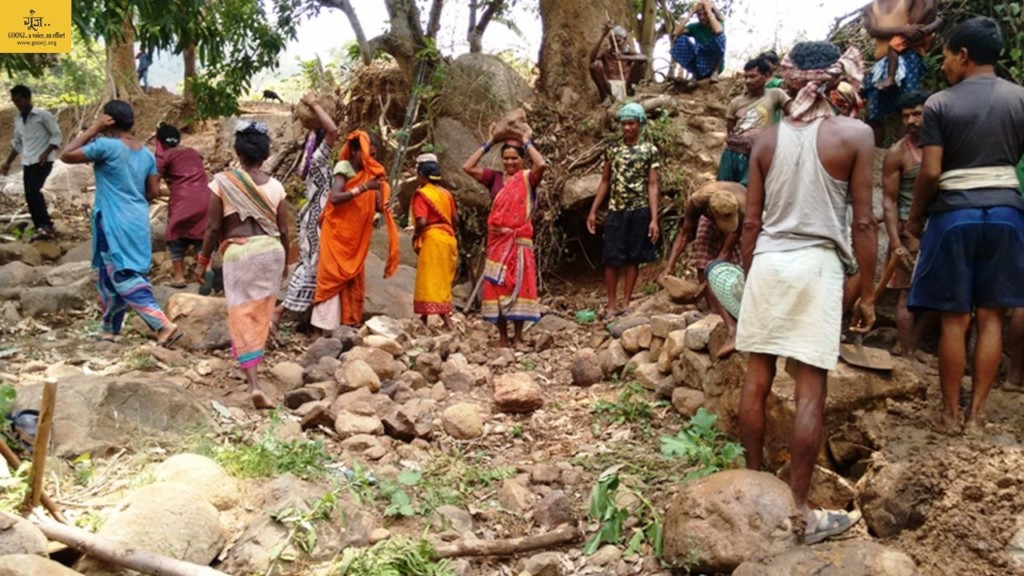 The little 5 year old Kuber had no choice.. he had to drink water from the little hole in the ground.. He still remembers how he fell terribly ill and had to be hospitalized for a long time.”

Kuber’s family and others in Dakamaha, a small village of 65 households in Odisha’s Kandhamal district reel under acute water crisis every summer. The village, along with a cluster of adjoining ones, is situated 55 kms from Daringbadi Block, in a remote hilly forested region. This village of more than 360 people are aboriginal tribals lacking access to even basic infrastructural amenities like road, electricity and safe drinking water. People are therefore forced to turn to any source to quench their thirst.

This is the scenario that Goonj teams came across when we went to the area with Mr Dinbhandhu, head of our local partner grassroots organization. He added “the water is dirty ... with only one duck well in the village. They have no choice but to use it both for drinking and other domestic chores”.

The villagers shared how they had to depend on monsoon rains for water and walked long distances to fetch water. Dinabandhu added that Diarrhoea and other waterborne diseases are common and pregnant women and children are the most affected. After long discussions with the locals, when our team encouraged the villagers to dig a new well for themselves under Goonj’s “Cloth for Work” initiative, 31 villagers embarked on digging a well within 8 hours, to create an alternate water storage!  They were rewarded with our comprehensive “Family Kits” including basic clothing, few utility items and a pair of brand new shoes for their efforts. 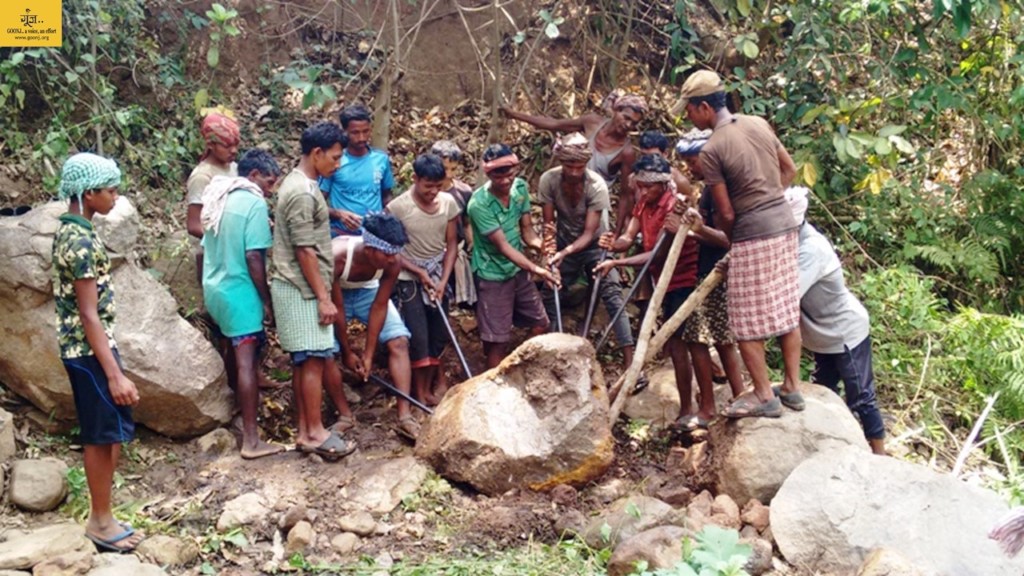 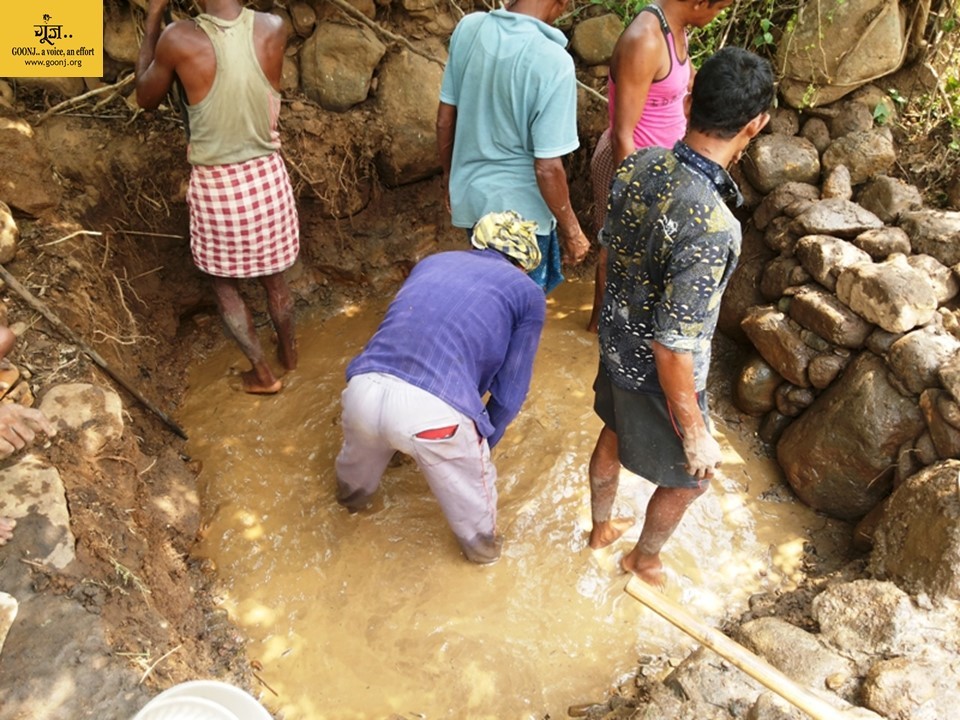 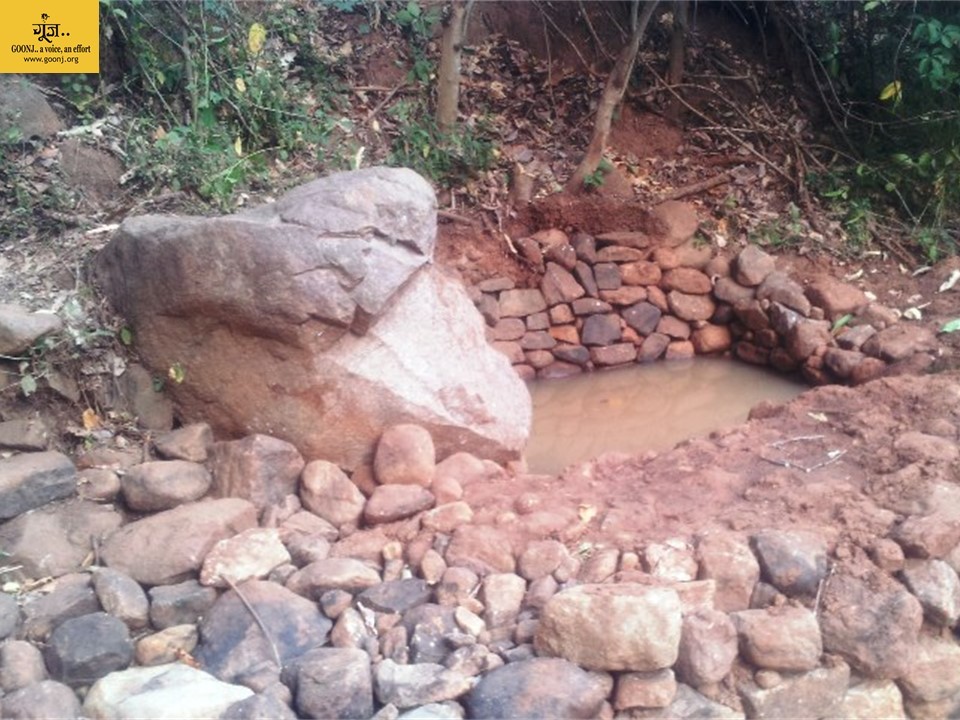 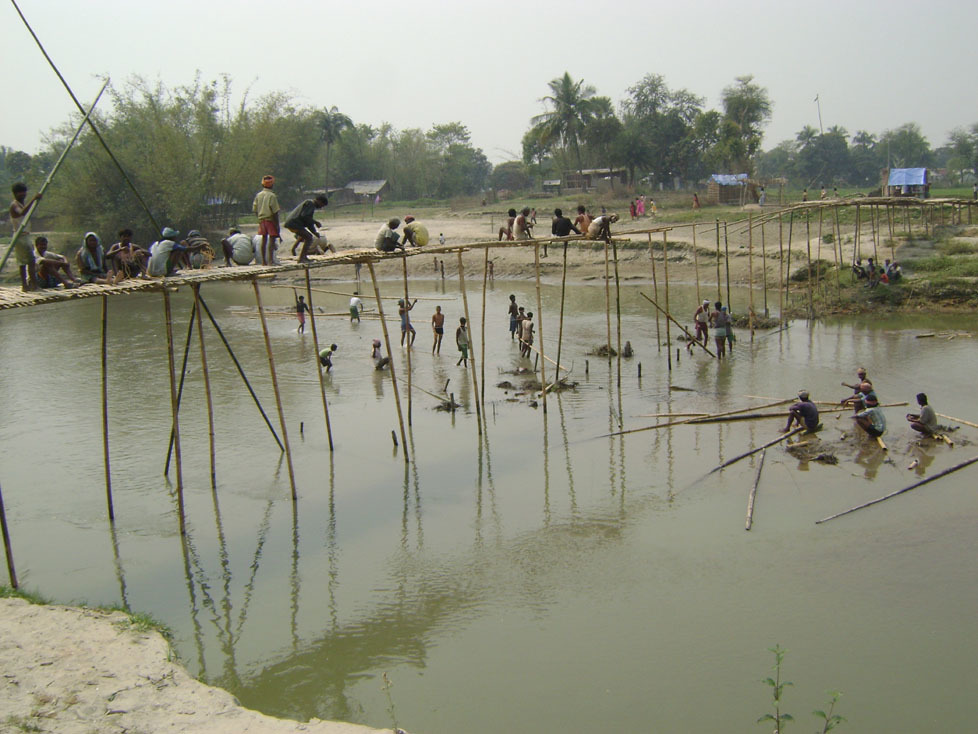 Every year, floods devastate people living on the banks of many rivers across India; be it the Ganges, the Brahmaputra or the Kosi - in their flooding fury, all cause annual annihilation. The 2014 floods in Kashmir, caused by the Jhelum or the floods of the Kosi river (Bihar) in 2008, are just some of the horrific examples. You would probably remember how in the Kosi river floods, the river changed its course completely and began flowing on a new path causing unprecedented devastation across hundreds of villages.

Sukhasan was one of the first flood affected villages where we started by sharing the concept of ‘Cloth for Work’ (CFW). That’s when the villagers narrated the disturbing story of thirteen children drowning in the river next to their village over the years. Our question to them was simple, “Will you build a bridge over the river so that this never happens again?” It was a ‘first’ for us as well but we had an unwavering faith in the wisdom and resources of these people.

For the people of Sukhasan in Madhepura district, Bihar, living on the banks of river Sursar (a tributary to the Kosi river), swelling up of the river in monsoons, was a fact of life. The absence of any bridge on the river forced the children to swim across to reach their school on the other side. This is why many children lost their lives crossing the river, scaring many parents into stopping their children’s education.

On the team’s nudge 50 villagers collected and contributed at least 1-2 bamboos and worked for several days. The incredible result was that this village community built for itself a 240x6ft bamboo bridge without any external expertise and advice. With this 7-8 villages got connected as hundreds of people, cycles and motorcycles could crossover! In essence a lot of other dots like local education, economy, infrastructure, communication etc. also got connected.

For the Goonj team this bridge became a huge inspirational story. By this time we had started to understand the power of CFW as a powerful barter between two new currencies; urban underutilized material and the labour & wisdom of locals, to create a strong sense of self-worth and dignity. This bridge was made without any engineer’s expertise with an expense of just 2,250, spent on nails, some wires and logistics. Everyone who took part in the activity received Goonj’s comprehensive “Family Kit” comprising urban under-utilized materials like clothes, shoes, utility items and other basic essentials as a reward for their efforts.

“We had never imagined that with such a small monetary input, just with the invaluable local wisdom, efforts and resources, a sturdy bridge could come up” says Anshu Gupta, Founder, Goonj.

Many bridges have since come up in Bihar and other places but this first one is special because it motivated the villagers to later demand a pakka (permanent) bridge. Today, if you go to Sukhasan, you will find a concrete bridge and the children running across to reach their school. 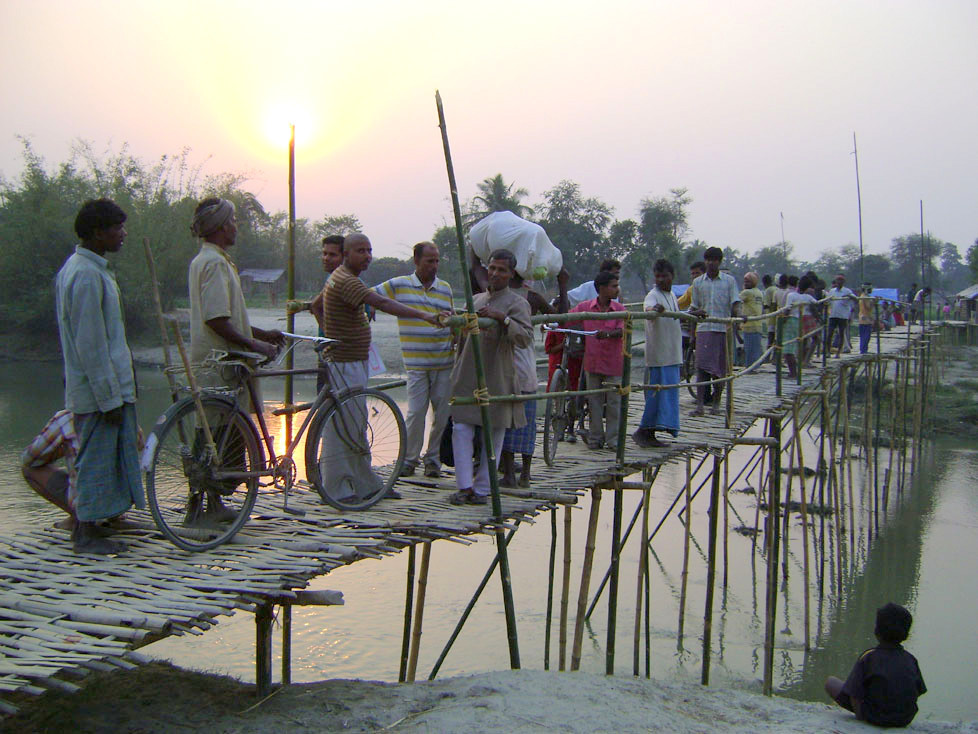 Find another project in India or in Economic Growth that needs your help.
Find a Project

GlobalGiving
Guarantee
Donate https://www.globalgiving.org/dy/cart/view/gg.html?cmd=addItem&projid=39735&rf=microdata&frequency=ONCE&amount=25
Please Note
WARNING: Javascript is currently disabled or is not available in your browser. GlobalGiving makes extensive use of Javascript and will not function properly with Javascript disabled. Please enable Javascript and refresh this page.