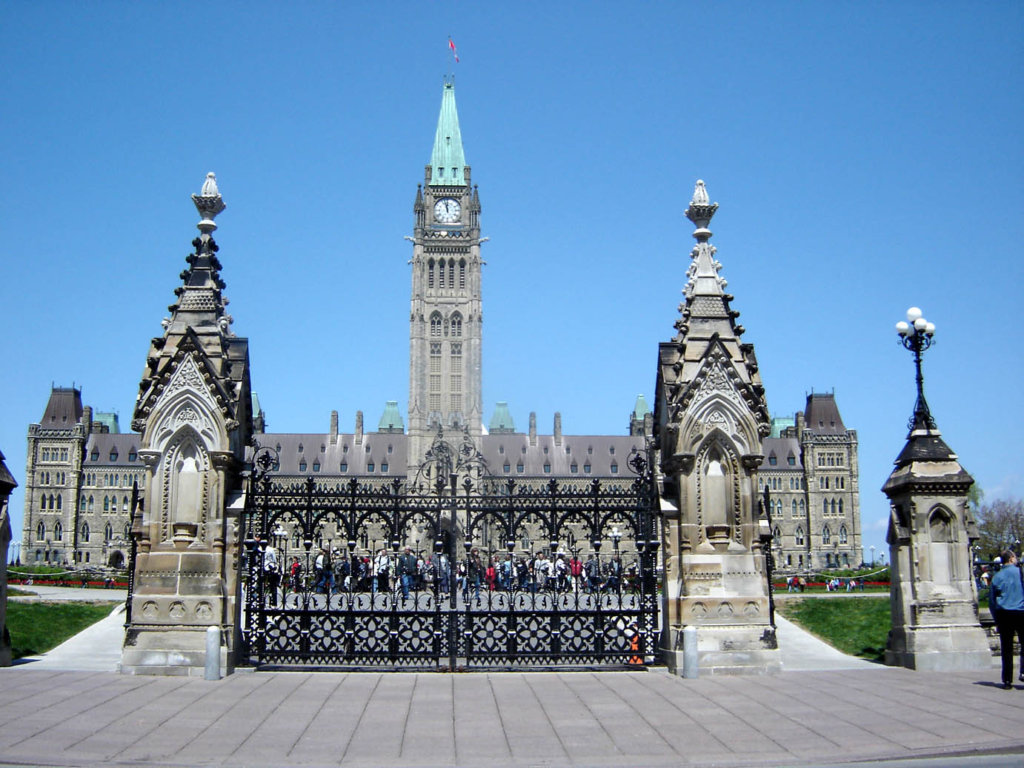 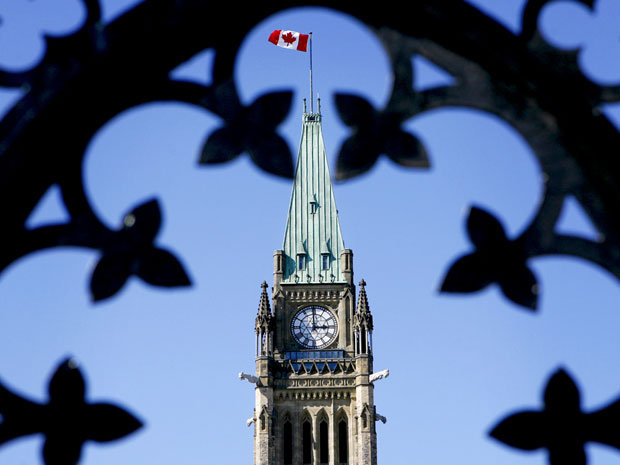 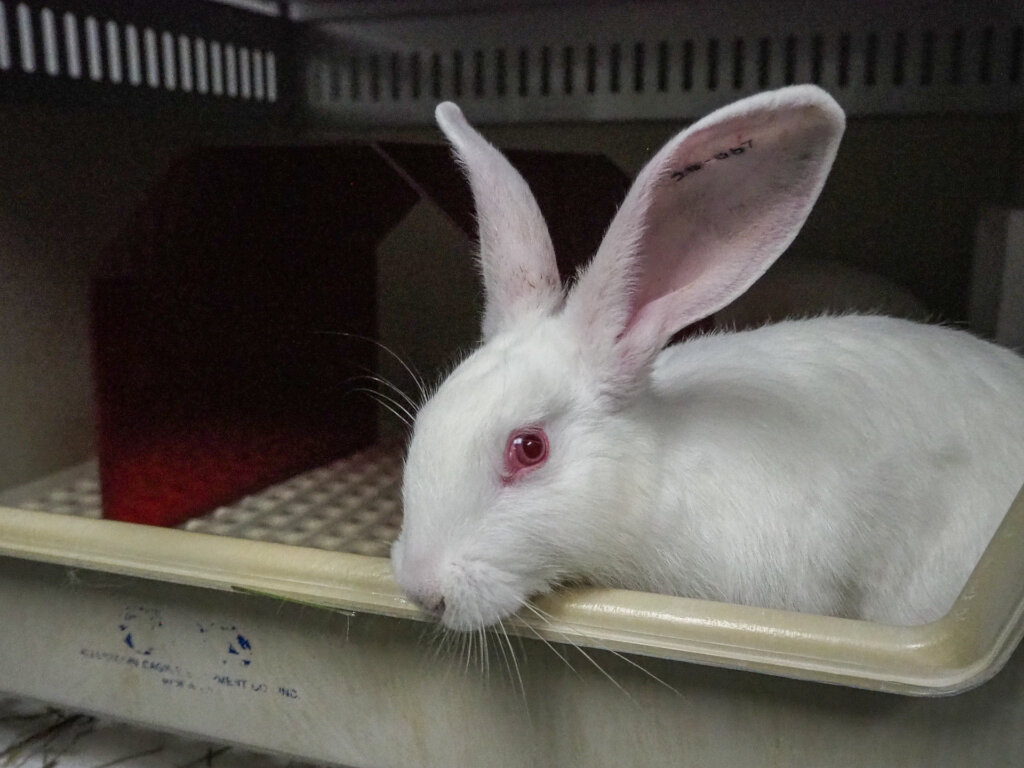 Through the months of May and June, the Senate Committee on Energy, Environment and Natural Resources engaged in many hours of discussion and deliberation on possible amendments. We were honoured to be invited to testify before the Senate Committee and raise concerns about the welfare of these animals. We outlined for Senators the devastating impacts of toxicity testing as well as the alternatives available, urging the committee to take important steps in creating a more humane country.

Humane Canada proposed a number of amendments to the bill that would mandate and accelerate the elimination of animal testing, including:

These amendments were brought forward by the Senate and included in the latest version of the bill that will now be considered in the House of Commons. We celebrate that this important bill now sets out concrete, legal requirements for the phased elimination of animal toxicity testing and supports the development of animal-free testing alternatives.

Right now, animals are still suffering in labs across the country as they are exposed to painful laboratory testing. Animals like rabbits, mice, rats, and even dogs are victims of this inhumane experimentation for results that are often inconclusive or insufficient.Toxicity testing is the most harmful type of animal use in Canadian science.

Humane Canada will continue our efforts to bring an end to all cosmetic and toxicity testing involving animals, and we are one giant step closer to making that a reality. We are grateful to the Honourable Senator Rosa Galvez for her commitment and leadership in bringing forward the important amendments and to all the Senators and animal welfare partner groups for their support.

Our progress and successes wouldn't be possible without your help. Donations are critical to support the work we do to better protect animals. Thank you.

Exciting progress being made for animals in Canada 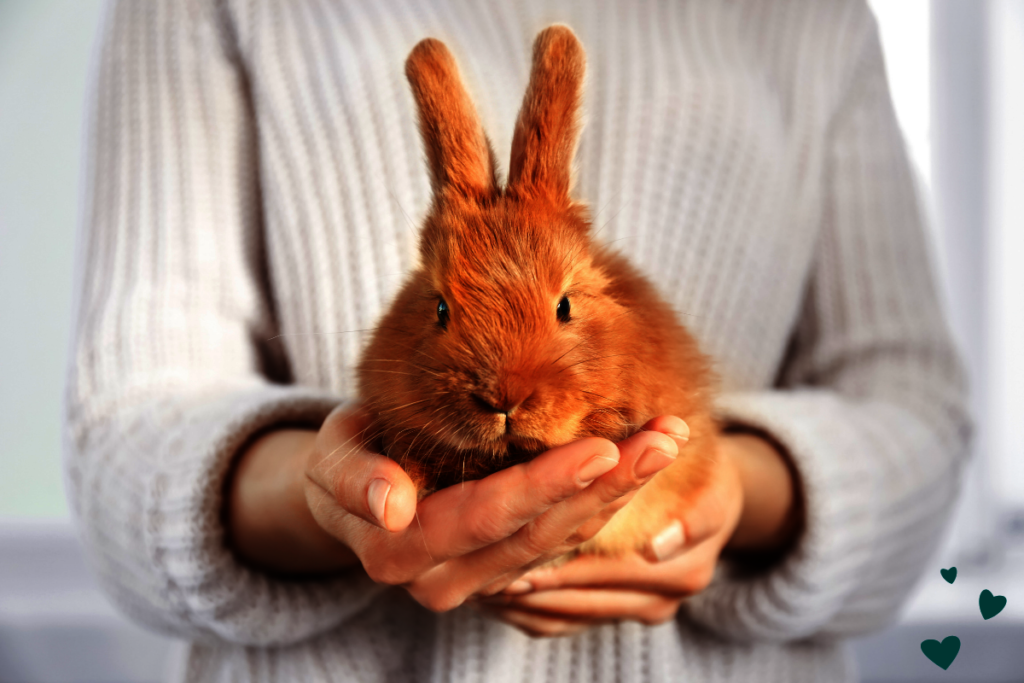 Thank you so much for your continued support to Humane Canada®, we are pleased to give you this update on the important work & game-changing protection happening for animals in Canada.

We are happy to share the great news that the Jane Goodall Act has been reintroduced! On March 22, 2022, Senator Marty Klyne reintroduced the new Bill S-241 with the support of Canada’s leading zoos and animal advocacy organizations, including Humane Canada. This game-changing legislation bans new captivity of great apes, elephants, big cats, bears, wolves, seals, sea lions, walruses, certain monkeys, and dangerous reptiles unless licensed for their best interests, including individual welfare and conservation, or non-harmful scientific research.

The Jane Goodall Act will ban the use of all designated animals in performance, and states that science, empathy, and justice require everyone to respect the biological and ecological characteristics and needs of animals. This Act will afford captive animals limited standing under the law, creates a permitting system for animal care organizations and will represent a unique coalition of government, animal welfare groups, and accredited Zoos. Stay tuned for more updates on this groundbreaking Bill.

Bill C-247, an Act to prohibit fur farming, proposes to put an end to commercial fur farming in Canada, following the success of an e-campaign by the House of Commons in which over 7000 Canadians called upon the Government to introduce a nationwide ban on fur farming for all species of animals.

The Liberal Party’s 2021 election platform contained several important commitments on animal welfare issues, and we are pleased to see them included in Ministerial mandate letters and developing legislation. You can learn more on how the Government is protecting animals in Canada on our website.

Thank you again for your support to Humane Canada and we look forward to keeping you updated on the progress being made to protect animals in our country. 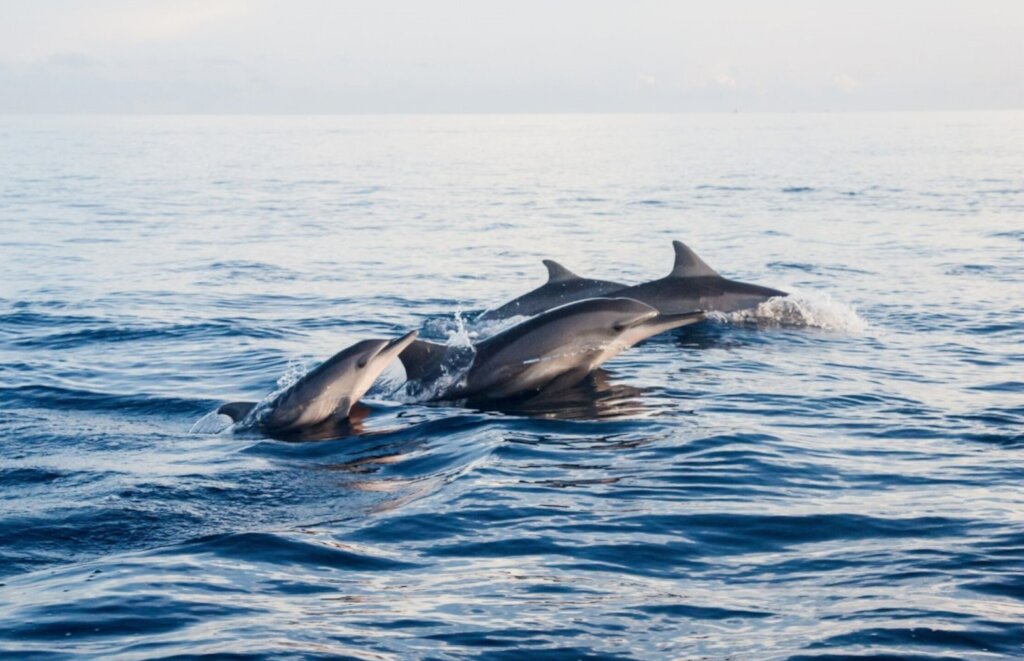 As 2021 ends we have more animal welfare milestones to CELEBRATE TOGETHER!  We are really starting to see our hard work in speaking up for animals bring us closer to the Humane Canada we all dream of… but we must keep the momentum going!

This past Fall, for the first time in known history, animals made it to the election platforms of the major parties! Why is this so important?  When governments listen and laws change, animals can be afforded the protection, resources and justice that they deserve.  Now we will work harder than ever to ensure that those promises are upheld and the voices of animals are heard because we can clearly see the difference that work is making through our efforts to update animal cruelty legislation!

You may remember that our support to draft, introduce and pass Bill S-203 in 2019 finally put an end to the captivity of whales, dolphins, and other cetaceans.  Now, two years later, on the 14th of December, MarineLand has been criminally charged for using captive Cetaceans for entertainment purposes.

These charges would not have been possible without the addition of an amendment to the code that Humane Canada helped to secure to make sure that remaining grandfathered captive cetaceans’ welfare would be protected within the law. Despite that law, MarineLand continued to make dolphins and belugas perform demeaning tricks in front of a crowd to earn their food. While we celebrate the victory of this charge today, many animals are still living in poor conditions and enduring chronic stress at MarineLand including Kiska, now known as “the loneliest whale in the world.”

With your support Humane Canada continues to strongly advocate for their welfare now with renewed hope that these sensitive, sentient beings can be released to better life in sanctuary and not sold to another park for entertainment.

Thanks to donors like you we will continue to bring justice for animals, pushing for updates to our inadequate animal cruelty laws and recognition of animals as sentient beings who feel and experience pain and emotion. We will continue to keep you updated on this important work.

Let's keep moving the needle forward for animal welfare into 2022! From our team at Humane Canada, we wish you a wonderful holiday season and a happy and healthy New Year! 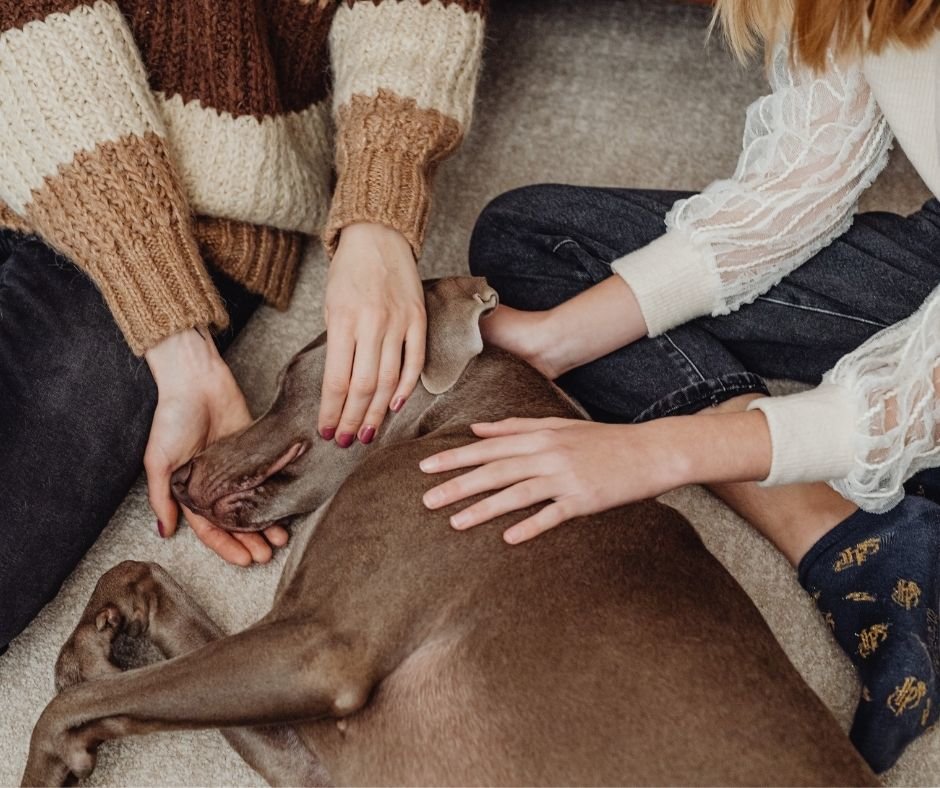 We are pleased to share with you another big success in our work to better protect animals and to have those in the justice system understand the links between animal violence and human violence.

On May 6th, 2021, Bill C-3 to Amend the Judges Act and the Criminal Code, passed into law. This Bill requires that new judges agree to undergo training on sexual assault and systemic racism before they're appointed to the bench.  Why is it good news for animals? We are happy to say that our proposal for Judges to be trained on the Violence Link was accepted!

Violence Link crimes victimize some of the most vulnerable in our society. Perpetrators use animal abuse to coerce, control, and intimidate women, children and elders to be silent about their abuse, preventing them from leaving, and force them to return. Animals and their abuse are often invisible in these crimes, and this training will ensure judges better understand the Violence Link as they preside over cases.

Humane Canada submitted a statement and an observation asking the Canadian Senate to include training on the Violence Link in this bill, and we are so pleased that it was accepted.  As we continue to drive forward with our goal to secure stronger animal cruelty legislation, we are working to have animals recognized as victims in the Criminal Code, to ban puppy mills and to ban cosmetic testing on animals. It is a slow process but we have seen significant change recently toward a more Humane Canada.

Thank you so much for your generous donation and support of Animal Cruelty Legislation, we will continue to keep you informed and updated on this important work.

Federal Recognition of the Violence Link in the Divorce Act 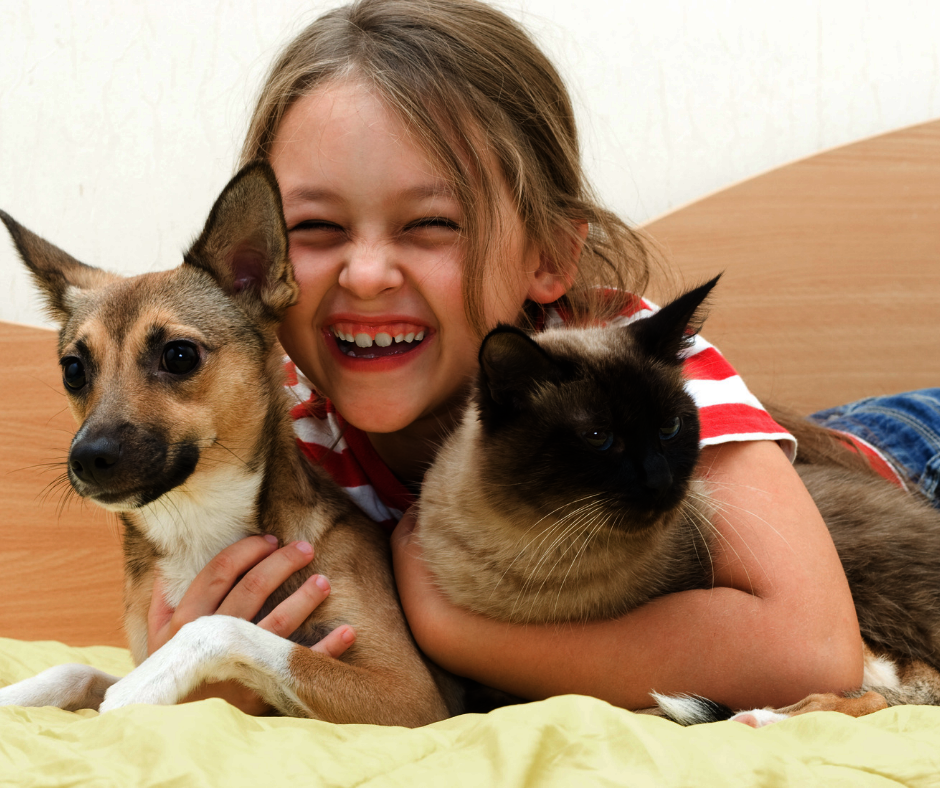 a happy young girl with a dog and a cat

On March 1st, 2021 new amendments to the Divorce Act 1985 came into force. The amendments shift the focus away from custody and access and instead put the best interests of the child first.  In determining the best interests of the child for the purposes of making a parenting order or a contact order with a child, the court now considers a list of factors set out in Section 16(3) including family violence and its impact.  Family violence is defined in Section 2 as:  “any conduct, whether or not the conduct constitutes a criminal offence, by a family member towards another family member, that is violent or threatening or that constitutes a pattern of coercive and controlling behaviour or that causes that other family member to fear for their own safety or for that of another person — and in the case of a child, the direct or indirect exposure to such conduct.”  Specifically, the definition of family violence includes:  “threats to kill or harm an animal or damage property; and the killing or harming of an animal or the damaging of property”.  This change signals legislative recognition of the Violence Link. For example, in theory, where a spouse A has used threats to kill or harm a family pet as a means to control Spouse B, the court can take this into account in assessing the ability or willingness of Spouse A to take care of the child.  This is a welcome step in the right direction.

Project Leader:
Barbara Cartwright
Ottawa, ON Canada
$8,509 raised of $9,000 goal
You last donated to this project on
211 donations
$491 to go
* Amounts in US Dollars
Donate Now
Donate once
Donate monthly
$10
USD
allows us to continue to engage Canadian MPs on the need for stronger animal cruelty legislation
›
$25
USD
will help us work with all political parties to set up an animal welfare caucus
›
$50
USD
will help set up efforts to affect change at the constituency level
›
$100
USD
funds entry of case law into National Center for the Prosection of Animal Cruelty
›
$250
USD
funds important education for the legal community
›

Make a monthly donation & get matched today at 100% while funds remain. Terms and conditions apply.
Give the gift of stability in a time of instability. Set up an automatic, monthly gift now and get matched at 100%—because the COVID-19 pandemic has hurt us all, and it will take all of us to overcome it. Terms and conditions apply.
Monthly giving is as easy, safe, and as inexpensive as a Netflix subscription. Start a monthly donation to Humane Canada today and get matched at 100%. Terms and conditions apply.
$10
USD
monthly
allows us to continue to engage Canadian MPs on the need for stronger animal cruelty legislation
›
$25
USD
monthly
will help us work with all political parties to set up an animal welfare caucus
›
$50
USD
monthly
will help set up efforts to affect change at the constituency level
›
$100
USD
monthly
funds entry of case law into National Center for the Prosection of Animal Cruelty
›
$250
USD
monthly
funds important education for the legal community
›

GlobalGiving
Guarantee
Donate https://www.globalgiving.org/dy/cart/view/gg.html?cmd=addItem&projid=9826&rf=microdata&frequency=ONCE&amount=25
Please Note
WARNING: Javascript is currently disabled or is not available in your browser. GlobalGiving makes extensive use of Javascript and will not function properly with Javascript disabled. Please enable Javascript and refresh this page.