by Community Foundation for the Western Region of Zimbabwe 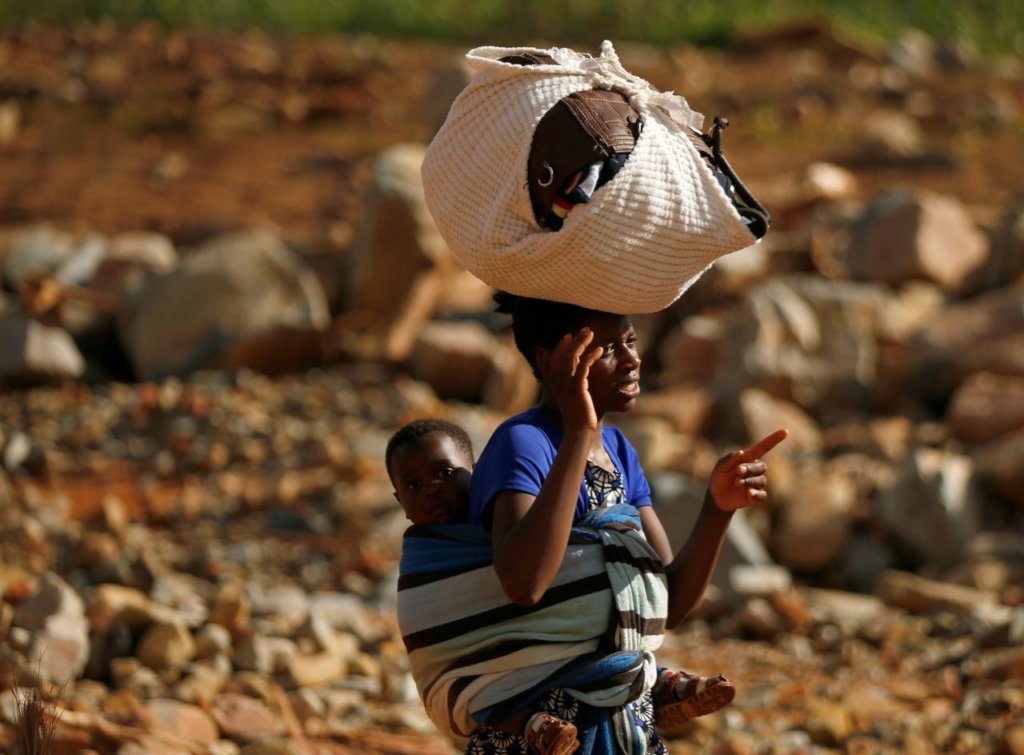 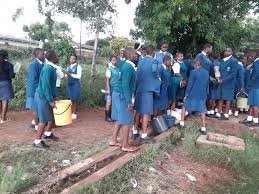 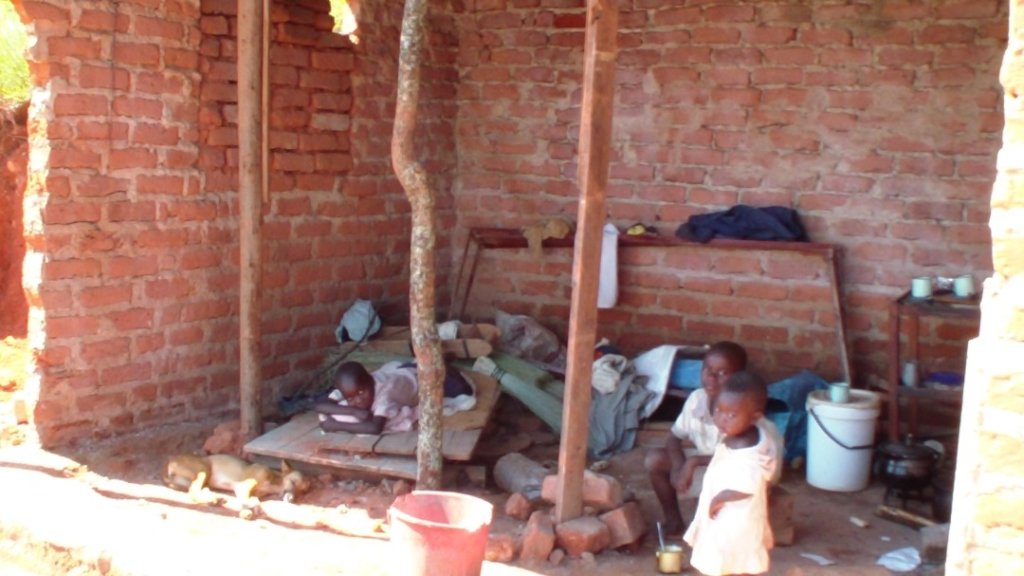 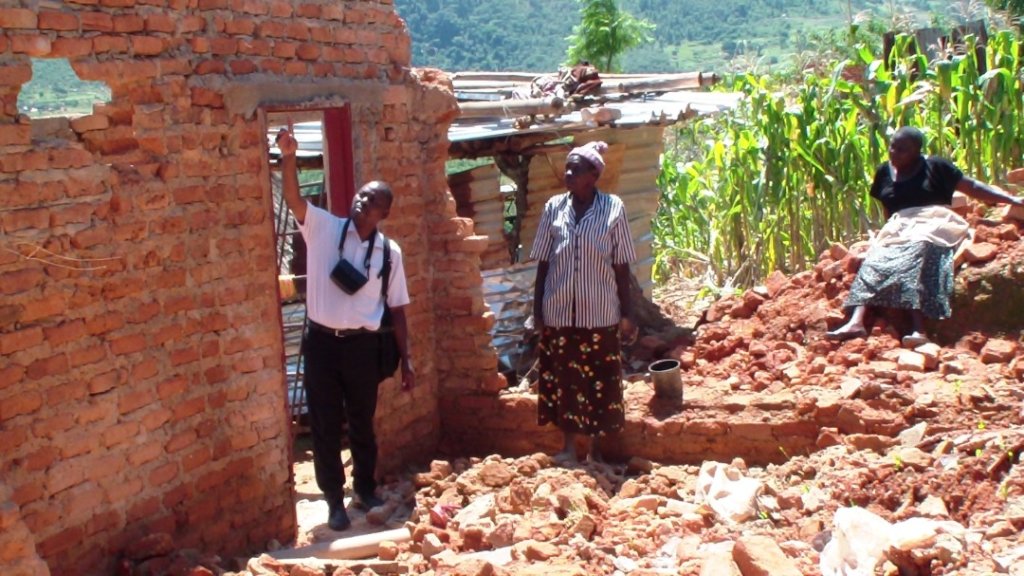 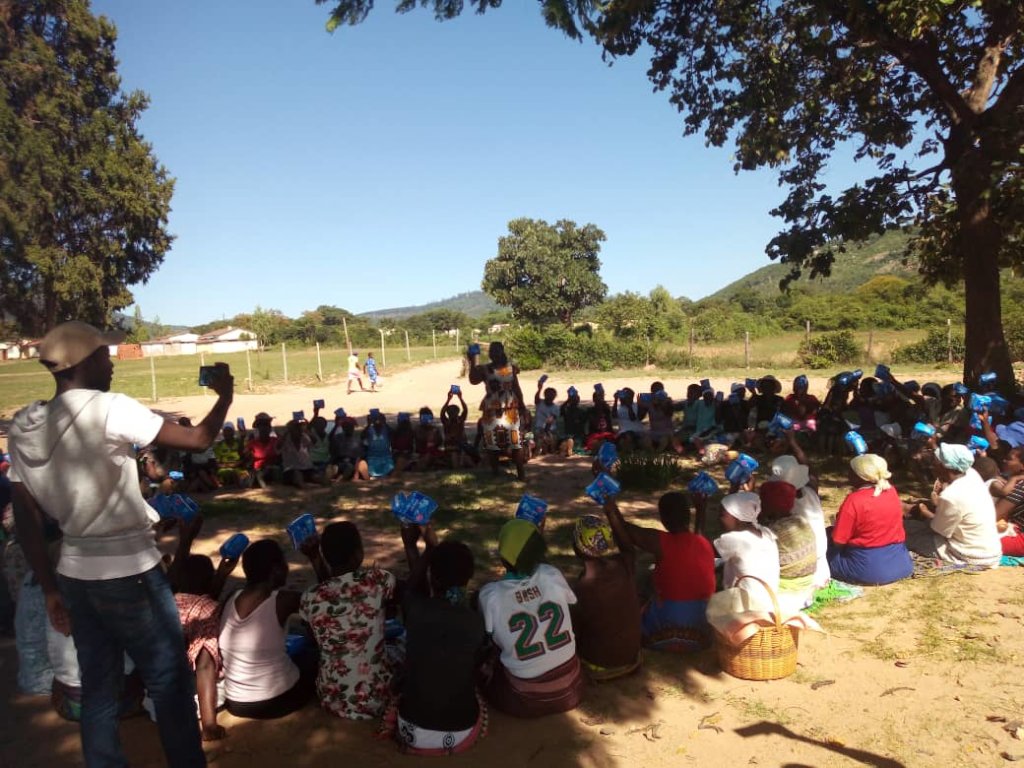 When cyclone Idai hit southern Africa last year, it left a devastating trail of destruction, leaving many people especially women in s state of distress. They were left without basic hygiene and sanitation. As many of their homes had been destroyed, they were forced to move into the temporary camps that had been erected for all victims. This meant therefore that their basic right to dignity had been taken away from them.

In a bid to lighten the burden for these women, the Community Foundation for the Western Region of Zimbabwe sought to raise a total of US$9000 000.00 to procure hygiene kits comprising of sanitary pads and other toiletries for a period of three months to 13 000 women in the Chimanimani area. We were however unable to raise this ambitious goal but managed to raise a total of US$652.00 through the GlobalGiving Platform.

With the funds received, the Community Foundation for the Western Region of Zimbabwe subsequently mobilised a total of 432 packets made up of 10 sanitary towels each. For easy distribution, as the beneficiaries are located in the outskirts of Mutare District, the organisation partnered with ASAP, a local Non-Governmental organisation that operates from the affected area. This partnership followed a discussion between the two organisations on the effects of the natural phenomenon which hit the Eastern parts of the country in March 2019. ASAP distributed the donation to women in Chishakwe ward and compiled a list of the beneficiaries.

Some of the testimonies from the beneficiaries are as follows:

“We are very grateful for the donation we have received. Pads are very expensive and most of us cannot afford them. This comes as a relief and on behalf of everyone I’d like to say thank you very much” said Abigail after receiving her packet of the sanitary wear.

Vivian  who also benefitted from the donation said that they are sometimes forced to use unhygienic material in place of sanitary wear because they cannot afford pads.

ASAP Officers also took time to teach the women on menstrual hygiene as it has a health impact. Studies have shown that if neglected, it leads to toxic shock syndrome, reproductive tract infections and other vaginal diseases.

Although we were unable to reach our target of US$900 000 and will not be able to provide the sanitary wear for the envisioned period, the Community Foundation for the Western Region of Zimbabwe is grateful to you its donors for your support in empowering young women. The sanitary wear received may not last a life time but will indeed give these young women one less thing to worry about for a while. Also their dignity will be restored and their health protected. 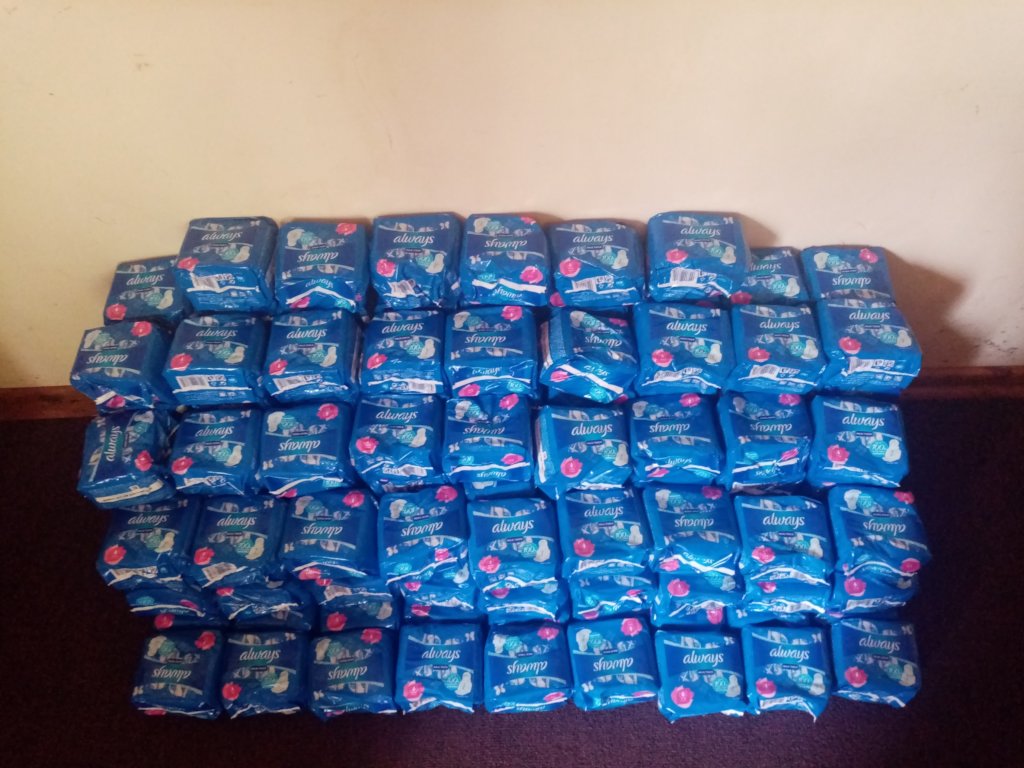 Some of the pads delivered to ASAP Offices 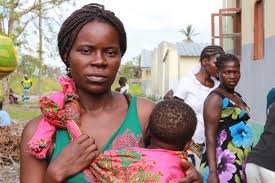 When natural disasters occur, organisations and even individuals make vigorous efforts in providing relief to the affected communities. The Community Foundation for the Western Region of Zimbabwe is also counted amongst those organisations that sought to ease the burden of those affected by the trail of destruction left by Cyclone Idai in March 2019, paying particular attention to the girl child and women.

The organisation had an ambitious goal of raising USD900 000,00 so as to buy hygiene kits made up of sanitary pads, bath soap and towel, petroleum jelly, washing powder, tooth paste and tooth brushes for 13 000 women in the Chimanimani area for a period of three months. Although the situation may have calmed down by now and people have started reconstructing their lives physically, mentally, emotionally and even socially, there are still those that cannot afford basic necessities such as sanitary wear.

With the funds received from you, that is, a total of USD652, 00 Community Foundation for the Western Region of Zimbabwe will purchase sanitary pads and distribute them to selected women in the Chimanimani area. Considering that we were unable to meet our target, it will no longer be all the 13 000 women that will receive the donations. CFWRZ will work closely with ASAP, a Non- Governmental Organisation operating from the area to select those that are in most need of sanitary wear.

The Community Foundation for the Western Region of Zimbabwe will continue seeking for donations from both the local and international community. These donations can either be in cash or in-kind. The women in Chimanimani are at a greater disadvantage because not only is sanitary wear and other hygiene items inaccessible but these items, as necessary as they are, are also very expensive. Providing them with hygiene kits will lighten their burden and grant them peace of mind.

As we celebrate the International day of the girl child, the Community Foundation for the Western region of Zimbabwe appeals to the global community to consider the rights of the girl child by donating towards the provision of sanitary wear to the young girls in Chimanimani. We therefore appeal to you to share this initiative with your networks so that together we work towards empowering the girl child. 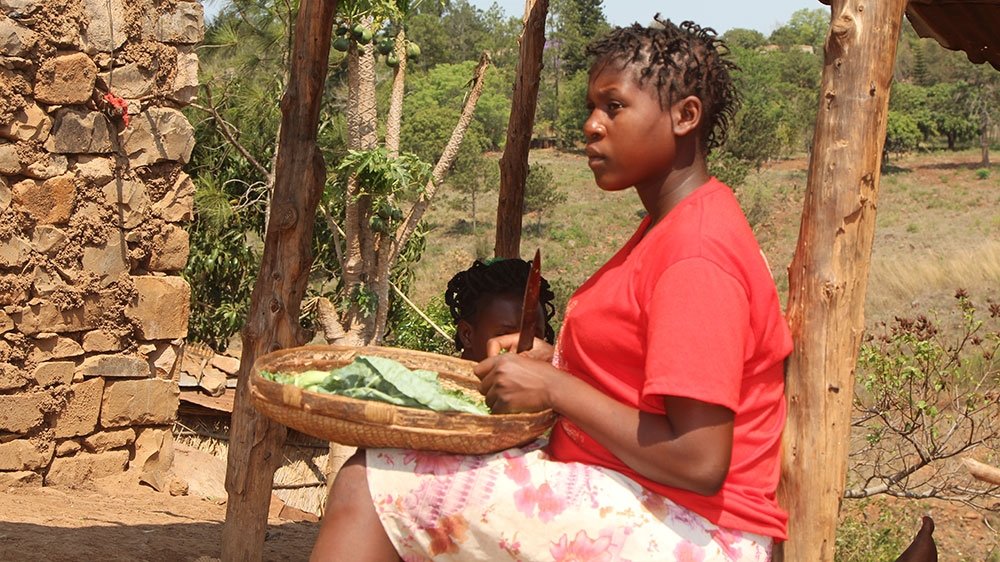 When cyclone Idai hit southern Africa it left a devastating trail of destruction. Many were left homeless after their homes were destroyed and all of their belongings taken away. Women were especially affected by this disaster as they were left with no access to hygiene and sanitation equipment. With no hygiene related items, the lives of these women and children is unbearable thus affecting their health and general well-being.

The Community Foundation for the Western Region of Zimbabwe sought to alleviate the plight of 13 000 young women in Chimanimani by providing them with hygiene kits made up of sanitary pads, bath soap and towel, petroleum jelly, washing powder, tooth paste and tooth brush to 13 000 women in the Chimanimani area for a period of three months. By providing them with these, CFWRZ wants to ensure that basic hygiene practices are improved in the affected areas.

Through the GlobalGiving platform we managed to raise a total of US$652.49 from 5 donors. Although this is way below the target, CFWRZ is grateful to you for donating towards this noble cause. The money raised so far will be used to purchase a fraction of the hygiene kits.

In order to match the funds raised, CFWRZ plans to run a fundraising campaign billed “Buy a pad” Through this campaign individual members of the public and institutions would be asked to donate sanitary pads towards the project Alleviate the plight of Cyclone Idai Survivors These shall be collected and transported to the affected areas for distribution. Community Foundation for the Western Region of Zimbabwe will work with ASAP; a local organization to ensure that distribution is done accordingly.

In as much as we will continue to find means of mobilizing these much needed hygiene kits, we still require your support in raising the funds. Sanitary wear is one fundamental necessity for women. The women in Chimanimani are at a greater disadvantage because not only is sanitary wear not readily accessible to them but also unaffordable. Providing them with the hygiene kits will indeed lighten their burdens.

The Community Foundation for the Western Region of Zimbabwe will be participating in the GlobalGiving July Bonus Day which will be on Thursday, July 18, starting at 9:00 a.m. ET. In light of this, we are appealing for support in the campaign. If we push one more time we will be able to achieve our goal. Kindly share this initiative within your circles. 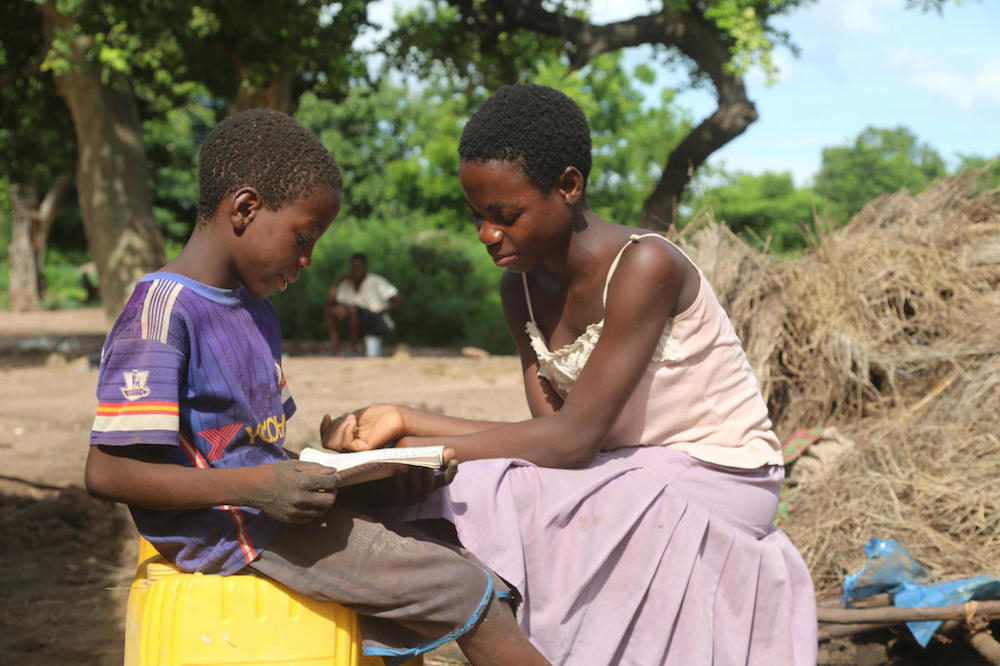 Community Foundation for the Western Region of Zimbabwe

Find another project in Zimbabwe or in Disaster Response that needs your help.
Find a Project

GlobalGiving
Guarantee
Donate https://www.globalgiving.org/dy/cart/view/gg.html?cmd=addItem&projid=39501&rf=microdata&frequency=ONCE&amount=25
Please Note
WARNING: Javascript is currently disabled or is not available in your browser. GlobalGiving makes extensive use of Javascript and will not function properly with Javascript disabled. Please enable Javascript and refresh this page.