Six months after Hurricane Maria barreled into this coastal town in Puerto Rico, residents reflect on how far they’ve come, and where they’d like to end up.

The children of Punta Santiago will tell you how the ocean came into their homes.

They’ll tell you how their parents tied them to their waists with rope and plowed through saltwater in search of safety.

They’ll tell you how their town is racing to make sure they’re prepared if it happens again.

It’s been six months since Hurricane Maria barreled into this small town in Humacao on the southeastern coast of Puerto Rico. Little more than two months now stand between its 5,000 or so residents and the next hurricane season.

One nonprofit, Programa De Educacion Comunal De Entrega Y Servicio, Inc., or P.E.C.E.S., is at the center of the effort to rebuild, stronger than before, and reverse the bleak economic reality for the people of Punta Santiago, who are up against an aging population, a poverty rate of 43%, and a median household income of $21,000.

“We’re at a critical moment where we can change the future,” said P.E.C.E.S. Founder Nancy Madden, a former Catholic nun from Atlanta, Georgia. “We’re running ahead of the government,” she said. “The next hurricane season starts in June, and we have to be ready.” Someone in Punta Santiago scrawled this plea for help in white letters across the black macadam of an intersection. In the days, weeks, and months after Hurricane Maria, the town was suspended in a virtual state of darkness, with no electricity, a shrinking supply of potable water, and spotty cell phone service.

Six months later, the frantic message remains on the road, a reminder of both how far the fishing hub of Punta Santiago has come since Maria and where its residents want to end up.

The deadliest hurricane to hit Puerto Rico since 1932 hurled into Punta Santiago’s side on Sept. 20, 2017, making landfall about 22 kilometers south with wind speeds of 155 miles per hour. It consumed an iconic fishing dock, spitting its wooden planks into the air and onto people’s lawns. Roofs were torn off. Trees were uprooted. Homes were submerged under salty water.

“Almost everyone in Punta Santiago has PTSD, including me. When it rains, I get a tight chest. I can’t breathe. Everybody is living with some of that … I studied it in books, but I never thought it would happen to me,” Madden told GlobalGiving staff in February as the wind, stronger residents say ever since Maria, whipped around her salt-and-pepper hair. This dock in Punta Santiago is still in disrepair six months after Hurricane Maria hit. Photo by Britt Lake

It took months and months to haul the debris from people’s yards. Big piles of twisted metal roofing and broken tree limbs still dot the street sides. Electricity is only partially restored and still unreliable; some, even in Puerto Rico’s capital, San Juan, have power by generator only. Residents estimate about 16-20% of homes remain disconnected.

“I can look out over Punta Santiago at night and count the number of houses with electricity,” Madden said.

Hurricane Maria has indelibly altered life in Punta Santiago. But there’s a sense of possibility despite all the loss. The hurricane destroyed José L. Aponte Cruz’s beachside restaurant and his car.

“After the crisis, we cried and screamed. But now we want to rise,” said Cruz. “We are trying to get back on our feet, by the grace of God.”

It’s too expensive for Cruz to rebuild his restaurant, so he now cooks and sells grilled meat and fried food to a loyal contingent of customers from a makeshift tent in his front yard. This same area, he points out, was covered under 5-feet of Maria-stirred water and sewage not too long ago. P.E.C.E.S. is working with Cruz to help him access aid and develop a sustainable business plan. Cruz is one of nearly 44,000 people in 13 municipalities that P.E.C.E.S. has helped since Maria made landfall. The nonprofit has delivered more than 250,000 pounds of food and other supplies to hurricane-impacted families, coordinated health and psychological services to 600 people in need, and donated nearly 50 diesel generators to powerless homes—a project still in progress when I visited Punta Santiago in late February.

“There is a sense of empowerment—a can-do attitude—that was not there before the hurricane,” said Janice Petrovich of the entire island. Petrovich is the executive director and vice president of Red de Fundaciones de Puerto Rico Inc., which also funds P.E.C.E.S.

When Madden’s parish informed her that her assignment in the once-thriving port town of Punta Santiago would shortly come to end, she couldn’t bring herself to leave. The community needed a school, and it had finally marshaled the resources to get it started. This was a chance to impact lifetimes on an island in the grip of painful, debt-related austerity measures and a profound shift to a knowledge-based economy. P.E.C.E.S. was founded in 1985.

More than 30 years later, P.E.C.E.S. has sharpened four programmatic areas: education, youth intervention and health, sustainable economic development, and community development. Its leadership sees the four areas as the key to a brighter future for Punta Santiago—and all of Puerto Rico. Post-Maria, disaster preparedness, including resilient housing projects, is an interwoven priority, too.

The heart of P.E.C.E.S. is still its school, a sturdy building with multiple classrooms and a covered, outdoor arena that somehow stood up well against Hurricane Maria.

“Hello, sister,” students greeted Madden as she walked through the school’s hallways in late February. Inside one classroom, an English teacher finished the hour’s lesson about storytelling in films. Outside, a gym teacher led a group of energetic students through a series of stretches. Under the arena, a P.E.C.E.S. community organizer hosted a workshop with residents to set hurricane-recovery priorities.

Six months after Maria, P.E.C.E.S. leaders worry a lot about the impact of the storm on youth. The hurricane destroyed some of the few resources that had been carved out for them, and P.E.C.E.S. is lobbying to restore them.

“What will happen to our children if they don’t have a playground or a basketball court?” asked Servando Diaz, a P.E.C.E.S. consultant. Maria mangled both in Punta Santiago.

A former urban planner, Diaz abandoned his retirement plans—which included lots of time on the golf course—to help Punta Santiago rebuild. “You have to have a place for the kids,” he said. “A basketball court, a place to dance, those are the simple things that a community needs.”

“Children don’t understand why they don’t have lights for five months, or understand why mommy doesn’t have any money because she’s spending it on gas for a generator,” she said.

Investing in the children of Punta Santiago is critical to its future resilience to crises, P.E.C.E.S. leaders said. Many original graduates of the P.E.C.E.S. school now have children who attend.

“Thirty years ago, we did not have the leadership we have now. Because of P.E.C.E.S., all sorts of small businesses have been established, and it’s what families live off of,” Arroyo said.

Madden puts it this way: “Once you become a protagonist in your own future, that’s the antidote to PTSD.” On the P.E.C.E.S. campus, just behind the school, a new windmill juts into the sky, its silver blades whirring.

The Rotary Club donated the windmill to P.E.C.E.S. after its S.O.S. message went viral. It is designed to filter saltwater, via wind and solar power, and produce up to 5,000 gallons of potable water per day. Its first batch of water tested positive for harmful bacteria, but P.E.C.E.S. hasn’t given up. Results from another batch of water should come back any day now, Madden told me.

The gleaming structure, like the S.O.S. message that has yet to fade, is another symbol.

“What we have to say, and with great firmness, is that this is an incredible opportunity,” Madden said. “We have found what we can do together,” she later added, “and we know we can do even more things together. So, there’s great hope.” 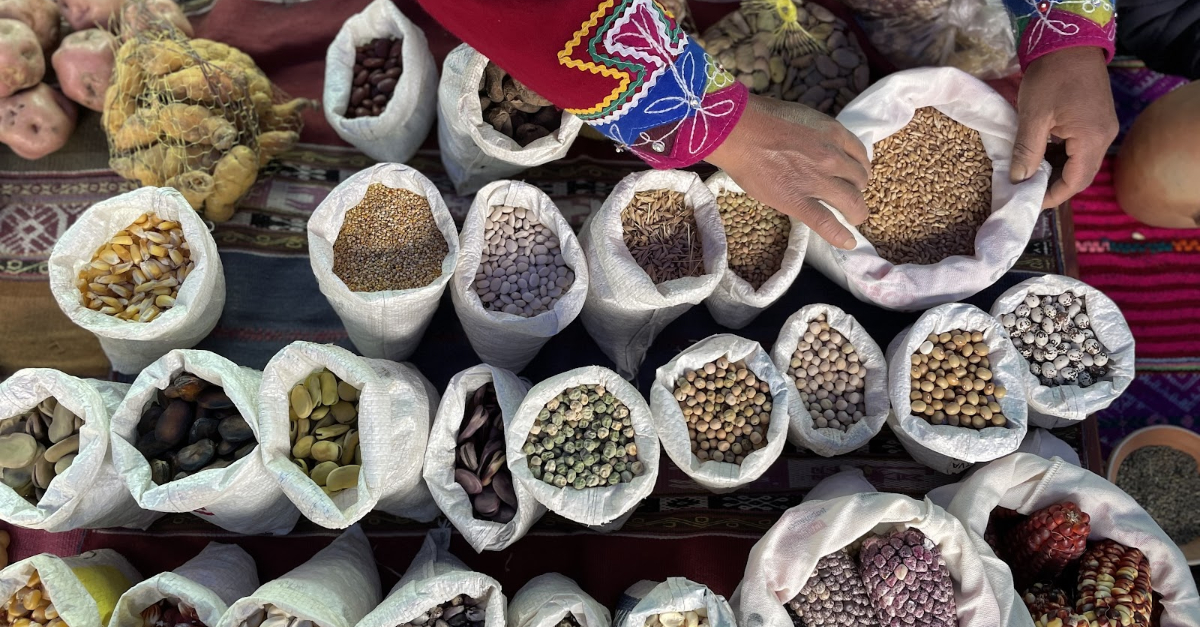