Why Are Some Communities Turning To Nature To Prevent Disasters?

We’re living in a time when hurricanes turn highways into fast-moving rivers and trigger month-long food shortages. But are disasters like these natural? Or are we pushing nature past its limit? Learn why some nonprofits are turning toward natural solutions to reduce disaster risk in their communities.

“This place was built on a swamp” was a common expression Kristen Schlemmer heard growing up in the Houston suburbs.

For Kristen, that swamp was also a natural playground to escape her otherwise concrete and car-lined neighborhood.

It wasn’t until later that Kristen made the connection between the flooding and their homes being built over a swamp.

Has Houston always had a flooding problem?

Yes and no. The area that surrounds modern-day Houston has always experienced heavy rainfall. The Karankawa and the Atakapa Indigenous peoples lived with the land’s natural flooding cycles for at least 2,000 years before settlers arrived and eventually spread across the land in the 1830s. The settlers viewed the natural floods as a barrier to building towns and farms at a large scale, so they cleared as much of the coastal ecosystems as they could.

This made Houston the swamp Kristen grew up playing in. But by that time, the city was already filling the wetlands at an increasing rate.

Since 1992, the Houston metropolitan area has lost up to 70% of its wetlands.

Today, less than 1% of the original coastal ecosystem remains.

After a series of devastating floods, city developers built drainage channels and sewers to rapidly move the water away from the city.

The only problem? In times of disaster like 2017’s Hurricane Harvey, which unleashed 9 trillion gallons of water in just two days, the channels are designed to burst into the roadways.

“This is a city run by cars, and sending its residents to sit in gridlock on the thoroughfares and freeways designed to become rivers during flooding would have doomed them to death by water,” journalist Ian Bogost wrote in the Atlantic as an explanation for why Houston didn’t issue evacuation alerts.

When it was all over, Hurricane Harvey left Houston with more than 100 deaths, 135,000 destroyed homes, and $125 billion in damages.

As the climate crisis continues to cause more hurricanes due to global sea level and temperature rise, experts fear that Houston will be hit by “once-in-a-lifetime” storms like Hurricane Harvey more often.

Yes, most climate scientists agree that the climate emergency will lead to more droughts, intensifying storms, and continued impacts on the processes of desertification, land degradation, food security, soil erosion, and more.

Disasters and the climate crisis impact nearly every social issue—from food access to animal welfare. They can wipe out entire agricultural fields, causing food shortages or adding to the challenges in communities where access to food was already limited.

That was partially the case in the aftermath of Hurricane Maria, another disastrous 2017 hurricane. Hurricane Maria left Puerto Ricans without electricity and sufficient food for months. About 85% of the island’s food is imported, and delivery delays prolonged food shortages, according to the team at ASPIRA Inc. de Puerto Rico. The disaster sparked a local food revolution across the island. ASPIRA is part of that movement. They provide agricultural education to local students to improve the island’s food security.

Around the world in northern India, the team at ROSI Foundation believes the 2006 tsunami would have had a less severe impact on coastal communities if the mangroves were still in place. Where were these life-saving coastal trees? Chopped down and used as firewood, according to their project page dedicated to wetland mangrove conservation.

The pattern suggests that changes in human behavior and a focus on profit and development over long-term community interests can worsen the impacts of disasters. Which brings us to a broader question:

And while it’s true that no solution can banish hurricanes or stop the planet’s weather patterns, these advocates argue that we can keep weather hazards from becoming the catastrophic disasters we’ve grown used to.

What are natural solutions?

Nature-based Solutions (NbS) or natural solutions are defined by the International Union for Conservation of Nature as “actions to protect, sustainably manage, and restore natural or modified ecosystems that address societal challenges and provide human-well being and biodiversity benefits.” In short, maintaining the ecosystems that help us.

Indigenous communities have long used their deep-rooted knowledge of natural solutions to prepare for and mitigate the damage caused by disasters.

Kristen believes they’re a critical part of the solution. After spending her childhood playing in the wetlands of a northeast Houston suburb, she’s now working to preserve those ecosystems as a Legal Director and Waterkeeper at Bayou City Waterkeeper. The nonprofit works with historically underserved communities to develop equitable flood plans and advocate for policies that use natural systems to protect communities from flooding.

The evidence for natural solutions as effective and cost-efficient ways to prevent flooding is on Bayou City Waterkeeper’s side. One acre of wetlands can typically store 1-1.5 million gallons of floodwater. In the Gulf region, every dollar spent on wetland restoration can yield more than $7 in flood reduction benefits.

“My pocket of Houston was built on a swamp that was intended to take on floodwaters. Had we taken that into account from the start, we could have saved people a lot of heartache over the last decade in particular,” Kristen said as she reflected on the statements she always heard growing up.

But the harm has already been done. And Kristen and her team at Bayou City Waterkeeper aren’t confident it can be reversed solely by building complex and costly infrastructure (like coastal barriers), as some are pushing for.

“We can’t wait for a silver bullet solution that will take decades to build and poses significant risk to our ecosystem,” Jordan Macha, Bayou City Waterkeeper

They know they need to work with nature and the people most affected by Houston’s floods to prevent more harm. Because harm always has multiple layers.

“We often focus on the inequities of disasters, but what we’ve seen in Houston is that disasters affect everyone. But some communities have the means to recover, and some don’t,” Kristen said.

Lower-income communities and communities of color often live in segregated neighborhoods that are most vulnerable to flooding or near wastewater treatment plants that could discharge sewage into their homes during the next hurricane, which was the case after Hurricane Sandy in 2012.

To position the people most impacted by the floods at the forefront of change, Bayou City Waterkeeper has worked with the Coalition For Environment, Equity, and Resilience to develop a community flood resilience task force. This puts community members affected by flooding in a direct advisory role to the county government—so they can advocate for equitable natural solutions that work for everyone. “We are making strides to ensure all our communities are protected and that we are working with—rather than against—nature for our long-term resilience,” Jordan said.

Want to support nonprofits that use equitable natural solutions to prepare their communities for disasters? Set up a monthly donation today, and we’ll match your gift at 100%.* 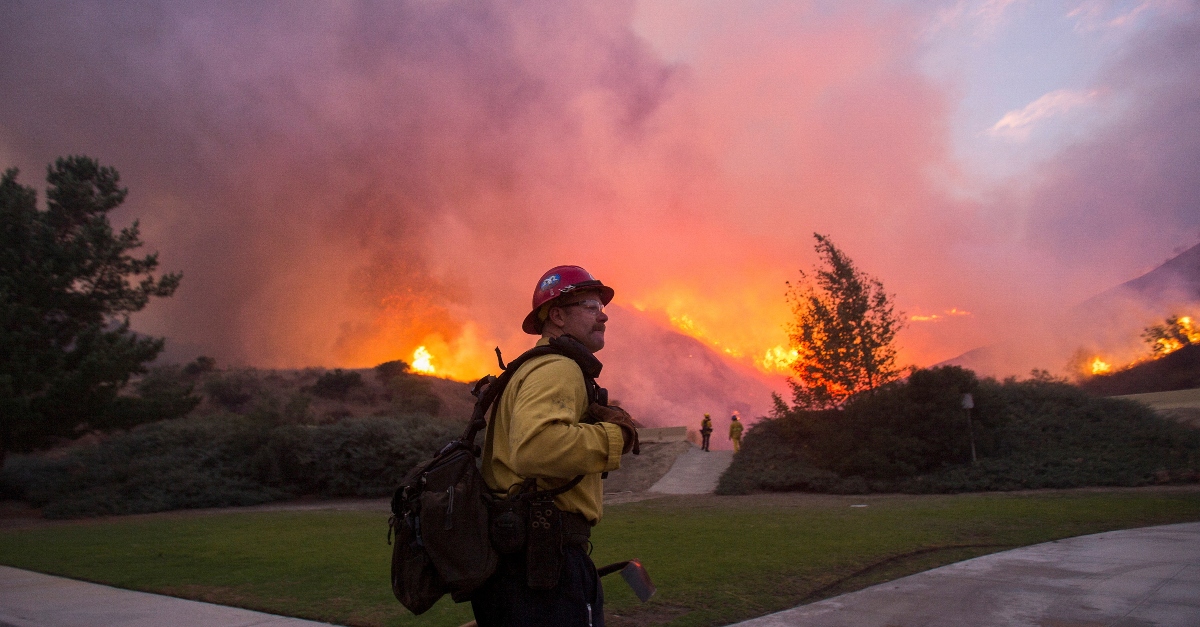 The End Of Wildfire Season