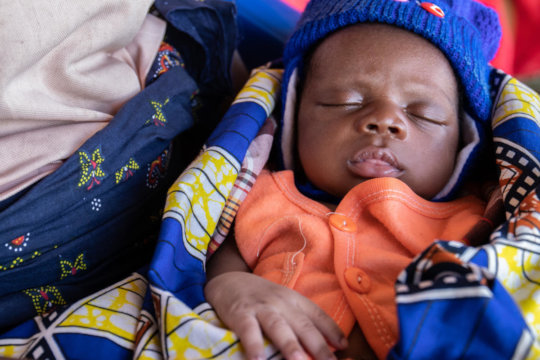 Cyclone Idai tore through central Mozambique on Friday 15 March 2019. The cyclone left a trail of destroyed homes, schools, hospitals and infrastructure. Torrential rain lashed the region and flood waters engulfed entire communities. According to the Government of Mozambique, 1.85 million people have been impacted, including 900,000 children.

Save the Children was one of the first to respond to Cyclone Idai and has provided emergency assistance in the four affected provinces of Manica, Sofala, Tete and Zambezia. We have distributed food and relief items such as tents, tarpaulins, mosquito nets and jerry cans; established Child Friendly Spaces and Temporary Learning Centres to ensure that children have a safe place to play, learn and receive psychosocial support; and provided families with seeds and tools so they can replant their crops.

Cassandra, 17, gave birth to baby Francisco less than two months after Cyclone Idai hit. Cassandra and her husband’s house could not withstand the wind and rain and collapsed. They do not have the money to rebuild their house, so they are living under a shelter made of grass.

They live in a very remote area without access to basic services. It took Cassandra eight hours to walk to the nearest hospital where she gave birth. Save the Children’s Emergency Health Unit visits Cassandra’s community each week with a mobile clinic, delivering life-saving healthcare for children and families impacted by Cyclone Idai. Our mobile teams of nurses, doctors, nutritionists and midwives are providing antenatal and postnatal care, vaccinations and treatment for diseases such as malaria and diarrhea. The teams are also identifying malnourished children and providing them with life-saving therapeutic food and referring them on for further care.

Cassandra went to the clinic because she had been unwell since Francisco’s birth and she also wanted to ensure her baby was healthy. Save the Children’s midwife gave Francisco a full check up and prescribed medication for an infection.

Save the Children’s doctor tested Cassandra for malaria. Luckily, her test came back negative, however, the doctor prescribed her with some supplements to build back her strength after the birth.

Thanks to the support of donors like you, we are able to continue providing services to impacted children and families like Cassandra's. Thank you so much for your support! 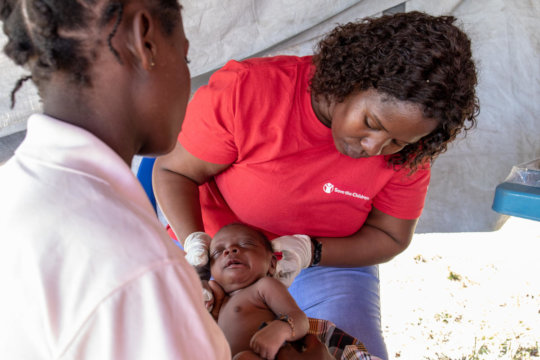 Save the Children Emergency Health Unit in action
Nov 4, 2019 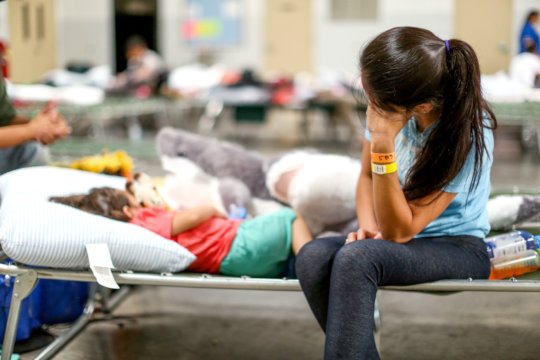 A shelter along the U.S Border

Thanks to generous partners like you, Save the Children is responding to meet the immediate needs of migrant families who are legally released from U.S. custody following their apprehension at the U.S.-Mexico border. Our strategy focuses on supporting and building the capacity of partners in impoverished U.S. border communities where families are being released after being detained in prison-like conditions. These under-resourced partners are attempting to serve families’ urgent needs of food, hygiene, rest, medical care and mental health support prior to their onward travel to host families elsewhere in the country.

Our strategy also incorporates robust advocacy to ensure that children and families in U.S. detention and on the move are treated humanely and are afforded the protections guaranteed to them by both U.S. and international law.

We launched our programs this spring, working closely with nonprofit- and faith-based groups operating transit shelters for newly released families in Deming and Las Cruces. The under-resourced groups were overwhelmed by the arrival of hundreds of families daily.

Our activities to date:

Thank you for standing with the most vulnerable children and families and making a difference in their lives!

Story of the Month: Abrahim's story 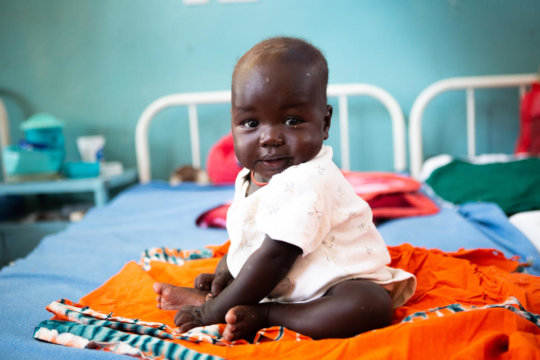 Just seven months into his life, Abrahim was fighting for breath. “I noticed that his coughing was unusual,” says his mom, Mercy. “When he cried he produced a very low sound.” Mercy knew something was seriously wrong. Her fears were confirmed at their local health centre where doctors referred the family to Lodwar County and Referral Hospital.

But the family didn’t have the money to pay for the 50km journey. It’s any parent’s worst nightmare. Watching your child get sick but not being able to afford the care they need. Mercy spent a month pulling together the funds to pay for public transport. On arrival at the hospital, Abrahim was diagnosed with pneumonia – responsible for more deaths of under-fives than any other disease. The paediatric ward at Lodwar Hospital sees a high volume of cases of children suffering with pneumonia. In the surrounding rural areas 6 to 7 out of every 10 children contracts severe pneumonia at some stage. The hospital treats the condition with both intravenous and oral antibiotics. Children who are lucky enough to get to the paediatric ward (they often have long distances to travel to get to the hospital and their families may not have the means or the funds to do so) usually respond well to the antibiotics within a couple of days.

Abrahim was one of the lucky ones – he won his battle, thanks in part to the equipment and the training of the staff at the hospital, supported by Save the Children. With early and correct diagnosis and timely treatment with the appropriate antibiotic, it is possible for young children such as Abrahim to recover well from pneumonia, I’m relieved that he is well now,” says Mercy. 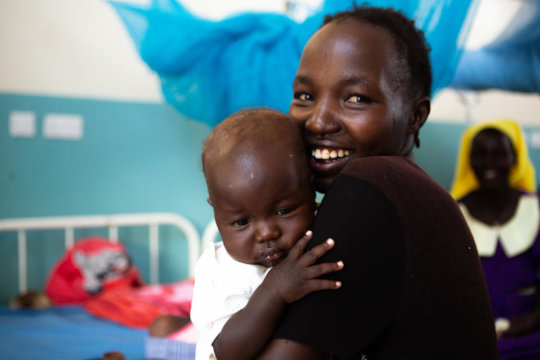 Mercy with her son Abrahim
‹ 1 ... 4 5 6 7 8 9 10 11 ... 109 ›
WARNING: Javascript is currently disabled or is not available in your browser. GlobalGiving makes extensive use of Javascript and will not function properly with Javascript disabled. Please enable Javascript and refresh this page.