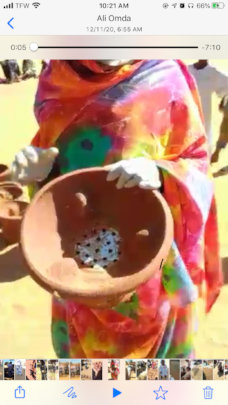 The Darfur Women Network, DWN has implemented the Safe Stoves Project for the benefit of the survivors of genocide in Darfur, who crossed the border in order to live away from violence in refugees’ camps in Chad. As a result, over 400,000 people have been killed and 2.5 million were displaced. The government and its allies killed and raped civilians, burned villages and destroyed all the available resources of livelihood.

The population of this camp is 30000 people, the majority of Darfur refugees in Chad are women and children.  In addition to challenges to mental and psychological wellbeing, these families are suffering from poor physical conditions resulting from the lack of access to basic social services, such as health, education, water and sanitation. Continued conflict in the region subject these vulnerable communities to violence and a lack of protection, which consequently creates tremendous challenges to their livelihood and wellbeing.

Your generous donation and your commitment has enable Darfur Women Network, DWN, to address the challenge faced Darfur refugees in the camp. In addition to challenges of lack of income, food, healthcare, education, water, and protection; there is challenge of The usually use traditional wood-burning cooking stoves to cook for their families.  This stove consumes a huge amount of firewood. Firewood scarcity due to deforestation leaves women and girls vulnerable to walk long distance into dangerous forest where high dangerous conflict territory which put them at risk for rape and risk for hostile attacks. Also, walking long distances to collect firewood has become a burden on the women and weakening their physical ability. In addition to safety issues, smoke inhalation and fire hazards are a constant concern.

On December 11, we distributed over 200 safe stoves to 200 refugee families. Also, the economic empowerment group has earned income for making safe stoves to protect women and grils from rape, hostile attacks, and other negative impact of using traditional stoves.
https://drive.google.com/file/d/1K4EKqlwGTU1p6rffFX-AtFK-E2cc-mlB/view

The impact of your donation are the following:

The DWN has distributed 1200 safe stoves.

Increase and restore the preservation of the ecological system in and around the camps.

The Safe Stoves Program merges income earning opportunities with filling a vital need that                      benefits families in the camps.

This project has helped some refugee women to transfer themselves from dependency to self-                 sufficiency.

The women practice decision-making, entrepreneurship skills, and teamwork which helped them             to become social change agents by changing the perception of community about women. 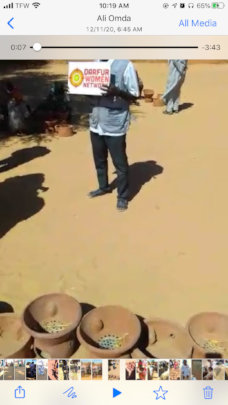 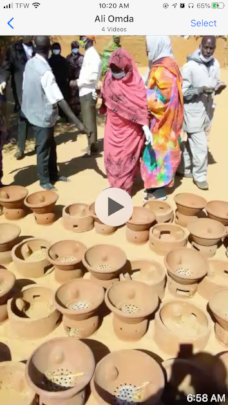 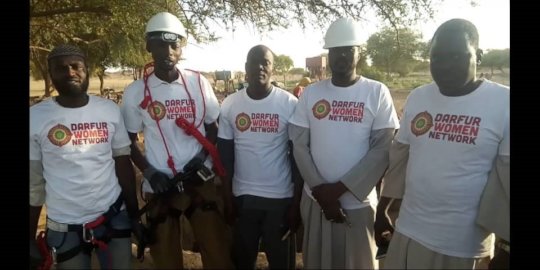 On behalf of Darfur Women Network (DWN), I am grateful for the generosity of GlobalGiving and our donors. Without your support, we wouldn’t be able to serve the survivors of genocide in Darfur who are living in refugees’ camp in Chad.

Everyone is aware of the COVID-19 outbreak and how the developed countries are working diligently to protect their citizens. These countries have provided their citizens with all the support needed to keep them healthy.

We developed a personal protective plan and will execute the plan this week, more specifically, the third week in November 2020. GlobalGiving provided us with a grant of $5000 to provide the vulnerable refugees from Darfur in the Camp with soap and masks. We will provide personal protective items to people with disabilities, elderly, pregnant women, and then the rest of the refugees. The population is 30000, the camp is crowded and has no quarantine location or healthcare profession in case of any need to service.

We worked with the refugees to raise awareness. They will provide ten sessions, each session for the habitants of each zone, the refugee camp consists of ten zones. Our staff will teach them about the important of social distance, wearing masks, wash their hands to enable them to survive. Then, they distribute soap and masks as well as awareness sessions.

DWN needs your generous support to be able to us to overcome the challenges to managing a COVID-19 outbreak refugees. They are in need to water for their personal hygiene. We are committed to provide water for consumption and hygiene. Your donation makes drinking water available to the refugees.

We would like to invite you to support the refugees from Darfur to survive the COVID-19, please check out our campaign.

#GivingTuesday is an opportunity to harness the generosity of people around the world to bring about real change in our refugees’ camp. During this challenging time, GlobalGiving is launching its campaign #GivingTuesday to date, with $1 million to match on December 1, 2020! http://goto.gg/44315 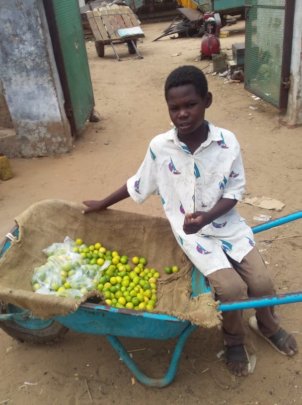 Thank you so much for supporting this project to help displaced and vulnerable families in Darfur, Sudan. The genocide in Darfur has left its inhabitants to suffer from food insecurity, disease outbreaks, and lack of basic social services. These crises are especially exacerbated for the millions of internally displaced people, living in camps.

Women and children make up the majority of the residents in the camps and they are unable to meet their basic living needs.  Lack of social services coupled with the absence of critical infrastructure for drinking water and sanitation expose these vulnerable communities to numerous challenges, life-threatening situations, including malnutrition and diseases.

Most of these communities have been suffering from severe trauma as they witnessed horrific atrocities inflicted on their families, while watching their villages, water resources, livestock and farms get completely destroyed.  They continue to face protection risks, especially women and girls who are constantly threatened by harassment and crimes of sexual violence.

Most of the internally displaced women originate from villages with limited education and skills to earn a steady income to provide for their children. Despite that, these women continue to be the main providers for their children and families. Every morning, women head to towns early, walking for miles from their camps - which are typically located in rural areas or in the outskirts of cities - searching for work to earn a little to feed their children. They go door to door, but sometimes they cannot even find work because the entire region has been impacted by the economic crisis.

Suffering has doubled due to COVID 19. They have to work outdoors, they lack personal protective items, lack awareness, and healthcare. This is a disaster, and we need the survivors of genocide to continue to survive, with GlobalGiving and our donors support, the displaced and vulnerable people will hopefully survive.

Darfur Women Network (DWN) is committed to empower displaced and vulnerable families to send their children back to school and to support them so they can achieve their goals. DWN built their capacity to earn study income and raises their awareness about their rights and their children’s rights. This project will reduce poverty, child labor, sexual violence, school dropouts, and create community support mechanisms to ensure a safe environment in which every child is protected from any form of violence, abuse, and violation of their rights.

Now, the DWN is working on regestering a chapter in Darfur to empower displaced women and send their children to schools.

The Darfur Women Network invites you to donate to displaced, vulnerable women and their children. #GivingTuesday is an opportunity to harness the generosity of people around the world to bring about real change in your community. During these challenging times, GlobalGiving is launching its largest #GivingTuesday to date, with $1 million to give away to our community on December 1, 2020! Here is our link: http://goto.gg/47978 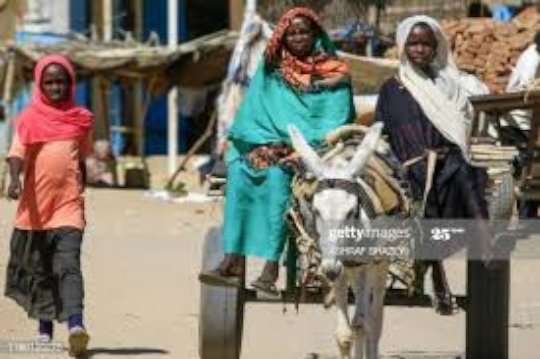