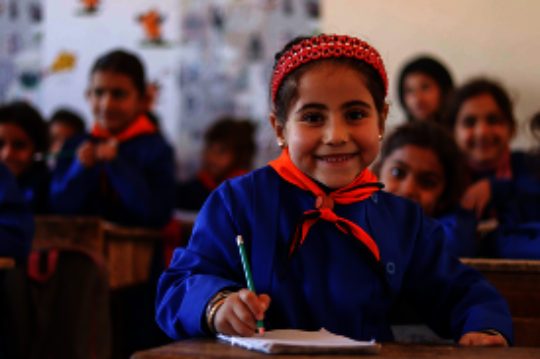 In March 2020, the Syrian Crisis entered its tenth year, as 11.7 million people reportedly remain in need of humanitarian assistance, including 5 million children.

In 2019, the widespread destruction of vital infrastructure such as hospitals, schools, water stations and bakeries hampered the provision of urgent humanitarian assistance and the return of displaced people, with direct and indirect impacts on education. Between April and October 2019, at least 45 schools were damaged by airstrikes and shelling in northern Hama and southern Idleb governorates, resulting in 400,000 children not able to sit for final exams in Idleb. With the start of the school year in September 2019, the impact of the hostilities on education became more alarming. Half of the schools in Idleb governorate were damaged or destroyed during the fighting or used as shelter for internally displaced persons (IDPs). Areas with an influx of IDPs experienced a shortage of learning space, equipment and teachers, as some 150,000 children were estimated to be among the 400,000 displaced.

To address the ongoing challenges facing out-of-school children in Syria, the Educate a Child program, a partnership between Educate a Child, UNICEF and UNICEF USA, continues to deliver educational services and materials, psychosocial support, recreational activities and improved learning environments to children throughout Syria with limited or no access to school. 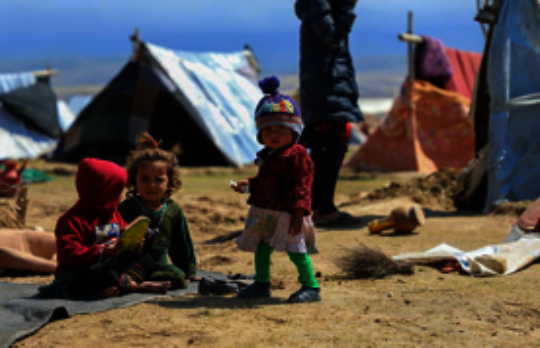 The number of people displaced by armed conflicts and violence reached unprecedented levels in 2019, with nearly 71 million people forced from their homes.Children are disproportionately affected, making up one third of the world’s population, but half of all refugees and 40 percent of people internally displaced by conflict and violence.

Child refugees and migrants have lives which are defined by great vulnerability. These children have lost access to school, health services, their homes and their communities. Child refugees and migrants are at greater risk of being trafficked, abused and exploited; they also face increased risks of malnutrition and disease, all risks that have been amplified by COVID-19 and its effects. Ailments such as measles, diarrhea and respiratory infections thrive in overcrowded emergency shelters. In addition, displacement settings often lack the services to address the special needs of children with disabilities, who may find themselves among the most marginalized.

Thanks to your support in 2019, UNICEF was able to serve the needs of migrant and refugee children across the globe. Some examples of UNICEF’s work include:

In 2020, your continued support will help ensure that UNICEF and partners can continue to serve the multifaceted needs of migrant and refugee children world-wide. 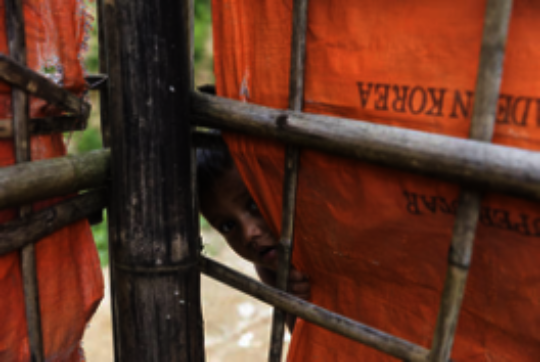 Over two and half years after the initial influx began, nearly 855,000 Rohingya refugees remain in Cox’s Bazar District of Bangladesh, 54.2 percent of whom are children. Rohingya children continue to suffer from acute malnutrition as well as vaccine-preventable and water-borne diseases. Conditions are not yet in place for the safe, dignified and voluntary return of Rohingya refugees to Myanmar, and no feasible durable solutions have been identified. Consequently, time has begun to wear down families’ existing coping mechanisms, placing children increasingly at risk of early marriage, hazardous labor, trafficking and getting pulled out of school, among other concerns. These negative effects are compounded by COVID-19, which has been confirmed within Cox Bazar.

Rohingya refugees remain fully dependent on humanitarian assistance, with relatively no access to livelihoods or cash assistance. Household vulnerability within the camps is increasing. In 2019, only 54 percent of households met an acceptable level of food consumption, with dietary diversity a key concern,  contributing to the continued serious levels of acute malnutrition among children. In 2019, 11 percent of children under five were acutely malnourished.

Within this humanitarian context, women, adolescents and people with disabilities are particularly affected. Women face restrictions on their freedom of movement as well as high levels of violence. Rohingya adolescents, meanwhile, face multi-faceted and interlinked issues, including access to adequate services, quality learning opportunities, sociocultural challenges including exposure to violence, sexual harassment and assault; and adverse social practices such as child marriage and child labor. Children with disabilities in the camps are often isolated, reducing their social network, inclusion and access to services.

Thanks to your support, in 2019, UNICEF and partners reached full coverage of access to water, sanitation and hygiene (WASH) services for Rohingya children and their families within UNICEF-supported camps. Additional key results include:

Throughout 2020, UNICEF will provide girls, women, the elderly and people with disabilities with modified WASH infrastructure to meet their needs. Additionally, UNICEF and education partners will work to identify new and innovative solutions to ensuring that adolescent girls are able to realize their right to education including single-sex class shifts and female volunteers to escort them to and from classes. Inclusive education initiatives will also be scaled up, and all programs will focus on ensuring the integration of children with disabilities. Your continued support is crucial to enhancing UNICEF’s ability to efficiently scale up its response within the Rohingya refugee camps.

‹ 1 ... 4 5 6 7 8 9 10 11 ... 35 ›
WARNING: Javascript is currently disabled or is not available in your browser. GlobalGiving makes extensive use of Javascript and will not function properly with Javascript disabled. Please enable Javascript and refresh this page.