The Real Price of Marriage in South Sudan 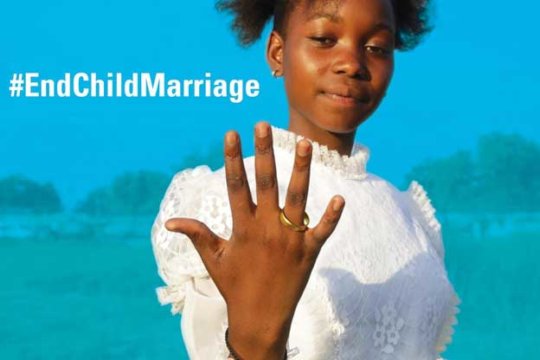 August of this year will mark the one-year anniversary of the end of South Sudan’s civil war, yet recent surges of violence suggest that peace is far from being realized. These attacks by armed groups include instances of sexual violence against women and girls.

Why is the rate of sexual violence so high in South Sudan? According to human rights experts, the answer can be found in a fundamental element of South Sudan’s local economy—bride price.

In South Sudan, if a man would like to marry a woman, his family would have to pay for her, often in cows or goats, based on her negotiated value. Once women are married off, they are expected to bear many children, including daughters who are viewed as assets to acquire more cattle. Therefore, early and forced marriages are common with more than 50 percent of girls married before the age of 18. Many young girls are married to elderly suitors because those men have more assets.

The objectification and commodification of women in South Sudanese society allow for a culture in which GBV is accepted and normalized. Traditional gender roles and conditions of poverty sustain the practice of paying bride price.

The lack of women’s rights in South Sudan not only leads to suffering but also challenges efforts to promote peace. Cultural notions that women are homemakers and child-bearers drive inequity. Only 7 percent of girls finish primary school and fewer than 2 percent go on to high school. Families may also worry that girls may be sexually assaulted on their journeys to school, lowering their value and bride price. GBV prevents girls from pursuing their dreams and keeps families trapped in generational poverty. The return on education is worth re-evaluating the importance placed on paying bride price. Studies show that a single year of primary school education has been shown to increase women’s wages by up to 20% later in life.

If South Sudan is to undergo significant economic development, women and girls must have access to education. “Women have the opportunity to contribute in building this nation into a country that is stable and peaceful,” said South Sudanese activist Rita Lopidia at the inaugural Women Building Peace Award. Gender equity is intimately tied to achieving stability in South Sudan.

It is imperative that the government of South Sudan takes steps to reduce the prevalence of GBV and increase access to education. Addressing the root of this issue, begins with regulating bride price. Excessive bride prices are a burden on both men and women. Men who can not afford bride prices experience feelings of inadequacy and social seclusion. Village youths put their life at risk during livestock raids in neighboring tribes to be able to afford marriage. Women experience violence in the form of physical and sexual violence resulting from the valuation of their worth in terms of livestock. By targeting social norms that perpetuate these levels of violence, South Sudan can inspire a movement towards rehabilitation and rebuilding.

Although commonly held perceptions will not change overnight, community-based efforts towards GBV education and awareness-raising will lay the foundation for establishing lasting women’s rights laws and policies. If women can become workshop leaders, teachers, and decision-makers in implementing the peace accords, South Sudan will be able to envision a country that serves the needs of all of its people.

The real price of marriage in South Sudan is the opportunity to realize peace and stability. Although bride price is commonly paid in cows and goats, families also sacrifice the well-being of their daughters and higher earning potentials.

The rise of physical and sexual violence in recent weeks indicates that South Sudan is at risk of falling back into large-scale conflict. If South Sudan is to continue on the path of peacemaking and change conditions of underdevelopment, regulating bride prices needs to be on the agenda.

Participatory action from the ground-up results in measurable success 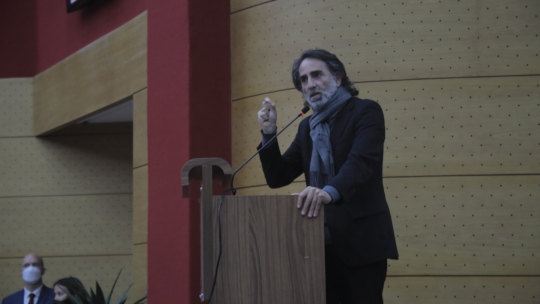 In “Empowering Rural Participation and Partnerships in Morocco’s Sustainable Development,” Dr. Ben-Meir defines Morocco’s goal as to “utilize participatory approaches to achieve projects that are sustainable and that measurably enhance the standard of living, knowledge, longevity, and engagement in society.” Participatory development allows community beneficiaries to occupy a central position in creating solutions to the everyday problems they experience. This makes perfect sense: those with local knowledge understand what will prove most effective and what issues should be prioritized in the development of the nation.

It is also important to foster partnerships across sectors and communities to ensure that comprehensive solutions are sought. Dr. Ben-Meir argues that right now, “there is generally inadequate coordination among ministries to achieve the synergies of these national initiatives, and a lack of popular understanding and the needed skills in order to translate them into reality.” Partnerships among NGOs, business, and governments — local and national — generate solutions that cannot be achieved by any of these entities on their own. A business-government relationship is especially important regarding agriculture work.

I really appreciate the focus on results: the impact of development work should be tangible and measurable. Often, organizations set out with lofty, abstract goals that sound great on paper, but the organizations fail to execute or follow through. Holding organizations accountable and ensuring that they implement the programs that they develop is essential in order to actually make progress. I think that it is easy to veil failed implementation efforts by claiming that the results are impossible to observe concretely, but this is often not the case. While women’s empowerment, for example, sounds like an abstract concept that might be difficult to measure, the degree to which women are more empowered is demonstrable in literacy rates, women’s role in the economy, and birthing rates. I appreciated what Dr. Ben-Meir said in class about thesis statements and academic papers that make no attempt to suggest solutions or problem solve. It frustrates me too — academia should not and cannot exist in its own realm; it must respond to the world it observes. It should apply the knowledge that it documents in the service of a greater good. Knowledge for the sake of knowledge is moot. To be blunt, it is a selfish and fruitless endeavor to write papers about social ills and problems without trying to solve them.

For example, in “Empowering Rural Participation and Partnerships in Morocco’s Sustainable Development,” Dr. Ben-Meir cites Gal Kamarski’s (2018a) published report which “indicates that the initial self-discovery workshops, utilizing participatory democratic procedures, helped women to identify economic solutions for development.” It is also important that women’s empowerment programming does not exist in isolation from other programs — it must operate in conjunction with education and other capacity building efforts. A decentralized approach that starts with local and regional communities rather than from the top-down can more effectively respond to the situation on the ground. A top-down approach that imposes uniform solutions neglects the particularities of various environments where issues must be addressed. While there are overarching problems that exist across the Global South, blanket solutions cannot be applied to all of them and result in meaningful progress. Women’s empowerment needs will inevitably different in rural and urban communities, for example. This is one reason that the abstract, lofty goals of well-meaning organizations fall flat. Working with people who live in these communities will allow organizations to adequately address the problems they experience, as HAF does.

Virtual Meeting with Partners for the Evaluation of Empowerment Activities

Since its founding in 2000, the High Atlas Foundation (HAF) has committed itself to offer its beneficiaries, predominantly women, training related to self-knowledge. This empowerment programming is implemented across Morocco. In total, HAF has conducted 38 such Imagine Empowerment Workshops that have impacted 900 women so far since 2017.

To gain a better understanding of how these workshops have affected the lives of participants over the last several years, HAF, in cooperation with the USA-based Empowerment Institute, is embarking on a new journey to evaluate and monitor the impact of this program.

On June 2, HAF Farmer-To-Farmer Field Officer Zineb and HAF Program Manager, Empowerment Fatima Zahra attended a virtual meeting with Theresa and Millicent, representatives from the Empowerment Institute. The meeting emphasized the importance of ongoing support groups post-workshop as a beneficial method to track the impact and sustain the growth of the Imagine program.

The main objectives of these support groups are:

I am greatly humbled by our partner, the Empowerment Institute, who remains supportive and even delighted to be part of the HAF journey, as they continue to engage with our team, providing the necessary support to successfully achieve our evaluation goals.

A second meeting took place on Monday, June 7 to review evaluation forms and adapt them to fit HAF's goals and vision. Now, HAF’s empowerment team is in the process of inviting former workshop participants to create a representative sample that we will then survey to explore the impact of the Imagine workshop on the personal or professional lives of these women. The representative sample is selected randomly, and women from each past group of participants will take part in this    process. By demonstrating the real impact of the Imagine program and its follow-up, the High Atlas Foundation aims to expand its partnerships with institutions seeking to support the continued self-empowerment of women, and others, throughout Morocco.

‹ 1 ... 9 10 11 12 13 14 15 16 ... 232 ›
WARNING: Javascript is currently disabled or is not available in your browser. GlobalGiving makes extensive use of Javascript and will not function properly with Javascript disabled. Please enable Javascript and refresh this page.