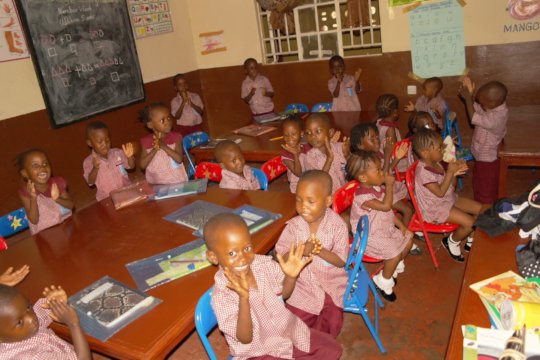 A Brighter Tomorrow for Africa (BTA) recently established and is now funding a new school feeding program at a school called Connecting Destiny. We are providing support for, and nourishment to neglected children who would otherwise spend their days in the street and get little to no food or protection.

Thanks to BTA, there are 50 children receiving lunch every day who share that they grateful that our dreams became a reality in January 2018 through the tiresome effort of Sarah Armstrong/BTA. The parents were overwhelmed and the children were very excited over the feeding exercise.

The food is being prepared by a parent in the community who is also the community representative in the school’s board. She is being assisted by one of the support staff of the school. The menu ranges from spaghetti, pasta, rice and bean cakes, sweet potatoes, “Ebeh”a local meal rich in vitamins. Since rice is our staple food we give them rice and beans twice a week. The response of the children has been very encouraging. The children most often ask for second helping. They are also given a cup of “Cool aid” drink. The parents continue to express their gratitude to us for bringing such a programme into the school.

Sincerest thanks to BTA donors.

Going Back To School Fully Equipped in Freetown 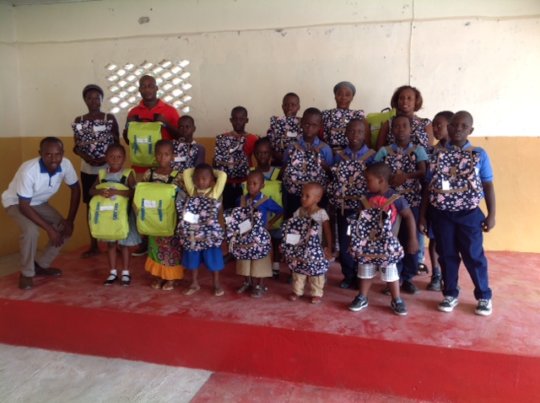 When A Brighter Tomorrow for Africa last reported to all of you – our generous donors – we spoke of the horrible mudslides which left more than 400 people dead and an estimated 6,000 people severely impacted in Freetown, the capital.

I had just returned from Sierra Leone where I’d spent a week visiting with families in Displaced Persons Centers.  The funds we raised were used to purchase rice, onions, seasoning with meat protein (maggi), oil, blankets, sleeping mats (people in the camps were sleeping on a dirt floor) and critical medical supplies to treat malaria, typhoid and diarrhea.

The aid we provided was totally direct from here to the markets to the camps and it has made such a difference in the lives of so, so many who lost everything.

In addition to all of the aforementioned aid, we raised additional funds and were able to develop and implement an education intervention program for over 100 children throughout these camps.  We were able to purchase backpacks, uniforms and shoes as well as notebooks, pens, and pencils!

This means these children returned to school (which opened weeks after the mudslides) fully set and ready to study!

Having these supplies and the proper clothing increases self-esteem tremendously but of course it also allows these children to pick back up where they left off – even though they’d lost all of items they would need to get back to their education.

From the people in-country: Special thanks to all donors who have stood by and have been there for Sierra Leone at this time.  Thank you all. 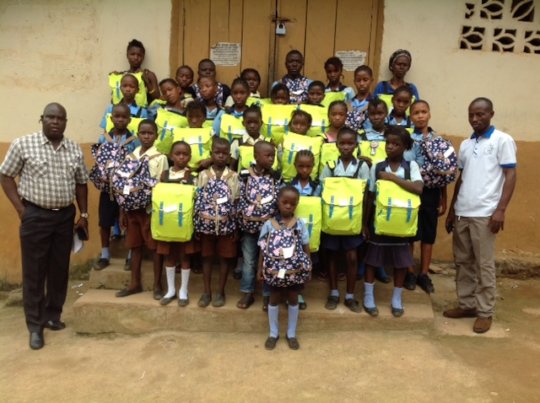 Mudslides in Freetown - Yet Another Tragedy 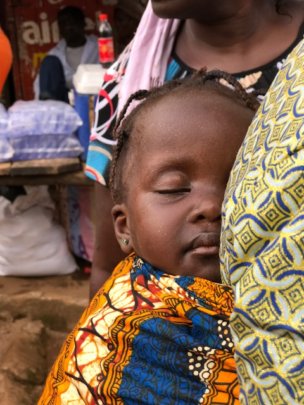 As you know, BTA works in Sierra Leone, West Africa and for thirteen years, we have been dedicated to helping the beautiful people there, particularly children and women.

This country has experienced brutal war and the Ebola crisis and more tragedy struck just two weeks ago.  Very heavy rains poured down for days resulting in horrible mudslides which left more than 400 people dead and an estimated 6,000 people severely impacted in Freetown, the capital.

When I heard this – I had to do something.  So I began to raise funds and went to Sierra Leone to help the survivors of floods and mudslides.  I just returned.

What I saw was devastating.  People lost entire families in minutes.  I interviewed a lot of people to get their stories and what I heard was frightening.  A young mother, for example left her home early in the morning to go to market.  She took her infant child.  Her other five children and her husband were at home. When she returned from the market – her entire village was under mud.  All of her family (who were asleep I the village) died instantly.  This was a story I heard over and over again.

Children described hearing a very loud bang noise.  It sounded like thunder.  But it was followed by heavy, heavy mud coming down at a rapid pace from the mountain.  It looked like a piece of the mountain just fell off.

The mud and the water engulfed homes very quickly so hundreds were unable to get out.  Those that did are in Displacement Persons Centers where I spent my time.

I took the funds we raised to purchase rice, onions, seasoning with meat protein (maggi), oil, blankets, sleeping mats (people in the camps were sleeping on a dirt floor) and critical medical supplies to treat malaria, typhoid and diarrhea.

The aid we provided was totally direct to the people.

When we delivered these items, I saw smiles all around.

We can certainly use more funding for this effort but so too, as always, for our school feeding programs.  Thank you in advance for your generous, ongoing support to A Brighter Tomorrow for Africa and our life saving work. 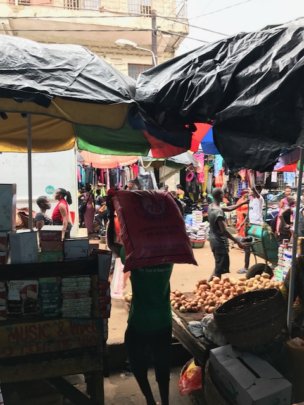 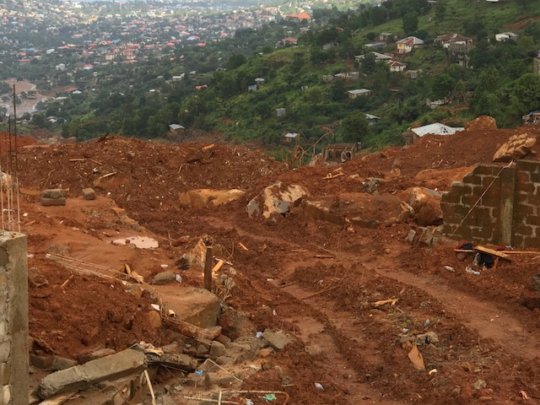 The Aftermath of the Mudslide
‹ 1 2 3 4 5 6 7 8 9 ... 13 ›
WARNING: Javascript is currently disabled or is not available in your browser. GlobalGiving makes extensive use of Javascript and will not function properly with Javascript disabled. Please enable Javascript and refresh this page.