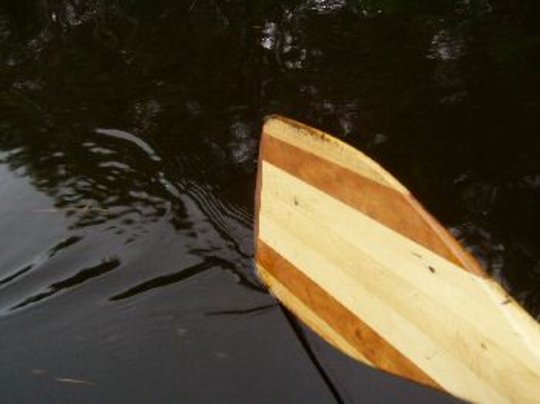 There is something special about a canoe trip.

The Passy or formally, The Passagassawaukeag River.  Camp Forest started off its Summer 2012 with a week long expedition down the river to the Belfast Harbor, Maine. The week began with a BANG - literally. No sooner had the canoes hit the water and set off to the first river bend when the sky darkened and the lightning struck within the mile! Rain pelted the evening and the mist covered the morning.  The first white water overturned a canoe sending the unattached gear floating down the river.  But did all this dampen spirits??  NOPE!  An adventure together is always exciting and the rain makes it more so.  The wet week ended with a glorious Friday as the group entered Belfast Harbor.

What a wonderful way to start the summer.  There are two more expeditions this summer that anyone from anywhere in the world may attend and Day Camp sessions for the local folk.  Many families cannot afford a camping experience for their children.  Camp Forest continues to raise funds for camperships so any child who wants can attend. 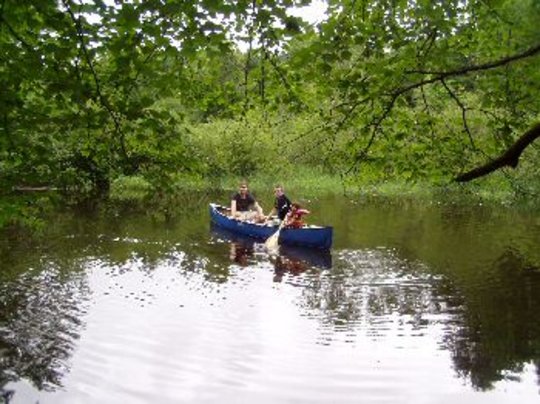 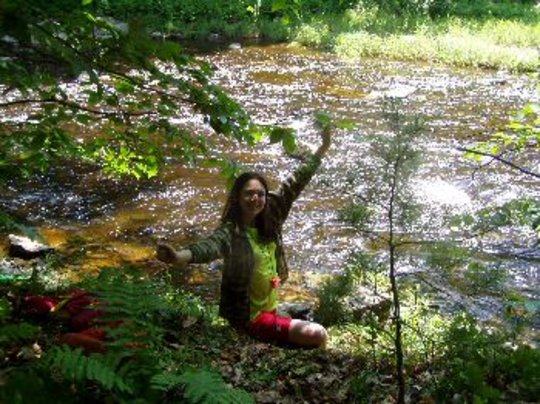 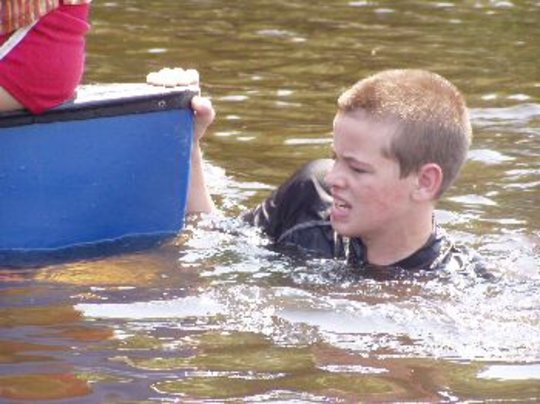 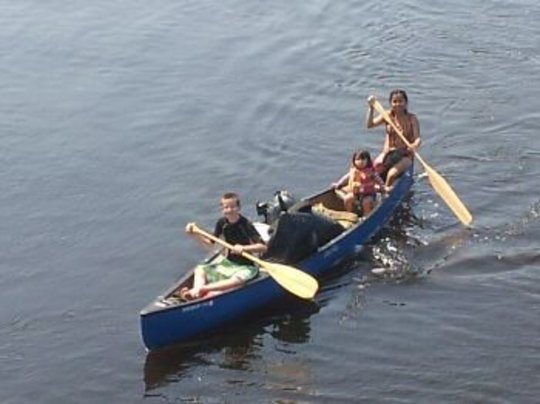 Entering the harbor under the bridge 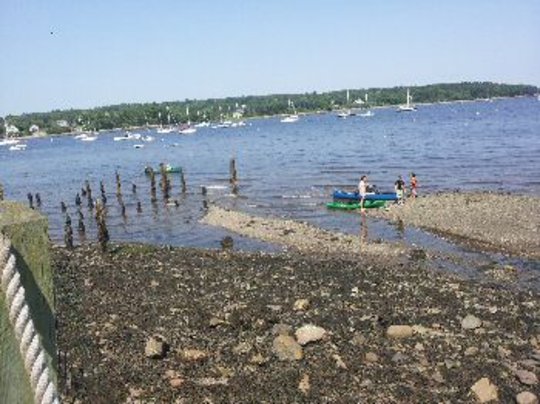 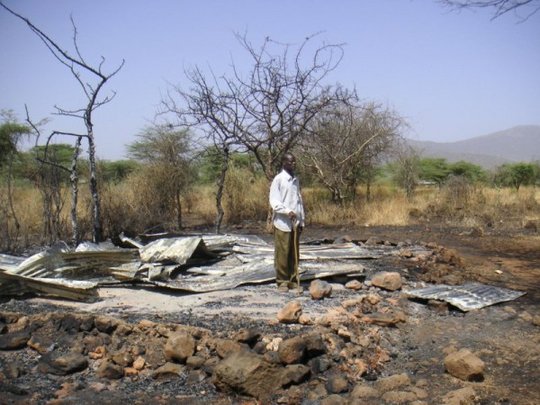 Lorititi standing at what is left of his house.

Courtesy of Sandra Squire:  Two women from Waldo County who are working in a northern region of Kenya that has been suffering from tribal unrest saw the remains of this man's burned-out home over the weekend. "His wife had been killed a year ago, and he is raising his three children, plus three others who have lost their parents," Sandra Squire of Belfast wrote in an email. "There is nothing left for any of them."  Bev Stone isn’t one to let frightening tribal unrest in Africa stop her from getting a job done.

But Stone, a 62-year-old Brooks woman who has run a nonprofit organization in Kenya for a dozen years, would like to get the word out about the violent problems happening in the northern Isiolo region of the country. That is where she and Sandra Squire of Belfast have been staying for some time in an effort to get a Girls Rescue Center off the ground — but instead have been gathering information about the ongoing killings, looting, burnings and other troubles that they say are politically motivated.

“To our families and friends, we don’t feel really in danger,” Stone said last week in an interview over Skype from Isiolo. “But there is silencing of what’s going on. The media is very quiet. And people are dying and children are being uprooted. Women are walking many, many, many miles to find a safe place to be. It’s hard to know what we can do to help these people.”

According to Squire, 66, the problems in northern Kenya began last fall, but escalated to what she described as a “human crisis” in February. A population of Somalis moved into the area en masse because of drought, she said. And although the Somalis and the Turkana tribe had been peacefully coexisting in the remote area, that peace has been shattered.

More than 10,000 Turkana tribe members have been displaced in recent weeks, and more than 70 people have been killed in the violent clashes that may have worsened because it is an election year in Kenya.

The Somalis are armed with guns, the women said, and the Turkanas have spears and machetes.

“Many schools are closed,” Stone said. “Teachers are afraid. They’ve left their posts. They fear for their own life.”

The Mainers said that work has ceased for the moment on the Girls Rescue Center.

“We don’t want to be stockpiling building materials if they’re going to burn it down,” Stone said.

But the women have been talking to locals to find out more about the problems and to help where they can.

Over the weekend, Stone and Squire left the 80,000-person city of Isiolo to travel to the town where the rescue center will be built. They picked up a hitchhiking Turkana man, Mohammed Kuti, and learned that his brother had been killed in the unrest the week before.

“His calm acceptance of such a horror story was somehow more saddening than a more voluble display of emotion would have been,” Squire wrote in an email. “We passed a whole village that should have been filled with people and animals. It was completely abandoned.”

Then they saw several houses that had just been burned to the ground.

“There is nothing left for any of them,” Squire wrote of the villagers’ charred possessions. The Mainers went back to town and purchased essentials including mattresses, tin plates and mugs, blankets and basic food supplies to give to the refugees.

“It seemed pathetically not enough,” she wrote.

Stone’s nonprofit runs several programs in Kenya, including the Joseph Waweru Home School for boys. That school is in an area of the country that has not been affected by the violence, she said. The girls’ center is much needed, because many Kenyan girls are affected by such practices as early forced marriage, female genital mutilation and being taken from school at a young age.

She will continue to raise money for the center and to wait for a safe time to possibly begin construction, before coming back home to Waldo County in about a month.

Until then, Stone and Squire plan to help where they can and continue to witness the ongoing tragedies happening around them.

“To me, it’s the injustice of the unrest,” Stone said. “Of people being murdered in their own houses. No one knows. No one cares. There’s no one talking about this. It just isn’t right — but what else can you say? We feel very frustrated, because what can we do besides tell people what’s going on and hope that something can happen. When one side has guns, and one side has fears, that’s a big difference.” 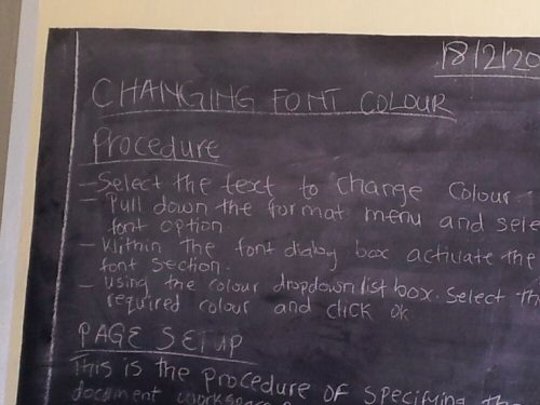 The Learning Center in Rabondo has its challenges and success. Marketing the center, teaching computer classes, internet access is only a piece of the work.  A library is slowing building and more are visiting to use its services.  This year, as books were being sorted in the bright African sunshine, children on their way to and from school wandered in to see what was going on. Voila! A new reading program has begun.  Children gathered on their way home from school for a book reading!

Your donations move this project along and increase access to education for all ages in Rabondo. 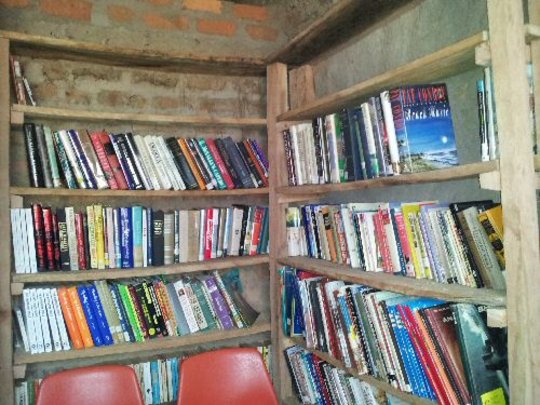 ‹ 1 ... 24 25 26 27 28 29 30 31 ... 33 ›
WARNING: Javascript is currently disabled or is not available in your browser. GlobalGiving makes extensive use of Javascript and will not function properly with Javascript disabled. Please enable Javascript and refresh this page.