Support 320 Orphans with goats in Uganda 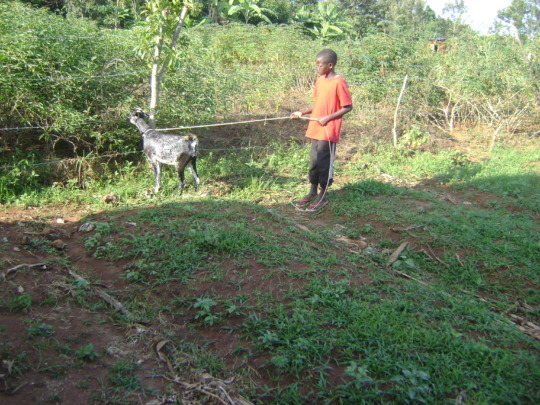 Wilberforce looking after his goat

This is quarterly activity report on Support to 320 orphans with improved goat in Uganda project in Eastern Uganda, in the Districts of Kibuku, Budaka and Pallisa with financial support of donors under Global Giving provision and the community. The organization together with beneficiaries appreciates all donors for the support of the project. Global Giving team is appreciated for the wonderful work being done that has enabled the organization to receive support to manage the project. The report details implemented activities implemented in the month of September and November 2015. It is compiled and disseminated to our stakeholders to enable them get the progress of the project. The details of the report is the current status of the orphans, project challenges recommendations and testimony from at least a beneficiary.

KADO is building the capacity of OVCs and their households in goat’s management through training, breading, dissemination of the goats to the selected OVCs and provision of advisory services. However, many Orphans and vulnerable children have not received goats. The rate of bleeding is low because of limited breeder she-goat and this has made project realize limited impact. Some of our OVCs in schools study without uniform, school meals and at times lack scholastic materials due to limited household income of the caregivers.

In the last quarter, the organization managed to implement the following;

We have got limited donors funding the projectand the communities where the project is located, most of the people are subsistence farmers with low income to make community contribution.

Testimony from one beneficiary

This testimony is from Wilberforce son of late of Mukesi of Bulangira Sub County in Kibuku district, Eastern Uganda. Wilberforce is now a 15 year old boy who is living with his uncle because the mother is helpless. Wilberforce was being utilized by business men to sell chapatti on the bus stage on construction sites to provide unskilled labour. The project leader identified Wilberforce at kadama bus stage in kibuku Distrct where he was identified from. The project leader counseled him to go back to school such that he utilizes the opportunity of the Mult Skilling Uganda project with support from World Bank n. However, Wilberforce refused saying he was comfortable has he was getting some money. He asked the organization to provide him with a sustainable income generation project such that he would go back to school next year when assured of income generation to pay for the school dues. The organization resolved to build the capacity of the helpless mother in goats rearing and she was trained in goat’s management and given a she goat. Currently, Wilberforce had completed primary seven last year 2014 and currently has left the business and the organization secured her a vacancy at Nagwere Technical School to take a tailoring course of which he is beginning it in January 2016. This is true story and explains the work of KADO in relation to our project of support 320 OVCs with improved goats in Uganda. 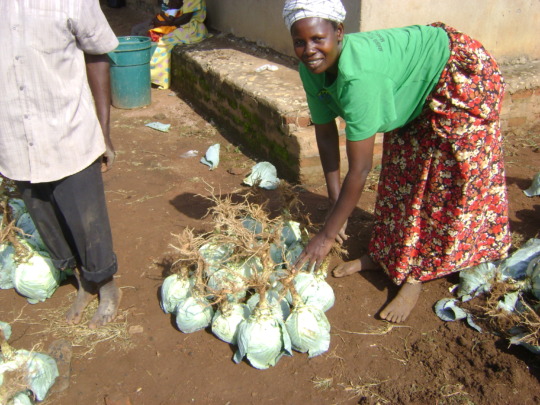 A widow harvesting her cabbage for sale

Retention of orphan girl children project in budaka distract Eastern Uganda aims at empowering 49 widows in commercial vegetable growing to improve their family’s income to pay school meals and scholastic materials for 1200 school going orphan girl children between 12-18years. The 49 widows are provided with modern knowledge and skills in vegetable growing, vegetable seeds, pesticides and spry pumps to start projects. This is the second report and it is located on global giving website. The report indicates the progress of the project for the last quarter with financial and moral support from the community.

The following was done in the last quarter:

All development partners are requested to support the organization to fundraise resources to facilitate the implementation of this project in order to empower widow led households support orphan girl children in schools as this is the only way they could help orphans live sustainable livelihood and develop as meaningful citizen.

This is testimony from Dinah the wife of late Kafuko of Kaderuna Sub County in Budaka district and Kafuko died and left Dinah with four orphans. Dinah was found selling local bear in the trading centre. She was enrolled to benefit from this project because selling local beer is not a paying venture. She was among the first beneficiary of this project who was trained and provided with vegetable seeds and inputs to start vegetable growing project.

She is among the widows who had had good harvest and sold. She was able to pay all the school dues for her orphan girl children in school this third term. After paying school dues for her orphan girl children she left local brew business and she seriously engaged in vegetable growing project and has become a trainer of trainers. she promise to work hard ti ensure that all her children succeed in education and to recover the land her late husband had mortgaged out to secure funds for treatment.

This is a true story and explains how rural orphan widows suffer with orphans in Uganda. There is not system to support orphans in Uganda and as such orphan girls are forced for early marriages in Uganda despite their academic performance in class. 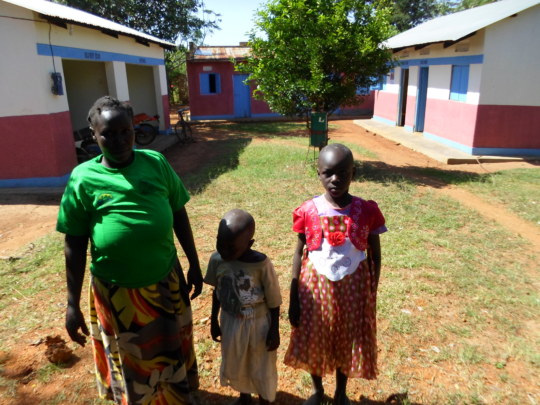 A widow with her orphans in a photo at our office 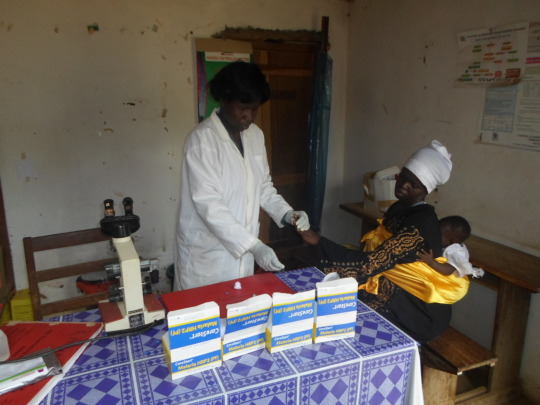 postnatal mother in a laboratory

Kagumu Development Organization in the virtue of contributing to the reduction of HIV/AIDS in children and it is implementing a prevention of mother to child transmission PMTCT project and in Uganda.   This is the fifth quarterly activity report of the project. The project is named “prevent HIV infections in children Ugandan” and it is implemented in Eastern Uganda, in the Districts of Kibuku, Budaka and Pallisa in collaboration with our donors under Global Giving arrangements and the community. The organization and beneficiaries extend appreciation for the support from all stakeholders to this project that is in cash, materially, morally and in kind. Further thanks are goes to global giving team for the wonderful work being done. The report expresses quarterly project advancement and consequently, compiled and disseminated to our stakeholders for their utilization. The report gives information on the existing position of the orphans, challenges during project execution, recommendations and testimony from at least a beneficiary. On request, the organization asking for commentary and advises on how to make this project realize results.

Project activities includes; monitoring and evaluation, procure stationery for the office, facilitate transportation of blood samples for CD4 Count, Community mobilization and sensitization on PMTCT, contribution to health workers welfare, procure medical drugs and sundries and testing kits and procure mama kits and dissemination to mothers during their labour periods and delivery coaches

Current Status of prevention of HIV infection in children in Uganda

EMTCT services are still poor in the community because there is limited male involvement during antenatal and maternity visits. In addition, mothers still deliver in the villages by traditional birth attendants and are exposed to HIV/AIDS.

In the last quarter, the organization managed to implement the following;

The under listed challenges still exist and need to be solved in order to realize the project outcomes and impact:

All stake holders are requested to provide support to save the children in Uganda. Children being the tomorrow leaders.

Testimony from one beneficiary

This testimony is for Scovia was a pregnant mother who was tested HIV positive Lyama health centre II. She was enrolled for ART provided her with ARVs to be taking from home. However when she reached home she lost hope and disposed of the ARVs and never revealed to the husband about her status. Her health deteriorated and was brought to our health centre when in bad condition. At our health centre, she was counseled and she revealed as she was tested before and provided with ARVS but she disposed the drugs. through a lot of counseling and routine home visit of Scovia by our health staff, she accepted to continue with treatment and reporting to the health centre for antenatal care on a given schedule. We are very happy to report that Scovia delivered a baby girl who is free of HIV/AIDS and received a mama kit. she is still ARVs and report tom our health facility for regular medical examinations and treatment.

This story gives picture of the work of KADO in her health center III in relation to EMTCT and this is what is happening in rural communities in Uganda.

‹ 1 ... 18 19 20 21 22 23 24 25 ... 29 ›
WARNING: Javascript is currently disabled or is not available in your browser. GlobalGiving makes extensive use of Javascript and will not function properly with Javascript disabled. Please enable Javascript and refresh this page.