Combating Poaching During the Holidays 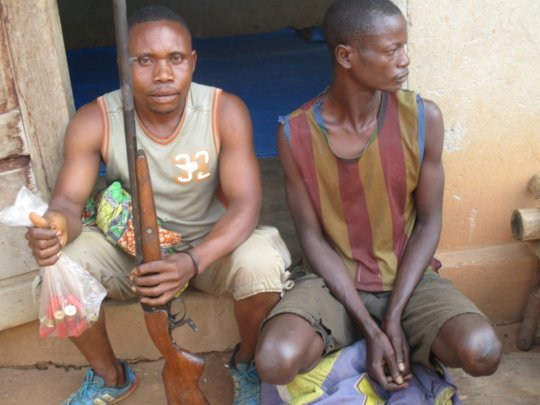 Poachers Arrested in the OWR

The holiday season is always a busy season for the ICCN rangers in the Okapi Wildlife Reserve. There is a marked uptick in poaching events around the holidays as poachers hunting bushmeat and profits enter the forest during this time of year. The ICCN rangers respond in kind with an increase in patrol efforts, focusing on areas that are known to be frequented by poachers. By utilizing local knowledge and intelligence reports the ICCN rangers were able to focus their efforts where they would be most effective. In the month of December alone rangers performed a total of 51 patrols, more than 10% of the year’s total, in an effort to protect okapi and the other wildlife in the reserve.

Funding from donors like you help the ICCN monitor wildlife, remove snares, and enforce the laws in the OWR. Your support provides tools and equipment for rangers to complete their jobs in a demanding environment as well as provide access to health care to keep them on patrol. Thank you so much for your continued support! 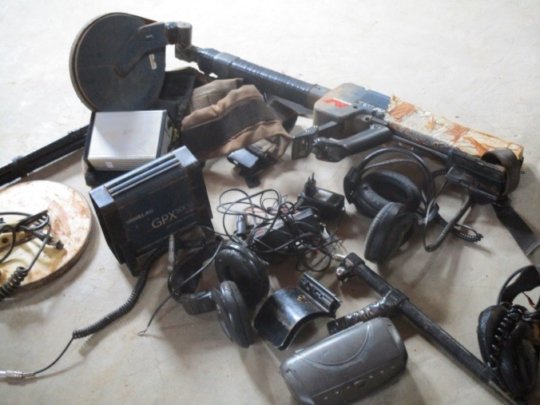 Equipment Confiscated from the OWR 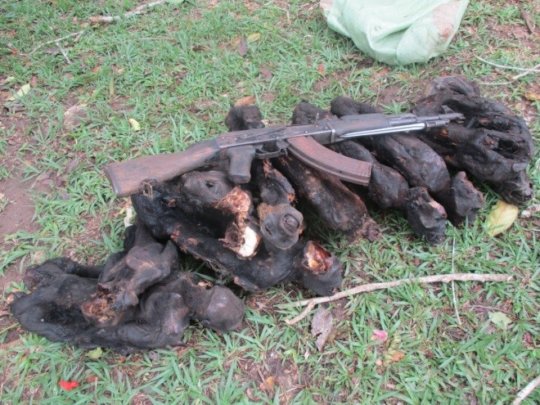 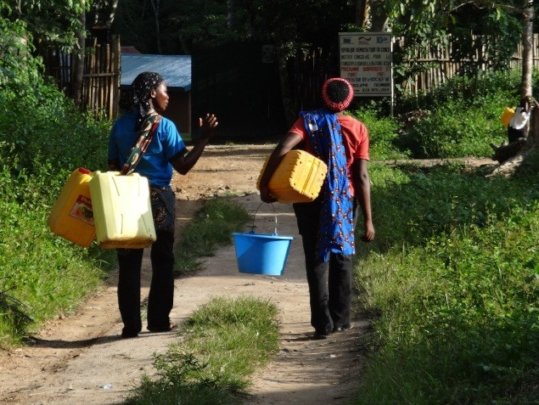 The Okapi Conservation Project runs several community engagement projects in addition to the highly successful Agroforestry Program. These projects, like agroforestry, are rooted in assisting the local communities by improving their quality of living and providing secure access to many essentials. Even though some of the projects are not directly related to agriculture, they often have the same effect of reducing the amount of space needed to cultivate crops – thus reducing the amount of land that is converted through slash and burn practices.

OCP has recently completed the refurbishment of eight community water sources in the Okapi Wildlife Reserve. These eight sources provide water to roughly 8,000 community members and were initially protected in the early 1990s. The years of usage and the environment had been hard on them, and they had fallen into a state that was not adequately meeting the needs of the communities. The rate of water flow was low and the area around the spigots was muddy and contaminated through overuse by people. The low flow rate required women and children to rise early and spend a significant portion of their day waiting in lines to gather water, a basic need for life. The unclean nature of the spigot areas increased the risk of disease from contaminated water, particularly in children. The resulting increase in water-related diseases required medical treatment, resulting in not only poor health, but also increased healthcare costs. Providing secure water access with increased flow allows for less time spent waiting in lines, while simultaneously increasing the number of community members that can gather water at a single spigot, and clean water has been shown to decrease disease transmission in children.

All eight of the springs were dug out and encased in concrete, with the surrounding area covered with a concrete apron that will prevent the water source from being polluted by human activity. The concrete aprons make maintenance and cleaning easier, and with good care, will last the community for many years to come. By retrofitting the water sources, the communities now have access to clean, fast flowing water, therefore reducing the amount of time that women and children spend gathering water and dramatically reducing the risk of waterborne diseases.

It is because of supporters like you that we are able to support these communities and limit their impact on critically important habitat for okapi, forest elephants, chimpanzees and other wildlife in and around the Okapi Wildlife Reserve. Thank you!! 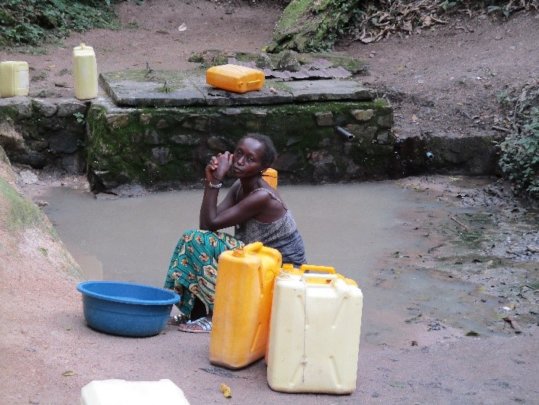 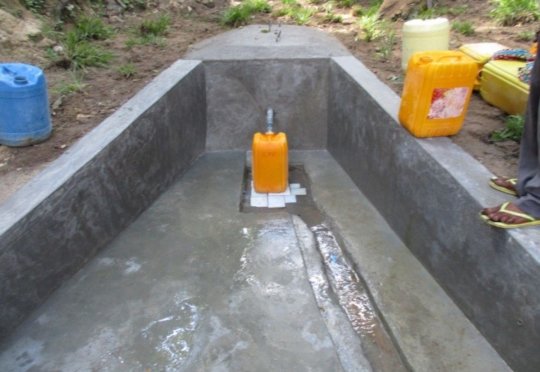 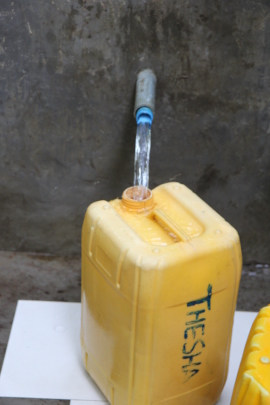 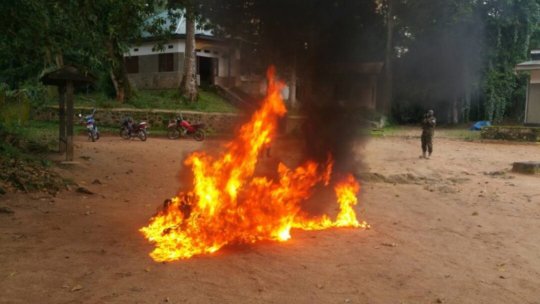 The 1st of August marked the official closure of hunting in the forest zones of the Okapi Wildlife Reserve (OWR). The leadership of ICCN issued a reminder to all the local communities residing in the OWR and distributed an official order to abide by the pre-established hunting schedule.

Later in the month, on the 22nd of August, ICCN rangers apprehended an individual in Salathe, located just 25 km from the Epulu Station on the road to Kisangani, with a large amount of smoked bushmeat.  The meat found on the individual was from a yellow-backed duiker, a protected species, 20 blue duikers and several monkeys. The meat they carried was destined for the market in Badengaido, and would have fetched approximately $400. The market in Badengaido is where the miners working the Muchacha gold mine shop for food. This incident is a poignant reminder to why closing down the various gold mines is so important when it comes to controlling the bushmeat trade in the Reserve. This individual was brought back to Epulu and the ICCN, to serve as an example for all of the gathered bystanders. Additionally, the confiscated bushmeat was burned to prevent it from being sold, and to reinforce that it is illegal to kill wildlife when the OWR regulations prohibit hunting.

Funding from donors like you help the ICCN monitor wildlife, remove snares, and enforce the laws in the OWR. Your support provides tools and equipment for rangers to complete their jobs in a demanding environment as well as provide access to health care to keep them on patrol. Thank you so much for your continued support! 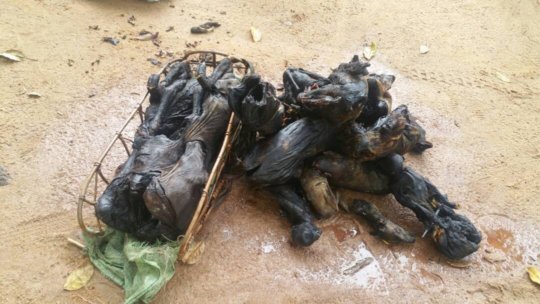 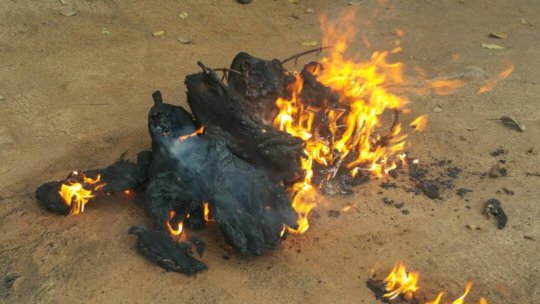 Burning Bushmeat Discourages Poaching
‹ 1 ... 5 6 7 8 9 10 11 12 ... 27 ›
WARNING: Javascript is currently disabled or is not available in your browser. GlobalGiving makes extensive use of Javascript and will not function properly with Javascript disabled. Please enable Javascript and refresh this page.