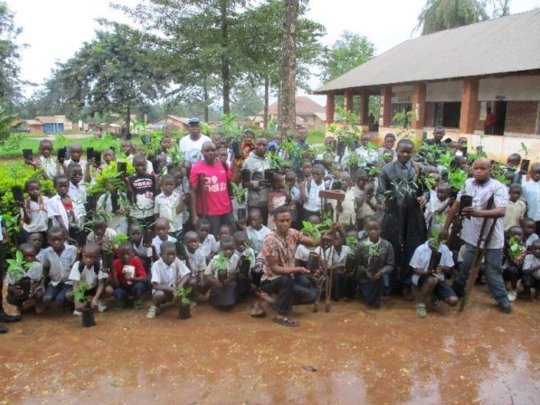 Nurseries were busy distributing seedlings in the past few months with a total of 26,592 going out to 717 local farmers. Over 11,200 kg of bean seeds were distributed to 183 farmers. Thirty-nine new gardens were also set-up in local communities. Our ever-increasing agroforestry production helps reduce unstainable agriculture in the area. Distribution can be made difficult by poor road conditions, exacerbated by bad weather that often floods them and disables vehicles. Still, nursery workers and agronomes are eager to distribute and receive the seedlings.

World Tree Day was celebrated on November 6 in the Reserve, taking advantage of the rainy season, where children were able to plant reforesting trees around their schools. This not only educated children on the importance of the rainforest habitat but provides shade around the classrooms and causeways for wildlife. Efforts to include children in sustainable agroforestry practices seems to be having a positive effect. Youth have been taking on a larger role at the nurseries and aiding in the distribution of seedlings.

Providing sustainable agroforestry is one of the largest contributions we can make to protecting the Ituri Forest. Establishing nurseries and community gardens leaves a lasting, perpetuating benefit to local communities by providing a lasting food source and protecting the environment at the same time. It is exciting to see the youth willing to help at nurseries and participating in International Tree Day. By establishing a consideration for the environment early on, we hope to see these youth become leaders in their communities and continue to expand sustainability across the Reserve. 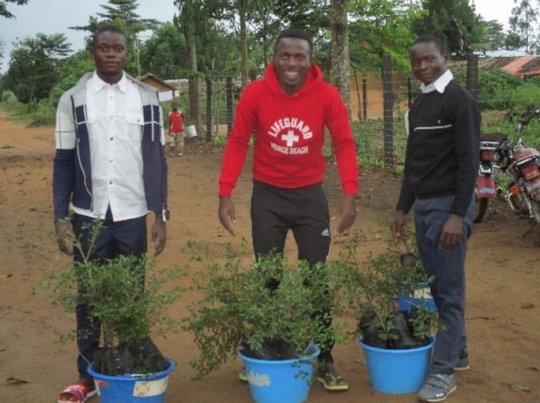 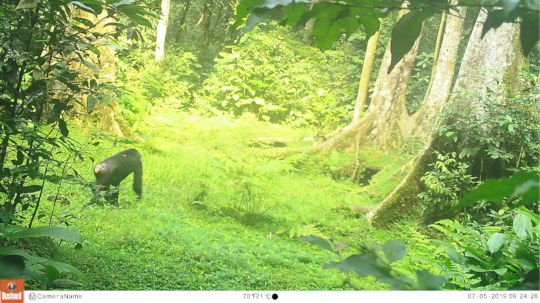 ICCN Rangers have continued their hard work through 2019, protecting the Okapi Wildlife Reserve from poaching threats deep within its dense rainforest, A total of 96 patrols were completed covering about 3000km of the Reserve during the first three quarters

Despite the challenges of hiking such a treacherous environment, often with limited and well-worn gear, the rangers were able to shut down operations on 16 illegal mining camps, 16 poachers’ camps, and remove over 1500 snares from the Reserve. It is critical to remove these snares, as they are very effective in catching chimpanzees and other primates. Even if an animal can break free, these snares can cause severe and permanent injury, as well as send the animal into a terrible panic. These permanent wounds are often found on the primate’s limb, crippling them and causing them to become ineffective hunters and travelers. Rangers work diligently to remove these snares as quickly as possible and combat the root cause of the problem - the poachers themselves and mining camps that rely on the bushmeat for their operations. No chimpanzees or other primates were confiscated over the past 3 months.

Okapi Conservation Project’s continued support of agroforestry programs in surrounding villages continues to take pressure off the Ituri Forest’s resources. With sustainable agriculture practices being implemented, villagers are becoming less and less reliant on bushmeat, and therefore poaching. The reduction of slash-and-burn agriculture also keeps the more of the forest intact for wildlife.

We commend the ICCN rangers for their protection of wildlife, and with your help can continue to assist them in their patrols and reducing bushmeat poaching. 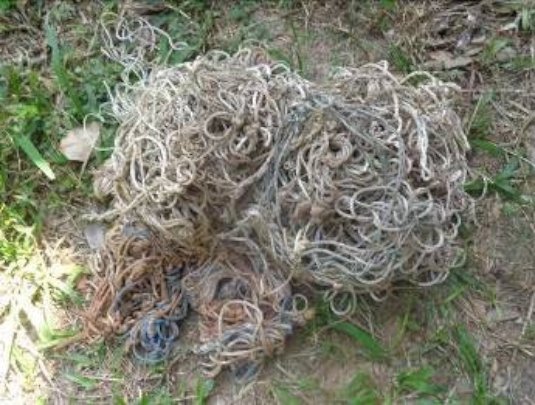 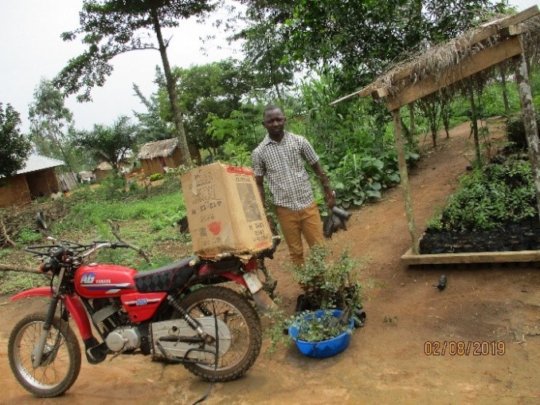 Seedlings distributed to farmers from nursery

By providing families around the Okapi Wildlife Reserve with the resources to support sustainable agricultural we are protecting the okapi’s natural rainforest habitat while assisting the communities that call the area home. By only using designated agricultural zones combined with strategies that lengthen the life of the soil, communities can avoid the slash-and-burn agricultural methods that destroy large swaths of the rainforest while gaining increased harvest yields through better farming practices.

This quarter we have continued to distribute seeds from five sites around the Reserve benefitting 774 farmers across the region. A grand total of 23,331 seedlings and 1,525 trees were planted during the third quarter this year. Sixteen new vegetable gardens were set up, adding an additional 71 households across five sites to our program. The main harvests included rice, beans, and peanuts providing a sustainable dietary resource for the communities.

Our efforts in creating sustainable agricultural have been so popular with the local community that they have attracted some unwanted attention from local wildlife and intruders in Mambasa. To thwart these raids, the nursery constructed new fencing and gate that now secure the property.

International Tree Day will continue to be celebrated this year, with saplings being distributed to children to plant around their school. These trees provide much-needed shade from the tropical heat as well as wildlife corridors for local animals to enjoy.

Programs like these establish long-term solutions to agroforestry for the region, empowering people and allowing them to become self-sustaining. It also gives them the opportunity to participate in the conservation of their environment while still providing for their families. The protection of the okapi and aid provided to local villages is only possible through the funding of our generous donors like you. We thank you for your continued support and look forward to seeing you in the new year! 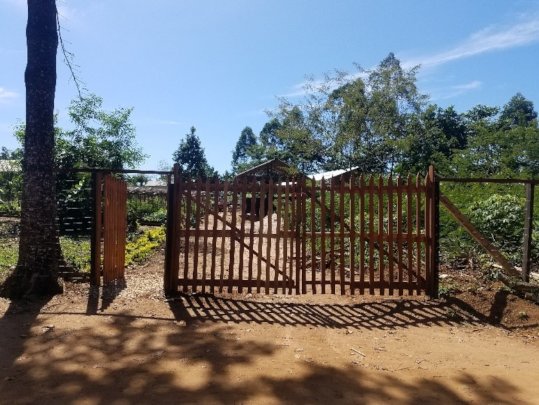 New gate for nursery in Mambasa to prevent goats 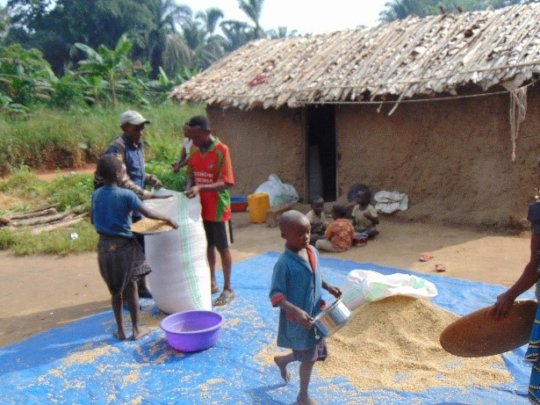