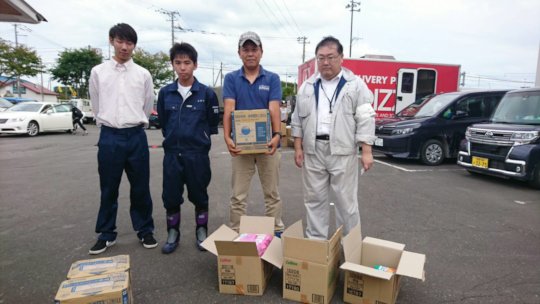 The 6.8M earthquake that hit the northern island of Hokkaido in the first week of September, caused a total blackout of all the homes in Hokkaido for 2 – 3 days. We sent a team to Hokkaido immediately to the epicenter along the Hidaka coast where there had been major landslides in the rural and mountainous area. After bringing in some initial supplies of food, water and generators, as a number of communities were severely affected, we  started operating an on-site volunteer base in the town of Tomikawa at facility owned by a church. In cooperation with a network of churches in Hokkaido, volunteers came in to help families clear out their homes that had been severely damaged, and make some repairs. A total of 523 persons benefited from our activities in Hokkaido.

We have started a new project to set up the only Learning Center for children in the town of Hobetsu, near the epicenter that had been damaged beyond repair and will be demolished by the government. This project will purchase a Trailer House that will be used to provide a place for over 47 children to continue their extra-curricular learning programs, and activities to relieve post-traumatic stress. If you are interested in this project, more details are at the following link.

Thank you for your support of our efforts in Hokkaido. 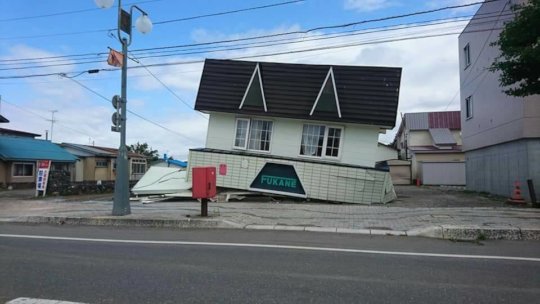 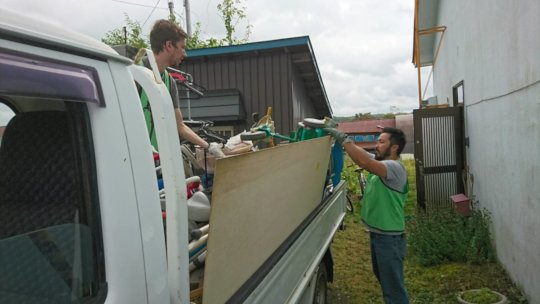 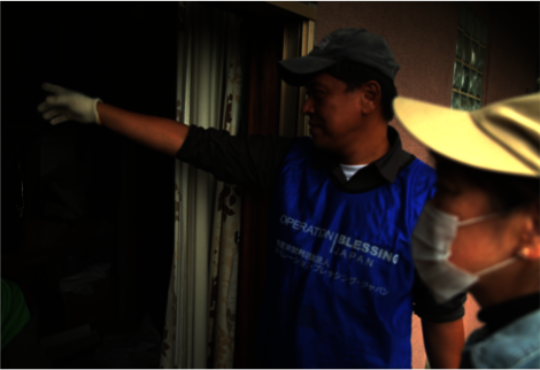 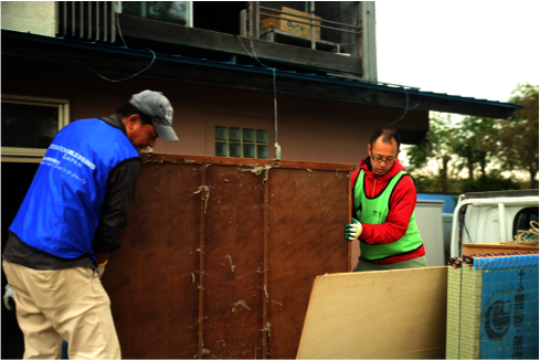 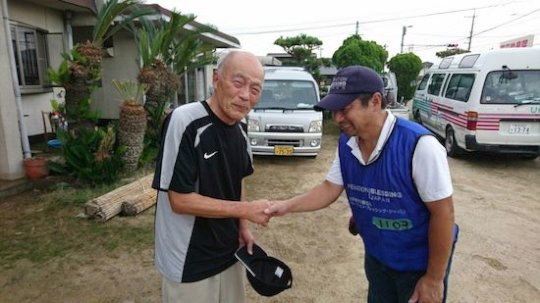 Following the flooding that inundated thousands of homes and businesses in West Japan, Operation Blessing's cleanup team worked hard and tirelessly throughout the summer heat to haul out mud, gut walls and floors, clean with power spray cleaners, and remove soiled personal effects.

The Hanada Maternity Home had been inundated to almost the second floor. The home had been started by the present head midwife’s parents some 50 years ago in an effort to help the local community. The midwife's 85-year-old father shared through tears in his eyes how grateful he was for the Operation Blessing team to come and do a major cleanup job of the facility, and their home behind.

Daughter and father had been in a daze as to what to do when disaster struck. However, they learned through a friend who had been helped, of the Operation Blessing Cleaning Team, and asked for help.

Operation Blessing staff and volunteers spent a number of days working on their property to get it ready for renovations that would be needed, and so that the second floor of the facility home could be used for supporting pregnant mothers.

Thank you for your support of Operation Blessing to make this all possible. 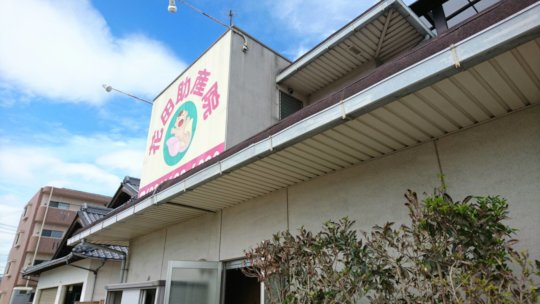 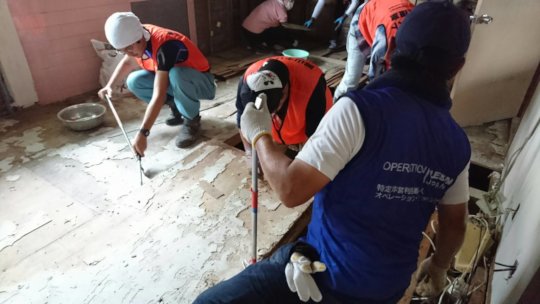 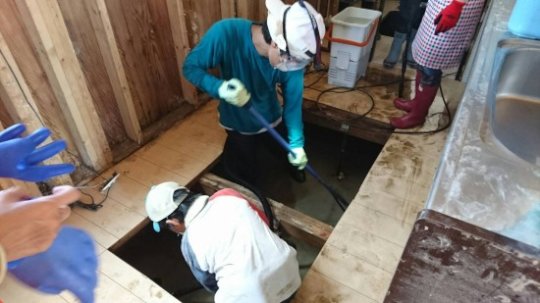 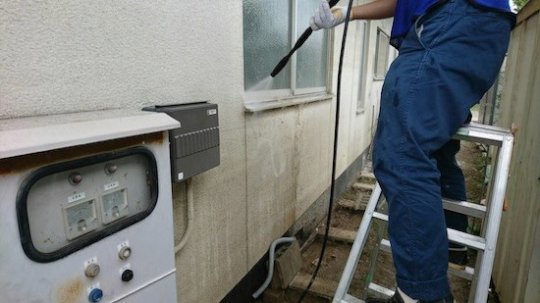 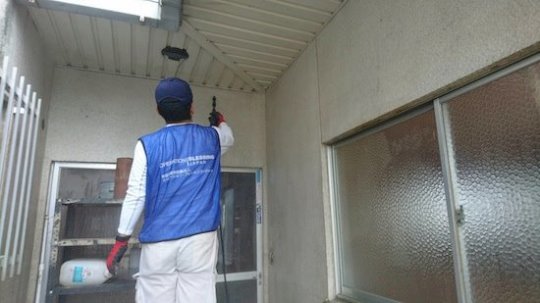 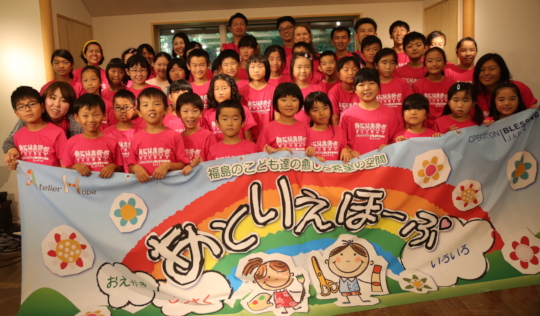 Our safe summer camps for Fukushima children held in July and August were a great success.

The children were taken by bus to a camping facility in Miyagi Prefecture, where they enjoyed outdoor barbeque, campfire, songs, craft time and bedtime story.

The following day, the children piled into the buses and traveled to Shiogawa Port where they boarded a ferry which took them to Katsurajima Island. Here they were met by one of the local fishermen who was our guide to the island.

The children looked for crabs and other sea creatures in the sand with the tide out, and also did some cleanup of the beach from trash that had drifted ashore.

After a "seafood" lunch prepared by the local fishermen's wives, the children were able to play on another private beach on the island and paddle in the water.

After returning to the mainland campsite, there was dinner and time for singing and bedtime story.

On the last day, the children had another morning session with crafts and then were taken to an adventure playground at a nearby wooded area before heading home on the bus.

Misaki's mother reported that this was the first time that her daughter had been able to swim in the ocean since the disaster. She felt her child has grown stronger, and more cooperative since attending the camp. Other parents gave similar high marks for the camp and were excited that their child could spend time in the great outdoors.

Thank you for creating special memories for these precious children from Fukushima. 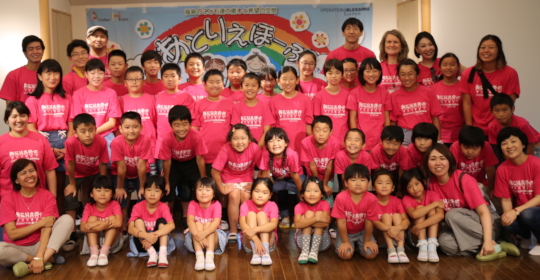 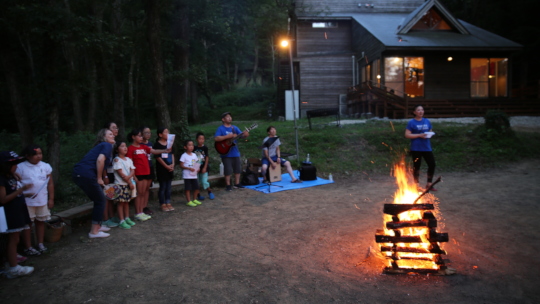 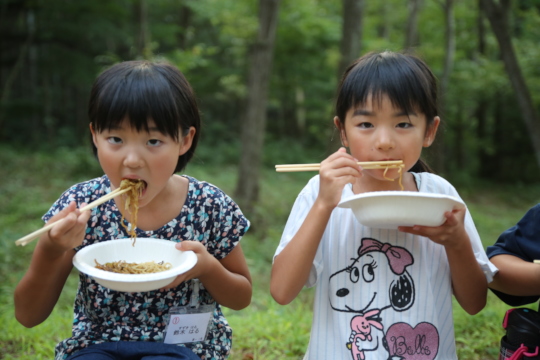 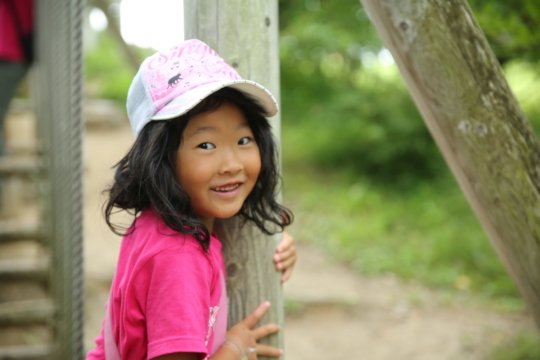 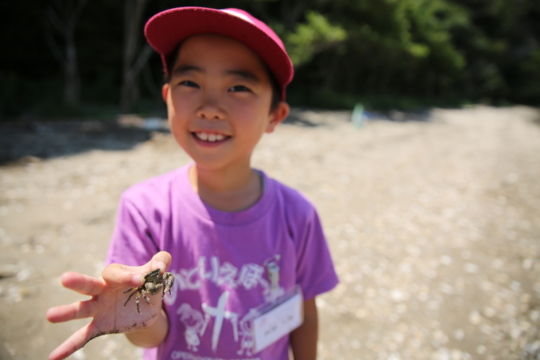