Celebrating Noel and the New Year with books 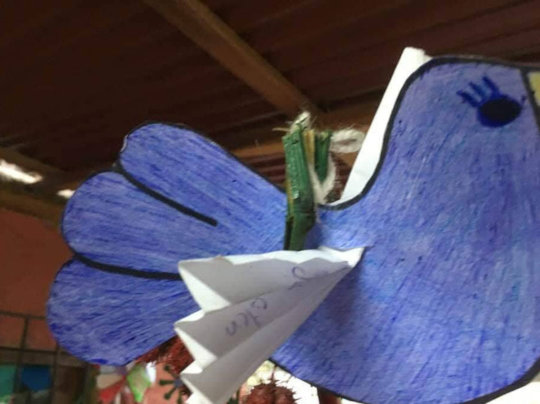 The month of December was filled with anticipation by the children of Clara Luna's Club de Niños. We read "The Giving Tree" by Shel Silverstein and did an activity where we made trees by twisting craft papers into trees and painting the resulting sculptures.

The weeks before Christmas were occupied by making a festive tree from the branches of a recently trimmed tree found in a lot nearby. The children made ornaments from recycled ropes discovered on the beach and God’s Eye ornaments from popsicle sticks and yarn. Club de Niños also drew, colored and cut paper doves with three dimensional wings to decorate the tree. Club Discapacitados made triangular tree decorations from sticks and paper.

The parents participated in a “Minga” a traditional community activity where everyone works together in a general clean up, repair and decoration of our outdoor space in preparation for the Christmas Party.

The Christmas party was well attended by the children and parents. A visit from Papa Noel was enjoyed by the everyone. The children sang Jingle Bells, We Wish You a Merry Christmas and Feliz Navidad in English. They all received gifts of a book, a small toy, sweet treats and a hug from Papa Noel.

As the new year began, we were the host to a number of volunteers from an organization named Solidarité Sud from Quebec City in Canada. With their assistance we started on the first phase of renovation to our classrooms. The walls between four small rooms were removed making a two larger teaching spaces, electricial outlets were moved, the walls were painted a bright cheerful color and new tables, chairs and bookshelves were added. The Solidarité Sud volunteers also taught crafts, read to the children and taught English.

In February we focused on the book “Las Chicas son de Ciencias” (The Women of Science) by Irene Civico and Sergio Parra. Every session we read a short biography about a notable woman of science such as Henrietta Leavitt a 19th century American astronomer, Rosalind Franklin, a 20th century English pioneer in the study of DNA, and Maria Sibylla Merian a 17th century German Naturalist, Etymologist and Botanist who using her keen observational skills revolutionized both botany and zoology

As the month ended we prepared for Carnival in early March ...more on that next time. eley 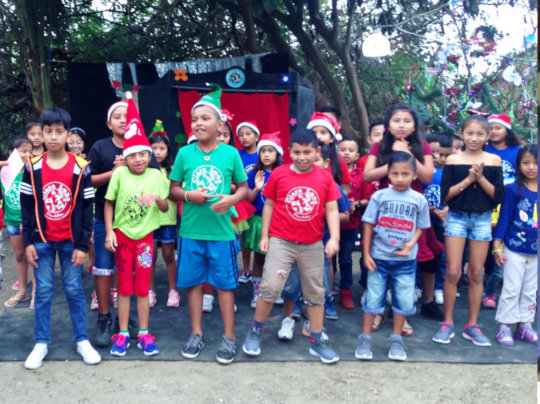 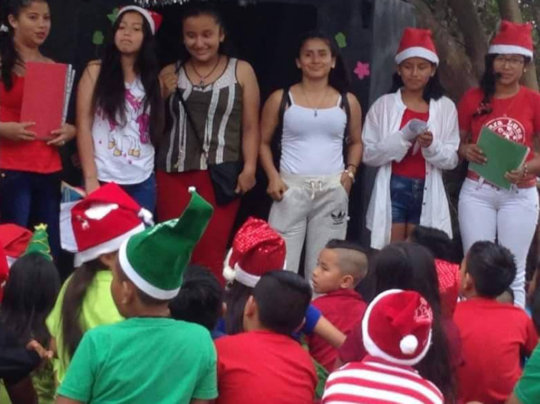 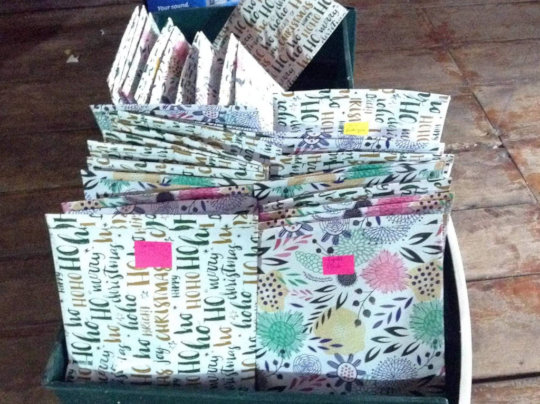 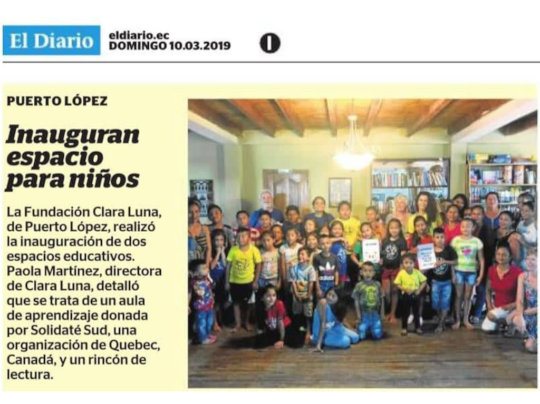 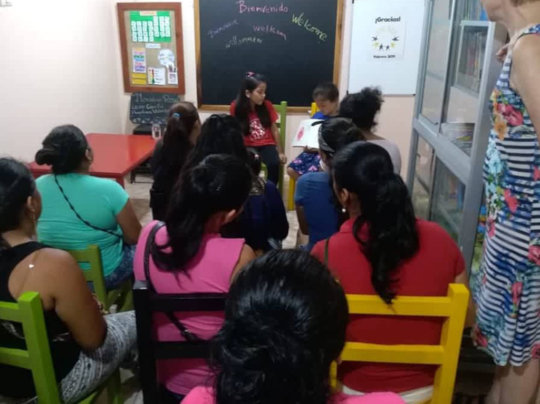 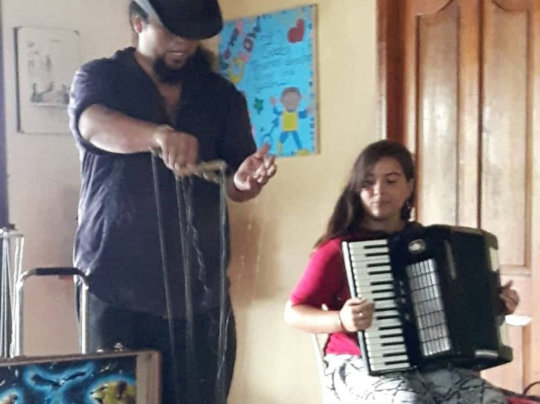 Reading our way to Leadership 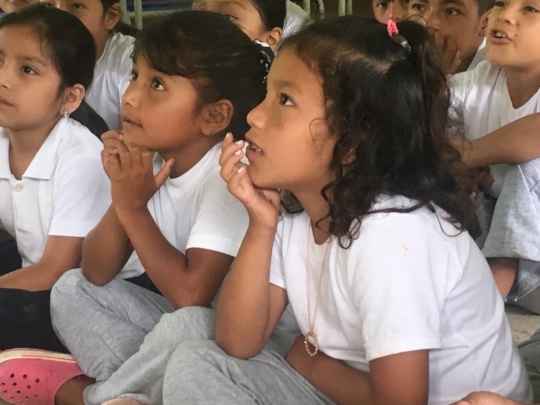 In recent months we have visited the rural community of Río Blanco and it's one room elementary school where we brought boxes of  books for the children to read with us. After a time of free reading,volunteers read a story to the assembled group of youngsters aged 6 to 10 as they listened in rapt attention. One story was about dinosaurs, always a favorite subject for the children. When the story was completed the we did an art activity making dinosaurs from paper plates.

We also extended our outreach with this program "Cuentos en la Plaza" ( Stories in the Plaza) of bringing literature and activities to  local schools in Puerto Lopez and to an after school community project in the village of Puerto Rico.

We recieved assistance from volunteers Martina from the Netherlands, Pauline from France and Victoria from Germany. Celine and Lousia from Solidarite Sud in Quebec Canada were especially helpful in preparing and presenting programs.

Our teenager's club (Club de Jóvenes) participated in a presentation from the staff of Equilibrio Azul Foundation, Proyecto Tortugas. They learned about the threat to sea turtles from plastic pollution in our coastal areas, the life cycle and nesting habits of the turtles. The teenagers were trained in identification of nesting sites and they volunteered to spend several nights on a protected beach in the Machillia National Park observing and recording nesting activities of sea turtles.

Clara Luna  wishes to express our gratitude to the children of St. Jesaja Church in volunteer Victoria's Germany home town for their donations that made the first stage renovation of the reading corner possible. Special thanks to Solidarité Sud whose volunteer's donations and physical effort  created  and furnished a new classroom that will be enjoyed by the children for a long time to come. 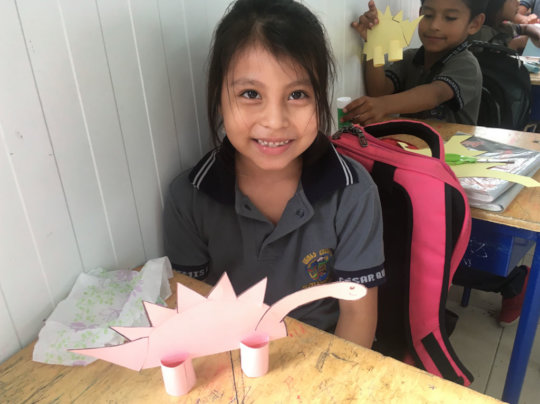 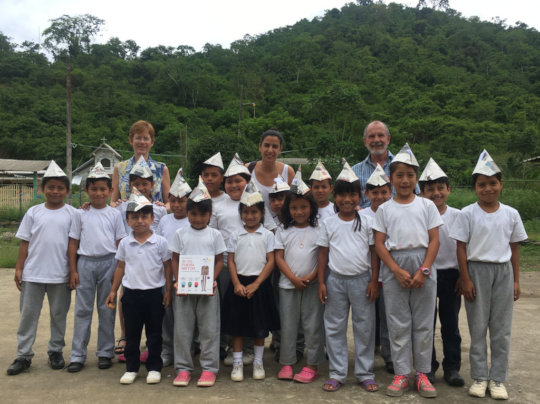 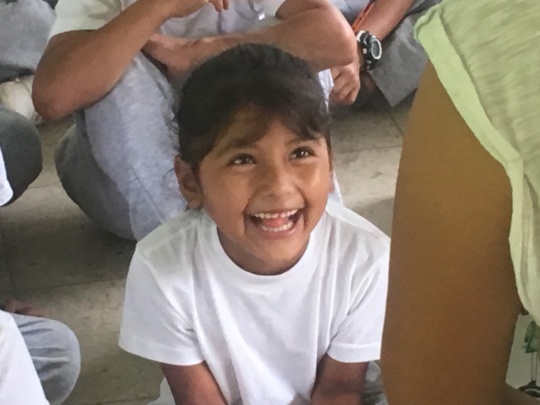 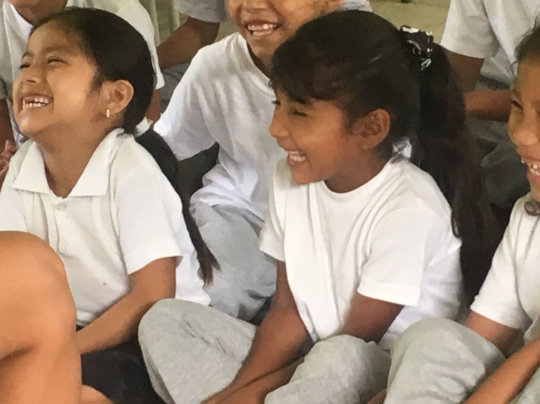 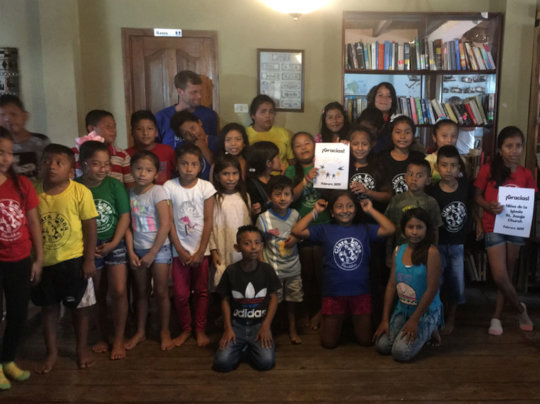 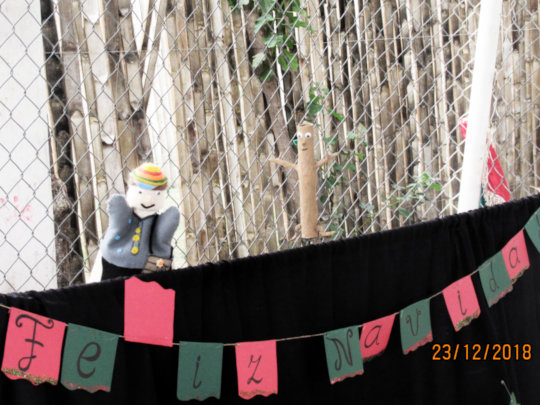 On our last visit on 2018, the children waited us for reading aloud the stories, StickMan, by Julia Donaldson, brought some magic back on Christmas Season. Children made their own StickMan. We attended the Bingo and Garage Sale in Canoa. Kids from Canoa, Coaque and Tabuchila enjoyed the StickMan puppet show, they helped StickMan to come back in the family tree with his Stick Lady Love and their stick children three.

On January, children from Ludoteca San Vicente and Tabuchila read aloud the story of  "Arriba y Abajo" (Up and Down), once again they listened another lovely friendship story to treasure by Oliver Jeffers, kids were happy because they learnd how to draw a peguin step by step, each kid made his own drawing. Also, we presented the puppet show "Para qué sirve un niño" (The Pointless Leopard: What Good are Kids Anyway?), by Colas Gutman, a charming tale, about the parts we play in the lives of others.

So, we finished this report loaded with new expectations and ideas to continue keeping the children reading on 2019. 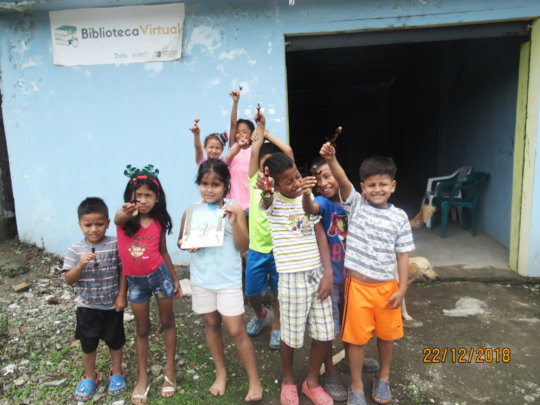 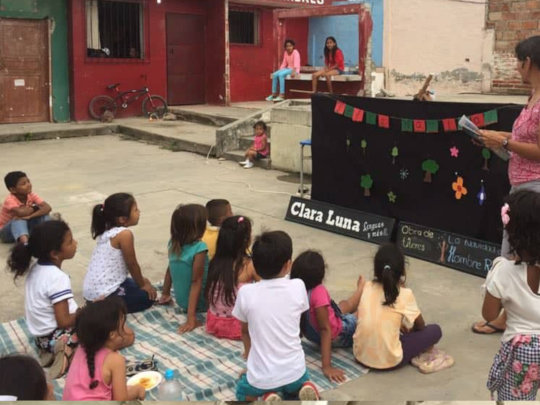 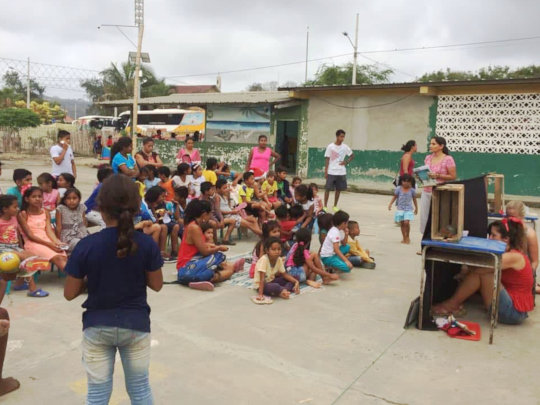 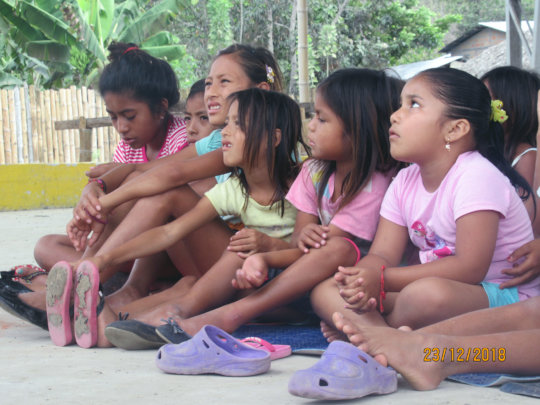 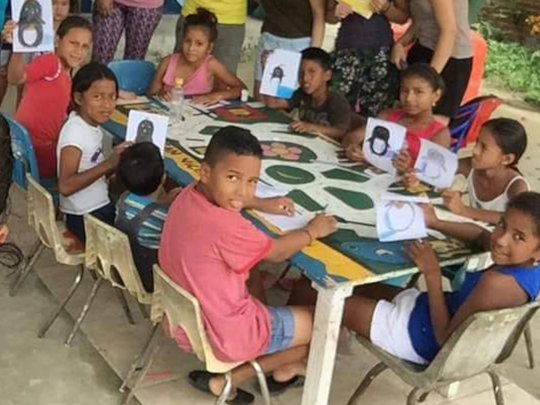 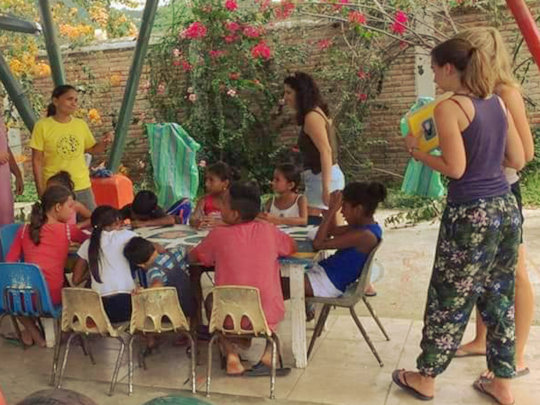