With your contributions, the IRC has been able to provide opportunities for 7,000 newly resettled refugees, asylees, victims of human trafficking, and other immigrants in the United States since February.

Now, in September, it was announced that President Trump will be capping next year’s refugee admissions at a historic low of 45,000. That means while the refugee crisis rages on, and 65.6 million people have been displaced worldwide, the U.S. will only be able to resettle 45,000 refuges in 2018. For comparison sake, the 2017 cap was 110,000. Previously the lowest cap had been 67,000 in 1986. Our VP of U.S. Programs, Hans Van de Weerd, says that this “record-low cap on refugee resettlement, the White House is showing a stunning cruelty toward those fleeing our common enemies - enemies who intend to paint the U.S. as indifferent to refugees' suffering”.

While sustained federal  funding  has  been  approved  for  refugee  resettlement  this  fiscal year, measures  of   the executive  orders  that seek  to suspend  the  refugee  program  and  restrict  entry  into  the  U.S. based  on  nationality continue  to  be  debated  in  court, and therefore continue to jeopardize the IRC’s funding for resettlement and immigration services. Refugees face an uncertain future in the U.S.–making your support more valuable than ever before. Support from GlobalGiving donors has enabled the IRC to:

The US has a long history of resettling those fleeing war and persecution abroad, and often sets the trend for how other countries will respond to crises. With a cap this low — and need this high — the US is sending the message that we’re not interested in doing any more than the bare minimum to help families fleeing war, violence, and persecution in their home countries. This bare minimum isn’t good enough, and together, with your support, we can continue to set a better standard for our friends abroad to follow.

Update - Help Refugees at Risk in the U.S. 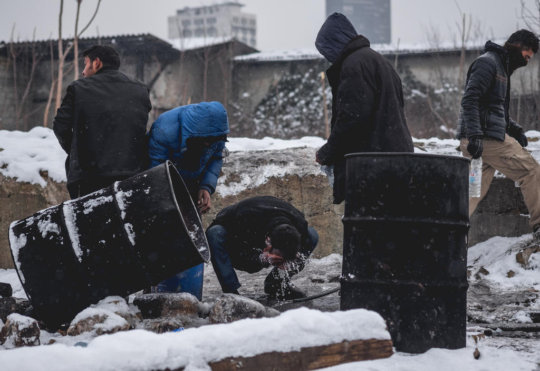 As dangerously cold weather grips Greece, the International Rescue Committee has been doing everything within our power to ensure that people staying in the refugee sites where we work are warm and safe. We are particularly concerned about children and the elderly, who are most at risk of hypothermia and worse if they don't have sufficient heat.

Over the past few days temperatures across the Greek mainland have plummeted to levels not seen in a decade. Many areas are blanketed with snow: More than a foot has fallen on the island of Lesbos in the Aegean, where recently-arrived refugees living in tents at the Moria reception center are especially vulnerable.

IRC teams spent the days ahead of the storm system battening down the hatches and preparing the refugee sites where we work for the unusually severe winter weather, providing 54 emergency heaters (with another 59 to follow this week) and working to prevent water outages caused by burst or frozen pipes. We delivered more than 300 thermal blankets, as well as gloves and warm socks, to refugees and also opened communal warming spaces in several locations across the country.

In Veria, Diavata and Alexandria, the three sites where we work in northern Greece, we opened our women’s safe spaces and children’s safe healing and learning spaces to everyone, so that refugees would not feel isolated during the storm. People were invited to come enjoy tea and hot chocolate, and spend time in the company of others, talking, knitting and playing games.

IRC aid workers have been making sure that refugees in Veria, in mountainous northern Greece, are prepared for the unusually severe winter weather.

At Veria, which is in the mountains north of Thessaloniki and received heavy snowfall, refugee women and girls joined IRC staff in one such safe space to watch a movie. “The space was full of chat and laughter,” said Eileen Brady of the IRC’s refugee protection team. “There was ‘heart warmth’ all around.”

At the Skaramagkas refugee site near Athens, the IRC’s child protection team hosted a puppet show for young refugees with one of our partner organizations. The children also had a chance to make puppets of their own.

In the meantime, IRC technicians remain on high alert, working to mitigate damage from frozen pipes, including providing 1,000 bottles of water to refugees in Diavata after an interruption in the water supply there. The IRC has also supplied 25 chemical toilets to Diavata as a stop-gap measure until temperatures return to more typical seasonal levels.

So far Kara Tepe, the refugee site where the IRC works on Lesbos, is holding up to the harsh winter weather, and people staying there are safe and warm. Kara Tepe shelters the most vulnerable refugees, including women traveling alone with children, the elderly, and people with disabilities. The IRC remains on standby to mitigate any interruption in water and electricity supplies there.

Temperatures are forecast to remain below freezing in northern Greece at least through the end of the week, while heavy rain and high winds are expected on Lesbos through Wednesday.

As thousands of refugees are stranded or risking their lives trying to transit through Bulgaria, Serbia and Hungary in extremely cold weather, the International Rescue Committee and its partners in Serbia are providing winter relief, including clothing, medicine and other emergency aid in some of the most challenging locations.

We are especially concerned about the safety of refugees sleeping in unheated, makeshift shelters rather than in refugee camps, where they fear officials will send them home. Many are children traveling alone: IRC partners provide specialized support for them.

Some 7,200 people are stranded in Serbia, with around 82 percent accommodated in 16 government shelters and the rest sleeping rough. In Belgrade city center, over 1,200 young people, including children, are sleeping in derelict warehouses in brutally cold weather, where temperatures reach –4 degrees Fahrenheit. 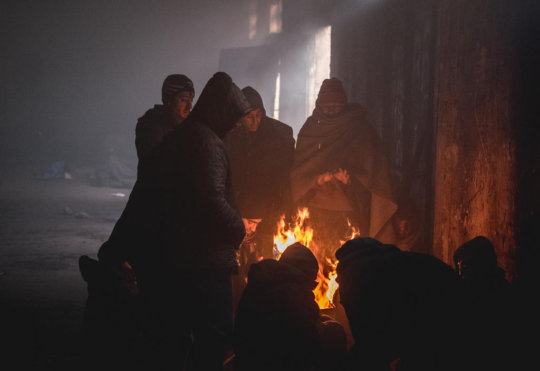 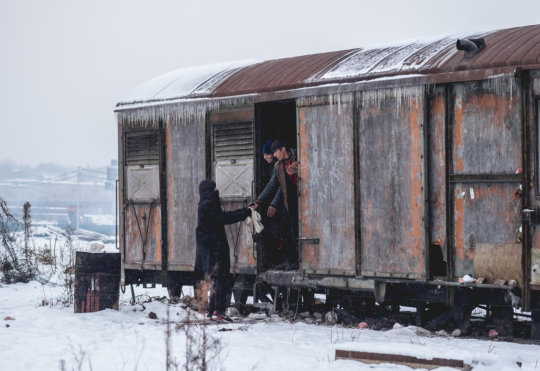 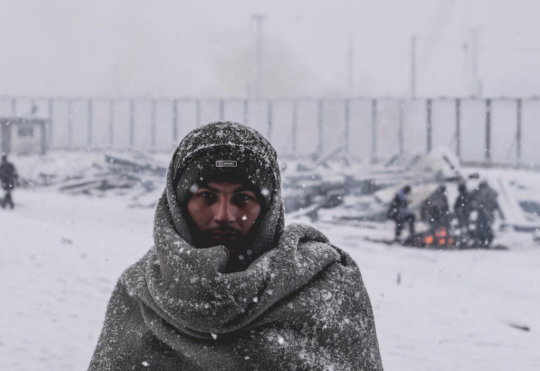