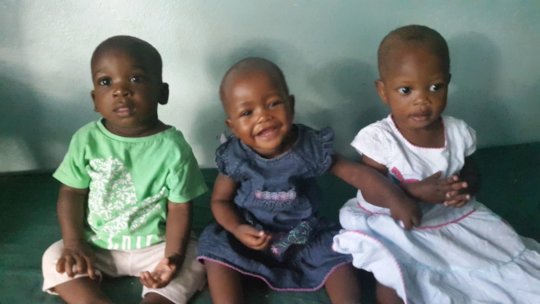 We often forget why institutions like Diani Children’s Village were set up and people may inevitably lose sight of the life long path that the Home is trying to craft for these young people. With each passing month, new situations mean that the circumstances of each child changes, and must be met with new solutions.

The young adults continue to surprise and delight everyone with their individual achievements some of which are truly remarkable.

Lydia completed her formal education which, for those who know her background, is an amazing thing. She was offered a scholarship at the Alison Caroline Institute , college of Beauty, Fitness and Holistic Therapy in Nairobi and absolutely loves it! http://www.acicollege.com

In her free time she does work experience at a four star Hotel in Nairobi. This is a young lady that almost everyone had given up hope in during her school years!

The youngest cohort of children has presented some very serious challenges;

Moses was discovered to suffer from epilepsy and has very poor muscle coordination. He was put on medication and has been undergoing therapy at a clinic in Ukunda and can now almost crawl like a normal child.

Naira was found to have a physical defect in her legs such that she was unable to stretch her legs and place her feet flat on the floor. She too has been undergoing therapy at the same clinic and with a rather strict regime of splints and bandages on both her legs she is now also almost able to crawl.

Baby Rita/Zawadi, who was abandoned by her mother a day after she was born, has posed the most serious challenge. She appears to have a problem with her gastrointestinal tract which means she has not been able to feed normally and has resulted in her being very underweight and dehydrated. She has been in and out of hospital , currently in Mombasa being looked after by a specialist who is trying to find a solution. Still a long way for this little gem…

This quarter, the Home had the first successful adoption of one of the children. The child seems to have settled well with his new parents and the phone calls thus far are extremely encouraging that the adoption will be a success.

On behalf of the Children, the Staff and the Managing Committee, we would like to take this opportunity to wish you all God’s Blessings during this Festive Season, and our best wishes for a Peaceful and Prosperous New Year. 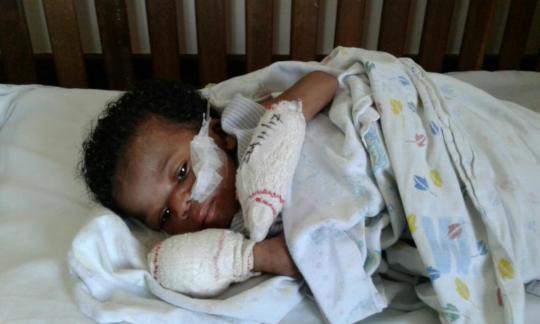 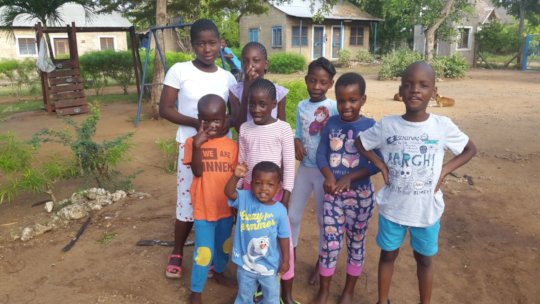 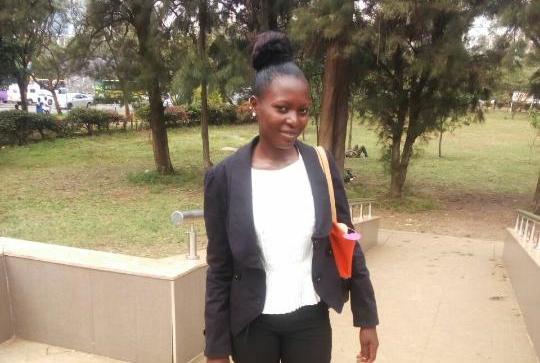 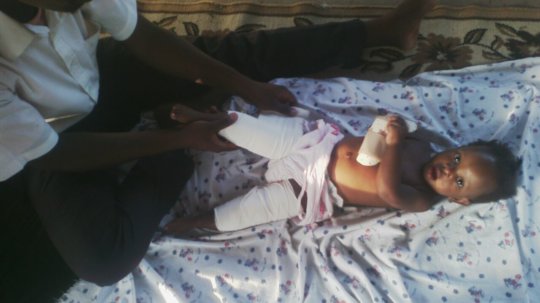 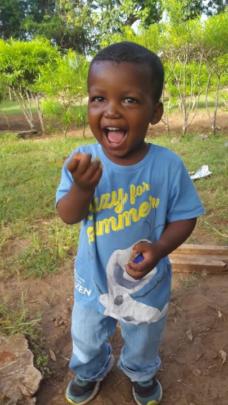 Projects, Jobs and a New Addition 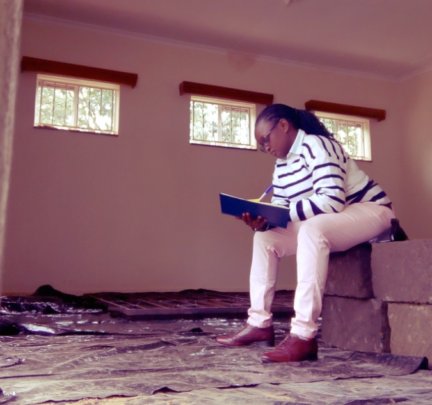 Greetings from Diani, the long rains have persisted in some areas and strangely enough this season, are characterised by heavy squalls that are very localised which means you can have a centimetre of rain in one area and 200m away it is bone dry!

In our last newsletter, we wrote that there were some leaks, but these became more pronounced with those localised squalls. We are grateful that a kind benefactor undertook to sponsor the re-roofing of the entire main house with modern coated aluminium sheeting that will allow us to collect rainwater. Thank you.

The workshop show room is now complete and in use. The workshop has orders for cupboards, beds, sun beds, teacher’s desk and normal desks from schools and private individuals. This additional space has also made the production of bulky items much easier as the unfinished items do not clutter up the workshop.

The free range layers are ready to lay! We expect our first batch of eggs in early September. For those who have had the pleasure of eating them, please make your orders early!

Dorcas has just finished her Diploma in Business Management at the Coast Polytechnic, and she is lucky enough to have been offered a place in the Internship Program at Base Titanium for three months. We wish her the best in this exciting endeavour.

Ruth has also just finished her diploma in Interior Design and has secured a contract from a local NGO to convert a garage into a library. Ruth was one of the first children to come to the Home, and she now regularly visits to share her experiences with her siblings and help them navigate the perils of being out of the Home. She has also taken responsibility for seeing that the little areas of repairs and maintenance in and around the Home are attended to.

This week, the Home received a new baby, a little girl who they estimate is around 5 to 6 months old. She is reasonably good health and the Staff have named her Mercy. She will be cared for alongside Moses and Blessing, who are growing very well.

We continue, with your help, to provide the best possible care for children whose circumstances have led them to where they are completely vulnerable and we do so with the faith that good will always triumph in the end. 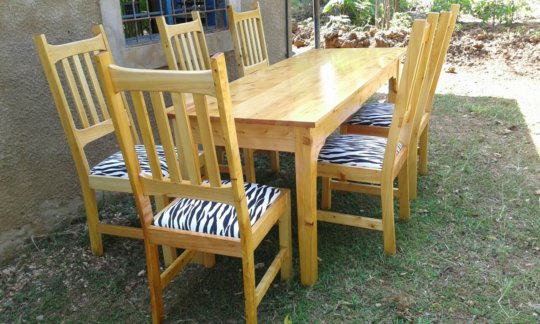 Dining table and chairs made at the workshop 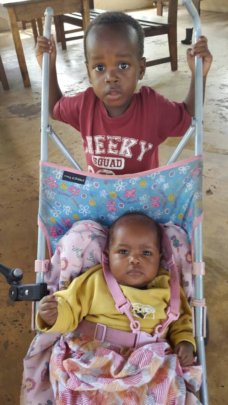 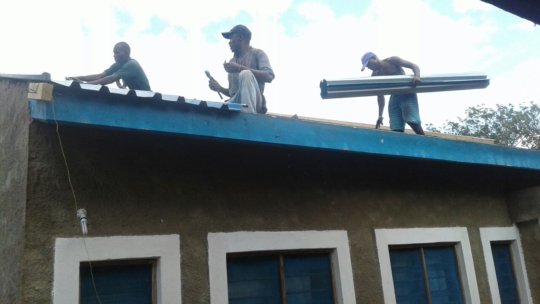 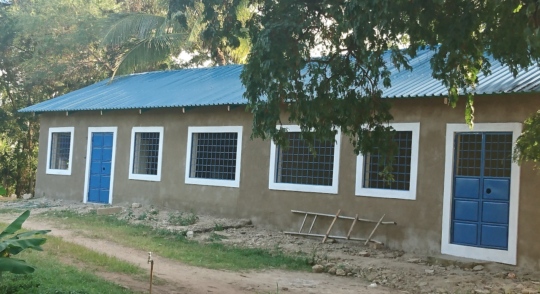 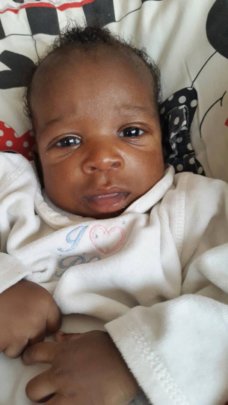 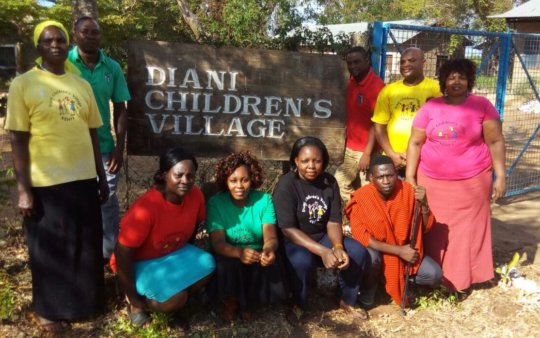 Greetings from Diani where our long rains have started and are showing us where we missed a maintenance item or two! Everyone has welcomed the rain and relief it has brought from the blistering temperatures of the end of summer and the still sultry nights as the doldrums passed overhead. Cool winds are now blowing from the South East and will do so until late November.

The change in monsoon means a shift in gear in the way the Home operates. With the ever present threat of our ‘winter’ maladies like flu, malaria and other related diseases, some of the younger children end up in Hospital and have to have an adult from the Home stay with them.

The staff always rise to this challenge with out so much as whisper, and work the extended hours that are needed as the Hospital is not so near. Those left in the House have to take up the duties of their colleague who is on Hospital duty and ensure that all the activities carry on as normal.

What may never be considered is that the extended duty time is time that the staff take from their own family time and personal commitments. This is a true demonstration of their selfless dedication to the Children at the Home. Thank you.

In our August 2016 newsletter, we wrote about the workshop project and we are delighted to report that the showroom extension and finishing room are almost complete! The rains are slowing down the finishing works but by July, it should be fully operational and hopefully the order book will start building up.

The other income generating project that had been put on hold received a generous boost from a couple who have previously supported the Home and the free range chickens are back! It will be a few more months before they begin to lay eggs, but there are many a resident who are looking forward to the delicious eggs that should be produced.

Grace, who was the very first child to the Home has now graduated from Mombasa Technical Training Institute with a diploma in Tourism Management and is now working on an industrial attachment with the prestigious Ashnil Hotels Group who operate three luxury camps and lodges in Tsavo, Samburu and Maasai Mara Game Reserve.

The middle age group has been taking Taekwando lessons and surprisingly they have taken to the martial art like ducks to water! They have just had their first grading and six of the seven have all achieved yellow belts. Joy, however, has been judged to have made the most progress and has been awarded a blue belt! Congratulations to them all.

Hamza, whose parents are incarcerated, is now walking under the watchful eye of his older (but not taller) compatriot Yusuf. They are joy to watch as they muddle around the compound exploring their new playground.

Avigail, who was rescued from human traffickers, has made tremendous progress given that she had broken bones in both her legs as a result of the rough treatment by her traffickers and sadly having the bad luck of the Doctors’ strike just when she needed that critical medical attention. She is a now a bouncing little bundle of joy.

Blessing continues to grow and she is the sweetest, gentle and beautiful baby one can imagine.

The Home has just this week received another baby found abandoned in a storm water drain. He has been given the name Moses and is about one month old. He is in good health and has started the rigorous routine to bring him to what is considered normal growth rates.

As one young adult leaves to join the wider society, another child joins the Home! The cycle continues with a tinge of sadness but ever stronger with hope. 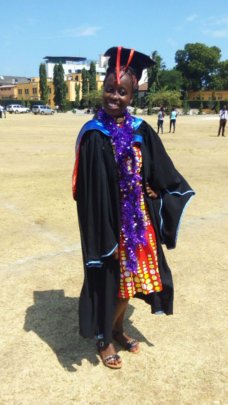 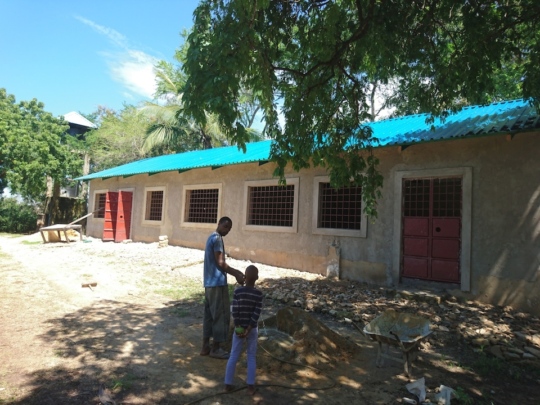 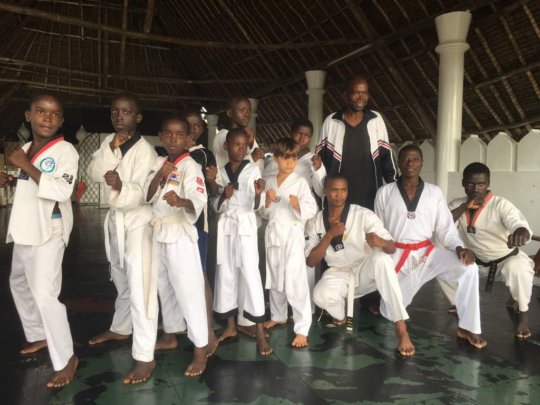 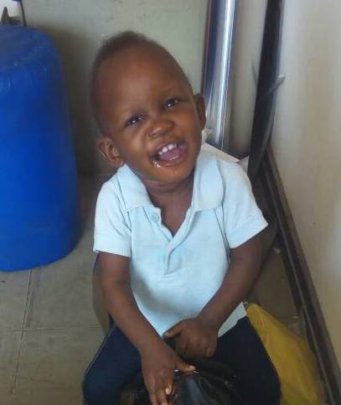 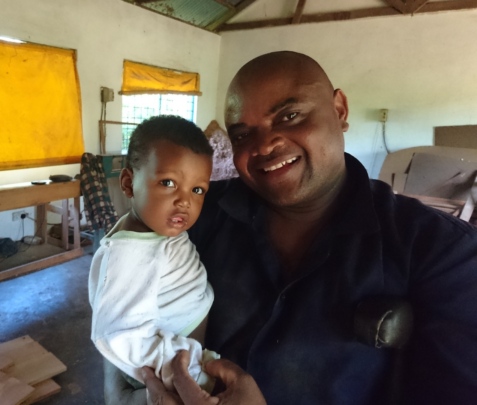 Workshop manager Ishmael with Hamza
‹ 1 2 3 4 5 6 7 8 ›
WARNING: Javascript is currently disabled or is not available in your browser. GlobalGiving makes extensive use of Javascript and will not function properly with Javascript disabled. Please enable Javascript and refresh this page.