YOU ARE NOT ALONE ANYMORE! 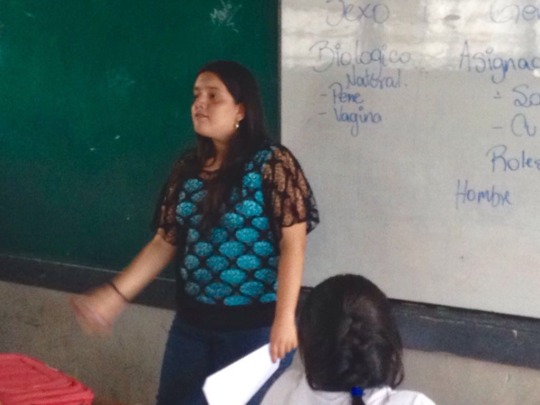 Women shouldn't face challenges thinking that they do not have support; the CDC Community Development Center developed a program called “NEW WOMAN…NEW MAN” considering the family violence affects both men and women.  There is a better life waiting for them!

At ELOY ALFARO SCHOOL, we offer group workshops and counseling for those who have experienced violence or abuse in the home. Also we are implementing a prevention program for second and third graders, students between ages 15 and 18, mostly girls participate in lively discussions and acquire basic life skills to prevent this major problem at home.

We know that the first step to healing is asking for help and, when that happens, we'll be there to offer support and guidance.

Each student is very important and through the program we can determine specific needs; this information is presented to the Leader to address the issue more fully.

Our program includes workshops about:

We understand the various dynamics influencing life situations and we are constantly receiving training by Rossy Verduga, Specialist Family Violence, to take on even the most challenging circumstances.

They are being accompanied in this process to the recovery, knowing that they are not alone anymore! 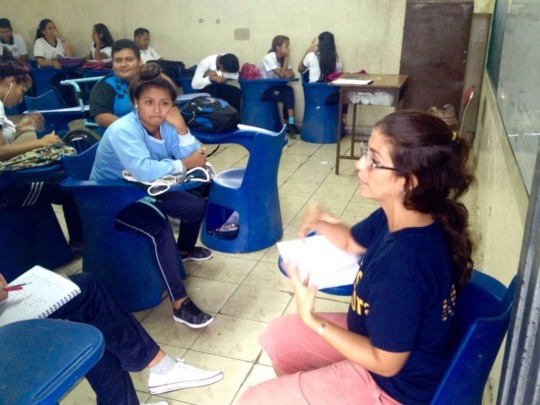 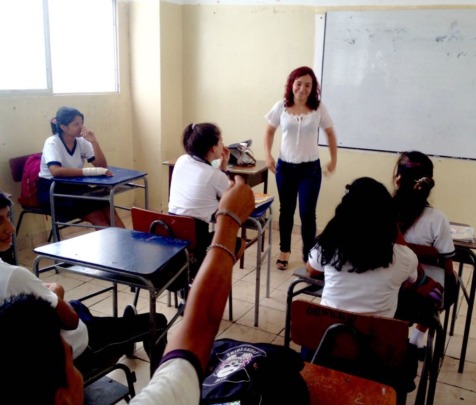 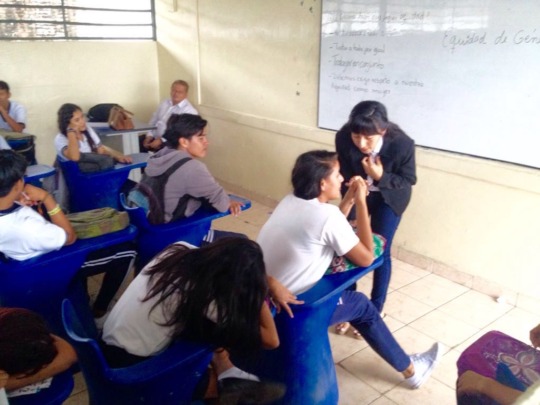 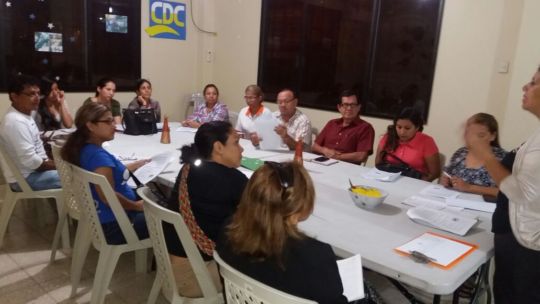 LEAVING THE PAST BEHIND WORKING FOR THE FUTURE 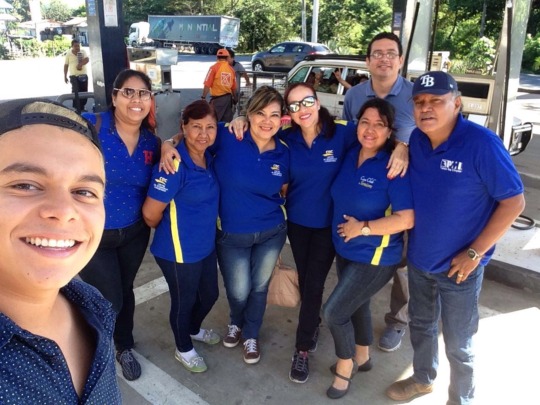 A year has passed since a terrible catastrophe shook our country right from its bases. Nevertheless with effort and unity we were able to overcome the pain and the fears and unite as one strong hand to help our brothers and sisters affected by the earthquake occurred on April 16, 2016.

As a nonprofit community concerned organization, the CDC Community Development Center, developed a project in order to help to the cause of restoring our country’s most affected places. This idea took shape and ended as WITH YOU ECUADOR project, which helped hundreds of people to overcome their deplorable situation. After a year of hard working and dedication, we were informed about the visit of Emma Donnachie, a Global Giving representative to evaluate the development of this initiative, which we received with open hearts.

The CDC team volunteers from WITH YOU ECUADOR project moved to Bahia de Caraquez  with the objective of having Emma present in the workshop “How to make a family budget” imparted by Mr Ricardo Coral, a professional volunteer in the field.

Ricardo managed to in a very simple but direct way; effectively transmit his knowledge to the community. The workshop focused on developing a home budget by taking into account the incomes and expenses, encouraging the housewives to reduce the unnecessary outgoings and enhancing the saving culture for unforeseen situations.

Emma was more than delighted with the work that the CDC had done in Manabí, thought that she expressed in an interview at the end of the workshop, in which she remarked how admired she was that the community had taken that project as theirs and take real advantage of the aid and information given to them. At the end of the workshop Pastor Daniel Avila prayed for financial freedom and for each one of the members of the community that they could be wise and good administrators of what God has gave to them.

After this successful and privileged visit from Global Giving, Emma continues traveling  visiting other projects that’s as ours, share the same objective, make this world a better place for the future generations. Her presence was important to the community, he gave support to us allaying doubts and approaching in a personal way to the people, it was a gratifying experience for both interested parties.

Our compromise is to continue rising and empowering the community of Bahía de Caráquez until October 2017, when the project ends.

We left the past behind and we deal with the present with a focus on a constructive future. We overcome this catastrophe that marked the history of our country and we have now grown in stronger people leaving our differences aside, giving a hand to the ones who need it. 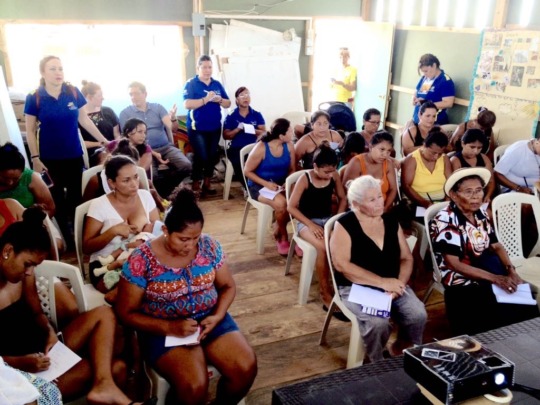 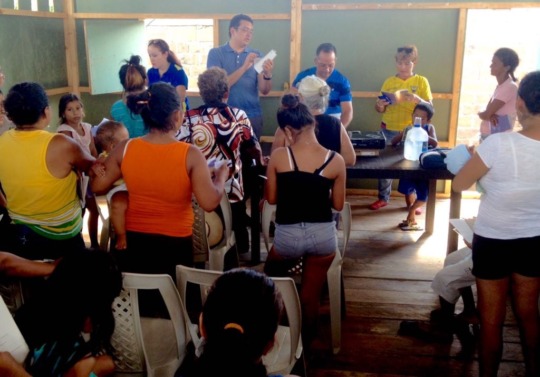 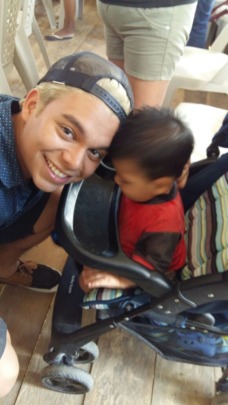 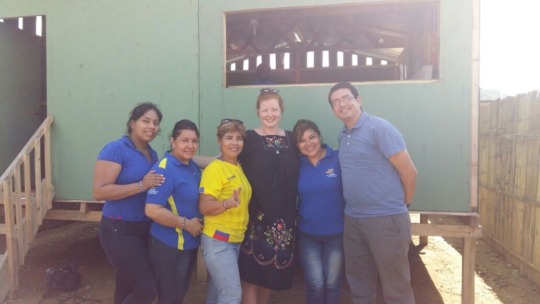 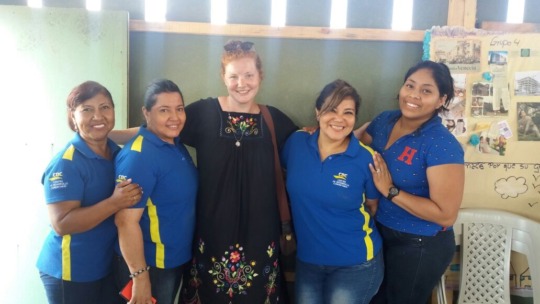 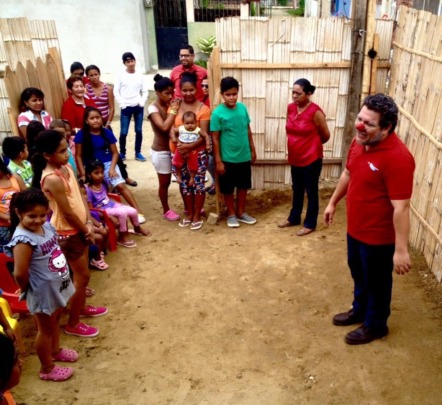 To put a smile on earthquake-affected children’s faces on this time of the year, the Community Development Center, Bahia de Caráquez, Province of Manabí, organizes a Christmas Celebration for what we called “Halley and the Source of Power”.

On December 17, twenty one volunteers moved to Bahia de Caráquez along with the team of the Scenic Arts Network, who carried a theatre play with a message of hope.

The youth leaders hosted some games and contests for the children, it was fun to participate and we will always remember the expression of bright smiles on their faces.

Christmas is a beautiful time, especially for children, all the families gather to celebrate the holidays with delicious meals and gifts. But for children whose families have no economic resources to provide this kind of “LUXURY”, Christmas can be a time of sadness instead of a time of joy.

“It is more blessed to give than to receive”…

about entrepreneurship at the CDC. We received the support from private entities and generous people who made it possible.

Additionally, we were able to share a snack with the children and pray together. In the return to Guayaquil we could also find in the road families that we could also deliver food. It was a fantastic time with them! 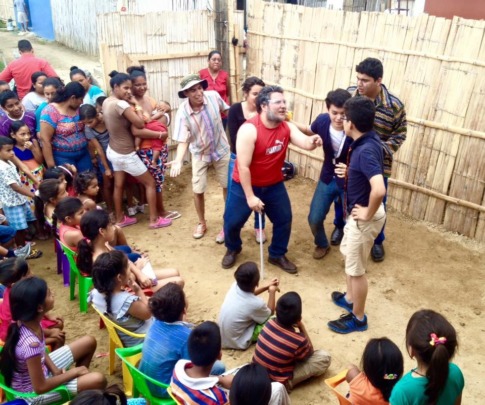 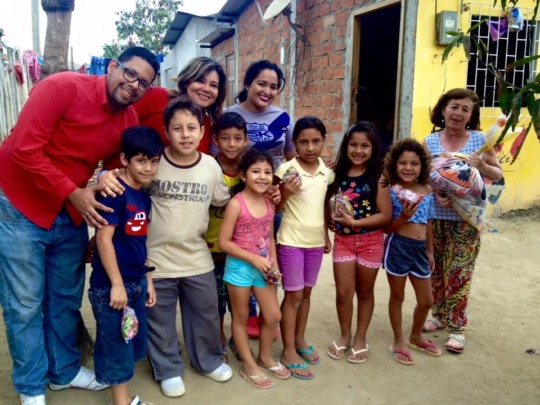 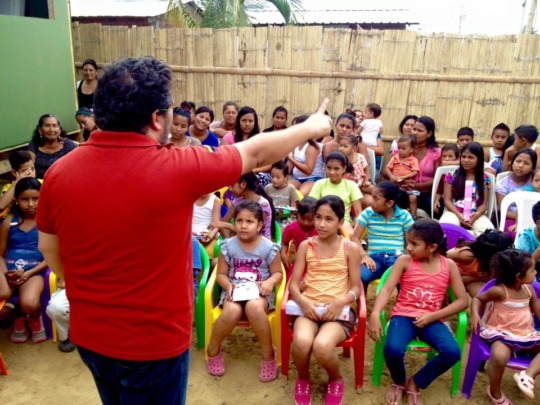 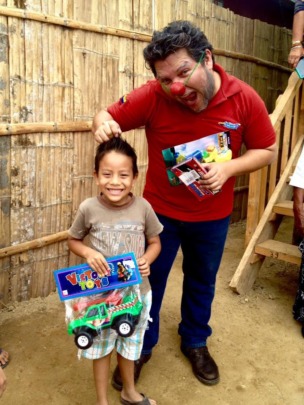 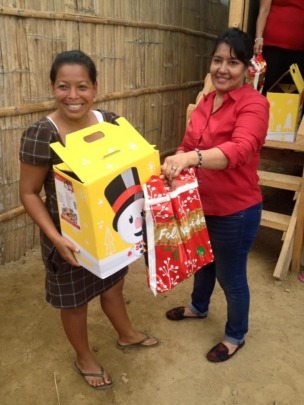