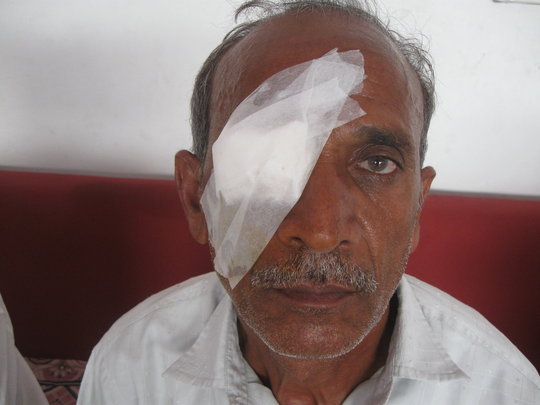 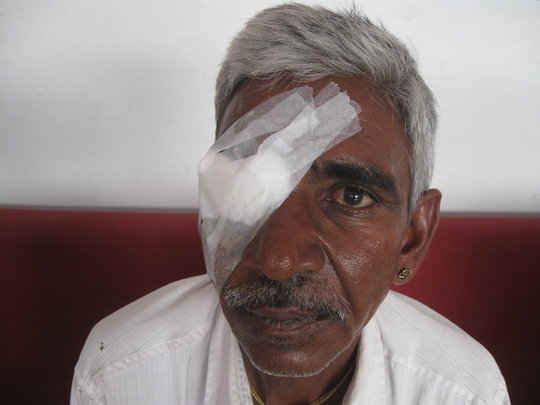 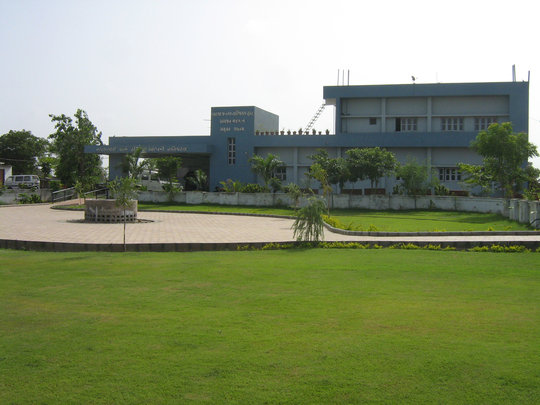 View of hospital with beautiful lawn in the front

S.N Name of the procedure Number of Surgeries

During the reporting period (1st of December 2011 to 29th of February 2012), 68 outreach programs had been organized in remote locations of Gujarat where 9487 patients were provided treatment at their doorstep and among them 1440 patients were identified as those having cataract and 968 had undergone surgeries at hospital.

During this period, the Maharashtra Seva Samiti Organization of located at  325 Sierra Morena CRT SW, Calagary, AB- T3H 2 X 8, Canada provided support for the purchase of a A-Scan and B-Scan Combined machine for the hostpial.

The HelpAge India and CAIRN India are supporting the hospital for conducting general health checkup camps at Surendranagar and Ahmedabad district of Gujarat.

2 MSW Students from Gujarat are pursuing their internship study at the hospital.

The hospital received Best Award for conducting highest and quality of surgery in the district of Ahmedabad.

Dhanrajbhai A. Baghela stays with his old parents in the village Narolgam. He is 19 years old and works in band party as a band master. During firework in a marriage he got his eyes damaged and develop traumatic cataract. Due to lack of financial problem, he was not doing anything about it. But after two months, he was not able to see at all and was finding problem for his bread and butter. He was very much worried about his condition and shared the same with the village Asha worker. They suggested and brought him to the hospital, where he is operated free of cost. He got back his vision again and got excited. He is back to his profession and he is once again an earning member.

He is very much thankful  to the donors for their kind support to enable him to get his vision back.

Hope for a new life

Jamilaben Ansari of Candla village of Ahmedabad is a factory laborer. She is working in a colour factory in the mixing department. But since last one year Jamilaben develop cataract in both of her eyes and was not able to see well. She is also advised by the factory to go for her vision correction or stop the job as she is working in the food colour mixing department. But she was not sure where to go about it. Once she came to know that an eye camp to be organized by the hospital. She was very happy to know that she is going to get her vision back. She had been diagnosed with cataract in the camp and underwent surgery for the same in the hospital. She got back very good vision and she is very happy and thankful for the support.

"I am heartily thankful to the donor for getting back my vision" says Jamilaben. 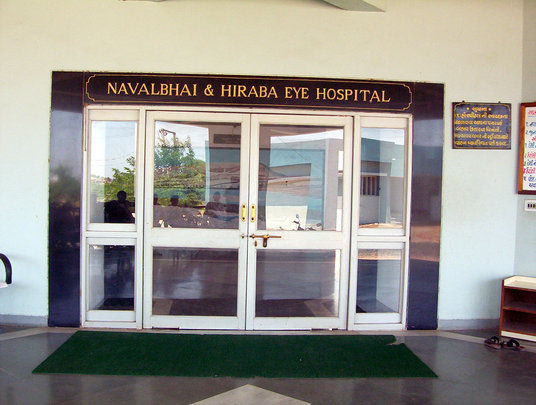 Entrance to the Hospital 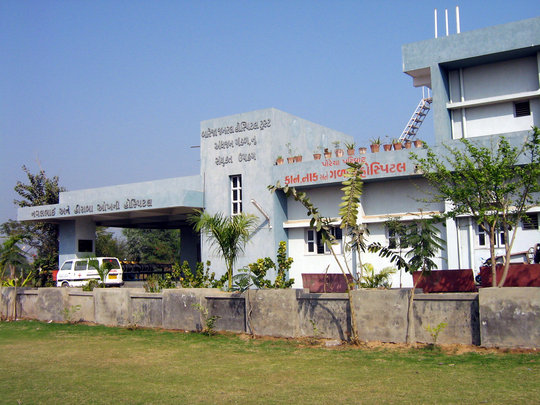 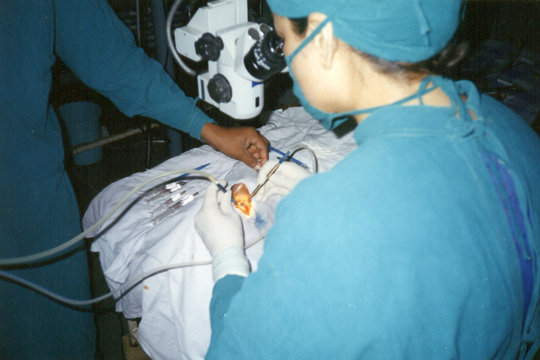 Surgery in Progress at Eye Hospital 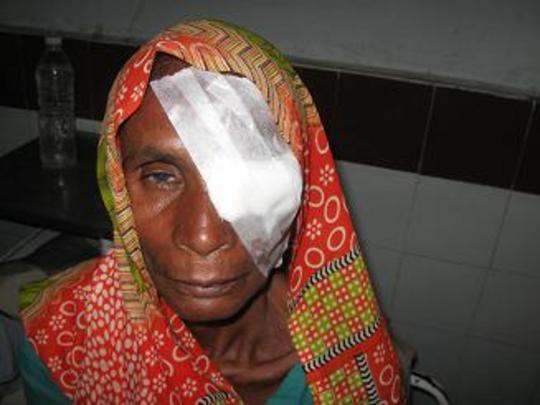 Thanks to donors of the Global Giving, the Navalbhai Hiraba Eye Hospital at Bareja in Gujarat and India could take up performing of free of cost eye surgeries at a massive scale. The Eye hospital could organize at least 2 field camps at least twice a week in the remote areas of Gujarat. Each and every non affording patient was provided transport facility to the eye hospital, pathological check up, eye surgery, two nights stay with meals, medicines, follow up and spectacles where required. The hospital made a universal announcement that all the poor patients were welcome to the eye hospital or to the field camps for eye check up, refraction, eye treatment and eye surgeries where required. The hospital has added a new bus to transport the patients from far off areas to the eye hospital. Special attention was paid to school children for their eye check and specially refraction, provision of glasses and advance check up.

During the course of field camps, the hospital realized that a number of persons require keratoplasty, the cornea transplant. The hospital has availed services of the leading Retina Foundation where such advance surgery is carried out completely free of cost. This is probably one few eye hospitals where such advance surgery which requires a donated cornea is performed completely free of cost. Even the post operative care is provided in the eye hospital at not cost to the donors.

For enhancing quality of eye surgeries, the hospital is using "Small Incision Cataract Surgery (SICS)" technique for the removal of cataract. It also provide phaco surgery in case of pediatric cataract surgeries. 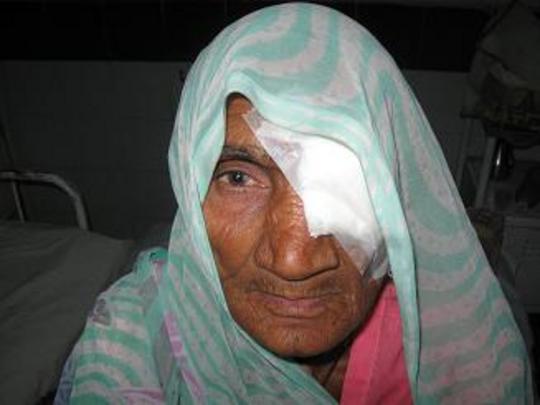 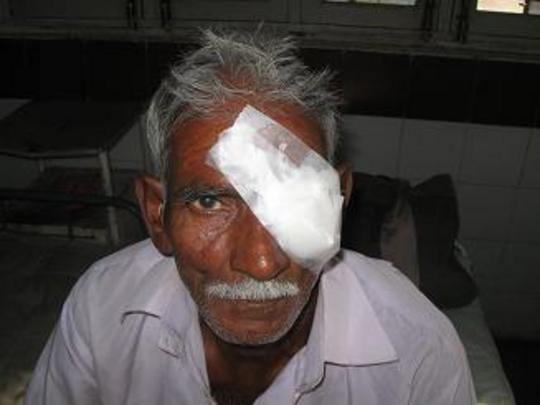 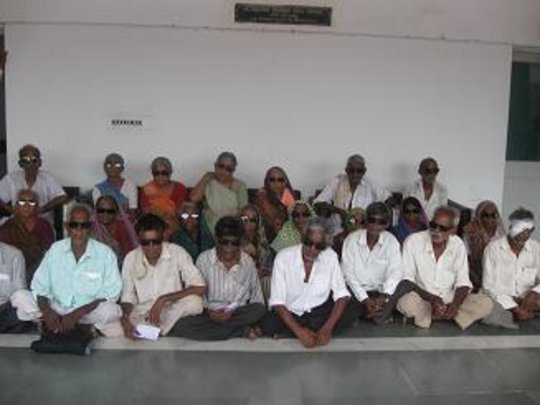 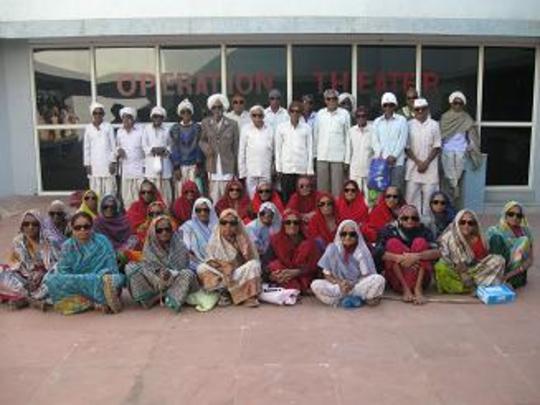 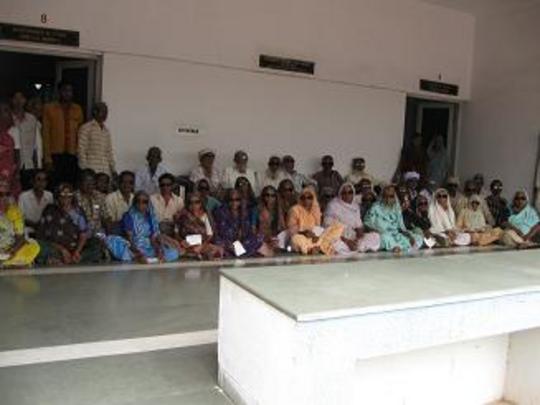 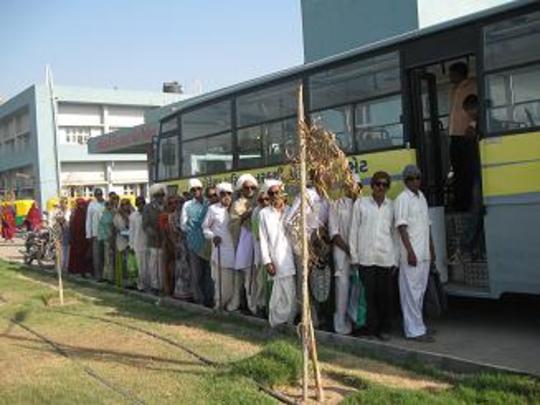 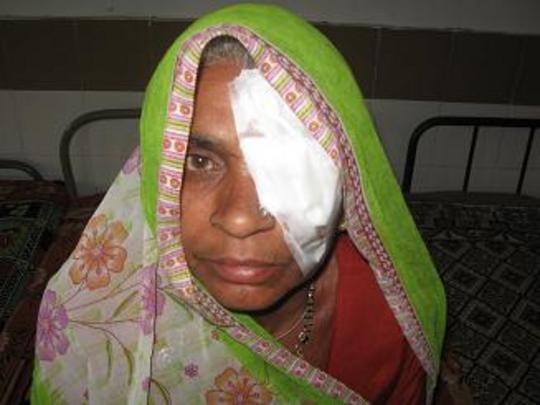 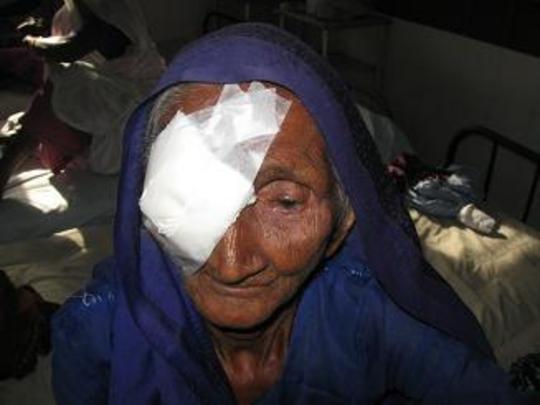 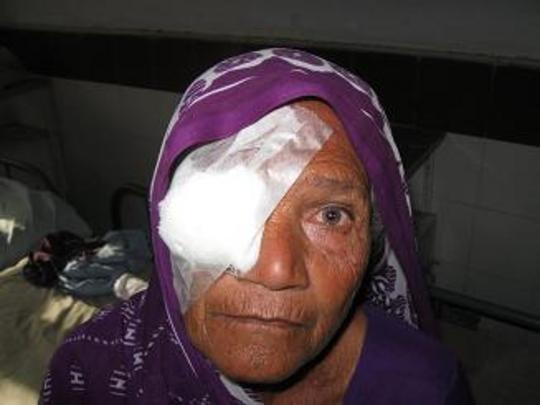 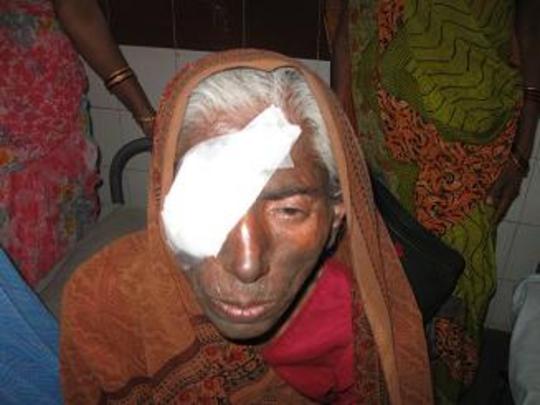 Attachments:
‹ 1 ... 13 14 15 16 17 18 19 20 21 ›
WARNING: Javascript is currently disabled or is not available in your browser. GlobalGiving makes extensive use of Javascript and will not function properly with Javascript disabled. Please enable Javascript and refresh this page.