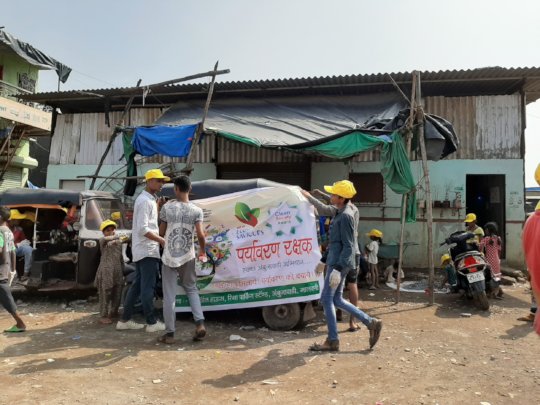 But sooner my regret of arriving late turned to excitement when I heard that we have to take frootis for the program still undergoing in the other part of Ambujwadi which is, for the most part, is 'undiscovered' to me. I went ahead with, one of the youth at Ambujwadi and my fieldwork supervisor carrying 2 boxes of frootis. We moved through the gallis and took a few turns and reached the point.

I saw two YUVA staff being circled by the youths as they were giving them instructions regarding the treatment of waste material and to wear gloves while disposing of waste in a bin. As by that time the waste got binned, it was time for refreshing frootis which the staff distributed them. I couldn't help myself but just witness silently, smile and take out my phone and capture them.

As we moved ahead there was a little ground which was littered less than the previous spaces as the team reached there more youths joined us and this time to my surprise kids belonging to the Bal Adhikar Sangarsh Sangatana (BASS) were there in more numbers. The staff again instructed them, and they wore plastic gloves, collected the litter here and there and disposed of in a small bin. And after the cleanup drive, everyone including the youth and kids proclaimed they will keep it clean time and time again. In the end, they were put in two small queues and were sent to wash their hands and small packets of water were provided to quench their thirst as it was hot and sunny outside.

I was amazed that on a day like Sunday when entertainment, Internet, games, social media are in the reach of their pocket they turned up for the campaign and they were in numbers counting more than 100.

I felt they are more sensitized towards the issue of unclean spaces and taking the initiative towards a cleaner, better community and be the change-makers and leaders of tomorrow. As there were few who could not receive the campaign cap of 'Eco Saviours' but were still present and zealously helping others in cleaning the litter.

While returning back from the community with staff and kids I purposely and inaudibly stepped back to capture them.

"The SAVIOURS of the day"

With what I have witnessed I could say Eco Saviours Campaign is a collective action to save the environment and includes the ecological child rights aspect.

Under this campaign, Children planned 3 parts: 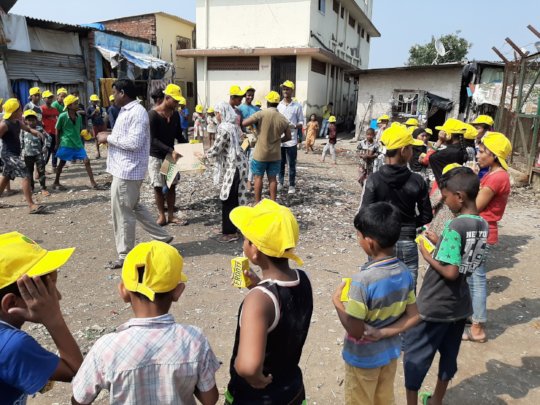 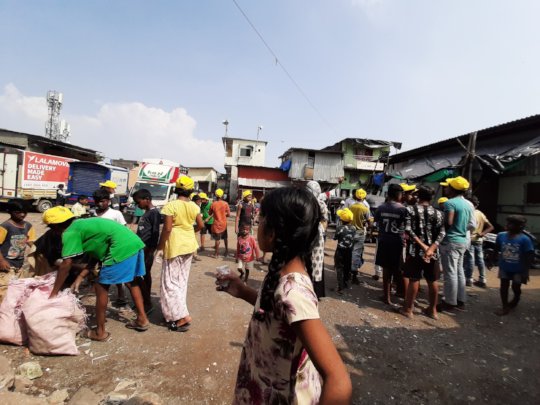 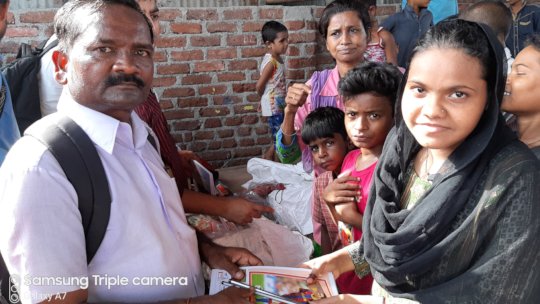 Due to the economic insecurities and financial hardships that people residing in communities in Mumbai face on a daily basis, they find it difficult to access their basic rights and services. One of the major challenges of the people has been to get proper educational facilities for their children.

To help fill the gap and facilitate their access to education, Youth for Unity and Voluntary Action (YUVA) conducted a distribution drive among the communities where notebooks, pencils, erasers, sharpeners and other stationery items were handed out to the children of the communities.

Given that the monsoon season was just around the corner, umbrellas were also distributed among the communities to help them gear up for it and be rain-ready.

The distribution drive received a positive response from the community as they received the required support and a helping hand to access the basic facilities, precisely, education. The community children were delighted at the support received from YUVA. 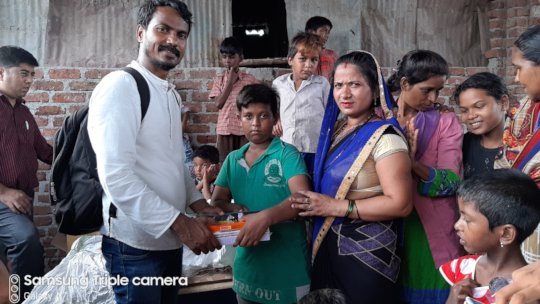 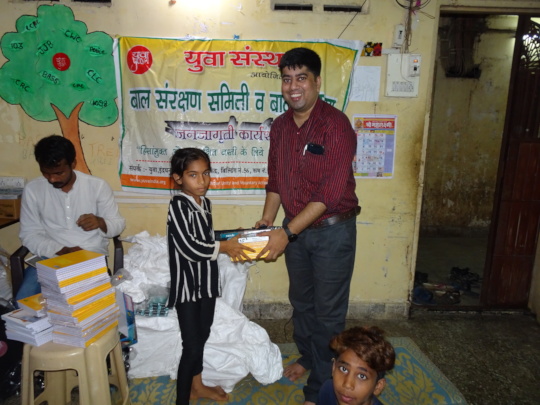 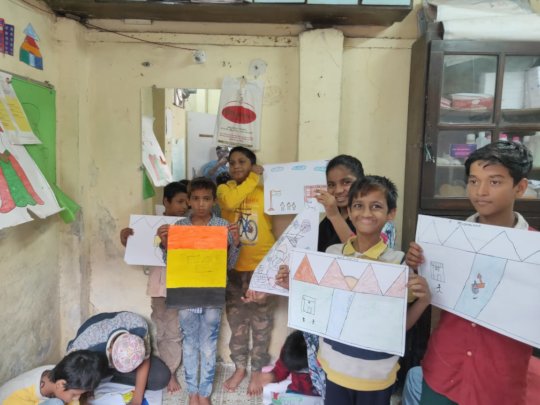 A total of 56 children, of all ages groups, took part in the drawing event. Children began arriving at 2.20pm itself, for the 3 pm event. The event went on till 6.20pm. Children were seated in both the new center as well as the BSFC center, due to space constraint. The children were supplied with all the required materials. Once children had completed their artwork, they were provided with snacks. Periodic announcements were made on the opening of the new center and the activities that would be conducted there, to both children and the parents who were present.  Details of all the participants were maintained in a register, kept at the center itself.

The event was a success. The parents were supportive of their children's interests and brought them to the center. The participants were enthusiastic and showed interest in visiting the center again. All were informed about the availability of the center for all children and that some activities would be conducted in this space in the ensr future. 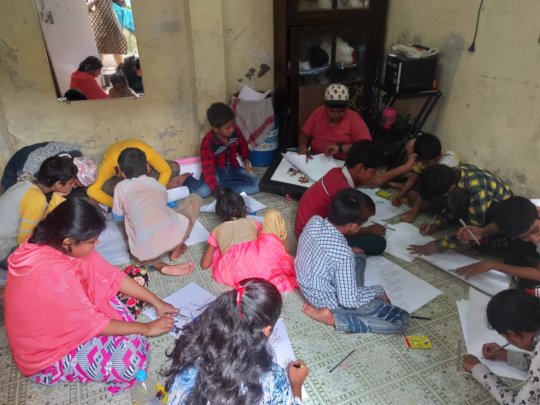 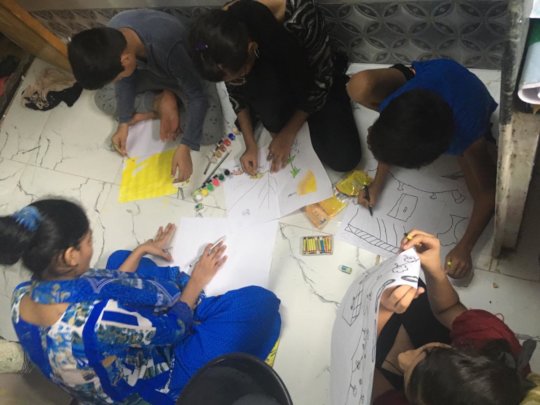 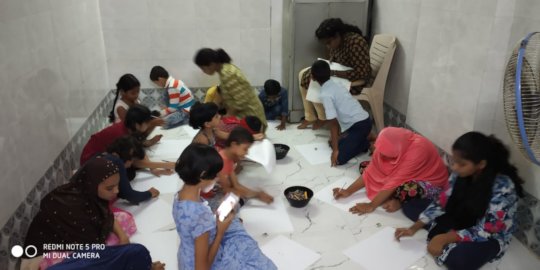