Elan Magazine writes about Not Guilty 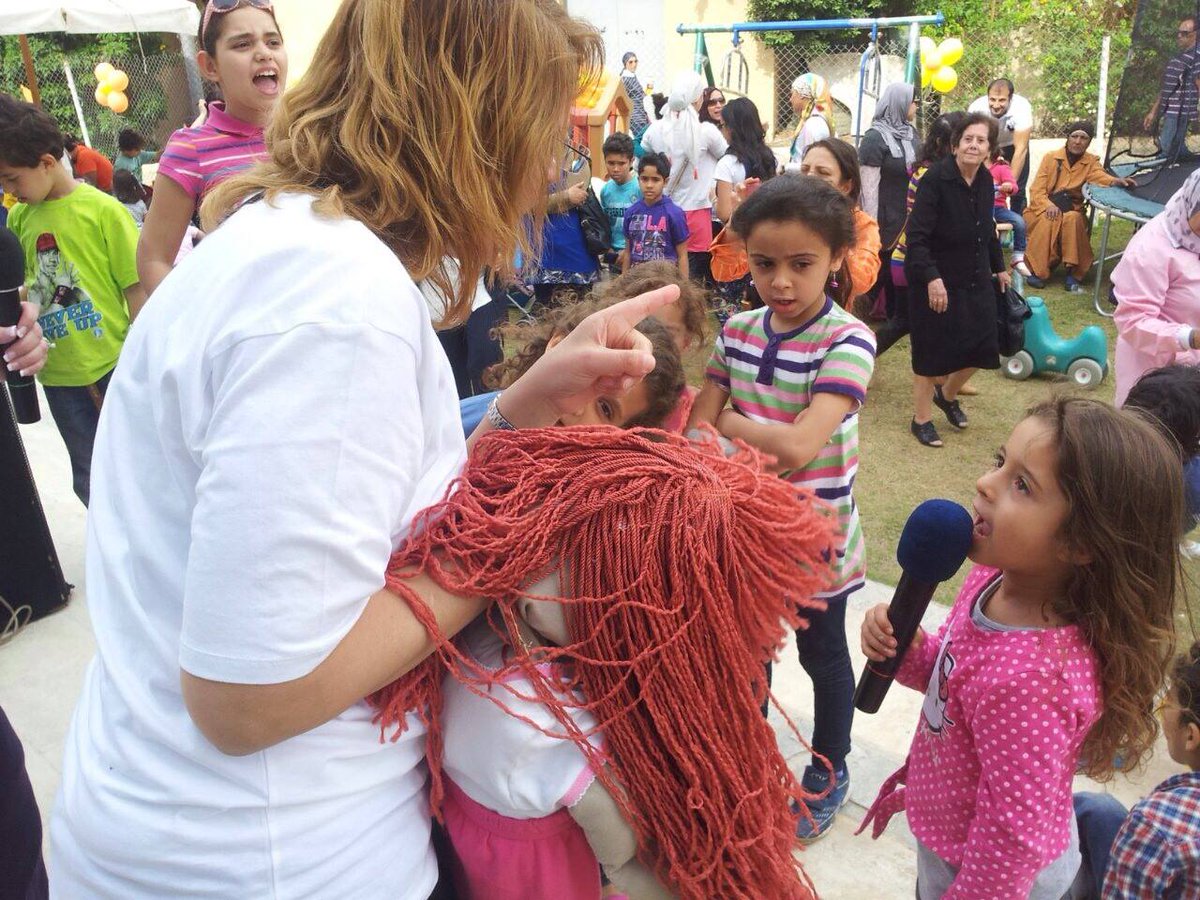 Sexual abuse is a topic that has long been silenced and shamed in many cultures and societies across the globe.

Almost 1 in 3 girls and 1 in 5 boys are sexually abused before the age of 18, leaving severe negative and long-term effects. Ashoka Fellow and agent of change Dr. Laila Risghalla knew this issue was not excluded from the Middle East, and decided to do something about it.

She founded Not Guilty for Family Development, an non-profit organization that that aims to raise awareness about sexual abuse of children by detecting the root of the problem and helping children cope with the consequences through the channels of media and education.

By targeting these mainstream channels, Dr. Risghalla is breaking the silence surrounding sexual abuse and is strategizing to make preventative measures as a priority before it’s too late.

She created the first structured initiative in her home country of Egypt by constructing and delineating organized information and other educational tools that target all sectors within the Egyptian society.

By leading the conversation, Dr. Risghalla is triggering change not only by raising awareness but creating dialogue about the cruel realities of the issue and its troubling impact on society. She also works to create and adapt crucial educational addendums by certifying and monitoring sexual abuse in public and private schools. By directly addressing victims, the general public and Egypt’s educational system, her aggressive and inclusive plan makes sure that all parties are included in this crucial conversation.

Through Not Guilty for Family Development, the organization has equipped 200 middle school Egyptian students and 60 teachers from six government schools with the first anti-sexual abuse curriculum to improve the quality of life in Egypt. She sits down with Elan to discuss more about the organization and its importance within Middle Eastern societies today.

Elan: What inspired you to launch Not Guilty for Family Development?

Dr. Laila Risghalla: For a long time, I have been always involved with working with people. I have been leading summer camps since I was 20 years old and currently run a youth TV show called We Will Live our Lives Well since April 2007. The show tackles a number of different youth problems such as dating, the consequences of sex before marriage, the issues of porn and many other things. Getting in touch with these youth made me realized that one of the reasons many of them are having these issues is because they were sexually abused when they were young.

However, in spite of being a pediatrician with a PhD in childhood studies, I knew nothing about sexual abuse and felt unequipped to tackle this problem. I went on to receive more formal education on the topic and soon founded Not Guilty for Family Development with the hope to abolish sexual abuse of children in Egypt and raise a generation that refuses abuse and will not become abusers.

Elan: Why is it such a crucial issue to discuss now?

LA: A harasser is not born a harasser but society, and how it is formed tells him or her that it is okay. Gender-based violence against women and girls in urban space has frequently been on the front of public over the last years and is frequently depicted as an alarming trend.

Cultural and social norms are highly influential in shaping an individual behavior’s, including the use of violence. Norms can protect against violence, but they can also support and encourage the use of it. This is why it is adamant to nip this problem in the bud by tackling the two areas “remedial and prevention” and form an overall protection strategy of ‘prevention through education.’

Elan: Through the NGO, you aim to break the silence of sexual abuse through awareness, education and information. Why do you think that is the most effective strategy to tackle such a deep-set problem in society?

LA: Changing behavior takes time. Raising awareness is fine, but on its own it will not change the abuser’s behavior. Behavioral change isn’t something that a person just suddenly chooses to adopt. You have to slowly form a new habit by ‘overwriting’ the new habit over the ingrained, existing habit. This takes time and repetition.

Elan: You mentioned previously that as a doctor, you felt the need to work and tackle health problems on a deeper level than just “bandaging wounds.” When did you start to feel that way?

LA: I started to feel this way at a very early age because of the influence of my mother. She has been a very positive influence on my life who taught me to be compassionate, giving and considerate. I have also noted with my work that people who are hurt tend to hurt those around them. So when I meet an angry person, I tend to dig deeper to reach the root of the pain and understand why that person is acting aggressively. When the patient realizes that you are not just banging wounds, they usually open up about things they have never told anyone before.

Elan: What changes would you like to see in the next 5 or 10 years?

LA: I would like to see more schools take part of this initiative and the curricula we made by continuing to work with the government. For example, in Egypt this year alone we are piloting 16 government schools to implement our ideas. I would like to see the current laws enforced onto the perpetrators and build our society to respect the victims and stop victimizing the abuser. I would also love to see this being implemented on a larger scale across the Middle East and throughout the Arab world.

To learn more about Not Guilty for Family Development or donate, visit their official website www.gheirmozneb.tv

Your training benefits me and my future.

"Your training is unique. Unlike other classes we take, I felt that I have gained something that will benefit me and my future. I did not realize I had the right to say NO to abuse. I discovered that I am special and that I can and must have boundaries. Thank you".

Those were the words of Fatma from Hoda Shaarawy School in Sahel, Shobra, Egypt.

She is one of thirty girls we trained. We will be going back to the same school next week.

Now with schools almost over for the summer holidays, we are in the process of preparing and negotiating with heads of  districts in the ministry of education to enter six schools next September.

In the mean time, we are training youth in summer camps, churches and summer clubs to raise up a generation that says NO to sexual abuse, and hates sexual abuse.

Together we can abolish sexual abuse,

‹ 1 ... 11 12 13 14 15 16 17 18 19
WARNING: Javascript is currently disabled or is not available in your browser. GlobalGiving makes extensive use of Javascript and will not function properly with Javascript disabled. Please enable Javascript and refresh this page.