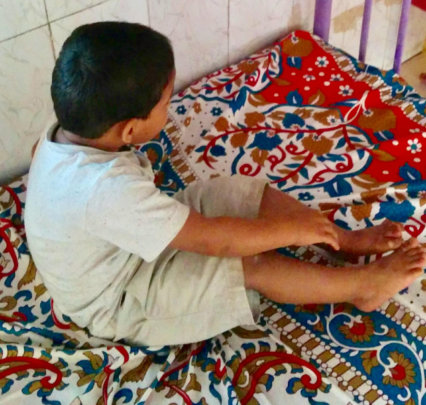 Life is nothing but a series of ups and downs that bring us to our final destination, the place where we truly belong. Varun’s story starts like this. He was born in a remote village in Maharashtra, and almost immediately, was abandoned. Luckily enough, a local adoption agency found him. Luckier still, was that the agency found a couple who wanted to adopt Varun.

The potential parents resided in another country. When they flew to India to adopt, they immediately fell in love with baby Varun. At just over a year of age, he was a handsome and healthy baby boy. The couple finalized adoption details and flew back to their own country.

Here’s what a lot of people don’t realize – adoption is a long long process and things can change in the meantime. However, this in-between time is important in order to safeguard the rights of the child getting adopted. In this case, it took about 6-8 months after that initial meeting for the court to approve the adoption. The couple kept in touch with Varun via emails and phone calls, but could not actually spend time with the baby. The court order finally brought them to India for a second time, with the hopes of taking their baby boy back home with them.

The couple was heartbroken when they realized that their son, now at 2.5 years of age, had a physical disability. The child could not walk independently. The almost parents realized that they did not have the necessary resources to provide Varun with the best care possible and hence, had to make the tough call of backing out from the adoption.

The court accepted their decision, but keeping the best interest of the child in mind, decided that he should be transferred to a good NGO in Mumbai for better medical treatment and care. The search for Varun’s new home ended with various authorities asking Bal Asha Trust to accept the child into its home. Sunil Arora, the director at Bal Asha, did not hesitate for a moment before opening his doors for the baby.

Through the ups and downs in his early life, Varun found his way to the Bal Asha family. He has now settled into his new home. His heartwarming smile and bubbly personality have won everyone over. He is the patient of one of the best pediatric neurologists in India, based on whose advice, the baby is going through a series of medical tests and assessments. Additionally, he has been attending physiotherapy sessions to help him manage his disability at Bal Asha Child Development Centre.

For now, Varun is a living at the Bal Asha Trust home. Tomorrow, he might find his forever-family after all. However, currently, it is our responsibility to provide him with the care he deserves.

Please help us to reach out to children like Varun, please make a donation. 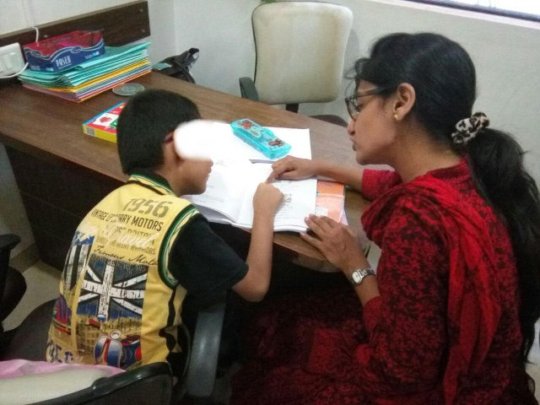 We are extremely grateful to your support to the Bal Asha Child Development Centre.  The centre has shown exceptional outreach by reaching to children with disabilities in and around Mumbai.  A total of 736 therapies were given to children from September to November 2016.

Parents who are bringing in children are not only from Mumbai, but from far villages, due to lack of funds and facilities.    One such father is George.

George lives in Mumbai.  He works as a domestic help for a family.  He had come to Mumbai with a dream to make it big, nothing much changed for him.  He was married and has a beautiful daughter Aloma.  Aloma lived in a village with her mother in Bihar one corner of India and far from Mumbai.  Aloma had developmental delays.  She could not walk.  The fact that hurt George most was that he could not help his daughter.  He had no home, no funds and did not even know what to help his daughter.

But he kept on talking to people he would meet about his daughter and enquiring what could help her.  He soon came to know about the Bal Asha Child Development Centre.  He met the social worker and shared about the developmental concerns he had for his daughter.  The social worker at the centre are professionally qualified to support parents.  She assured George that the centre will help his daughter, but for that she must come to Mumbai.  The treatment will be free and hence he did not worry about the funds.

George saw a ray of hope for his family.  He spoke to a friend’s family who were kind to allow his wife and child to stay with them while he continued to stay at the place he worked.

Aloma came to Mumbai.  The social worker provided the family with complete support in arranging assessments and therapies from the team at the centre.  After months of hard work of the centre team, Aloma showed improvement.  Even a small achievement in her development thrilled George and his wife.

During the treatment Aloma crossed a bigger hurdle to go through an orthopaedic surgery to help her reach her true potential.  Bal Asha arranged financial support from local donors so the family was not burdened financially.

Aloma has now started walking and is improving through a home programme given to the family.  Aloma had to return to her village, but before going they visited the centre and expressed their gratitude to the project team and supporters of the project.

Thanks to your support Bal Asha Child Development Centre could provide Aloma and many other children support.

The centre between September 2016 to November 2016 gave below number of therapies to children with disability.

The total visits which happened during the three months is: 736

Your support is crucial for the centre to keep providing children with developmental therapies for a better future to the children and hope to their families. 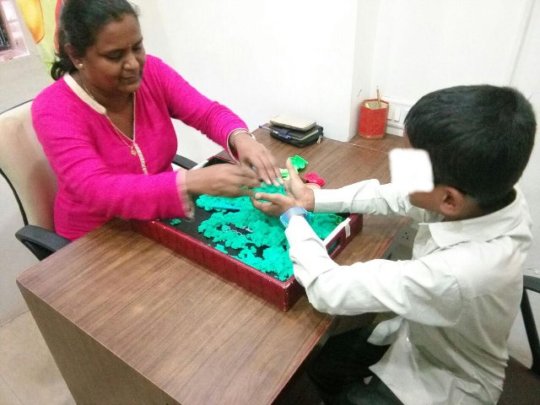 Against All Odds - Update on Shreya 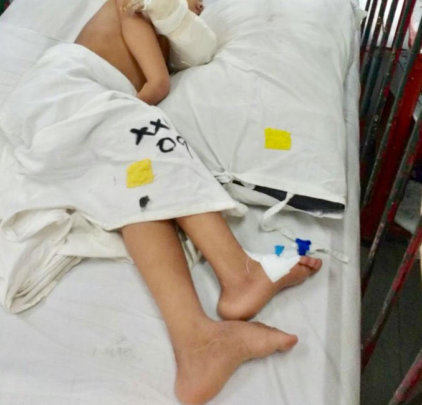 Against All Odds - Shreya

Whether you believe that storks bring children into this world from the heavens or that surgeons are their gateways into this world, you have to agree on one thing – children are delicate. They deserve tender love and care. But this story is about a little girl fighting against all odds in her life.

Meet Shreya. She was found abandoned at birth by the local police and brought to a child care institution in Maharashtra. As if this was not enough of a tragedy, Shreya was born with the congenital deformity of hands and legs. In other words, her hands were shorter than what should be, her paws twisted inwards and her fingers mostly unmovable. Her legs, which mostly consisted of her feet, were curved, making her unable to walk.

Despite all these physical deformities, Shreya was a survivor. She was 3 years old when she came to Bal Asha, looking for a loving home and a better life. Once here, she was seen by some of the best orthopedic surgeons in town. Her surgeries were planned meticulously, since she would require many in the future. The first of the series was an 8 hour surgery on her legs.

You would think that this would break down her little mind and body. It didn’t. She came out stronger than ever. Even though she was covered in bandages, she was all smiles and eager to be the center of attraction. She even told the hospital staff that their food was better compared to the rest of the hospitals that she had been in.

Shreya was adored by everyone: hospital authorities, fellow patients and Bal Asha staff. Shreya loved being part of Bal Asha and often spoke to the hospital staff about her experiences at the center. In fact, the level of care that the Bal Asha staff provided to the young girl was such that nurses and doctors would be shocked to learn that Shreya’s caretaker was not her birth mother.

She was a naturally happy child who loved attention. Never mind the fact that she underwent life-threatening surgeries. Never mind the fact that she couldn’t eat with her own hands. She still didn’t give up. To this day, she tries hard to eat all by herself, refusing help. She tries to put a pencil between her toes so that she can scribble on paper. She loves to sing and dance. However, at the end of the day, she is still a child who throws the occasional tantrum when things don’t go her way. She had tears in her eyes when she realized that she was having difficulty placing four fingers on the Adhar card machine due to her disability. She is like any other child, just with extra bouts of courage and confidence, and now, with an Adhar card.

Shreya will always be a winner and at Bal Asha, we want to celebrate that. She still needs the loving care and protection that only a family can provide and so, we are still searching for a permanent home for her. Irrespective of when she finds her feet, literally and figuratively, Bal Asha will always be with her.

Be with us for Shreya and other children like her.  Make a donation this festive season towards Medical Aid. Every little support counts.