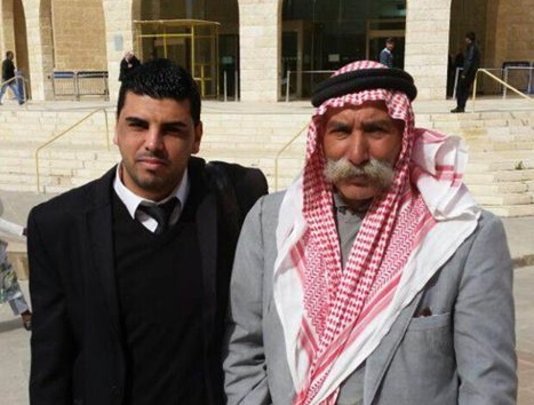 Adalah works through legal representation to defend and advance the rights of Arab Bedouin citizens in the Naqab in the face of efforts by the state of Israel to displace them from their lands and villages. Below are two examples of our cases from the first quarter of 2015.

Adalah Attorney Aram Mahameed: "The goal behind the indictments is to criminalize Arab Bedouin villagers for their attempts to save their homes."

On 24 February 2015, during a hearing in the Be'er Sheva Magistrates' Court, the state prosecution announced the withdrawal of criminal indictments against Sheikh S. A-T, leader of the unrecognized Arab Bedouin village of Al-Araqib in the Naqab. The prosecutors had charged the Sheikh with "forcibly taking control" of the village's land and "failing to obey orders to leave the land" after he refused to comply with eviction orders issued against him. The decision to withdraw the indictments was an indication, as Adalah argued before the court, that the state’s charges against Sheikh S. were legally baseless. The case is the last of a group of 14 criminal indictments filed against villagers and activists in Al-Araqib, who were arrested and injured during protests against home demolitions in the village in 2010 and 2011. In all of these cases, either the activists received very light sentences, or the state withdrew the charges, or the court cancelled the indictments.

Adalah’s Khalil Alamour and Amjad Iraqi: “The Bedouin should not have to count how many cars are needed to demand recognition and equality at the ballot box.”

On 22 January 2015, Adalah sent a letter to Israel’s Central Elections Committee requesting that public transportation routes be provide for Bedouin residents of the Naqab in order to allow them to vote in the Israeli general election on 17 March 2015. The letter argued that the lack of public transportation impedes the residents' right to vote and directly influences voter levels in these villages. This is particularly damaging for residents of villages facing imminent home demolition or eviction, for whom the election results could make a major the difference. However, in March, shortly before the election, the Committee refused Adalah's request, stating that it “requires a large built system, and also requires resources and preparations that the elections committee cannot commit to," Despite this decision, Adalah highlighted the obstacles to Bedouin voters’ rights for future efforts, and also raised awareness in the media about the issue.

This legal work is made possible through your contributions via Global Giving – thank you! As we continue our work, we hope that you will help us reach our goal of raising $20,000 so that Adalah can continue to support the Bedouin community with high-quality legal representation, in-depth study tours for influential stakeholders, and practical human rights workshops for Bedouin activists. Together we can struggle to halt the ongoing forced displacement and dispossession, and work to ensure that the Bedouin can remain in their homes and on their lands with dignity.

Please join us and stand for Adalah, stand for Justice! 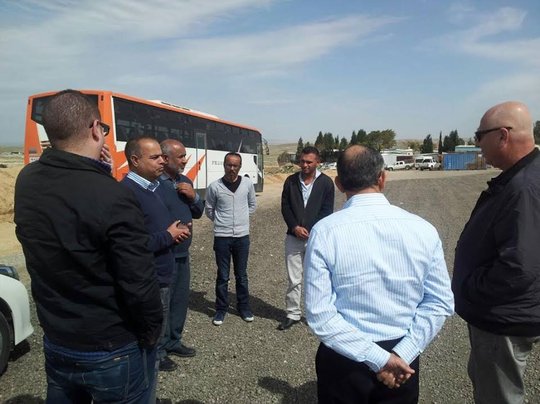 Through legal empowerment, Bedouins defend their right to live on their land

Between October and December 2014, Adalah initiated various legal actions on behalf of Arab Bedouin citizens in the Naqab to defend their right to live on their ancestral land. The State of Israel is attempting to forcefully evict the Bedouins and confiscate their lands in order to build Israeli Jewish-only communities and military complexes. Adalah’s lawyers represent Bedouin citizens before Israeli courts and state authorities to cancel demolition orders against their homes, and to acquire basic services such as schools, roads, clinics and others in order to establish infrastructure that keep the lands in Bedouin hands while asserting their fundamental right to these services as citizens of the state. Below are three examples of our recent cases:

Saving Atir/Umm el-Hieran: For over a decade, Adalah has represented the residents of the twin villages of Atir and Umm el-Hieran against the state’s plans to expand a forest and build a Jewish town on their lands. From October to December 2014, Adalah submitted motions to the Supreme Court and the lower courts, as well as letters to the state, to deter the implementation of demolition and evictions orders. Currently, the home demolition orders have been frozen until mid-March 2015.

Safe roads to schools: In December 2014, Adalah sent a legal letter to the Israeli Ministries of Transportation and Education and the Al-Kassoum Regional Council, demanding the opening of safe roads to schools in the unrecognized Bedouin villages of Al Amal and Tal-Arad. Without paved roads, the paths to the schools are treacherous in the winter, as they become flooded and the students and teachers are unable to reach them.

Establishing a health clinic: In December 2014, Adalah sent a legal letter to the Israeli Deputy Minister of Health and to the Clalit Health Services, demanding the establishment of a health clinic for the Bedouin residents of the villages of Kahla (Kohleh) and Makhool (total population almost 2,000). Under current circumstances, village residents have to travel to the town of Kessife, 9 km away, to receive medical treatment.

This legal work is made possible through your contributions via Global Giving – thank you! As we continue our work in 2015, we hope that you will help us reach our goal of raising $20,000 so that Adalah can continue to support the Bedouin community with high-quality legal representation, in-depth study tours for influential stakeholders, and practical human rights workshops for Bedouin activists. Together we improve the services provided and halt the ongoing forced displacement, and ensure that the Bedouin can remain in their homes and on their lands with dignity. 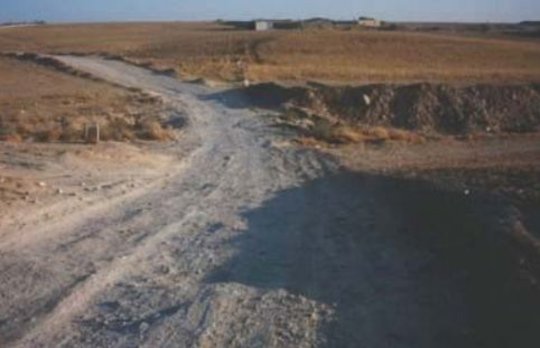 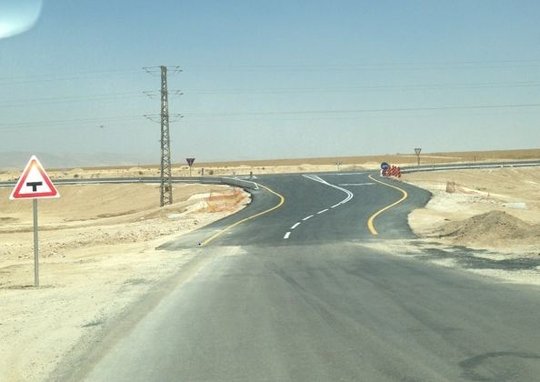 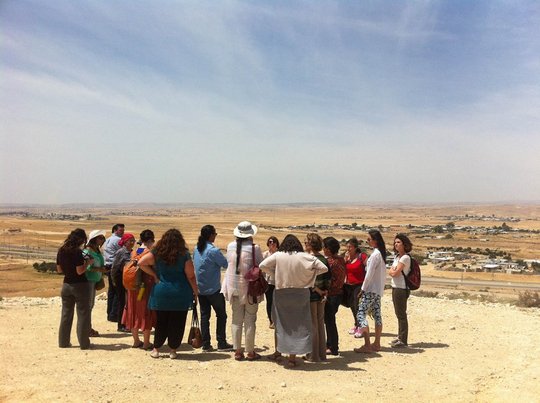 "In Alsira, the citizens must fend for themselves without the same services as most citizens in Israel. The ingenuity that the residents of Alsira have shown in providing these services for themselves and their community is impressive and commendable. It is frusturating that, as citizens, they do not receive equal access and rights to government resources." - Participant in Law Students’ Tour

Between May and July 2014, Adalah, along with NGO partner the Negev Coexistence Forum for Civil Equality (NCF), organized several tours for diplomats, journalists and students to Arab Bedouin villages in the Naqab (Negev). The tours sought to raise awareness about the challenges facing the Bedouin community, particularly those living under heightened threat of displacement due to discriminatory Israeli government plans.  Through the study tours and field visits, Adalah works to educate and achieve effective engagement at all levels of influence, whether with community members, opinion-shapers or decision-makers.

Latin American Diplomats: In May 2014, Adalah and NCF hosted a delegation of 10 diplomatic representatives from Latin American embassies in Israel on a tour of the Naqab.  The delegation took place in advance of a regional Latin American meeting with the Israeli government, and the group was able to raise concerns about the human rights challenges facing the indigenous Bedouin community. The group visited the construction site of “Intelligence City” a military complex that is located in an area populated by over 9,000 Beoduin citizzens of Israel living in several unrecognized villages.  The delegation also visited the recently-recognized Bedouin villages, such as Umm-Batin and Abu Tlul, which continue to be denied access to basic infrastructure and regularly experience the demolition of new buildings. The diplomats also witnessed first-hand the problems of forced urbanization on the Arab Bedouin community in the government-planned township of Hura, one of seven such townships that suffer from poverty, overcrowding and lack of services. The participants expressed enthusiasm for the visit and commented that such tours were important in raising awareness of the issues facing the Bedouin community.

International Law Students:In June 2014, Adalah and NCF also hosted a delegation of law students from Australia, Canada and the USA to the Naqab, as part of the Palestine Works and Al Haq Fellows Conference. About 20 law students attended the tour, where they learned the history of the Bedouin community and were able to contextualize the current legal and human rights reality in the Naqab. The students were able to meet with representatives and residents of unrecognized villages as well as recently-recognized villages and government-planned Bedouin townships.  The comprehensive tour for young human rights practitioners highlighted the entrenched system of discrimination that excludes the Bedouin community and denies them their basic human rights and civil rights as citizens of Israel.

These tours are made possible through your contributions via Global Giving – thank you! As we continue our work in 2014, we hope that you will help us reach our goal of raising $20,000 so that Adalah can offer more in-depth study tours to key stakeholders, provide practical human rights workshops to Bedouin citizens, and support the community through legal representation. Together we can halt the ongoing forced displacement of the Bedouin community, and ensure that they remain in their homes and on their ancestral land with dignity. 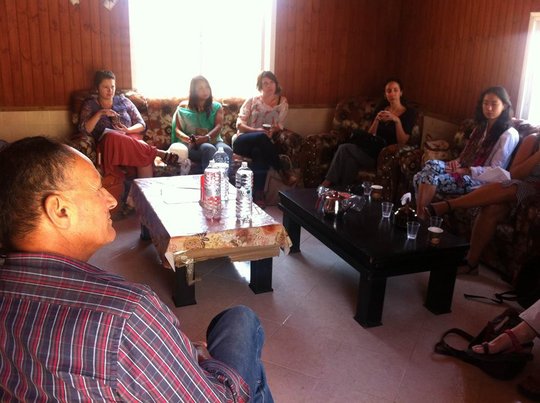 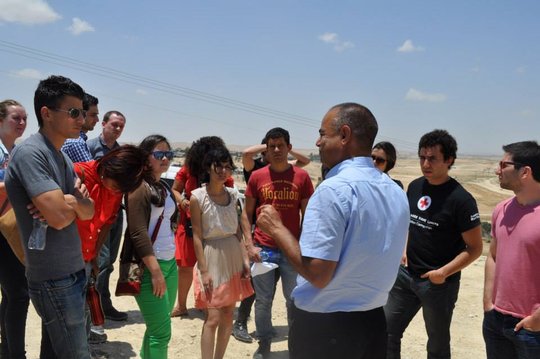 Law students learn about Naqab land discrimination
‹ 1 ... 12 13 14 15 16 17 18 19 20 ›
WARNING: Javascript is currently disabled or is not available in your browser. GlobalGiving makes extensive use of Javascript and will not function properly with Javascript disabled. Please enable Javascript and refresh this page.