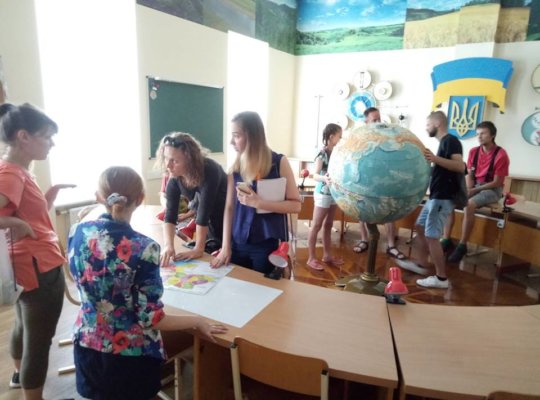 We are grateful to you for having been with us for several years and supporting our project.

Your support allowed us to work in the reporting period under the motto: "We print dreams!".

Our team invited blind children and their moms to dream about what books they would like to read Braille printed and what board games they are interested in. It was a bold decision on our part. But we cope.

This summer, on the basis of our center, an International Youth Camp was held in partnership with the "Ukraine-World" public organization. 12 participants from Germany, Poland, Czech Republic, Turkey, Ukraine gathered in Kharkov to get acquainted with adaptation technologies for blind children and our experience. For 10 days they listened to lectures, sewn tactile books, played with blind children in adapted games.

Over the summer, we adapted and presented to blind children more than 100 books and 50 adapted games.

In July 2018, we held the All-Ukrainian Seminar "Start in Inclusion" for families who bring up blind children. 30 families from different cities of Ukraine came to Kharkov to get acquainted with the methods of education of blind children and teach them to play board games with their visionary peers. For this purpose, we have prepared for the parents and specialists a methodical manual "Games and toys for the blind child". At the seminar for 5 days, parents, along with the kids, tried to adapt the games themselves and immediately played them.

The very responsible direction of our project is the preparation of textbooks for children who are on an inclusive form of education. During the reporting period, we adapted the textbooks for the third grade. The most difficult for us to adapt teaching aids in foreign languages, for blind children who study in general education schools. The authors use a lot of drawings. It is interesting and understandable for children who see and are very difficult to perceive blind children.

Now we have begun work on adaptation using the standards of universal design of the book "Starry Tales". The authors of fairy tales, famous Ukrainians, presented their starry craftsmanship to small readers who turned out to be one on one with serious illnesses. but

The book is not at all sad, because the authors sought to convey the little one

and adult readers all the brightest, unusual, magical. 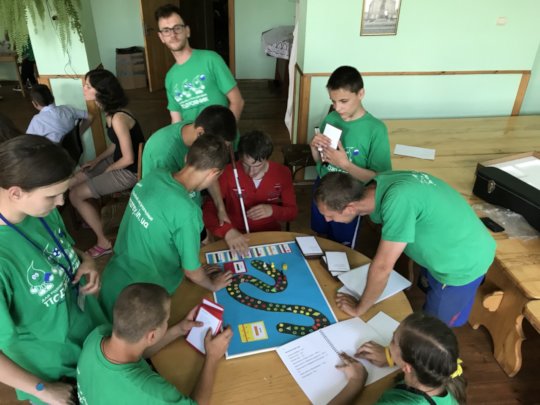 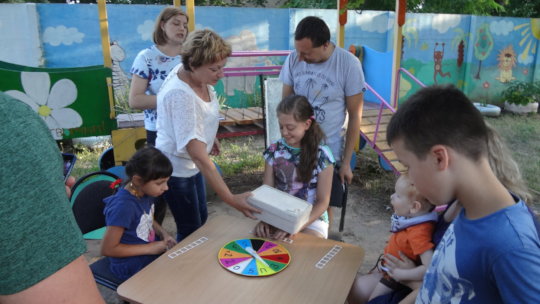 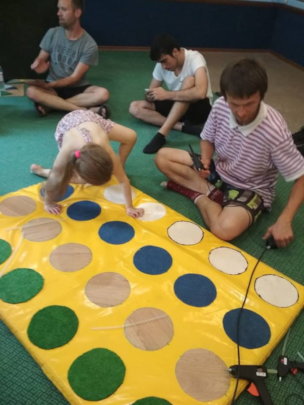 Our books are traveling 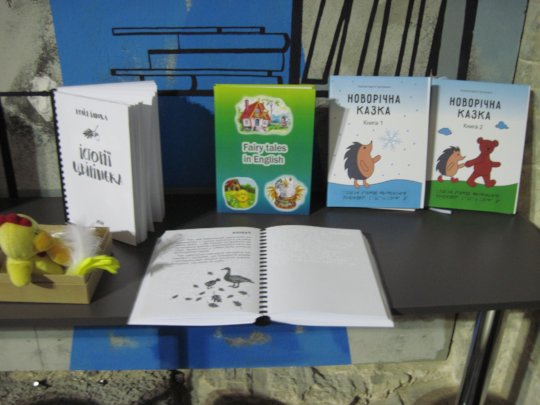 Dear friends!
We thank you for your support and we want to tell you about the most important moments of our project in the last 3 months.
The reporting period was devoted to the preparation for the VIII International Book Arsenal. This is an important intellectual event of the country, uniting literature and art. More than 150 publishers and projects present their best novelties, and designers, illustrators, artists - exhibition projects. The exhibition is attended by about 200 Ukrainian writers and 75 guests from 30 countries of the world.
At Book Arsenal, we presented a series of books "Special books for special" for children. These are the books of Yulia Ilyukha "Stories of Zvirynka" by Elena Sarzhenko "Adventures of Shershavka" and Katerina Babkina "Pumpkin Year". Books are issued taking into account the standards of universal design, in addition, have an audio record of the text of the book. Little children are delighted with books! Because they have relief drawings and surprises.
For adult readers, we have prepared a collection "The Eyes of the Blind" published in Ukrainian and Russian. The collection tells about the life of an unusual blind man - Vasily Eroshenko., A writer, translator, educator, traveler.
We also shared with our guests the "Book Arsenal" our achievements in the adaptation of board games for blind children. We introduced the game "Vazhnitsa". "Vazhnitsa" is a game that unites the generation, develops intellectually and spiritually, and also inspires further study of the native language, literature, history, and culture.

The first copy of the adapted game we presented for the summer camps for the blind children in the Carpathians. 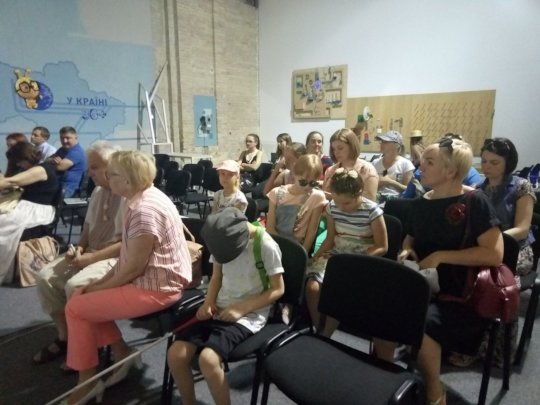 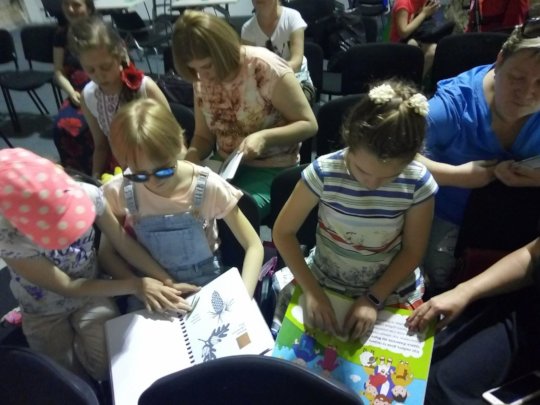 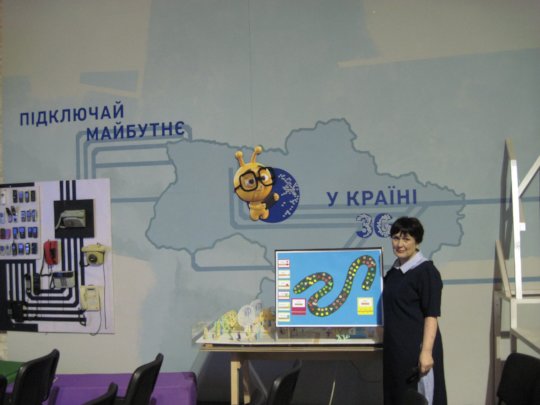 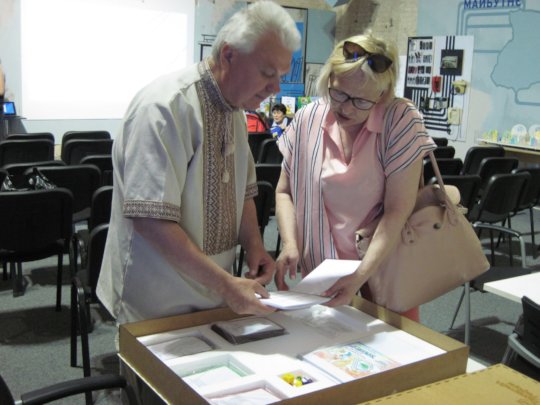 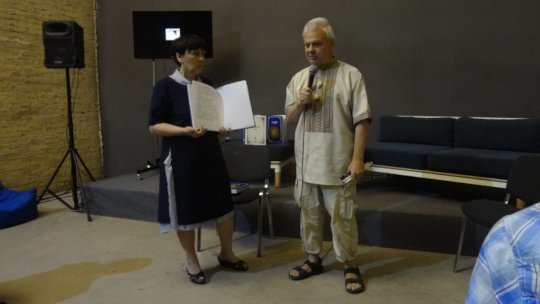 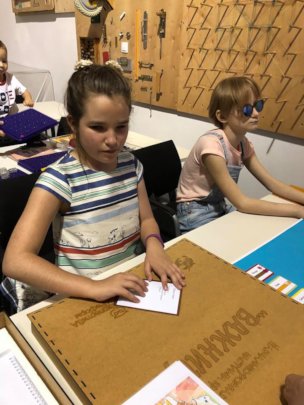 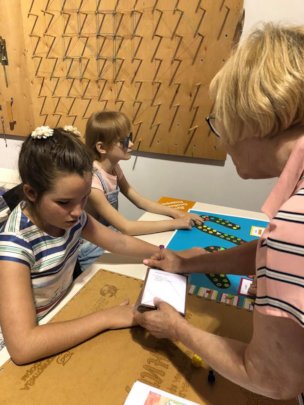 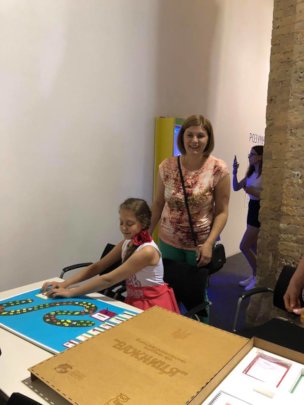 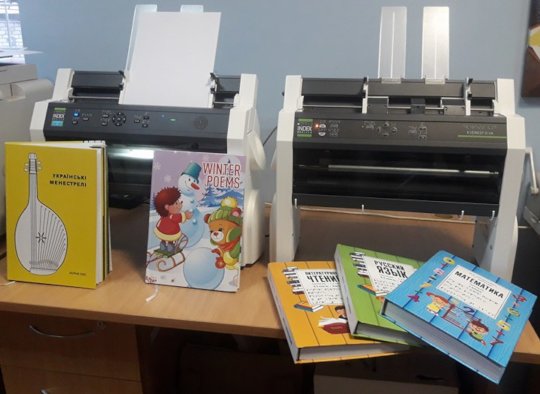 We have worked very hard for you before Christmas and New Year. Blind children in Ukraine received wonderful books with Christmas stories and New Year's adventures in Braille as a gift. Thank you for being with us. Our team is proud that you are interested in our project.

We are very happy that thanks to your support in Ukraine, there are more books for children and young people with visual impairment!

During the reporting period, our team moved forward. Not exactly as we dreamed. Price fluctuations and the depreciation of the hryvnia did not allow us to buy a new Braille Box printer. We only had enough money for a new version of the Everest D V5 printer. And now we have 2 printers. We print books twice as fast.

During the reporting period, we adapted and printed, taking into account the standards of universal design, such books:

- Winter poems - poems and winter in English with audio recording.

- A series of "Baby Books" - fairy tales in German.

Ukrainian minstrel is a new version with audio recording.

The victory of our project is that our books appeared on the shelves not only in special libraries for blind people, but also in ordinary bookshops (Chulan (Kiev), Knigarnia (Kharkov, Kiev)).

Thanks to our project, 6 cafes in Kharkiv adapted their menus for visually impaired visitors in Braille.

We do not stop there. Our team is constantly learning.

The design and quality of the binding of our books has changed. We pay much attention to the adaptation of illustrations to books. We really want the children with visual impairment to be able to imagine the characters of the books thanks to the relief drawings.

For visually impaired schoolchildren who study on an inclusive form, we continue to adapt and publish textbooks in Braille.

Textbooks for the 2nd grade have already been adapted. And we received an order for the adaptation of textbooks for grades 6 and 7.

Thank you dear friends! Each of you makes our world more real and accessible to blind children. 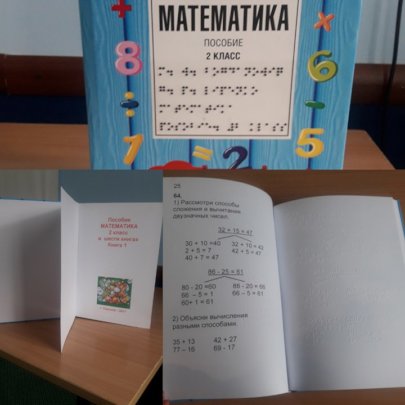 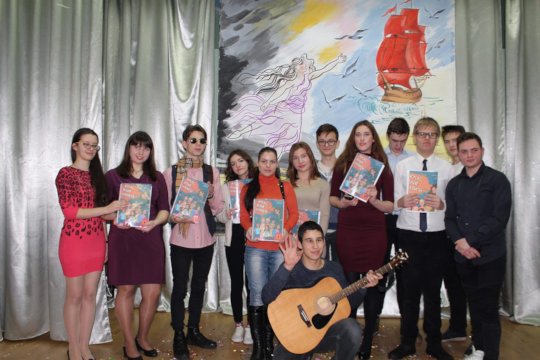 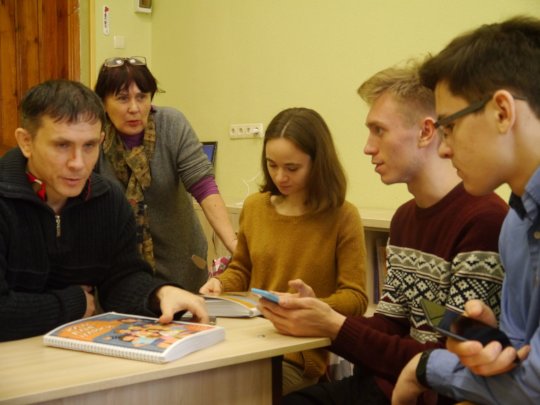 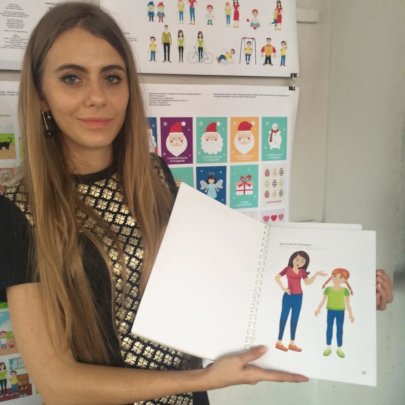 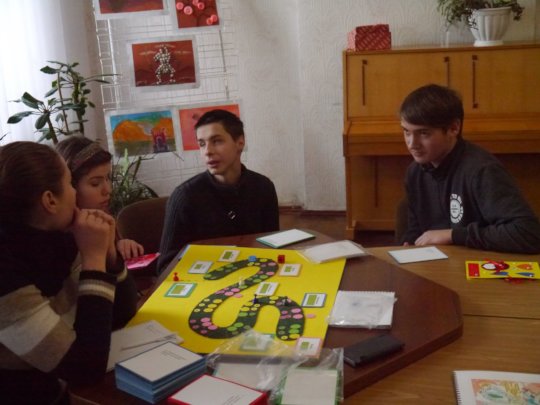 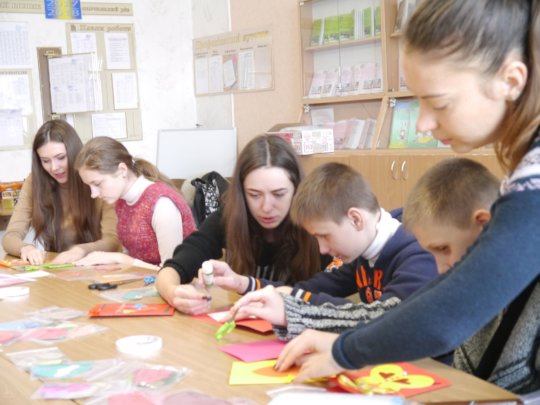 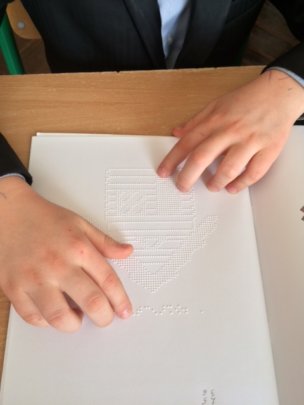