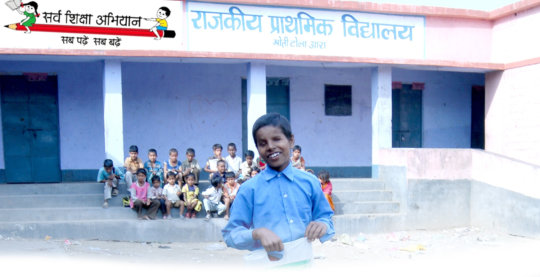 Hope doesn’t come easy to those whose lives aren’t going according to plan. Vidyasagar’s family was ecstatic to welcome a baby boy into their lives. Dreams, hopes and aspirations for the new-born grew with every passing minute. But, the moment they learnt he was born with a disability – everything evaporated.

Vidyasagar had had low vision in his right eye and absolutely no vision in his left eye. A little after he turned six, the doctors learnt he was hearing impaired, too.  Vidyasagar’s family was distraught. Worried and full of fear for their baby, they confined him to the house. Consequently, they found it difficult to communicate with their baby, too.

One day, out of the blue, Vidyasagar did something extraordinary. When his sister was tutoring some children at home, he picked up a picture-book, held it close to his nose, his face contorting as he concentrated on whatever little he could see. His sister was amazed. She decided to teach him along with the other children, whichever way she could.

Today, Vidyasagar’s body and mind are no longer confined. He goes to an inclusive school and has learnt alphabets, numbers and calculations in both Hindi and English! He can write and read big print. He enjoys drawing. He even buys groceries for the house and a bus ticket through sign language. But it’s technology that fascinates him the most. Bright displays on the monitor, pressing keys on the keyboard inspire him to one day become a computer operator.

True to his name, Vidyasagar is ready to dive into a sea full of knowledge while remaining independent and fearless.

More than my Gender, much more than Deafblindness 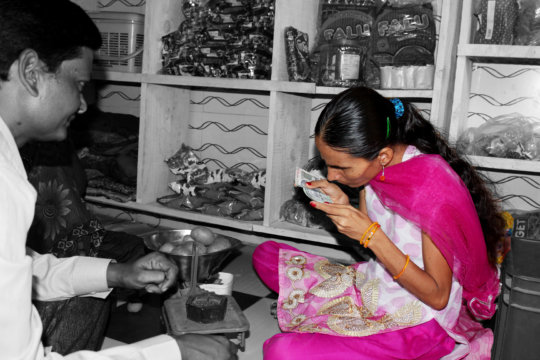 Born female and profoundly deaf with low vision, into a family of daily-wage agricultural labourers in Dhanki, a remote village in rural Gujarat, Hansa’s survival seemed scripted for failure. Rejected as an uncomfortable anomaly, the village branded Hansa – a curse from the Gods and shunned her family, too. Even a glimpse of them on the fields was perceived as bad luck. Sense India special educator Deepak found Hansa sitting in a corner, dressed as a boy, isolated and unable to communicate. He explained to her parents that an intervention in the form of specialised training, customised to Hansa’s needs was essential for them to live a better life as a family. But no matter the benefits, a male instructor for their daughter was unacceptable to them and their community.

Deepak realised for Hansa to even have a shot at better care, he needed to build a relationship with her community, first. After several weeks of interactions, which included many conversations on deafblindness, Deepak was finally allowed to teach Hansa. He began his training by encouraging Hansa to explore and familiarize herself with her environment – which included her community and family. For her to make any progress, they needed to play a vital role. Therefore, introducing a common medium of communication, like tactile sign language was an effective way for Hansa to understand and be understood. She soon began communicating with her parents, took over some household chores and even understood basic arithmetic! Her parent’s apprehensions like, “She will fall down, she will hurt herself, she won’t understand,” were now a thing of the past.

But then began a different challenge, - menstruation. To help a reasonably confused Hansa understand the biological transition her body was making, Deepak convinced his wife and female colleagues to accompany him on training visits to Hansa’s house. Encouraged by the dedicated care her daughter was receiving, Hansa’s mother, too, began lending additional support. Empowered with a new direction, Hansa has transformed into a brave adolescent, hungry to learn.
Today, with the support of Sense India’s Income generation programme, Hansa runs her own petty shop and earns around R.S. 8000 - 9,000 per month and is supporting her family by shouldering both financial and household responsibilities. Baffled at Hansa’s metamorphosis, villagers have opened up to a new perspective towards both Hansa’s gender and now, abilities.

Like Hansa, deafblind girls and women in India are almost always rejected twice – first by gender and second by deafblindness. Therefore, understanding the numerous challenges faced by deafblind females, we don’t just provide specialist services to deafblind girls and women but to sustain them in the long term, we also help secure their livelihoods through various income-generation projects/programmes. Currently, through our direct partners, Sense India provides vocational training support to over 96 female youth and women. From jewellery to food, candles to pottery and like Hansa, running their own little businesses, these women are proving that with access to resources and specialised support their dreams can truly be a reality. 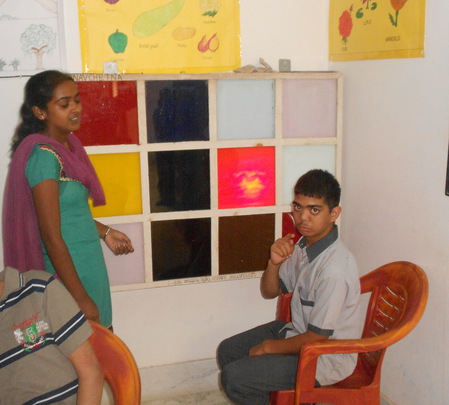 Harshit during a sensory stimulation exercise.JPG

When the Poply’s were blessed with a baby boy, they decided to name him Harshit, meaning happiness. His birth brought dreams and happiness of a kind that the young couple had never imagined. As he grew older, they realized something was amiss with their baby. Unlike other children, Harshit wouldn’t turn to them when they called out his name. Nor was he startled at loud noises.  Trips to numerous doctors and specialized medical professionals confirmed some of their worst fears. Their son was both deaf and blind.

Deafblindness – they had never heard of this disability before and found themselves confused, apprehensive and fearful of the future.

When children of Harshit’s age began going to school, the Poply’s began knocking on the doors of one school after another but were rejected once the schools learnt of Harshit’s disability. They lost all hope and began to accept Harshit’s future as a dark and endless pit of despair.  Luckily for them, that year, Sense India was surveying the area where they were residing.

Soon with Sense India’s support Navchetna helped Harshit enroll into a regular school with an inclusive setup. These days from Monday to Thursday Harshit goes to a regular school and on Friday and Saturday he attends specialized classes to help him move beyond his disability at the Navchetna Centre.

Harshit is a keen learner. By observing him and the progress he is making, the Poplys have discovered hope and now conviction that even a person with deafblindness can be educated and live a normal life. This family’s journey has been one of togetherness as they learn and support each other. It’s a long way ahead for Harshit but he has discovered his future and it full of unlimited possibilities. Your contribution to Sense India help us create a better present for deafblind children like Harshit so that they can have a secure future. 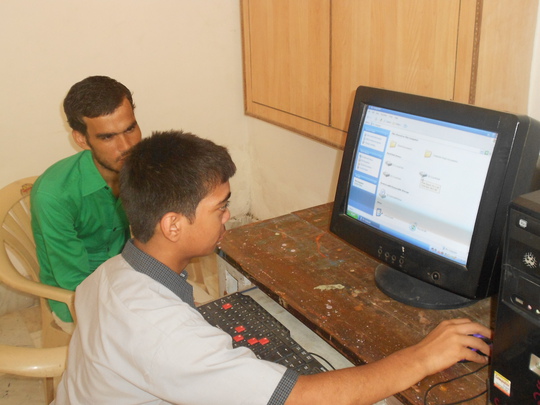 Harshit learning to use the computer.JPG 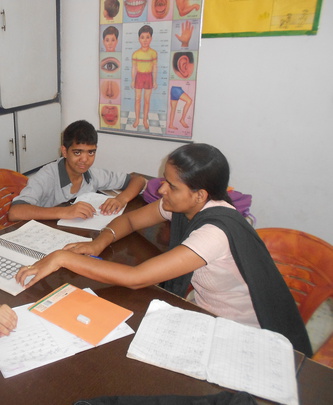 Harshit with his educator.JPG
Attachments:
‹ 1 2 3 4 5 6
WARNING: Javascript is currently disabled or is not available in your browser. GlobalGiving makes extensive use of Javascript and will not function properly with Javascript disabled. Please enable Javascript and refresh this page.