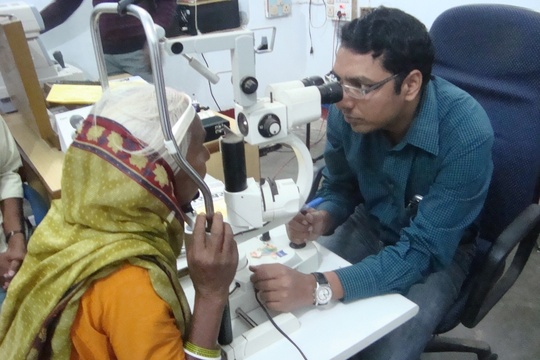 We would like to thank you all for supporting us to get a permanent position in GlobalGiving. With your kind support till October 2012, we have raised fund to restore 167 eye sights of poor and marginalised people of remote areas.

We work in one of the poorest tribal remote areas of India. Health services in villages are very poor and inadequate. Especially eye care services are bad in the villages. Due to poverty people even do not come for diseases like cataract and glucoma to towns for checkups and treatment. These result in a total blindness which could have been avoided with surgery which hardly takes 15 minutes.

" Chotu Hansada is 55 years old and lives with his wife in village Nonihat of Dumka District. He has two sons, both are married. His sons work as daily wage labourer and do not earn enough to look after their own family and him and their mother. They often face the issue of food security in home. Due to Cataract, Chotu Hansada was unable to work and was dependent on his wife for his daily activities.

He was identified through screeing camp in the village and was brought to eye hospital. His surgery was performed by hospital team and now he is able see properly.

He is very happy that he is able to see and work again as daily wage labourer. He is glad that now he can now contribute to the family income and is no more burden. "

We need your kind and generous support to restore eyesight of 833 more poor villagers from remote areas in India.

We also want to inform that, any monthly recurring donation in December 2012, will be matched 100% by Global Giving. Thus your donation will be doubled automatically. 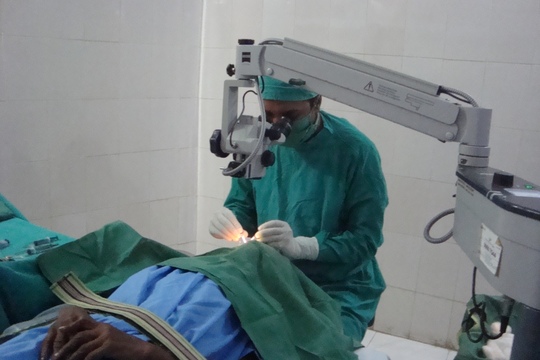 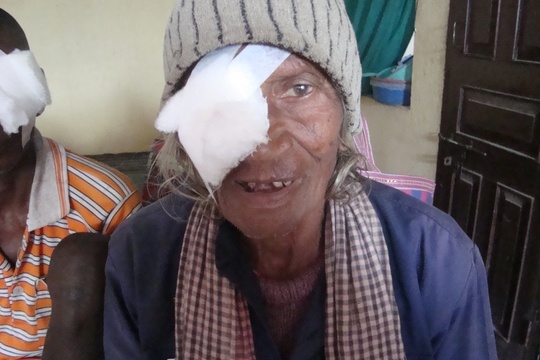