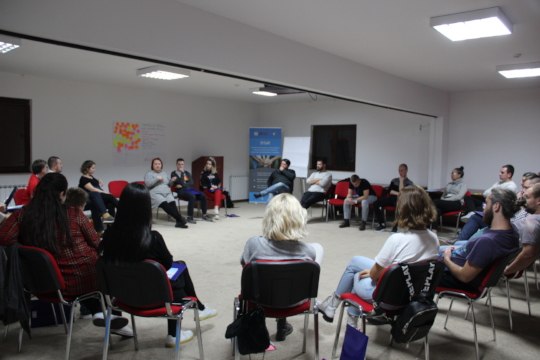 Hello all!We always need to first thank you for your generous donations which helped us continue our work, and just looking how CIM is more and more growing.

Every day we think about new opportunities and ideas how can we grow more our organisation and our idea of building a Peace Embassy We are getting always a step forward of getting our dreams come true. Although the proccess is always slow, we won't lose hope and we are motivating us on daily basis.

We will keep you informed about the progress of our Community Peace Centre in Bosnia and Herzegovina.Peace and Love 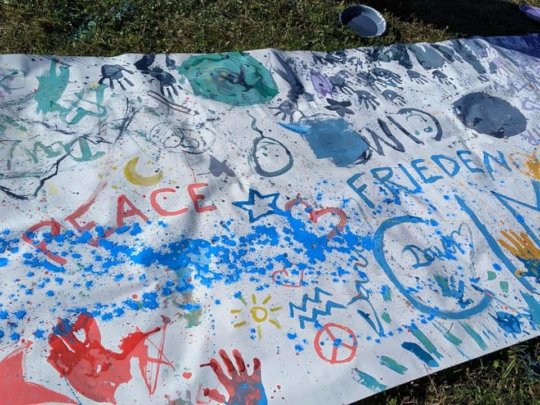 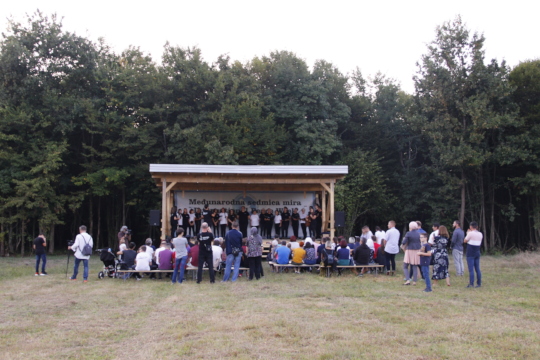 After a busy summer full of tranings, camps, new people and volunteers coming to the farm. Each action and person made their contribution to a better and more beautiful Peace farm.

In September we had a Peace fest as a new dimension of celebrating our International Peace week. Workshops and panel discussions were organized at the Peace farm as well as dialog sessions with participants not only from Bosnia but also from all around the world. At the farm we built a parking lot and also a stage where we had our opening ceremony as well as concert for choirs for the International Peace day.

Since the last update about our farm, we had three new internships from Germany and Sweden which came living at the Peace farm and learning about the culture and history of Bosnia and Herzegovina and also our organisation. We also had two volunteers from The Netherlands, they were very helpful about preparing the garden after seeding and picking the vegetables.

Winter is coming where everything gets more quiet and colder. We are on the way of planning new farm projects and changes.

We sincerely thank everyone who contributed that our idea of the Peace Farm, the place of harmony of people and nature, lives and develops every day. 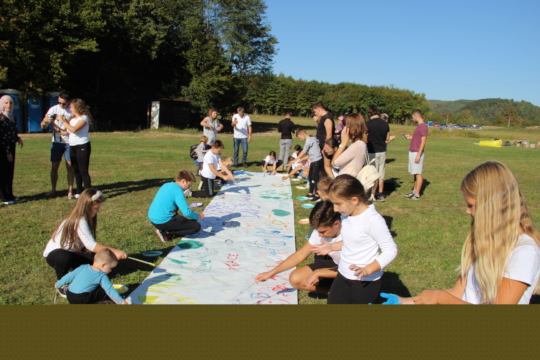 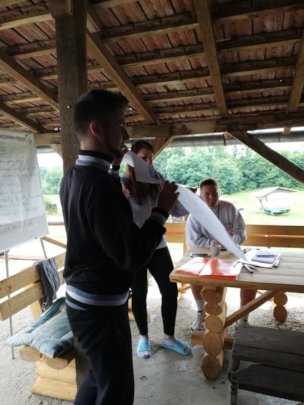 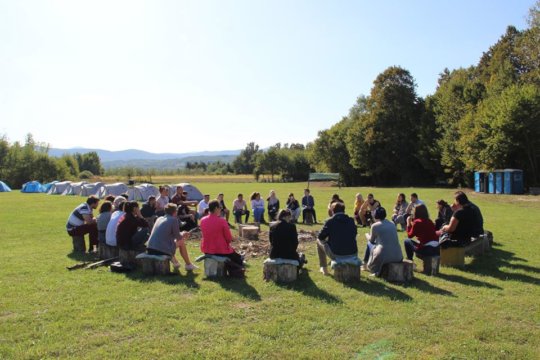 This year Center for Peacebuilding organized an event called Peace Fest as a part of the celebration of the 10th International Peace Week. The opening ceremony was on the 16th of September at the CIM’s Peace Farm also called Garden of Oppurtunities.

On that occasion, the Mayor of Sanski Most and CIM’s founders addressed the attendees: Executive Director Vahidin Omanovic and Program Director Mevludin Rahmanovic, who this year presented awards for Ambassadors of Peace, Volunteers of the Year, and Donors of the Year.

On the 17th of September we started with our lectures on the Garden of Possibilities within the manifestation of the Peace Fest. Amra Pandzo gave a lecture on the concept of peacebuilding, Judge Patricia Whalen spoke about the importance and role of justice in reconciliation processes while former concetration camp prisoners who are a part of the PRO- Buducnost project shared their war experiences with the participants.

After the lecture, participants were shown a documentary called The Prosecutors, facilitated by Karen Blanchard.

On the 18th of September we continued with our lectures. Karen Blanchard gave a lecture on forgiveness and the participants presented in a creative way what forgiveness represented to them.
Louis Monroy spoke about the difference between traditional and transitional justice, and brought the definition and details of transitional justice closer to our participants.
Zoka Catic intrigued the participants with an interesting lecture on the influence and responsibility of the media and their personal responsibility when posting content on social networks. He also presented his work and short films that carry messages of peace and encourage viewers to think critically.

We also the lecture in two middle schools in Sanski Most where John Sturtz worked with teacher, how they can develop learning children and critical thinking. And our employee Anela Talic and volunteer Armin Poljak were talking with the students about Youth activism and what Young people need in their local community.

On Thursday the 19th of September, Sylvia Laumen, Daniel Eror and Amra Pandzo spoke about the importance of interreligious dialogue in peace building and the importance of religion for the individual.
Participants were particularly interested in showing short films, which is why Zoka Catic showed them 3 additional films and invited them to critically review what the “media is serving”.

Daniel Eror and Emina Frljak, representatives of Youth for Peace organisation, gave an interactive lecture on “What can we do?”
In an interesting way, they conveyed knowledge to the participants about the individual’s activism and contribution to social change. They also emphasized their personal responsibility in initiating change.
At CIM’s Garden of Opportunities we have continued to discuss this topic. Mevludin Rahmanovic and Vahidin Omanovic conducted a dialogue session during which participants identified what they could do and also evaluated the lessons learned.

On the last day of our Peace Fest on the 21st September we celebrated the International Peace day. CIM’s theater ”Life” where they performed a play called ”Ashamed of the mother”. After the theater play our small actors and participants had the oppurtunity to draw and make the Peace wall which in the end was really colorfull and big.

In September and October our Peace Camp and Caravan participants have implemented their local initiatives in 10 cities/municipalities in Bosnia and Herzegovina : Velika Kladuša, Banja Luka, Jajce, Olovo, Sarajevo, Sokolac, Bijeljina, Mostar and Stolac. Local initiative were workshops about peacebuilding and youth activism where young people could learn more about, and hear experience from our participants about their peacebuilding work and also about the Peace camp and Caravan experience. 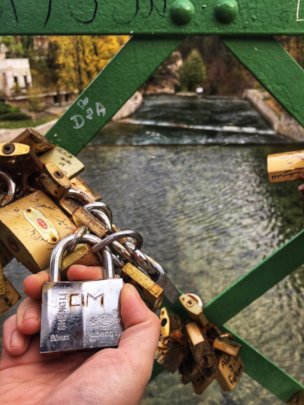 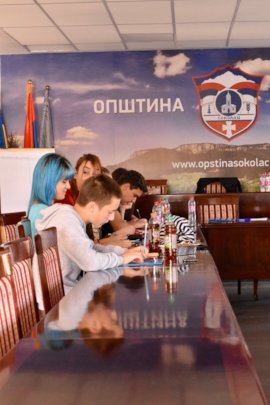 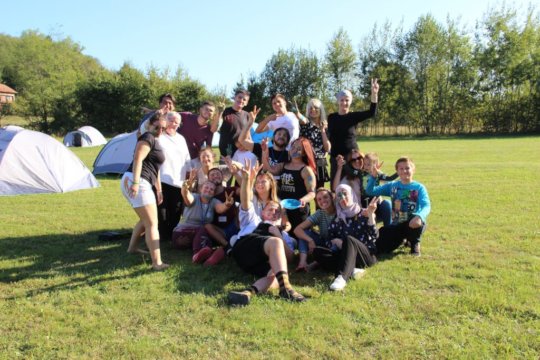