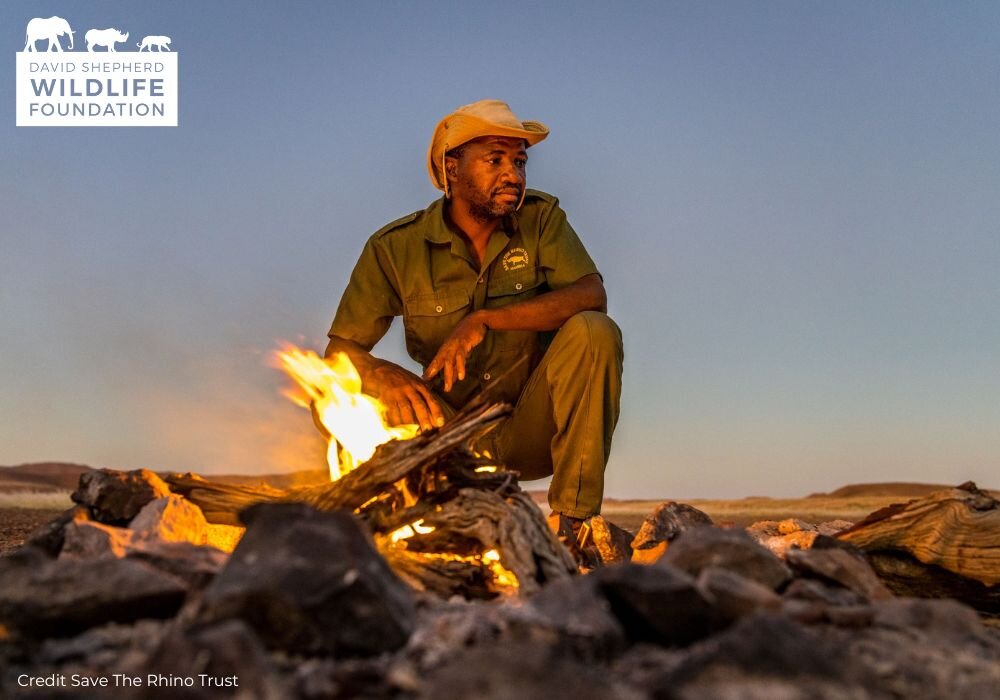 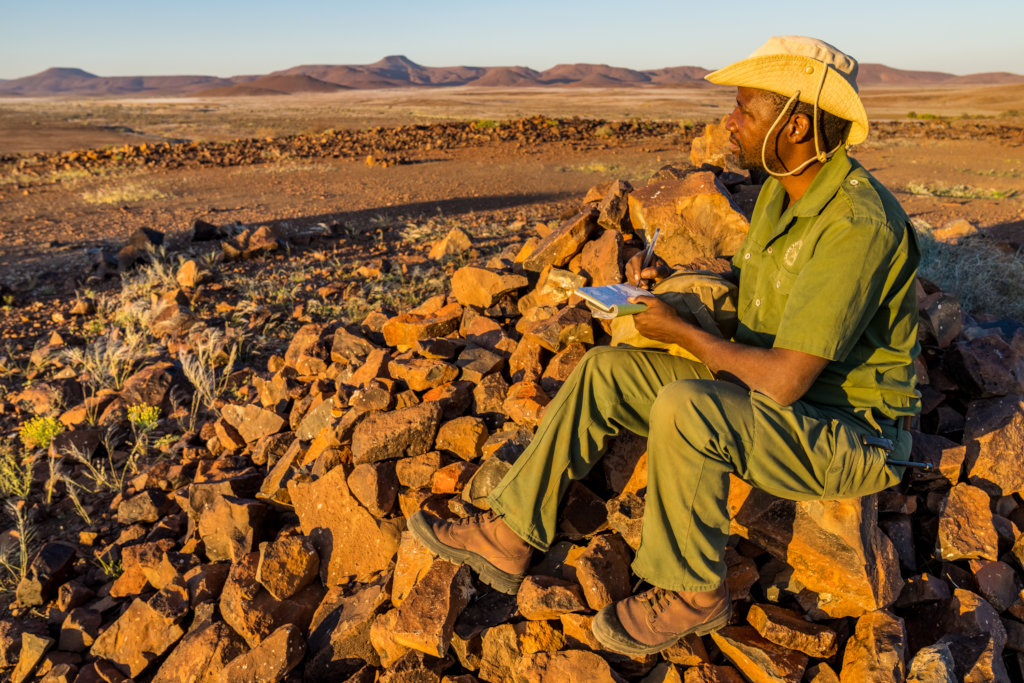 Thank you for supporting David Shepherd Wildlife Foundation through GlobalGiving. As well as providing you with your bi-annual Ranger project report full of fantastic news and results of this project we would also like to inform you about an exciting campaign.

In the past year one of our main objectives has been to support ranger and law enforcement programmes, working alongside our ground-based conservation partners we have seen some incredible results further protecting our keystone species. Here are a few highlights:

Thailand: DSWF funding has been allocated to support anti-poaching operations, training 182 rangers and conducting vital tiger surveys. Over the last 12 months, not a single tiger has been killed in our project area.

Russian Far East: DSWF funding has supported 125 rangers to patrol 411,905km of tiger habitat. As a direct result of these patrols, not a single tiger poaching incident occurred across the five protected areas DSWF supports.

Vietnam: DSWF supported ranger patrols covering 3,169km (equal to twice the length of Vietnam). These patrols are essential to disincentivise poachers entering the park and to remove snare traps set to capture wildlife. Data proves that the illegal poaching in the area has reduced by over 90% since the project started.

Zimbabwe: DSWF continued our long-term support of anti-poaching patrols in the Hwange National Park contributing towards 16,144km of ranger patrols, the apprehension and prosecution of 28 poachers and the removal of c.3000 snares.

Namibia: Our funding this year has supported just under 35,000km of ranger patrols and led to 27 arrests of individuals involved in rhino poaching.

Zambia: DSWF funding has allowed anti-poaching units to conduct 25,209km of ranger patrols, leading to the apprehension of 103 poachers and the confiscation of 17 firearms.

Without protecting our rangers, having funds to equip and train them, provide support for their families this incredible work would not be possible.

How can you help this vital work continue?

This week GlobalGiving are hosting their annual Little by Little campaign, this means that all donations donated through GlobalGiving to David Shepherd Wildlife Foundation between Monday 13th and Friday 17th September will receive 50% match funding from GlobalGiving. So, if you donate £20 today, we receive £30 towards Ranger protection making your contribution work that little bit harder!

We are hugely grateful that you have chosen to support us to help turn the tide on extinction. Thank you. 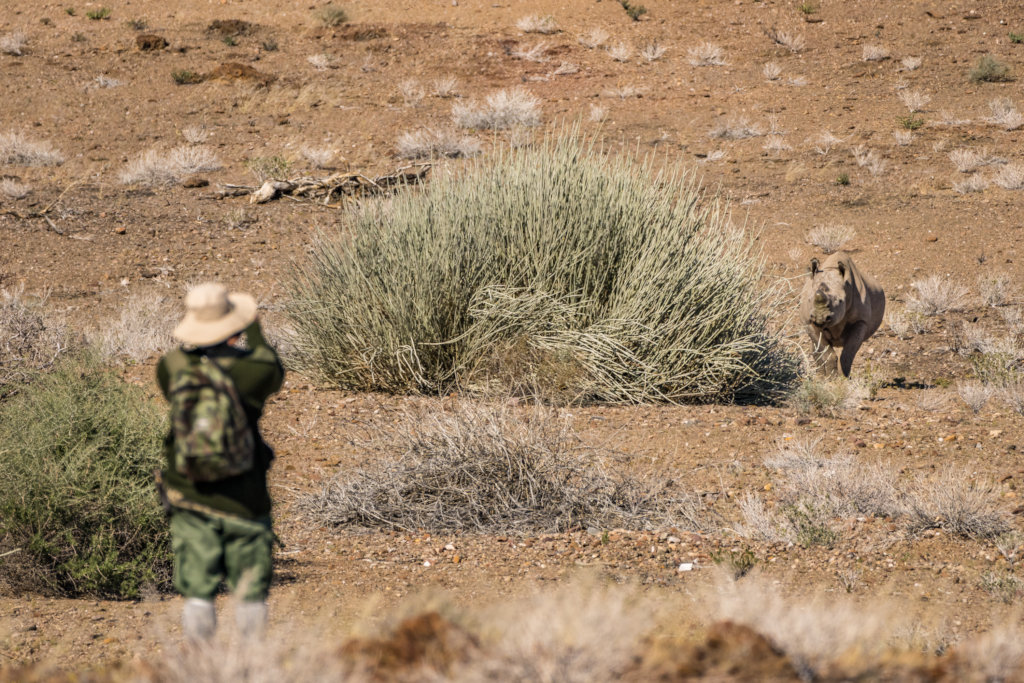 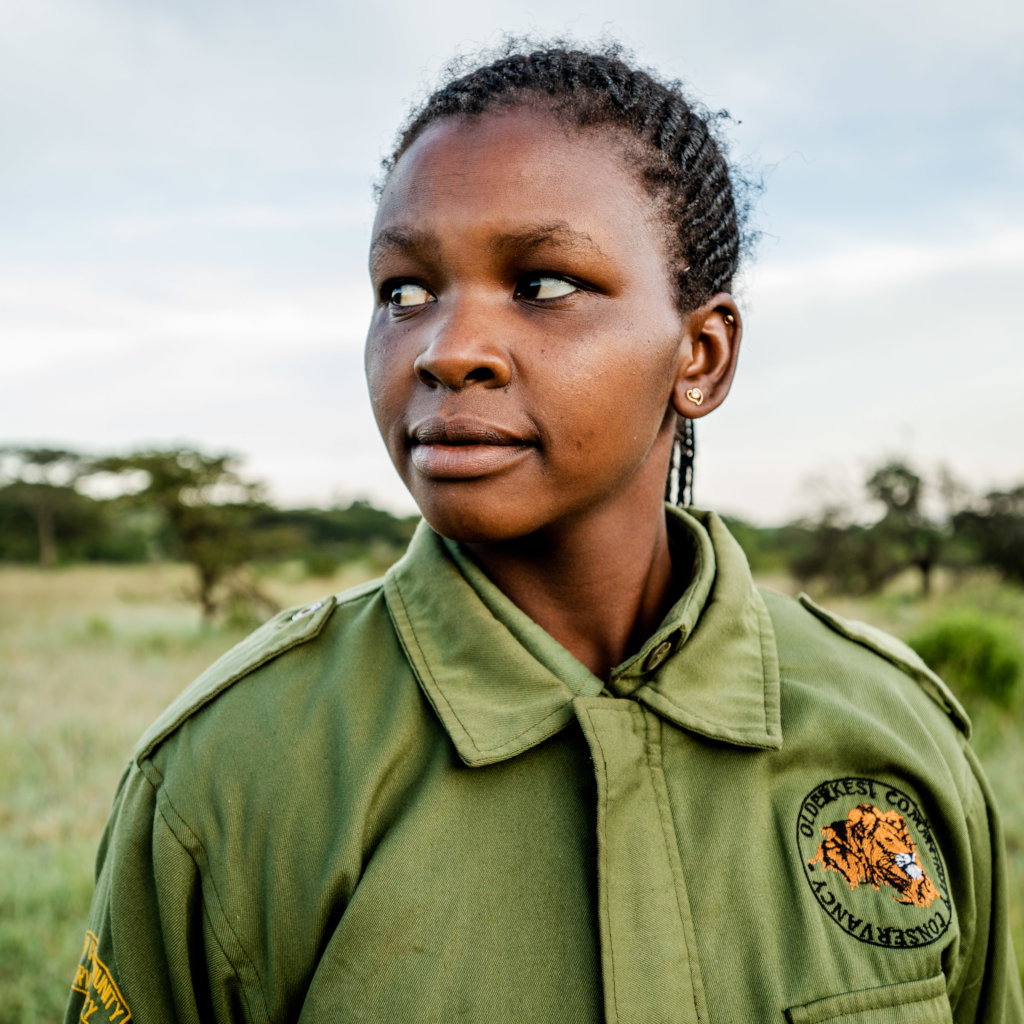 The role of a wildlife ranger is vital if we are to win the war against wildlife crime. Without rangers, there would be no hope for critically endangered species like elephants and rhinos in their natural habitats, which they are fighting to protect.

The responsibilities of a wildlife ranger can vary from day-to-day, and cover anything from park protection to law enforcement and community outreach. Some of the main activities that rangers undertake across Africa and Asia funded by The David Shepherd Wildlife Foundation (DSWF) include:

- Carrying out anti-poaching and anti-trafficking patrols across national parks.

- Locating and removing wildlife snares which pose threats to all wildlife.

- Collecting vital data on endangered species and their habitats.

- Responding to reports of wildlife crime and gathering intelligence on illegal activity.

- Working with communities to raise awareness and mitigate wildlife conflict.

In the Kafue National Park (KNP), our ground-based conservation partners rangers continue to do outstanding work and with your help they are combatting wildlife crime by targeting the key threats to wildlife in and around KNP. From April to October 2020, DSWF funded 26 Rangers who logged 2501 Ranger Patrol days protecting an area of 66000km2 and apprehending 54 Poachers, removing 164 snares and dismantling 13 poacher camps.

To learn more about our wildlife rangers, please visit our website.

“We can’t sit back and let them fight alone, they are at the forefront of species protection and need our support if we are all to enjoy and see wildlife and some of the world’s most pristine and precious habitats flourish.” Georgina Lamb, Chief Executive of DSWF.

Thank you for protecting endangered species in Africa and Asia by choosing to support rangers who fight wildlife crime.

In this update, I would like to tell you the story of a reformed poacher turned wildlife ranger, who works for our ground-based conservation partners, Game Rangers International (GRI).

Luka was 25 years old when he became a poacher in order to provide for his mother and two younger siblings. After 10 years of poaching, he finally found himself in front of a judge and sent to prison in Kaoma, a small town on the edge of the Kafue National Park, Zambia. However, after two weeks in prison, Luka met a representative of GRI, who offered him a job working in the park protecting the wildlife at the GRI Release Facility for orphaned elephants.

Luka is now the longest-serving scout at the GRI Release Facility and has been working there since its inception 12 years ago.

This would not have been possible without your support.

Thank you for supporting DSWF by donating to our work with Wildlife Rangers.

Amongst the global uncertainty brought about by Covid-19, your support has never been more important as conservation projects grapple to deal with limited resources, reduced tourism and increasing levels of poaching. Despite the devastating impacts of Covid-19 on conservation efforts, DSWF have pledged to maintain full levels of support across our whole conservation portfolio. This will stretch us to our financial limits, but we have no other option!

Read about a day in the life of a Kafue ranger, focusing on Neddy Mulimo and written by James Amoore from one of our partner organisations, Game Rangers International. 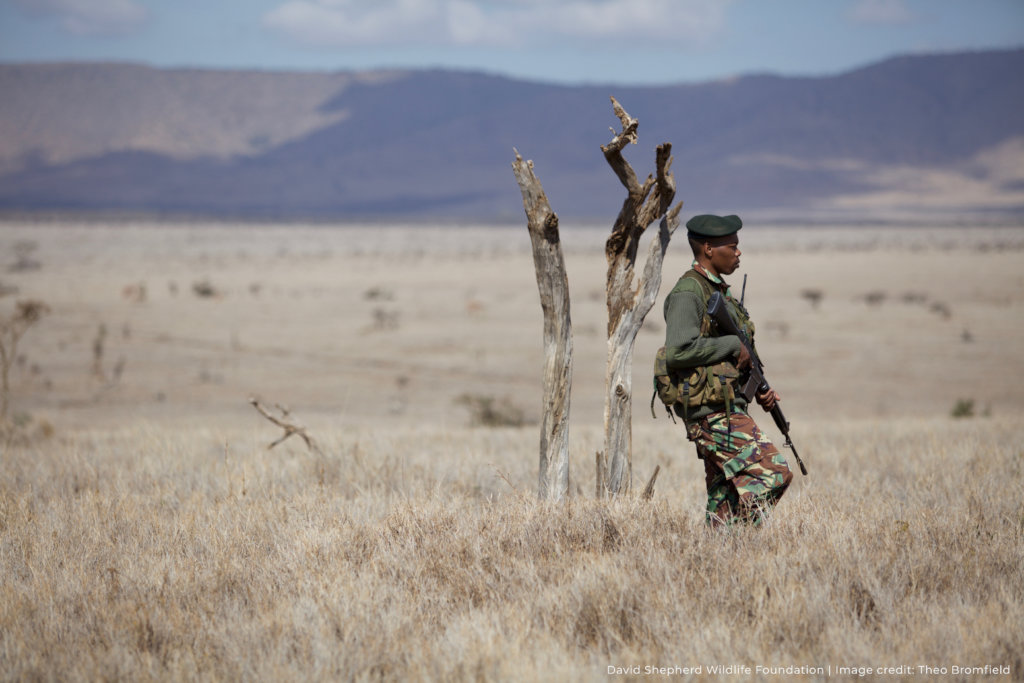 Thank you for donating to our Wildlife Rangers project. Your support is helping David Shepherd Wildlife Foundation (DSWF) fund our incredible rangers and wildlife guardians who are operating on the front line in the fight against wildlife crime around the world.

The year 2020 has been fraught with challenges, in light of the global pandemic, which has forced us all to adapt, one way or another. Despite the difficulties we are now faced with, we are proud to say that our relationship is as strong as ever with our ground-based conservation partners and that our combined efforts are continuing to make a difference to some of the most world’s most vulnerable wildlife populations and communities living alongside them. We are incredibly grateful to the brave wildlife rangers, who even amid the current crisis, are working tirelessly to maintain vital conservation efforts.

Supporting rangers across Africa and Asia to fight wildlife crime and protect endangered species has always been at the heart of our work at David Shepherd Wildlife Foundation (DSWF). From the Kafue National Park in Zambia to the Dong Phayanyen-Khao Yai Forest Complex in Thailand, DSWF has always acknowledged the vital role that these selfless individuals play in conserving the most endangered species, often against difficult odds.

First and foremost, our hearts go out to the families and loved ones of the rangers and civilians that sadly lost their lives in the attack in Virunga National Park, in the Democratic Republic of the Congo, earlier this year. We were devastated to hear about this tragic act of violence and will continue to stand firm in our support of wildlife rangers across the world.

Wildlife crime does not stop because of the current pandemic, and neither does our fight. In fact, due to the economic impact of COVID-19, poaching and illegal activity has increased, putting more rangers and vulnerable species at risk. Wildlife rangers across the globe are working harder than ever to protect key wild landscapes and continue to risk their lives by exposing themselves to the violence of wildlife crime.

Your generosity, your impact:

On this occasion, we would like to bring attention to some of the incredibly dedicated rangers, who as we speak, are still working day and night to fight for wildlife justice.

DSWF’s long-term conservation partner, Game Rangers International (GRI) with the support of the Department of National Parks and Wildlife (DNPW) established the remarkable intelligence led, rapid response unit, with a strike anywhere capability, named the Special Anti-Poaching Unit (SAPU). DSWF has been funding SAPU’s rangers around the Kafue National Park and in their anti-poaching protection of the GRI-Elephant Orphanage Project release areas since its inception. To date, this unit has proven to be one of the most effective in the whole African region in regard to successful apprehensions, arrests and prosecutions.

In response to the current crisis, GRI have also developed Ranger Support Packs to equip all personnel and their families with personal protective equipment, basic medical supplies and essential rations during the coming weeks.

In Thailand, DSWF’s partners at the Freeland Foundation have been dealing with increased threats from the dry season, with extensive devastating fires, ravaging vital tiger habitat. Responding to calls for support, DSWF donated emergency funding to Freeland, which has enabled them to supply vital drinking water, electrolytes and medicines to rangers working tirelessly on the frontline to douse the fires.

We are incredibly proud of the men and women who risk their lives to protect wildlife in some of the harshest habitats on earth. From everyone here at DSWF, thank you in advance for any donation you are able to make to support the incredible work carried out by the rangers. 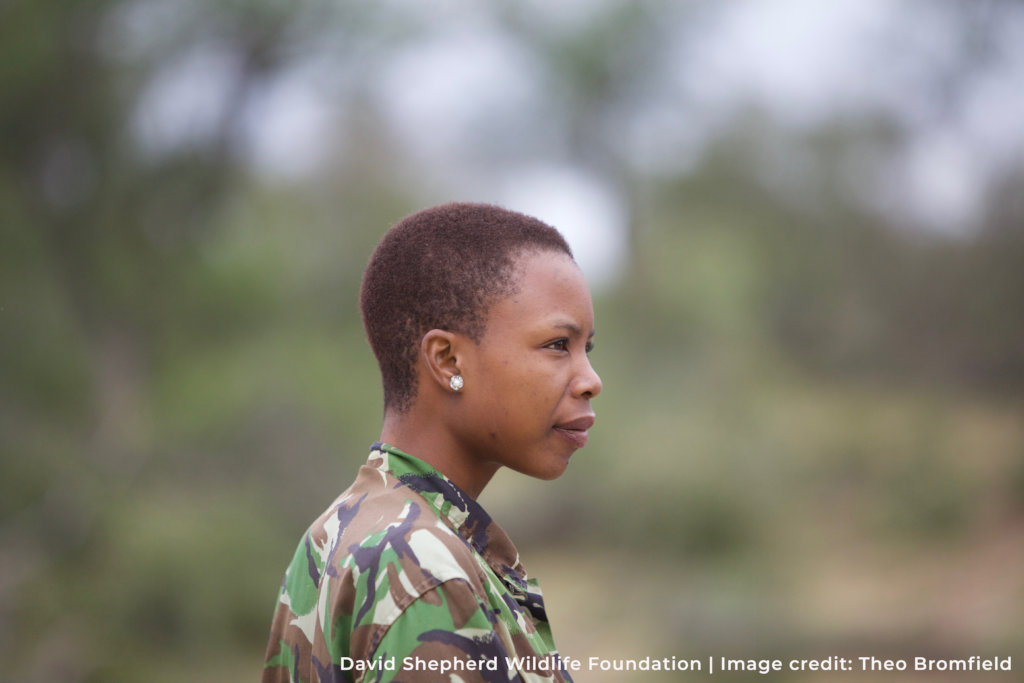 GlobalGiving
Guarantee
Donate https://www.globalgiving.org/dy/cart/view/gg.html?cmd=addItem&projid=40137&rf=microdata&frequency=ONCE&amount=25
Please Note
WARNING: Javascript is currently disabled or is not available in your browser. GlobalGiving makes extensive use of Javascript and will not function properly with Javascript disabled. Please enable Javascript and refresh this page.