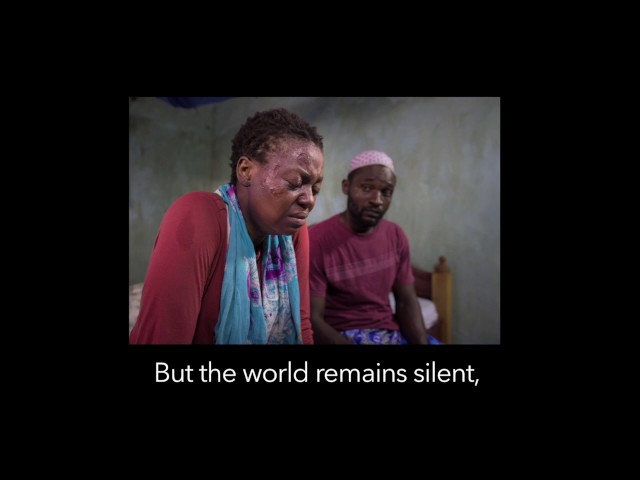 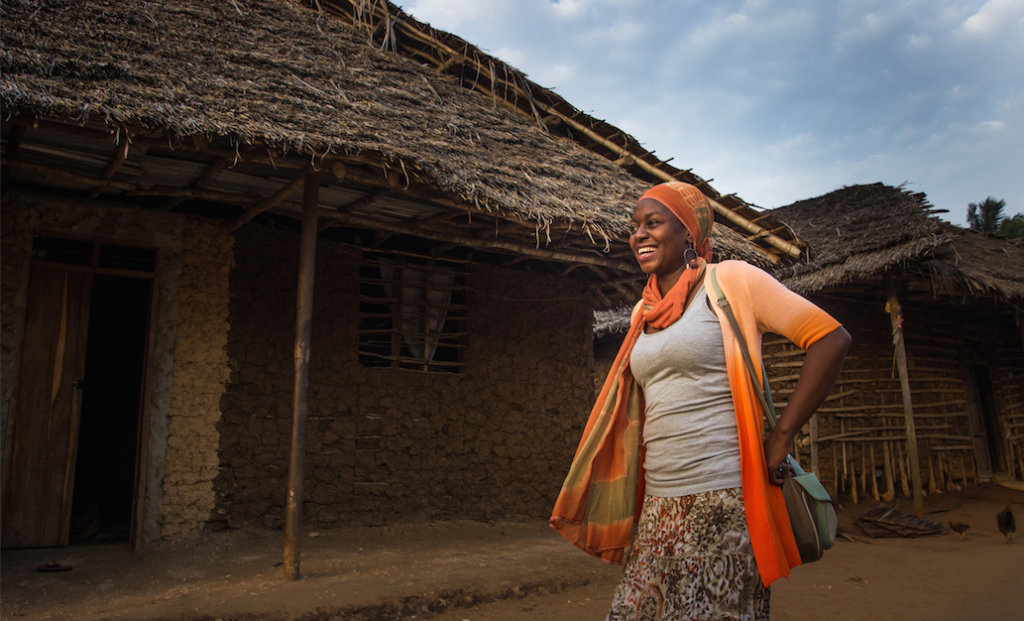 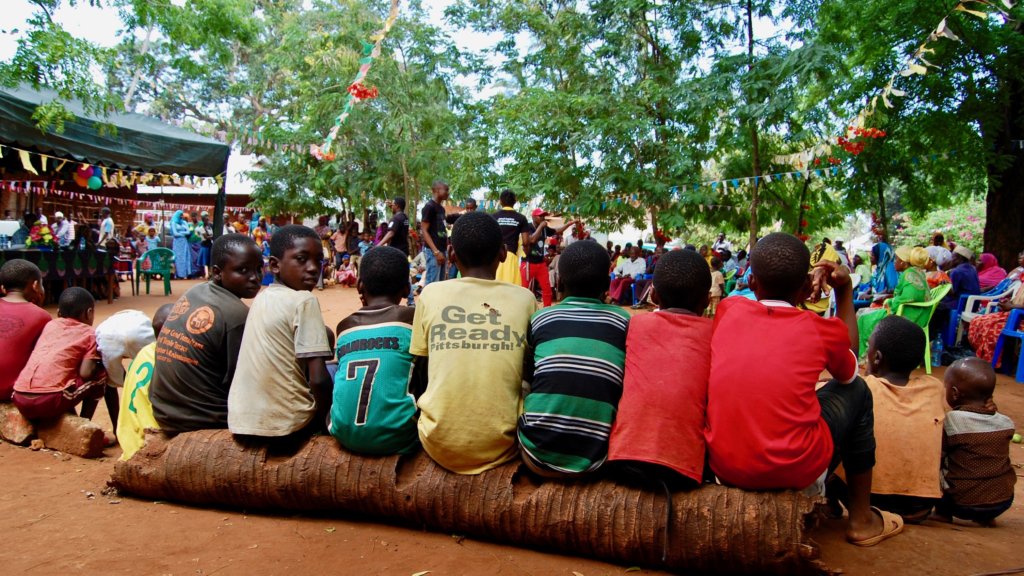 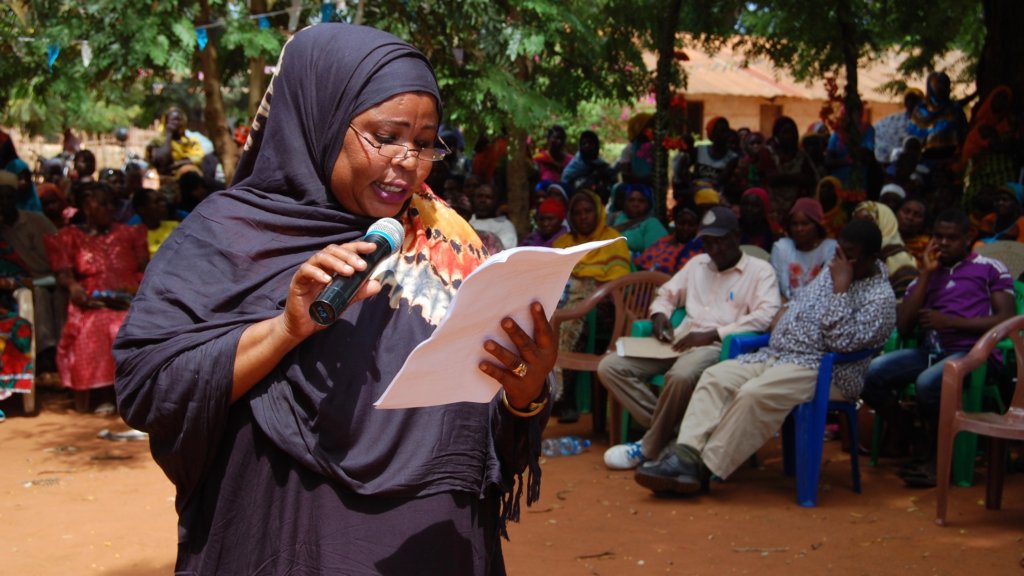 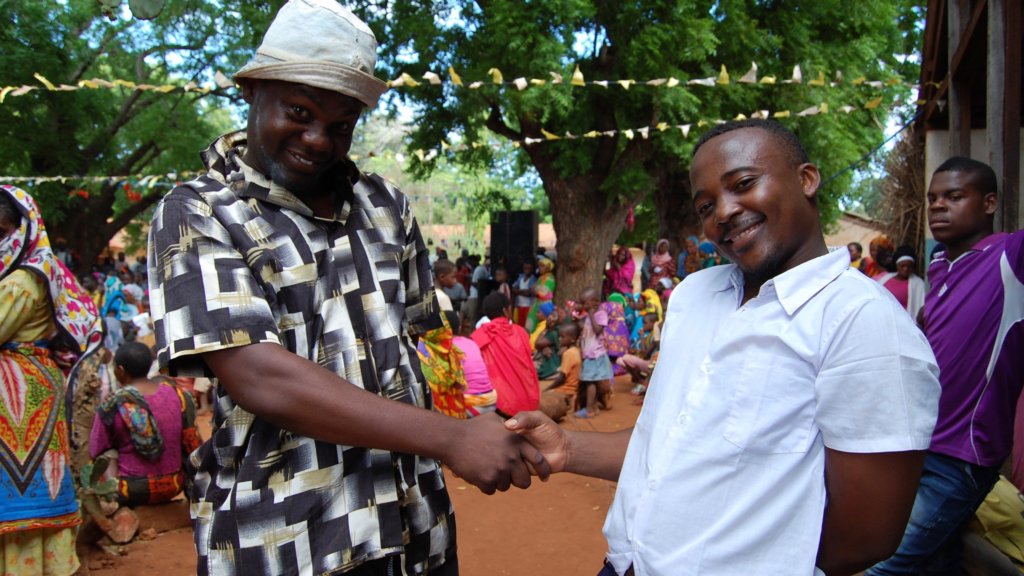 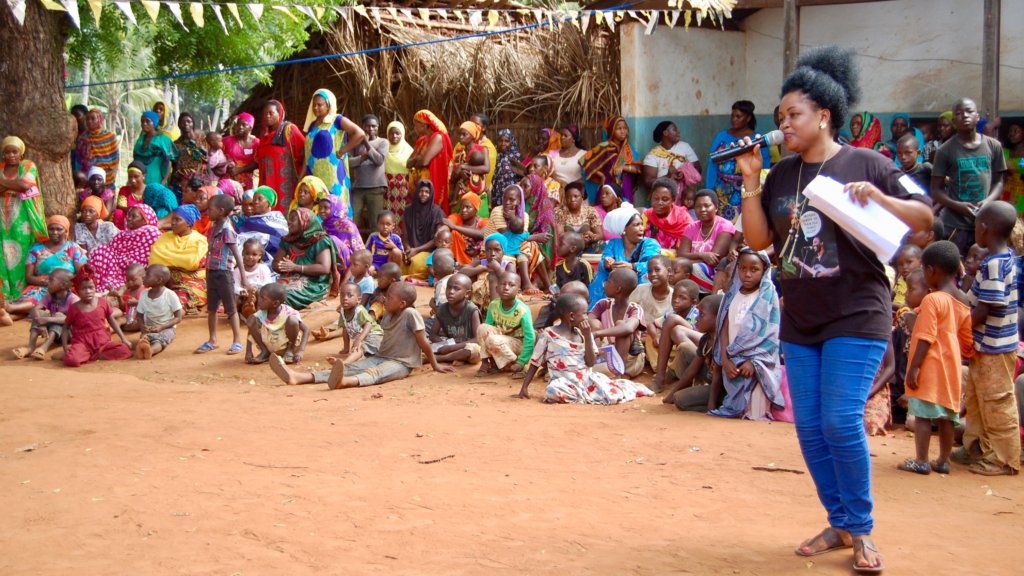 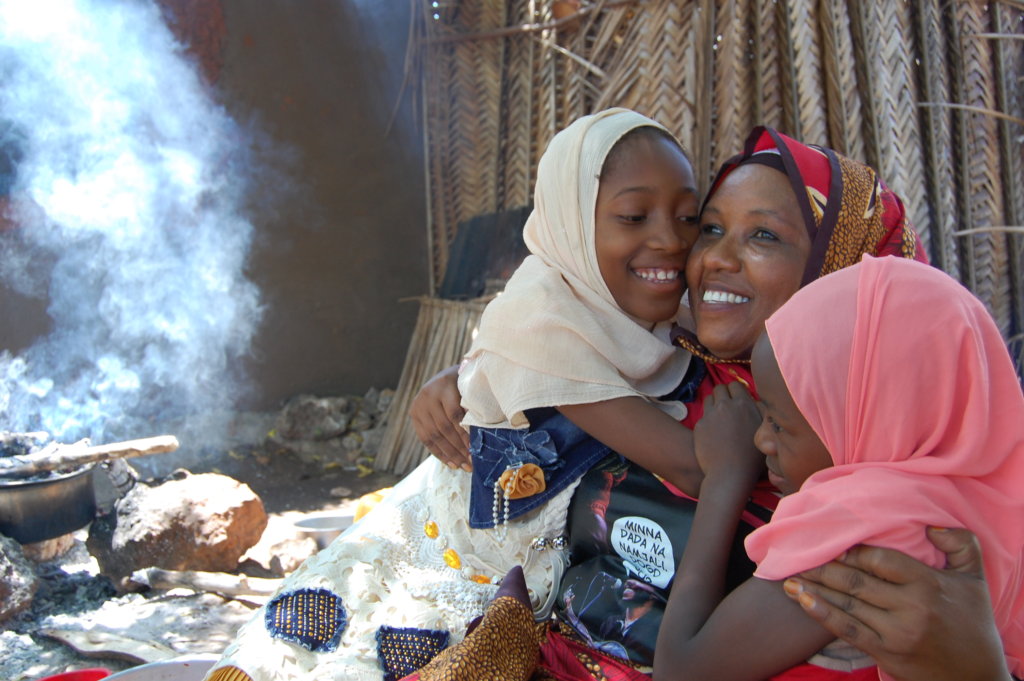 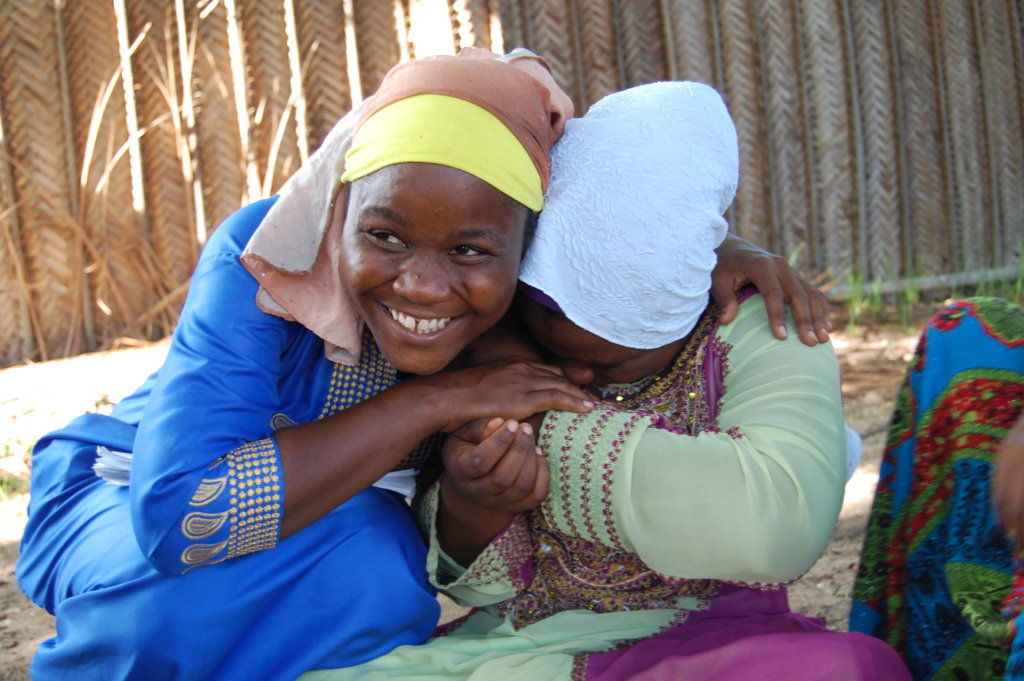 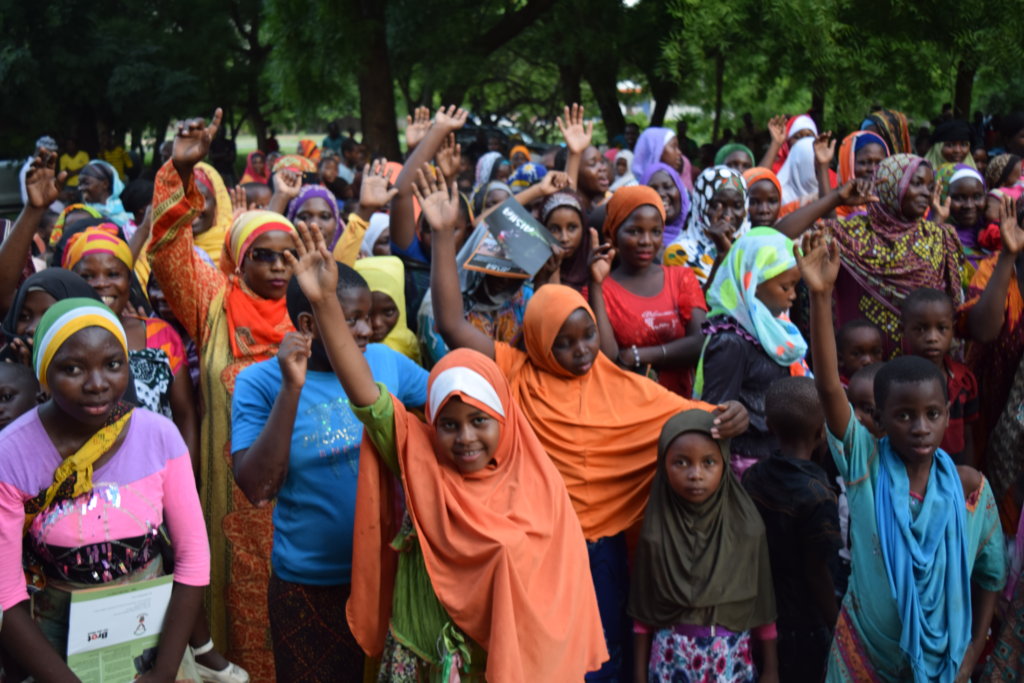 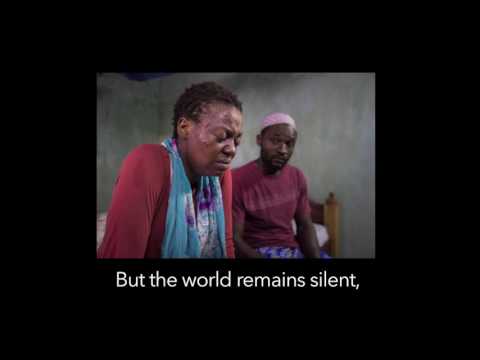 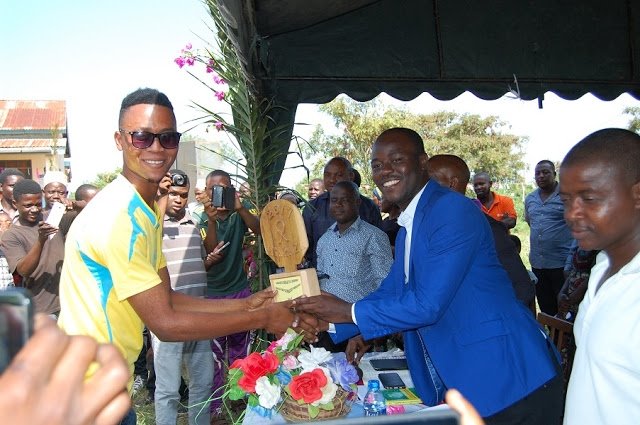 Despite all the unsettling developments in the rest of the world,  the people of Pangani and their leaders ended the year 2017 with a sense of great achievement and hope for the future.

Whoever has doubts about what I am saying should have been in Msaraza village  on December 16th, 2017 at the awarding ceremony of the Pangani District Annual Village Leadership Competition.  In front of a large crowd community   leaders, youth and women leaders of 33 villages presented their success in fighting gender violence and promoting responsible and gender responsive  leadership in their village. It was amazing to witness their excitement and pride when they spoke about their work.  Pangani leaders provided evidence on how they brought  change to their village through their fight for justice and equal gender rights. They were able to see the effect of  their own long tradition of gender inequality, oppressive social norms  of male dominance and to realize what this has asked of them as leaders. And….they took action:

Most importantly, Pangani leaders have seen that they do have the power to change oppressive systems if they themselves  are willing to change.

This is empowerment,  this is transformation and this  has made our district a better place for its people.  The impossible has become possible!

Along with our District stakeholders UZIKWASA  was  reassured   that our  transformative approaches in developing grass roots leaders, integrated with multimedia messaging  have been effective and  grown into  a strong program for social change.

At the beginning of the new year 2018 we ask you not to get tired with your  support, but share our joy about was has been achieved and help us to maintain these achievements.   Together we will be able to move to the next level on our journey of conscious practice to transformation. 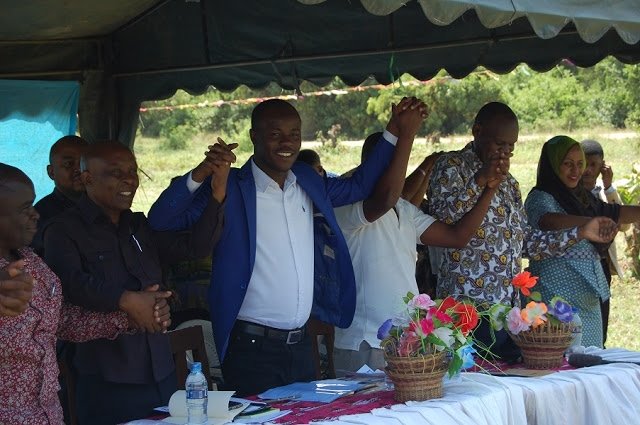 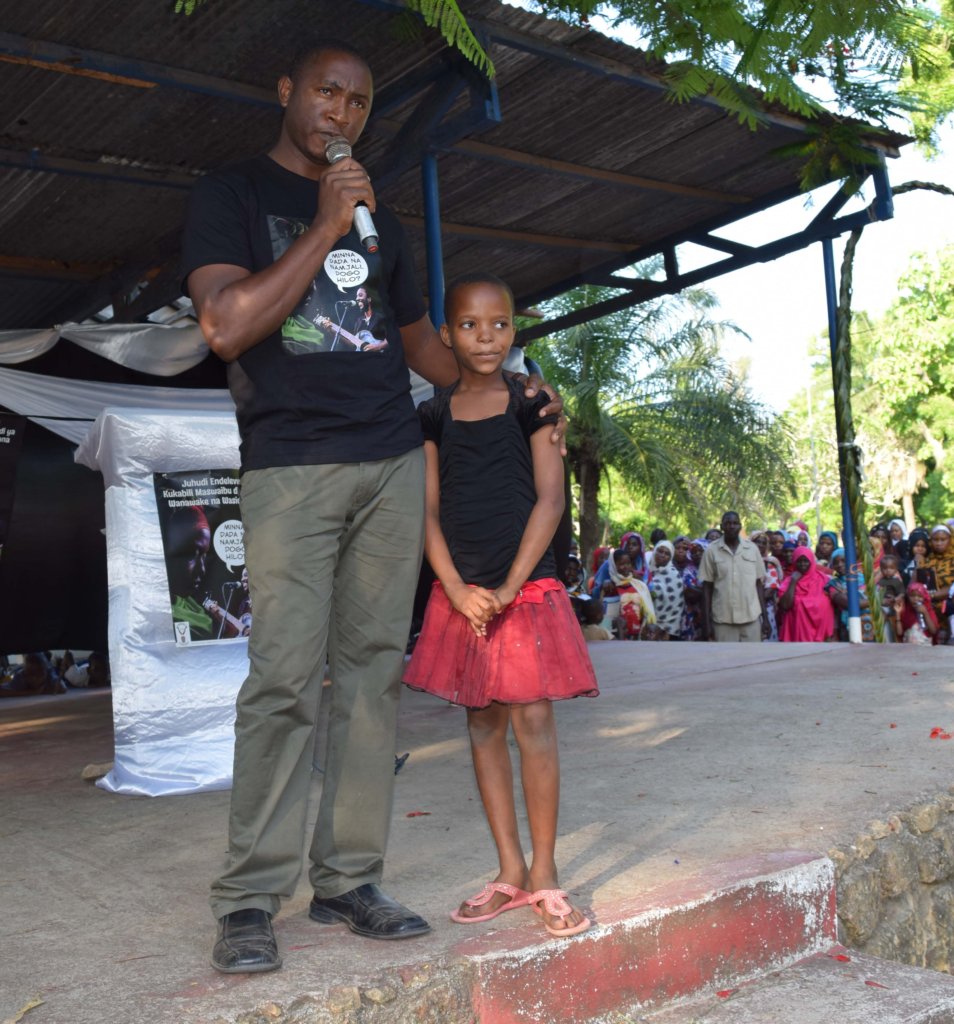 Just imagine your eight year old daughter is raped by a 30 year old man. Hard to believe? According to the Pangani District Police Report from January 2015 to April 2017 shocking 20% of reported sexual violence victims were girls aged 10 years and younger. The average age of the victims was 14, the perpetrators’ age was 30 years.

The protection of our children is the responsibility of us all. UZIKWASA has brought together key stakeholder groups including religious leaders, school committees, village governments and district level leaders from health, police and court to join hands and take action.

Achievements have been remarkable, especially at the community level: ninety percent of violence cases referred to the police are the result of joint action by villagers and their leaders. Our holistic intervention package includes truly transformative leadership trainings, re-enforced by Pangani FM radio programs, village participatory action planning for gender violence and film and theatre shows. All this has been successful in creating a critical mass of community members and village leaders who took action to make sure that perpetrators no longer escape the legal system, but face justice.

Yet, a lot more needs to be done. In July 2017 our team facilitated a training with our newly established District Gender Violence Taskforce to ensure that government bodies at the higher level will also do their part so that sexual violence cases referred from the villages are followed through to the very end: judgement by the court.

After the training each taskforce member expressed new commitment in their own area of work:

“As DNA testing is now available in the country I will do all I can to obtain the necessary equipment so that Pangani becomes a pilot district for effective forensic evidence taking in cases of sexual violence.” Dr. Ole Sepere, Medical Officer Pangani District Hospital

As we continue to support communities and their leaders in fighting gender violence and child abuse, in the coming year we plan to put more emphasis on promoting a strong district level response. Your support will help to realize this goal.

Thank you for being part of us and for your contributions.

A Safe Place for Our Children 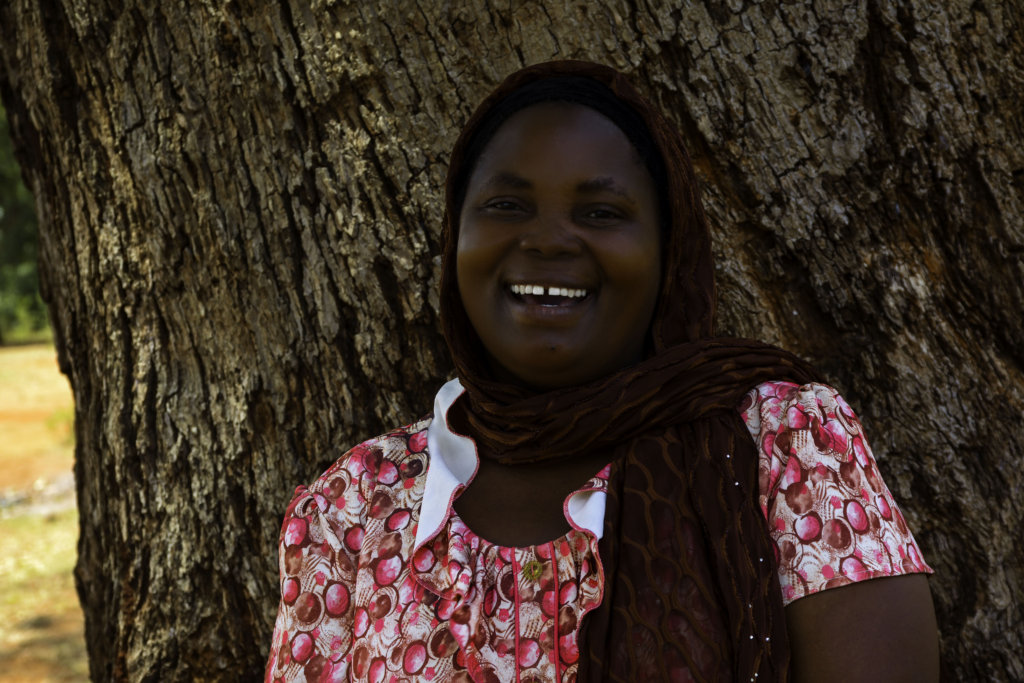 It takes a lot to fight abuse of women and girls in our community. We at UZIKWASA have learned that every man, woman and young person must join hands. It also needs strong leaders from government sectors, religious institutions and from schools to work together for a safe and violence free environment.

With your help UZIKWASA has brought a reflective leadership and gender justice training to every primary school in Pangani District. This high-impact four-day intervention has led to impressive progress among school committees specifically, and local leadership in general. Every school has now established a “safe system” for children to report violence and abuse without fear to trusted teachers who care to listen and who provide emotional support to the children as they tell their horrific stories of suffering.

Those teachers refer cases to the school committee who work with community leaders and police to make sure that perpetrators are brought to justice and children are protected from further abuse. Zubera is a teacher at Mwera Primary School. She participated in an UZIKWASA training on abuse and violence against children and she has this to say:

“Children used to be afraid to share their stories {about violence}, but now we know that if you are close to them and listen to them, they will tell you all about it. They even cry forcefully when they tell you {their stories}. We thank UZIKWASA for the support. We, as adults and teachers have decided to listen more closely to our children and discuss with them their stories.”

With your financial support, this year we could reach an impressive number of 2467 individuals in Pangani: 254 village and district leaders participated in reflective leadership trainings, 413 leaders from 14 villages received personal leadership coaching, and 178 leaders from six villages were assisted to develop and implement powerful action plans to fight gender violence in their respective village. Five school committees and District stakeholders, a total of 295 people, were trained and 1257 villagers attended community participatory theatre shows to engage  in a dialogue on gender violence and child abuse. Thousands were reached through film, comic books and interactive radio programs.

You need more convincing that our approaches work? Take a look at our recent publication: As we Speak…Community Conversations as Evidence of Social Change in Pangani, UZIKWASA 2017 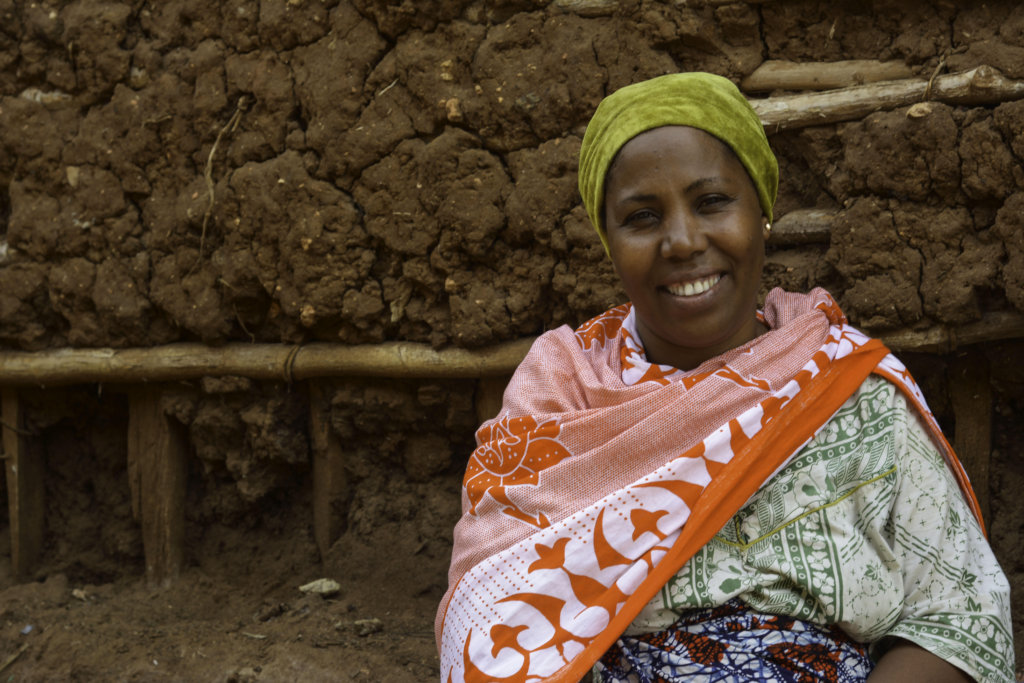 Violence and abuse among intimate partners is the most common form of gender violence in the world. Wives and female partners are abused in so many ways: emotionally, physically and economically. Pangani District is not different.

Shemsa is a young widow who participated in both our Reflective Leadership and Violence Against Women and Girls trainings. As a member in her village leadership coalition and as a woman and a mother, these trainings have been turning points in her life.

“I’m a mother and a widow. After the death of my husband, his family wanted to confiscate all the property that I owned with him, and only give me a little. After getting educated, I realized these are the ways of the past, and today women have rights. I thank UZIKWASA for taking me from the dark and showing me the light. UZIKWASA gave me a way to see how to secure my rights. Now my home, businesses and properties have returned to my hands. I’m very thankful for UZIKWASA.”

With your help Shemsa and other women in Pangani continue to be empowered to claim their rights as they develop new confidence in their ability to take control of their own lives.

Take a look at our video spots about economic violence , sexual violence, oppression and humiliation.