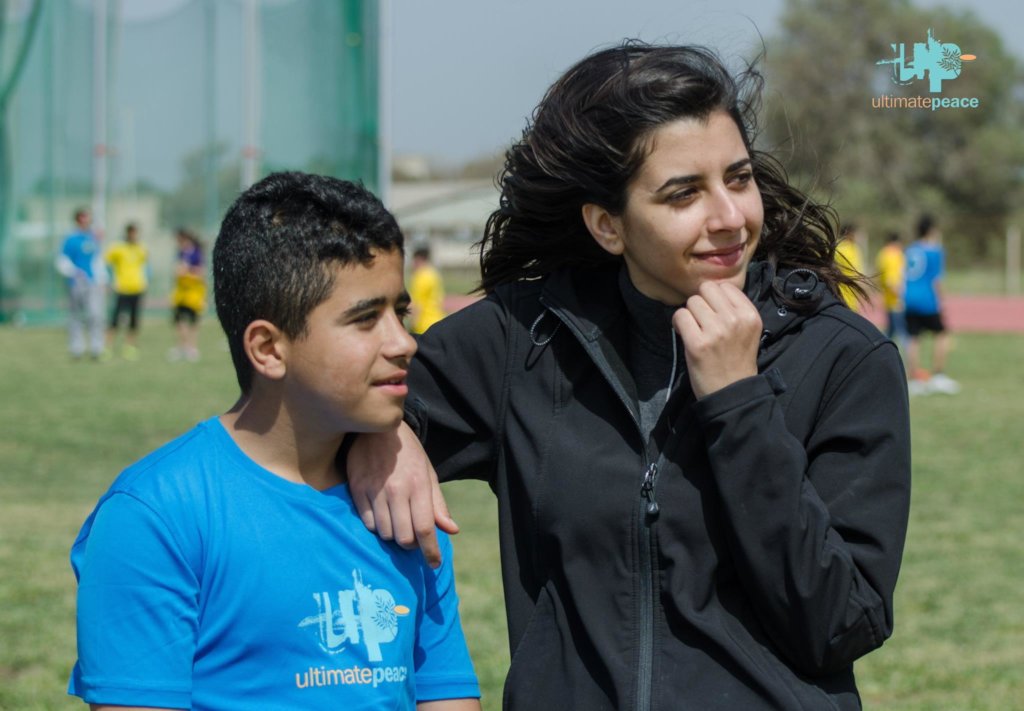 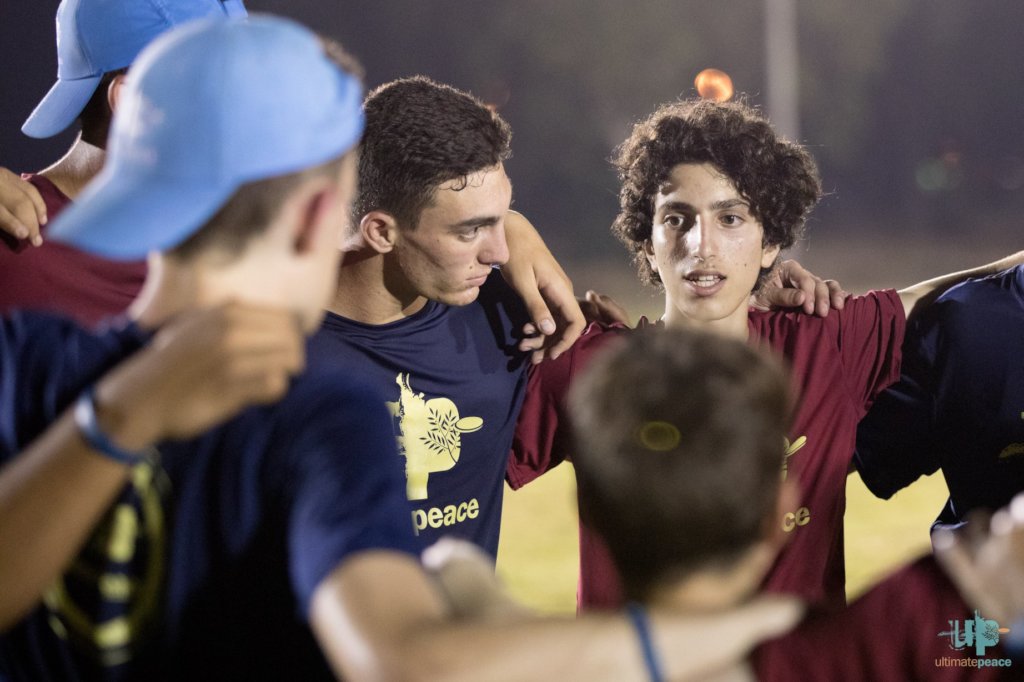 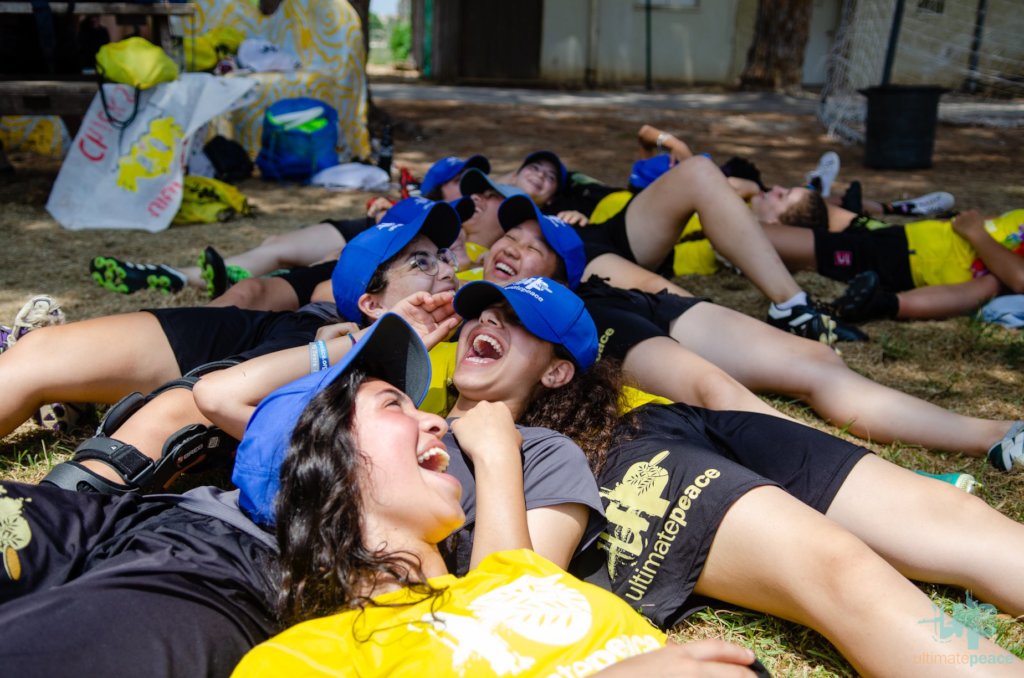 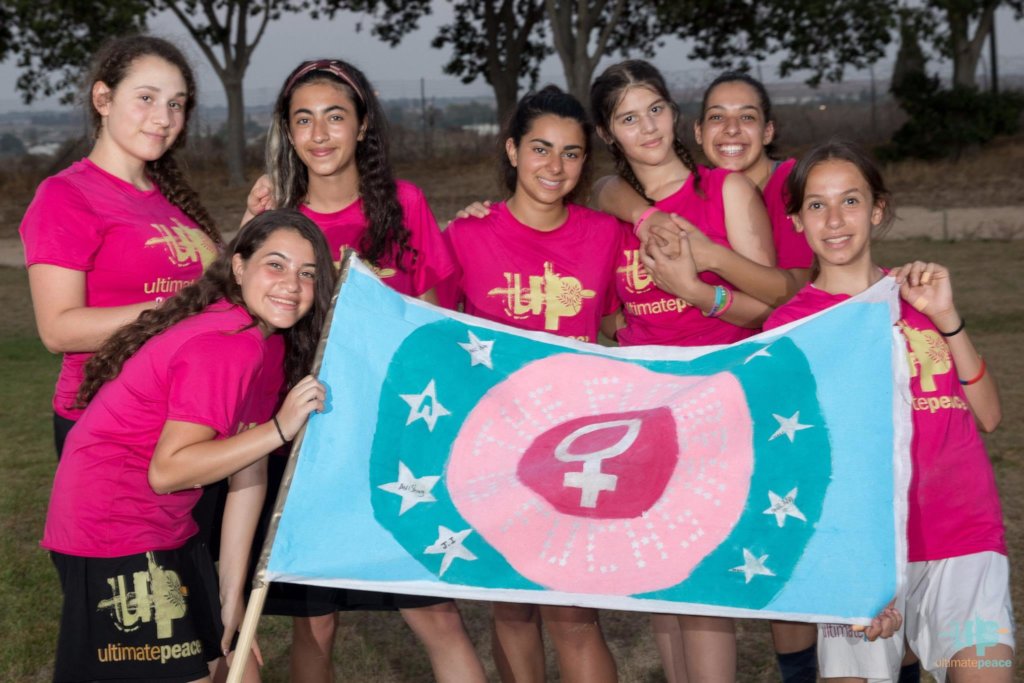 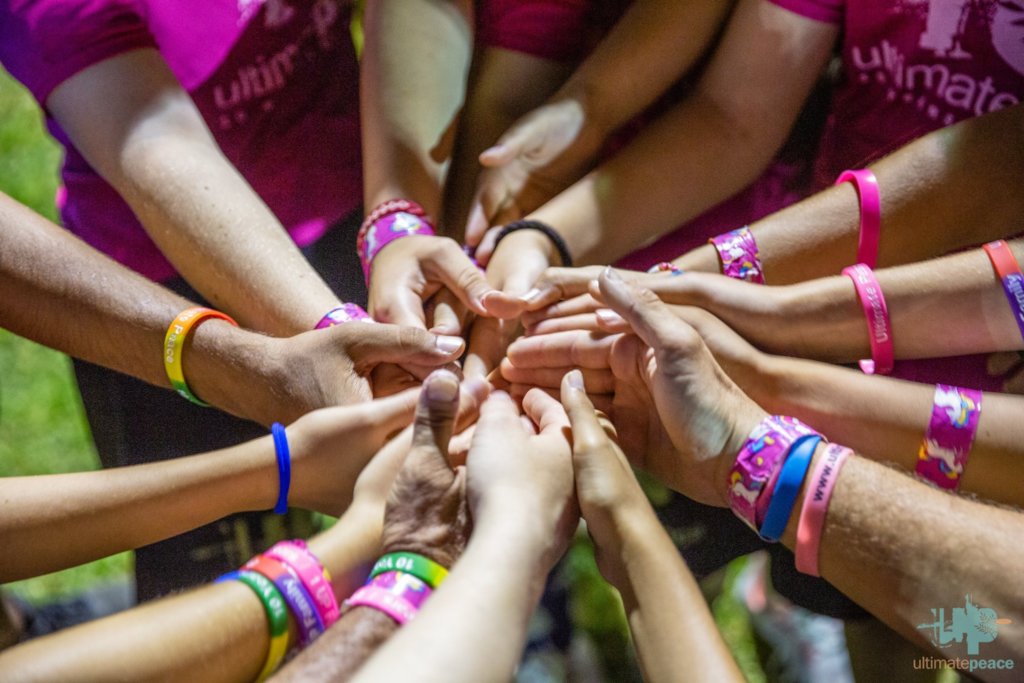 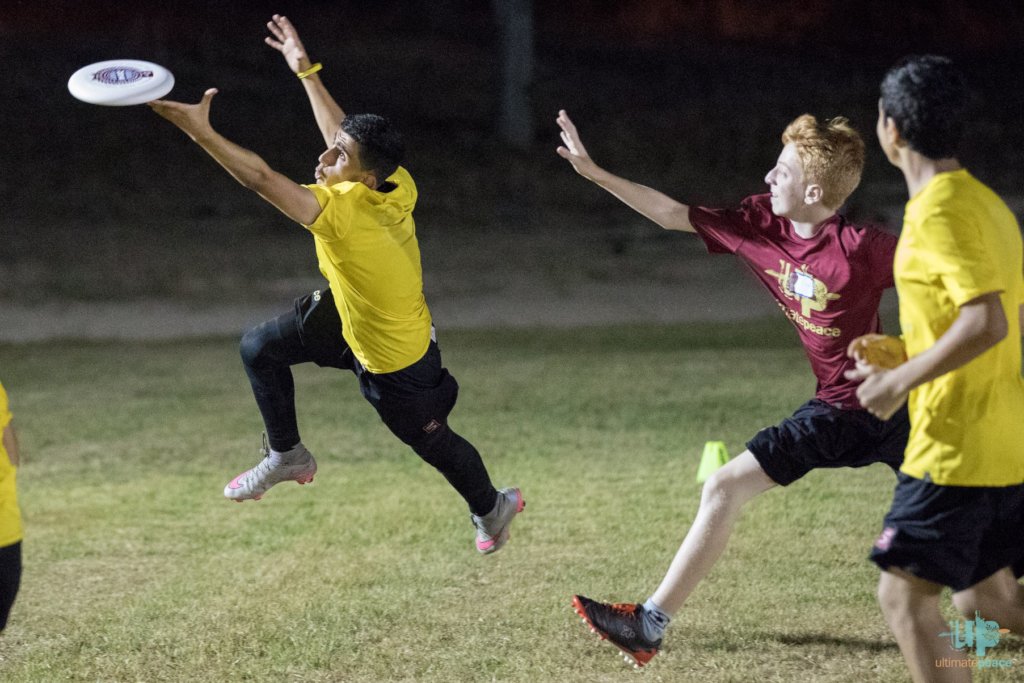 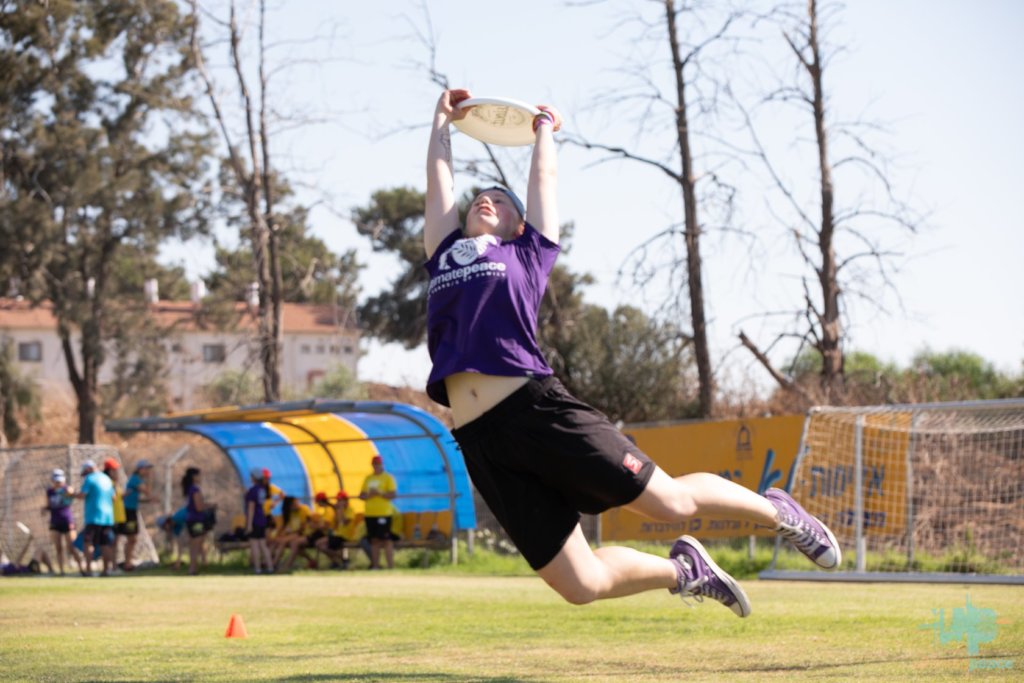 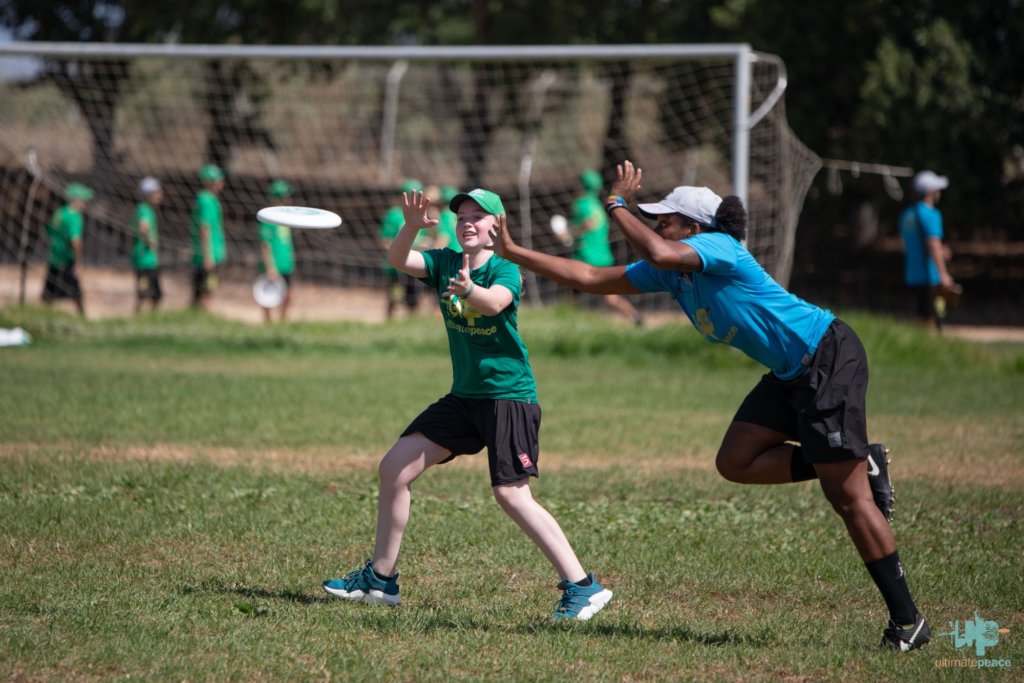 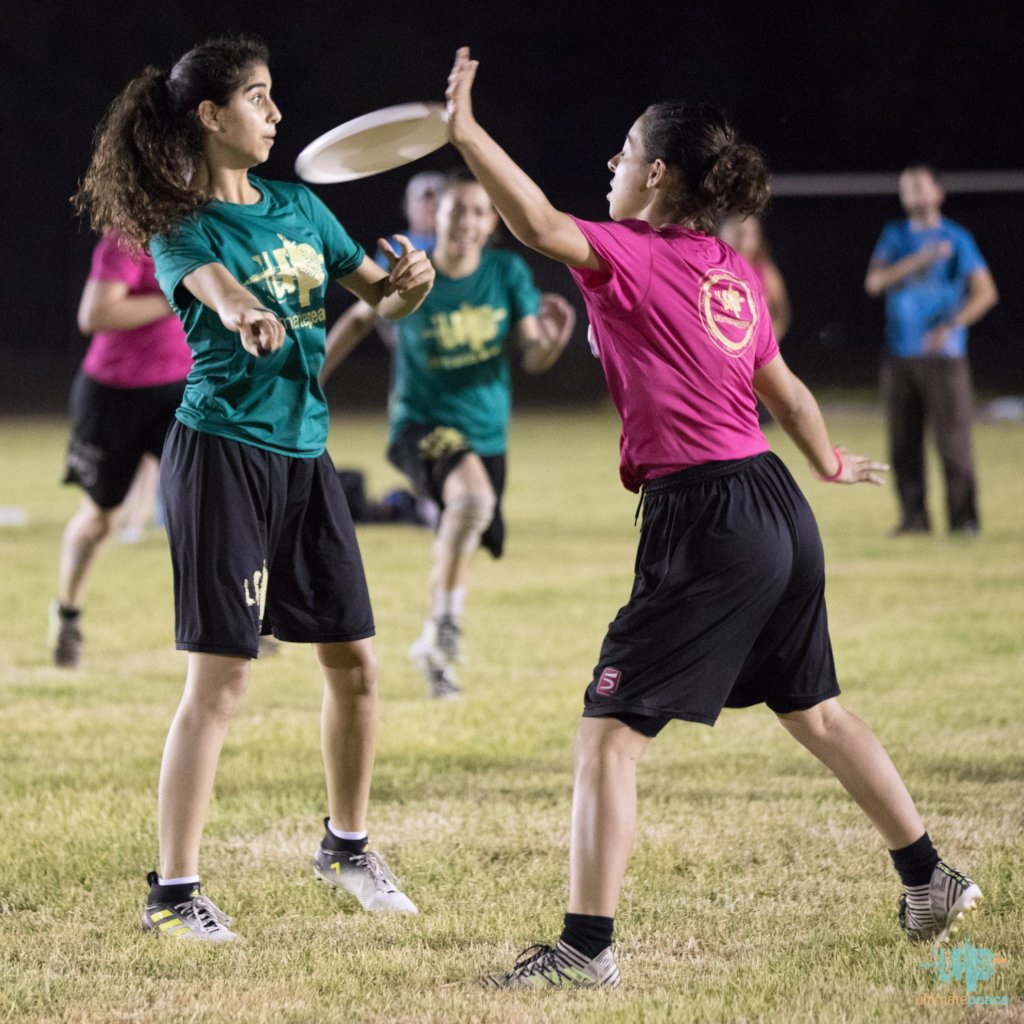 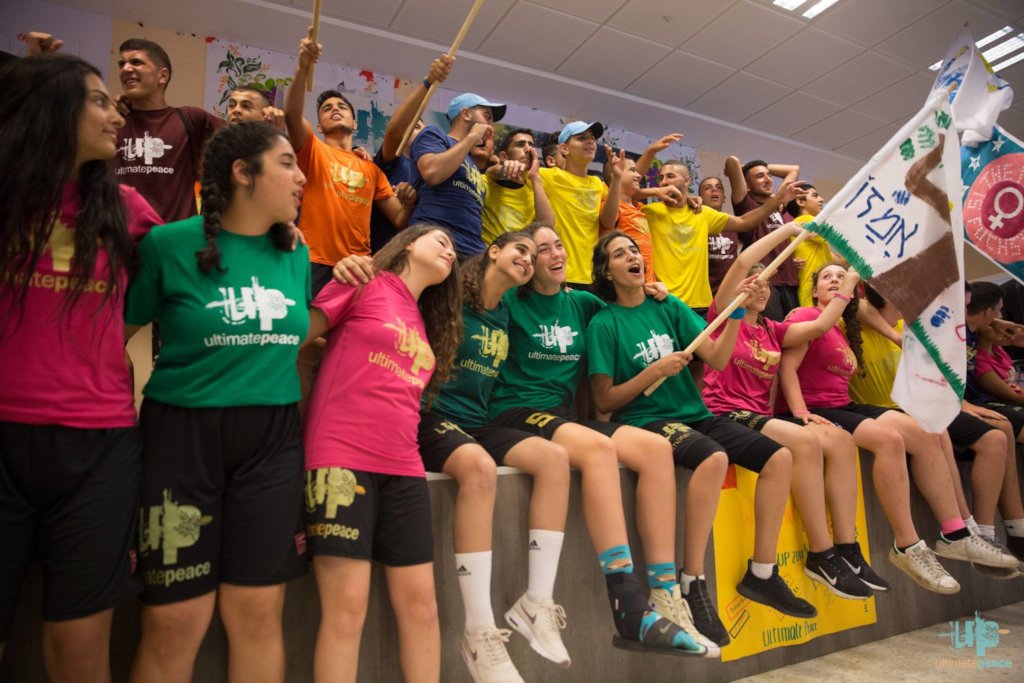 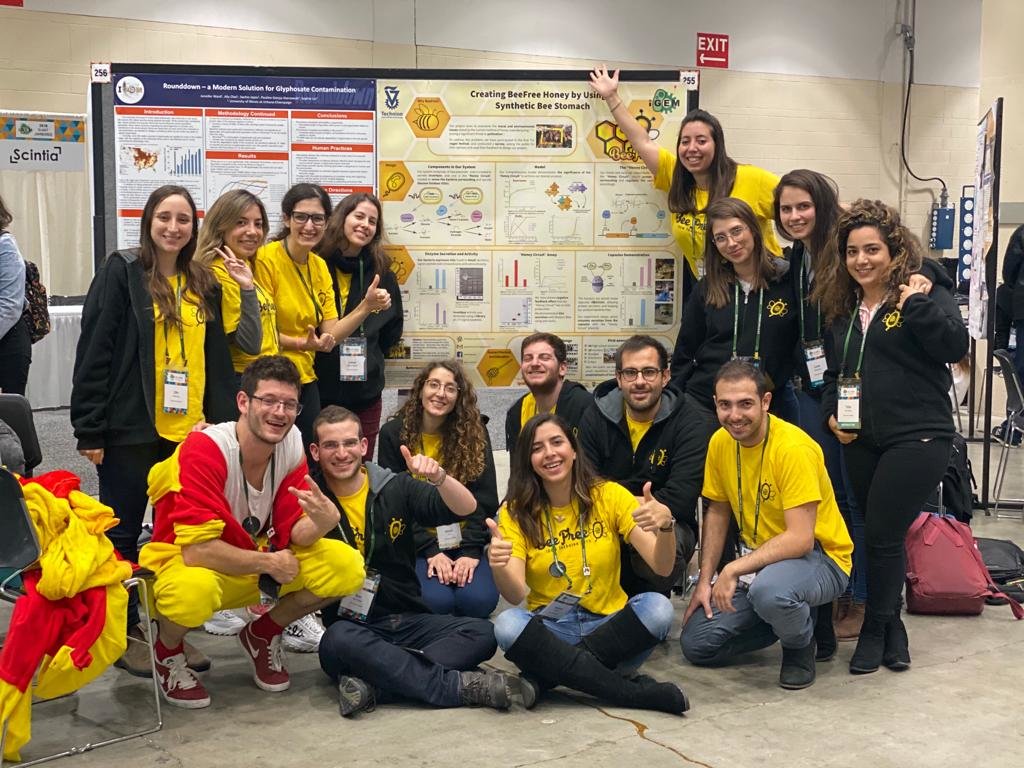 Ultimate Peace (UP) is a groundbreaking leadership program, annually uniting 400 Arab and Jewish youth in the Middle East. Playing the self-officiated sport of Ultimate Frisbee, teens compete, resolve disputes, build trust, and bond. As young adults, program graduates like Zeinat, a 22-year-old M.D./Ph.D. Technion student, apply UP values daily. Seeing her Arab and Jewish classmates segregated, Zeinat ignited a unifying movement. As she said: "I know better from growing up in UP". More below!

There is increasing stratification, tension and mistrust between and among Arabs, Jews, and Palestinians who reside in Israel. Youth from these cultural groups rarely have the chance to interact in a meaningful or positive way. This perpetuates an unhealthy cycle of social isolation, in which prejudice, fear, and division are prevalent. Given the vast cultural/religious/social differences, sustainable peace is dependent on deep trusting relationships between people. That is our mission.

When youth from different cultures find themselves in a positive, inclusive community, they are intrigued. Instead of being afraid, they gladly explore what has been closed off. Youth let go of negative narratives they have been taught. They reach out to strangers with curiosity, compassion, and genuine humanity, often forging deep understanding and lasting friendships. Like Zeinat, many other UP graduates are changing their world - in the workplace, military, communities. We envision thousands!

IMPACT! Zeinat didn't accept Arab and Jewish students sitting on opposite sides of her university classroom and busses during field trips. One day she got up and crossed the invisible threshold - Zeinat introduced herself in Hebrew to a Jewish student and sat down. First there was shock, then action: Ramadan dinner at her home and Lag B'omer celebration at a Jewish student's home, attended by all classmates; Gold medal in Boston for a class invention; Arab/Jewish dialogue group; What's next?

Project Leader:
Karym Barhoum
En Rafa, Israel
$21,602 raised of $60,000 goal
You last donated to this project on
447 donations
$38,398 to go
* Amounts in US Dollars
Donate Now
Donate once
Donate monthly
$50
USD
Purchases 6 frisbee discs for use at camp
›
$125
USD
Pays for one youth to participate in the Ultimate Peace year-round program (community team, cross-cultural league, tournaments)
›
$250
USD
Buys uniforms and discs for one community team
›
$500
USD
Sends one youth to week-long overnight camp
›
$1,000
USD
Provides funds for one youth to participate in 9-month Youth Leadership Program (Leaders-in-Training)
›
$5,000
USD
Pays for one community team to attend week-long overnight camp
›
$10,000
USD
Pays for a used vehicle to transport youth teams to other communities for cross-cultural experiences
›

Make a monthly donation & get matched today at 100% while funds remain. Terms and conditions apply.
Give the gift of stability in a time of instability. Set up an automatic, monthly gift now and get matched at 100%—because the COVID-19 pandemic has hurt us all, and it will take all of us to overcome it. Terms and conditions apply.
Monthly giving is as easy, safe, and as inexpensive as a Netflix subscription. Start a monthly donation to Ultimate Peace, INC. today and get matched at 100%. Terms and conditions apply.
$50
USD
monthly
Purchases 6 frisbee discs for use at camp
›
$125
USD
monthly
Pays for one youth to participate in the Ultimate Peace year-round program (community team, cross-cultural league, tournaments)
›
$250
USD
monthly
Buys uniforms and discs for one community team
›
$500
USD
monthly
Sends one youth to week-long overnight camp
›
$1,000
USD
monthly
Provides funds for one youth to participate in 9-month Youth Leadership Program (Leaders-in-Training)
›
$5,000
USD
monthly
Pays for one community team to attend week-long overnight camp
›
$10,000
USD
monthly
Pays for a used vehicle to transport youth teams to other communities for cross-cultural experiences
›

Donating through GlobalGiving is safe, secure, and easy with many payment options to choose from. View other ways to donate
Ultimate Peace, INC. has earned this recognition on GlobalGiving:

GlobalGiving
Guarantee
Donate https://www.globalgiving.org/dy/cart/view/gg.html?cmd=addItem&projid=43734&rf=microdata&frequency=ONCE&amount=25
Please Note
WARNING: Javascript is currently disabled or is not available in your browser. GlobalGiving makes extensive use of Javascript and will not function properly with Javascript disabled. Please enable Javascript and refresh this page.