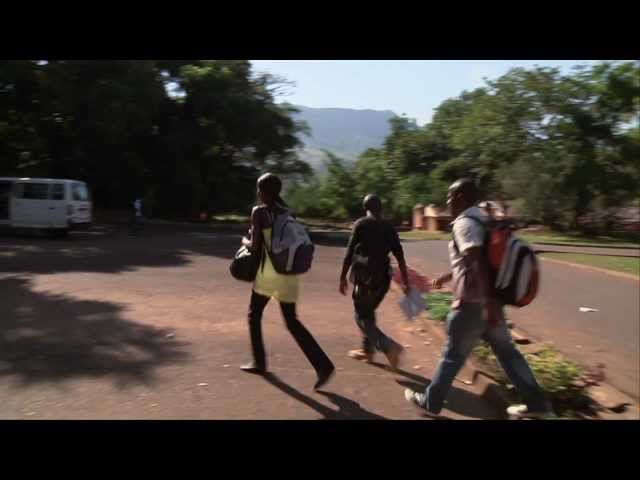 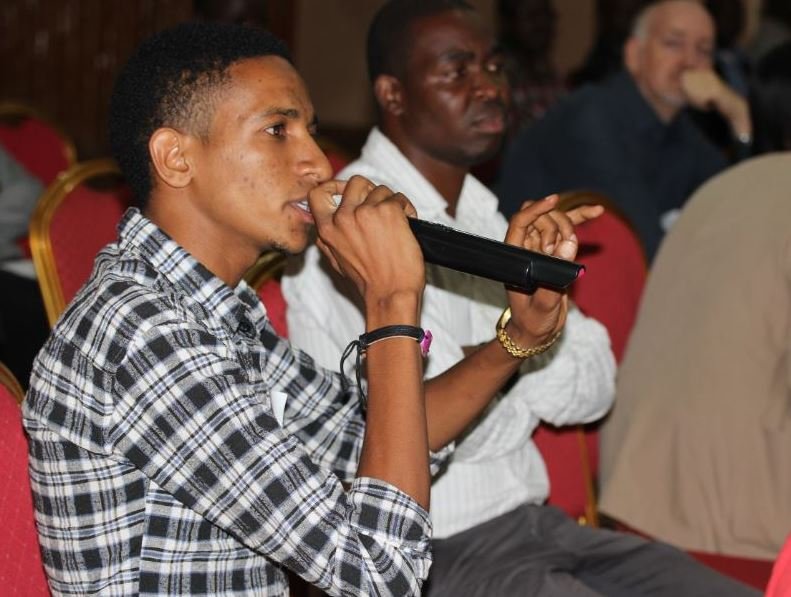 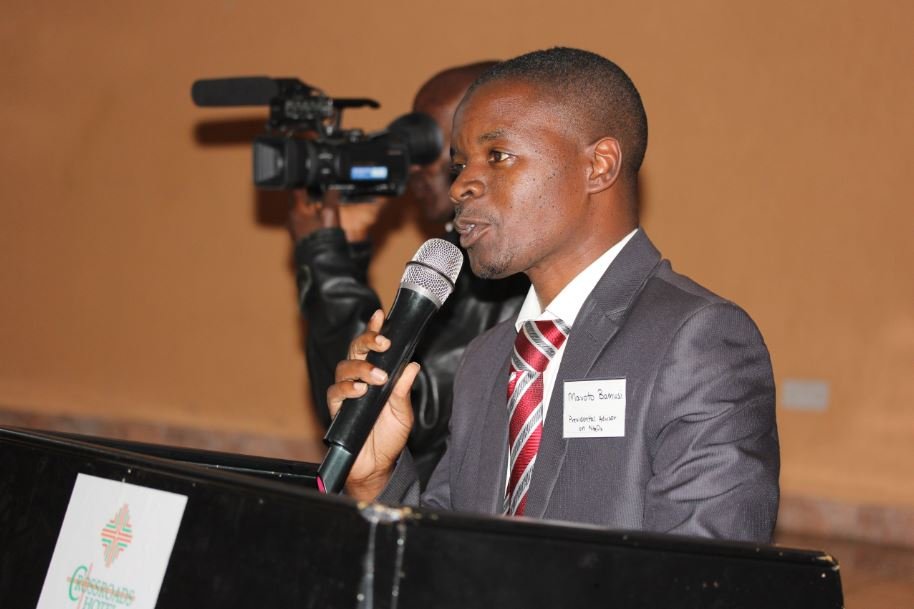 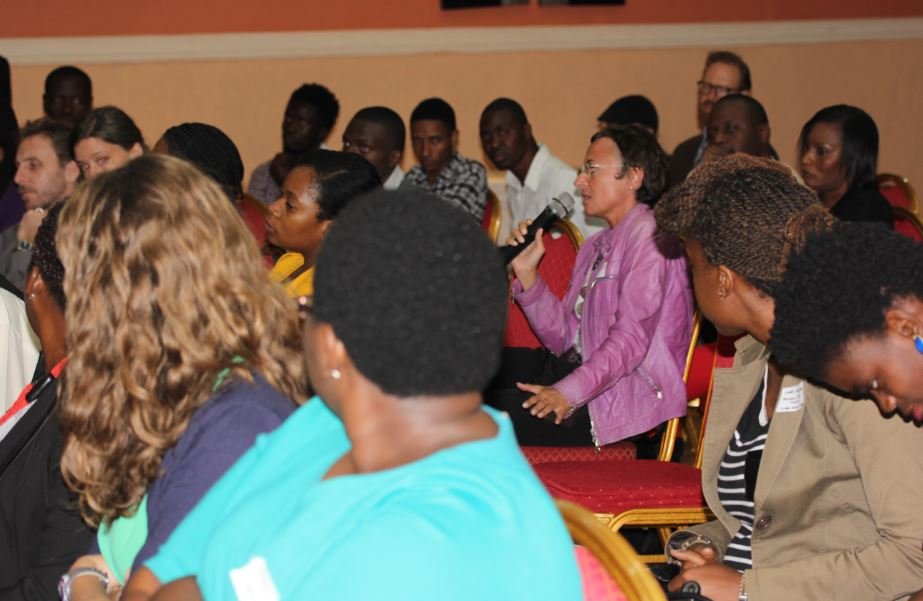 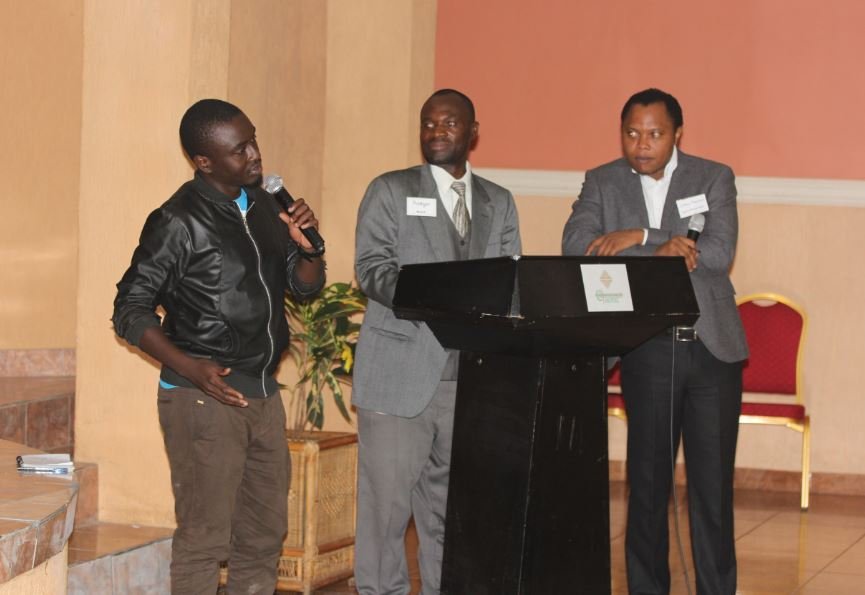 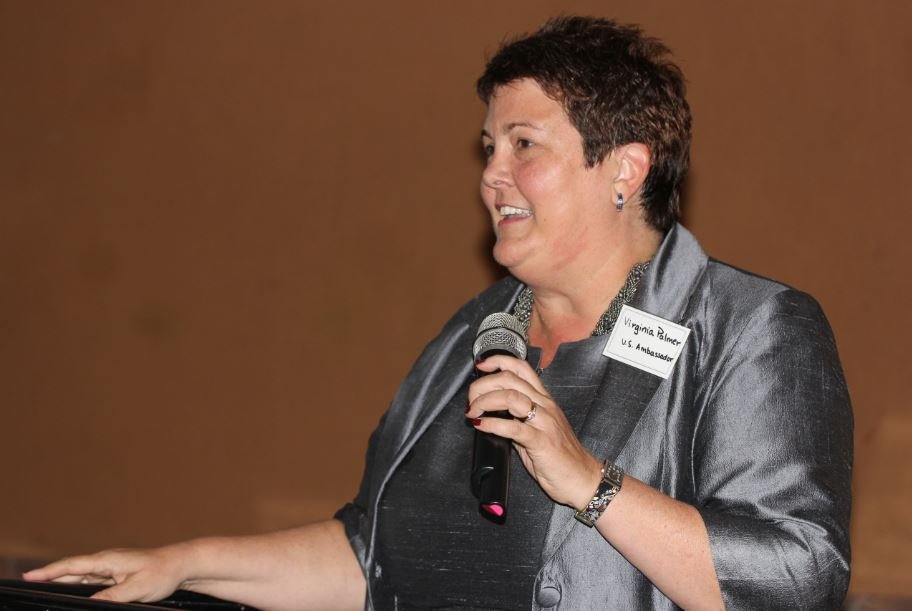 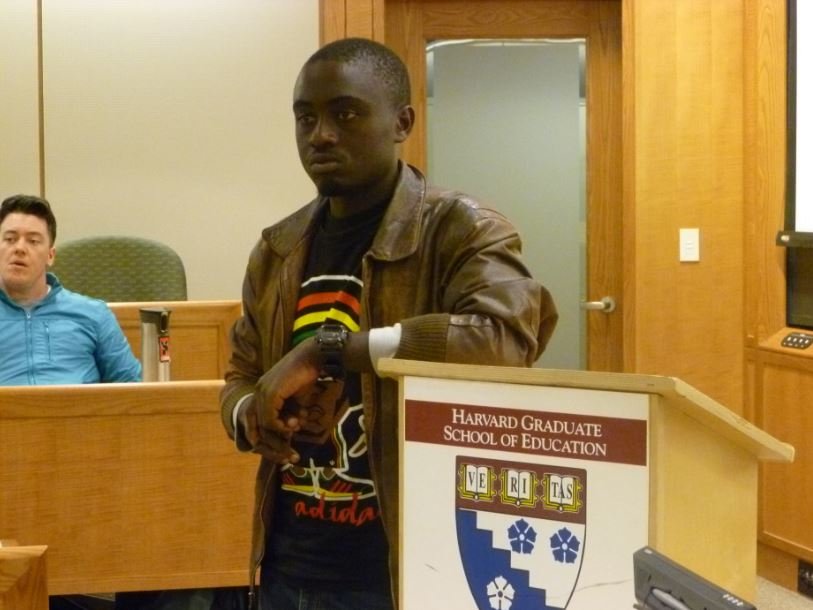 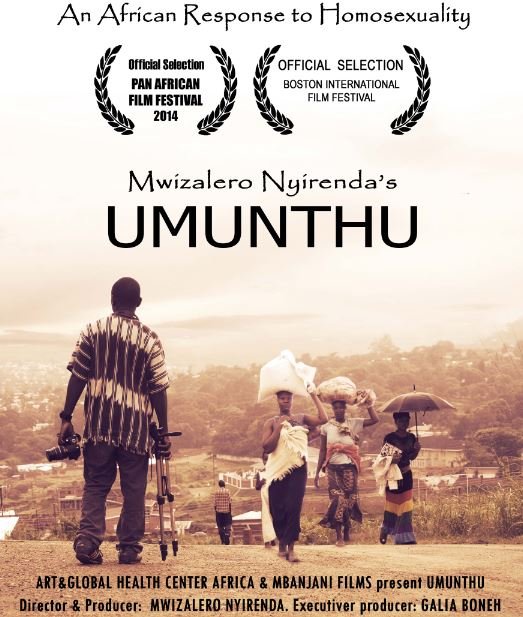 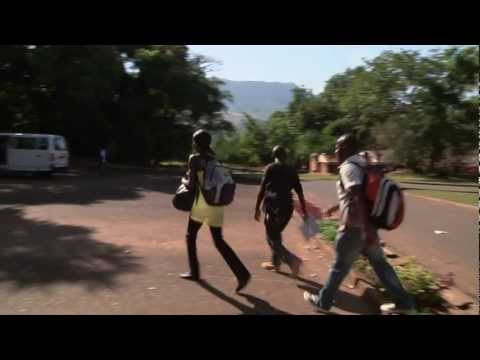 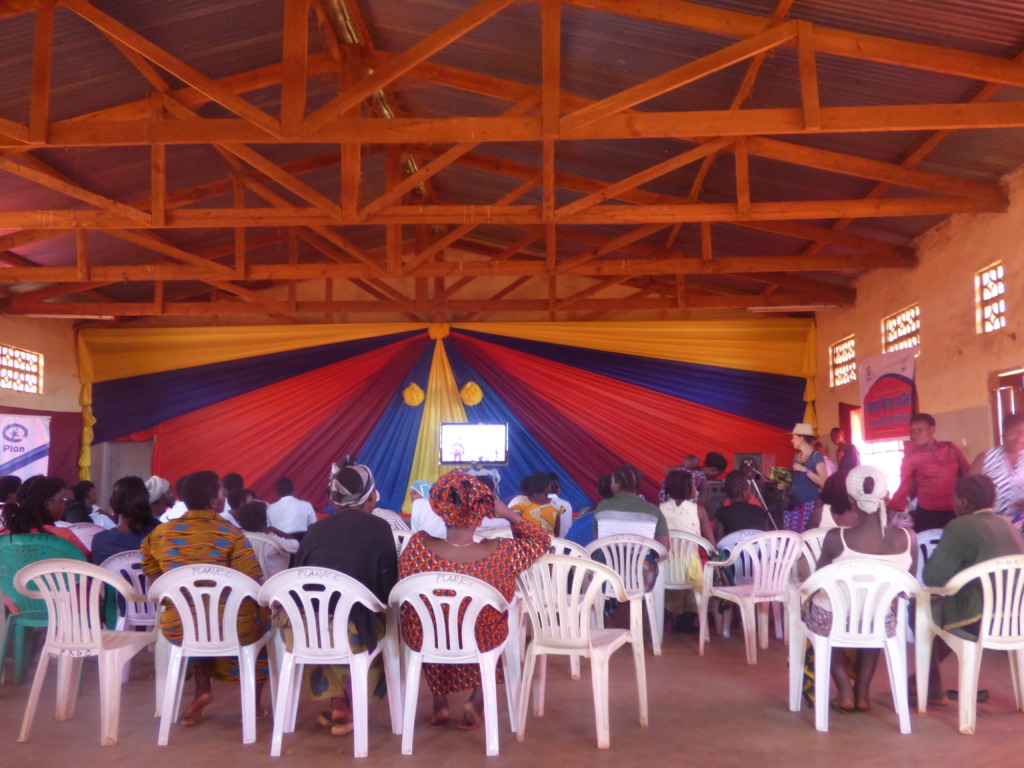 “Malawians, we agree that Umunthu is tolerance. So let’s find an amicable situation where we can tolerate on the lesbian and gay issues. I think that’s all I can comment.”

We recently finished up a string of screenings and discussions of the documentary UMUNTHU: An African Response to Homosexuality. UMUNTHU is a film which considers LGBTI issues in Malawi through the lens of Umunthu. A Southern African philosophy that translates to “I Am Because We Are,” Umunthu emphasizes the interconnectedness of all people.

Art and Global Health Center Africa (AGHCA) hosted the film at the Zomba Arts Festival, with Umunthu filmmaker Mwizalero Nyirenda introducing it as the feature film. We also organized the film festival portion at the Tumaini Arts Festival in Dzaleka Refugee Camp, where we showcased Umunthu.

Currently, we are partnering with the University of Malawi to conduct research on the social climate for LGBTI students in institutions of higher education. The study is part of a larger international study on LGBTI issues in higher education. We have screened Umunthu at the four campuses of the University of Malawi, hosting focus group discussions and collecting surveys following the viewing to assess students, faculty and administrations’ knowledge, attitudes, beliefs and practices of LGBTI issues on campus. This research will be used to identify the gaps, needs and possibilities for improving the institutional and social climate for LGBTI students at the University of Malawi.

In the focus groups, students recognized sexual identity as a human rights issue. One viewer said the film was only “the tip of an iceberg” and “how much work there [is] to do to help these gay/lesbian people to accomplish their rights.” Another person was amazed to see Malawians speak positively about LGBTI persons, having only heard people criticize and discriminate against them. Students in our focus groups requested more research into the stigma faced by LGBTI people so that more Malawians can understand the magnitude of the issue.

Addressing discrimination against LGBTI persons in Malawi is a challenging, but rewarding endeavor. We could not do this work without your generous support. We hope you will continue to follow our organization’s fight for human rights for all in Malawi.

I Am Because We Are 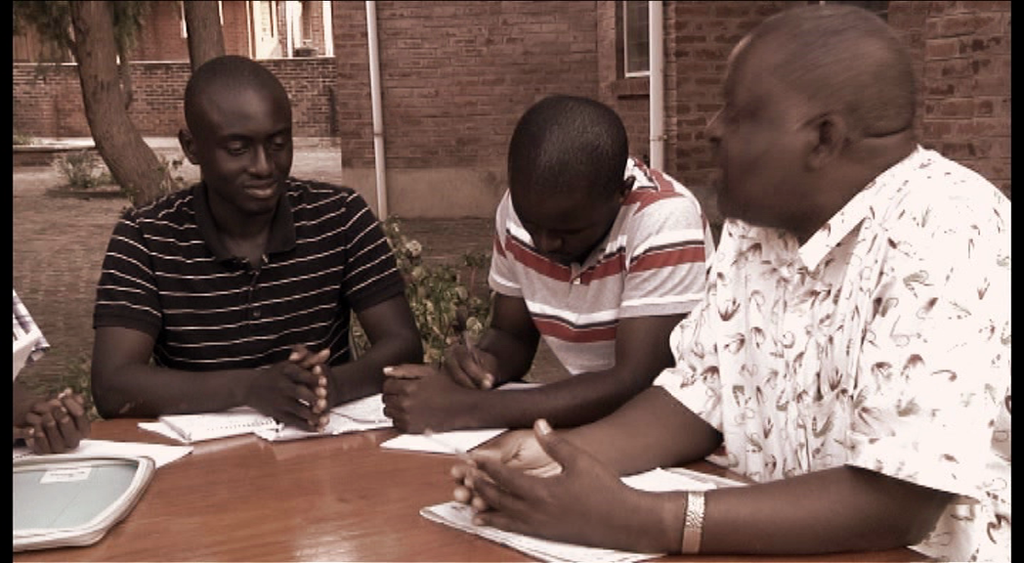 Many Malawians believe homosexuality does not exist in Malawi. It is not Malawian. It is condemned as sinful and often seen as a Western “concept” rather than an inherent identity. Within this environment, people who identify as LGBTI or their allies face discrimination and violence.

With your help, Art and Global Health Center Africa (AGHCA) is creating a safe platform to discuss LGBTI issues in Malawi. We apply the Bantu philosophy of Umunthu, which celebrates the interconnectedness of humanity and is often defined in the phrase, “I am because we are,” to LGBTI rights in Malawi. This concept is explored in Umunthu: An African Response to Homosexuality, a documentary by a young Malawian filmmaker that unpacks the controversy surrounding homosexuality in Malawi and investigates the interplay of politics and culture in a local context.

In the past three months, AGHCA has hosted six screenings and discussions of the film, including at the 2015 International Short Film Festival in Malawi, where the Umunthu film won the audience award. Attendees of these six screenings and discussions included students, government officials, UN Mission members, media, and the Malawian LGBTI community. The discussions with the audience members after the film are open spaces that allow a genuinely African response to the topic of homosexuality in Malawi.

Some discussion comments reflected the hostile environment towards LGBTI persons in Malawi. These homophobic and discriminatory attitudes were challenged in every discussion by outspoken and brave individuals advocating for tolerance and co-existence. One anonymous attendee at a university screening argued that people’s sexuality “is a private matter between individuals,” a sentiment which was repeated in multiple discussions. As one film attendee expressed during a discussion attended by religious leaders, human rights activists, and Malawian parliament delegates, “No matter how different [homosexuality] may be from my views, I’m trying to practice Umunthu.”

In a country where LGBTI people are denied their existence, much less their right to love whom they choose, AGHA has encouraged discussion and reflection around the issue and enabled people to speak up for LGBTI rights. We are proud of our progress and grateful to you, our invaluable supporters, for making our work on this critical issue possible. Thank you for your ongoing support! 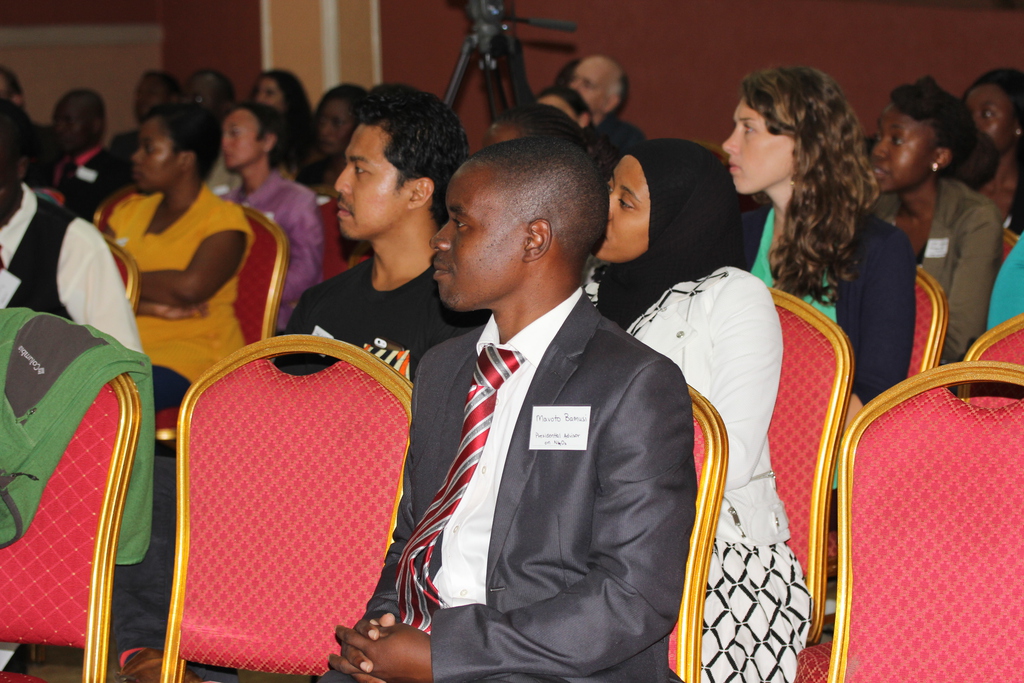 Discussion participants at a screening in Lilongwe

Support another project run by Art & Global Health Center Africa that needs your help, such as: 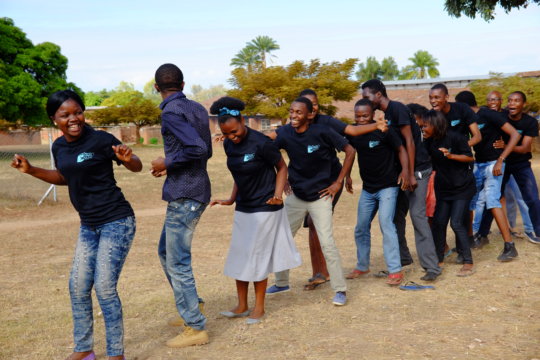 Nurture and Inspire 20 Youth Leaders in Malawi
Find a Project

GlobalGiving
Guarantee
Donate https://www.globalgiving.org/dy/cart/view/gg.html?cmd=addItem&projid=20489&rf=microdata&frequency=ONCE&amount=25
Please Note
WARNING: Javascript is currently disabled or is not available in your browser. GlobalGiving makes extensive use of Javascript and will not function properly with Javascript disabled. Please enable Javascript and refresh this page.