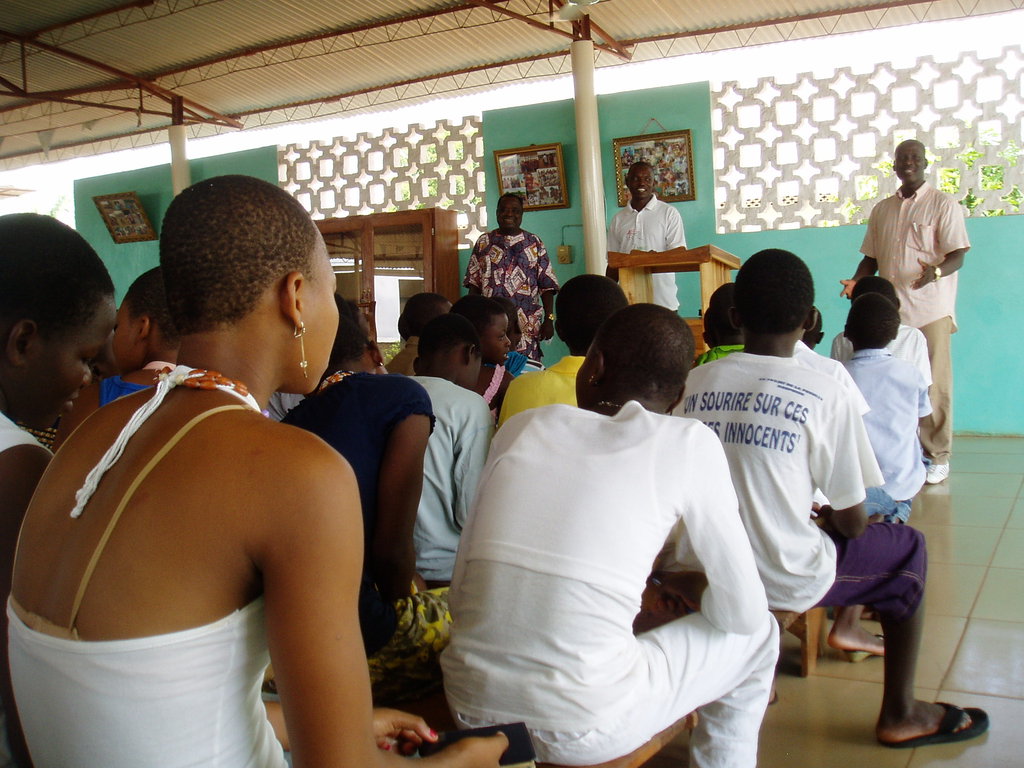 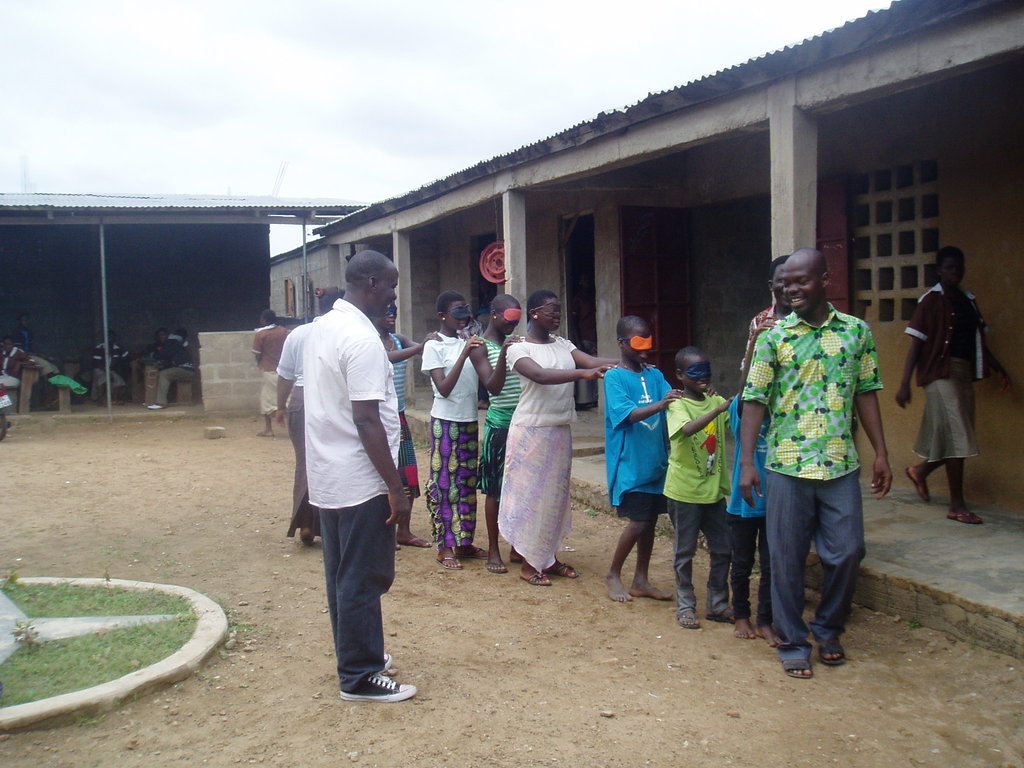 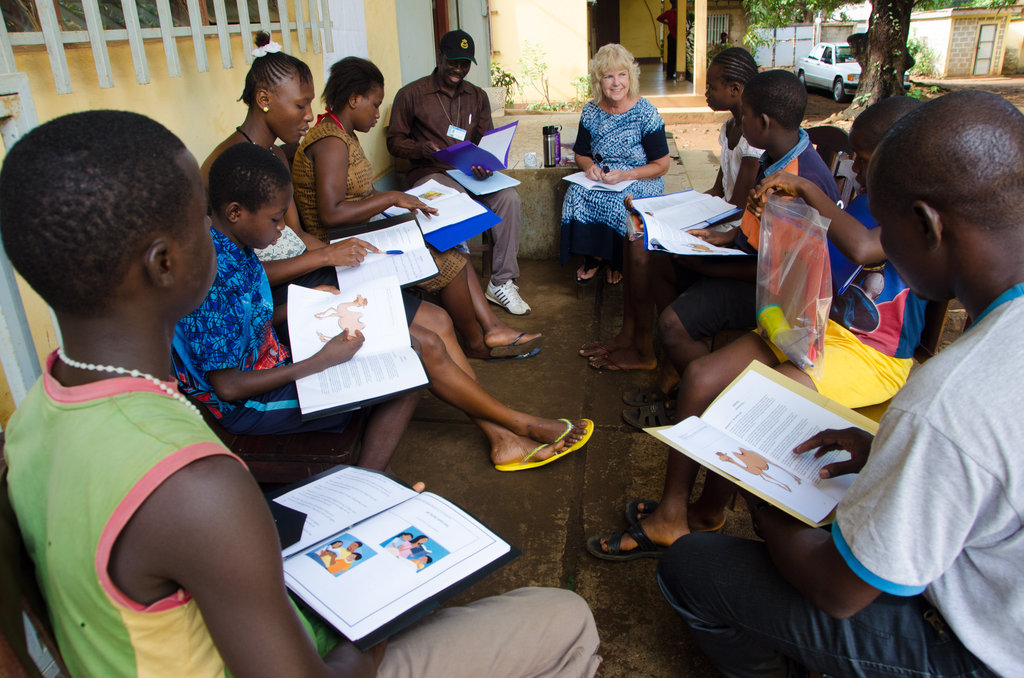 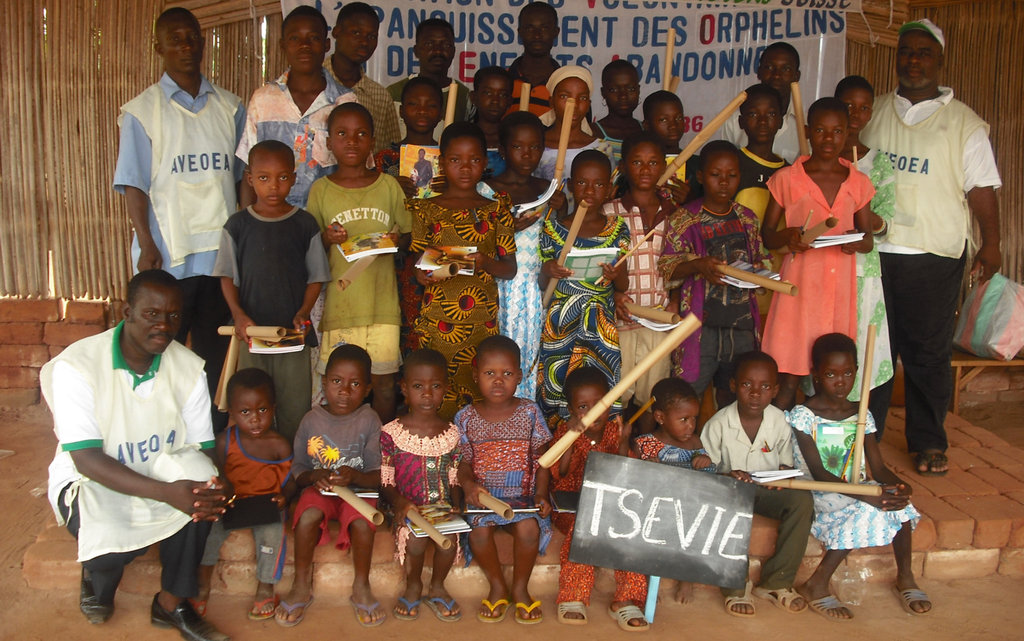 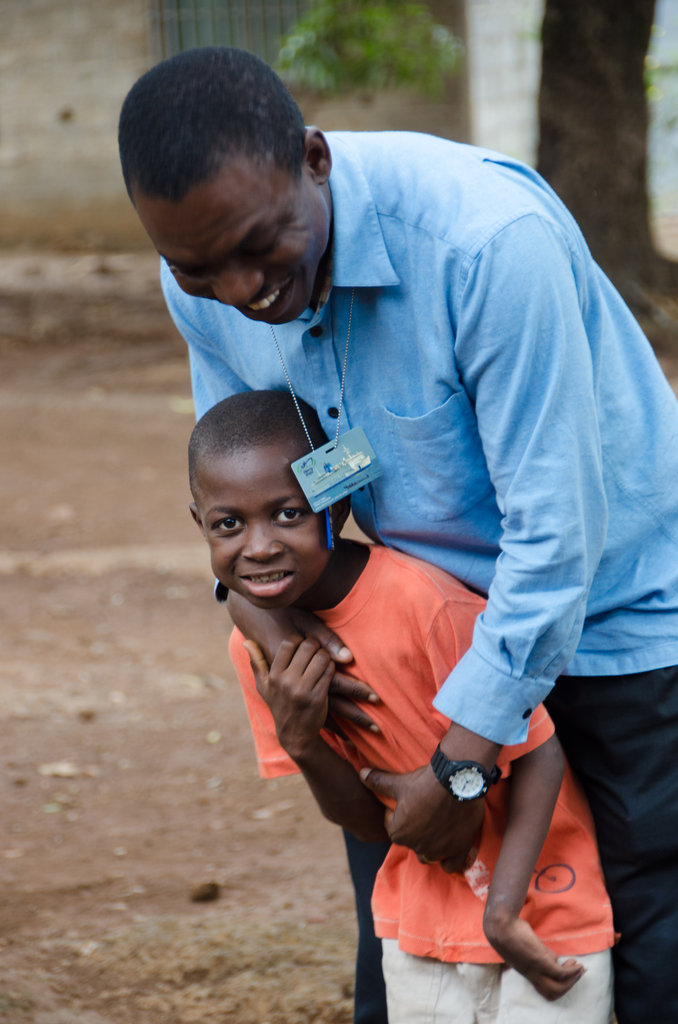 More Than We Asked! 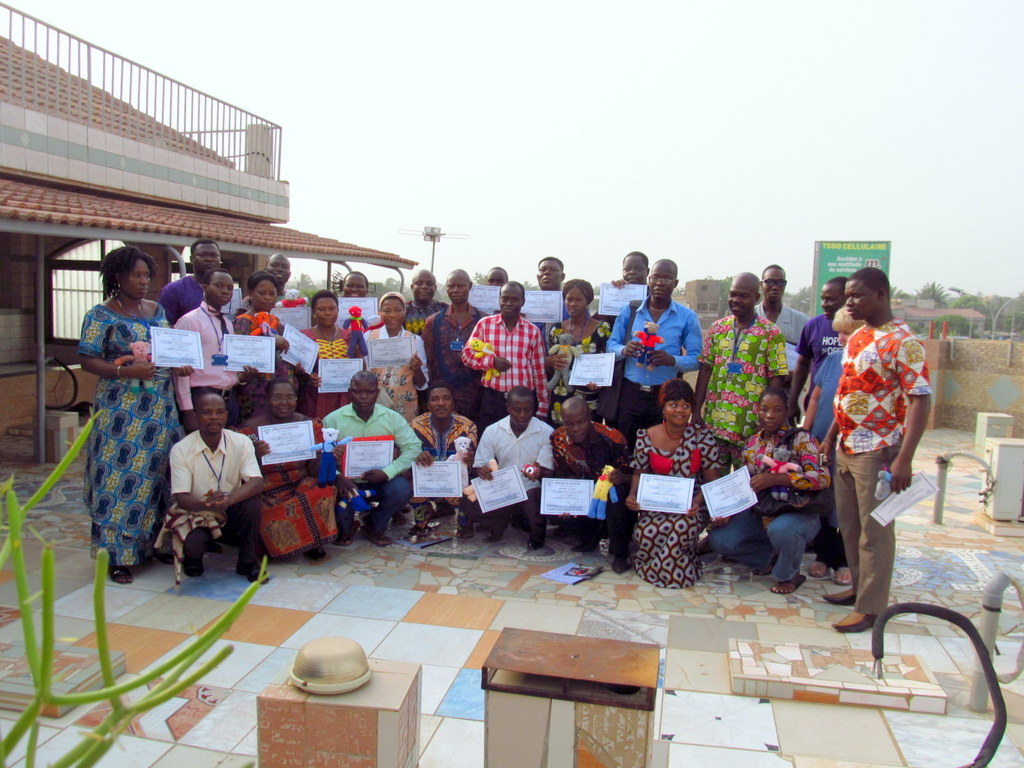 Through this training, participants learn the concept of whole person care - providing healing for body, soul, spirit, and social relationships. They gain increased awareness of the causes and symptoms of mental illness and/or emotional trauma, and are equipped for basic assessment, counseling, and referral.

In Benin, our group of 38 orphanage workers were collectively responsible for nearly 1,200 children! That’s a lot of lives impacted through just that one workshop!

Thank you for investing in these mental health programs. 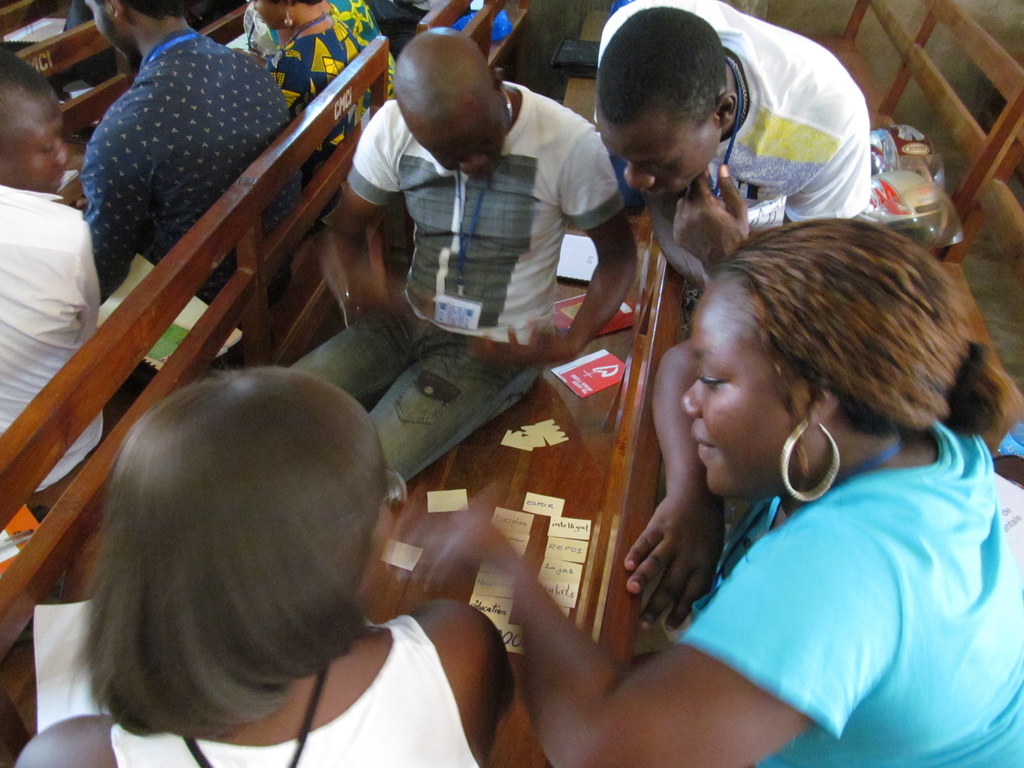 Working on a Group Activity 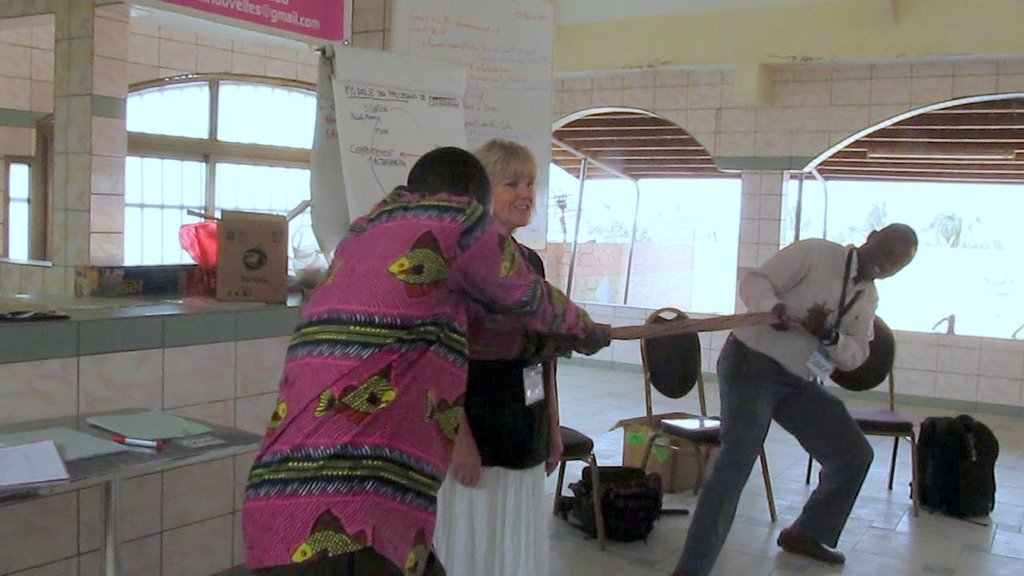 A Lesson on Conflict 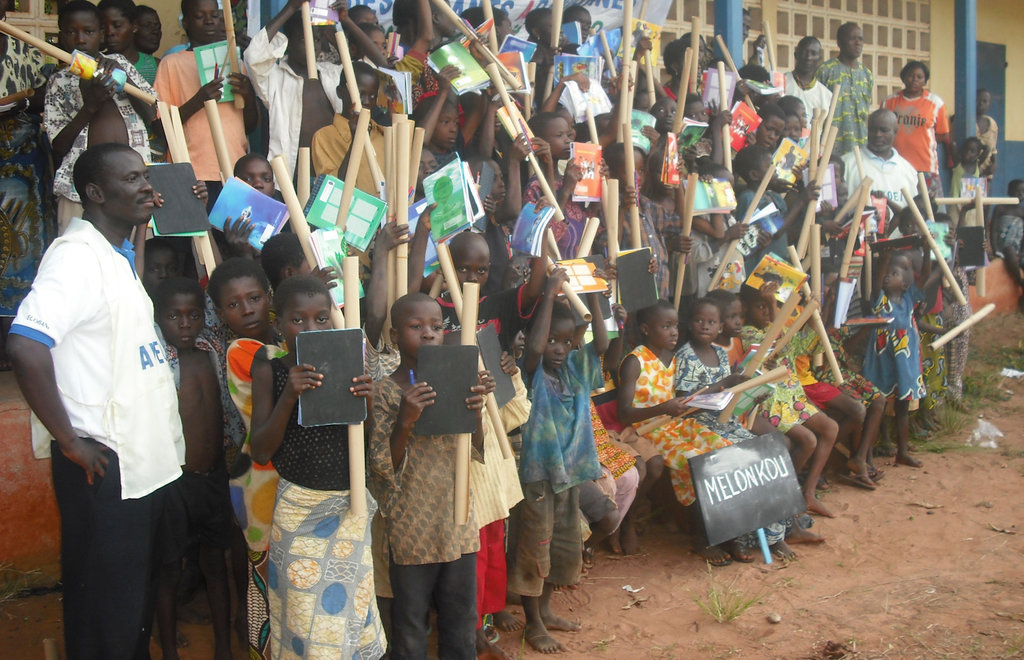 Pastor Samuel with children who will benefit

Thank you for supporting training for orphanage workers in Togo. The initial training sessions will take place January 14-16, 2015.

Tributaries International is collaborating with Mercy Ships, which has provided funding for the project, along with training for other care providers in Togo and Benin. The support you’ve provided through GlobalGiving will be used to pay our local in-country training facilitators who do the work.

The Mercy Ships Mental Health Program has been active in Togo since 2010, training health care workers, social workers, teachers, church leaders and other care providers – but this is the first time orphanage workers have been included.

Training will be provided for 30 orphanage care workers and is expected to impact 1,000-1,500 children. Providing additional skills in general child development, trauma healing, health and hygiene, and government policies will not only assist the children, but will also make it possible for these homes to receive government funding since they are receiving training in the proper care of children.

Thank you for support for this important training!

P.S. We have more training activities scheduled for 2015 in West and Central Africa, and in Central Asia. Check our web site for more information. 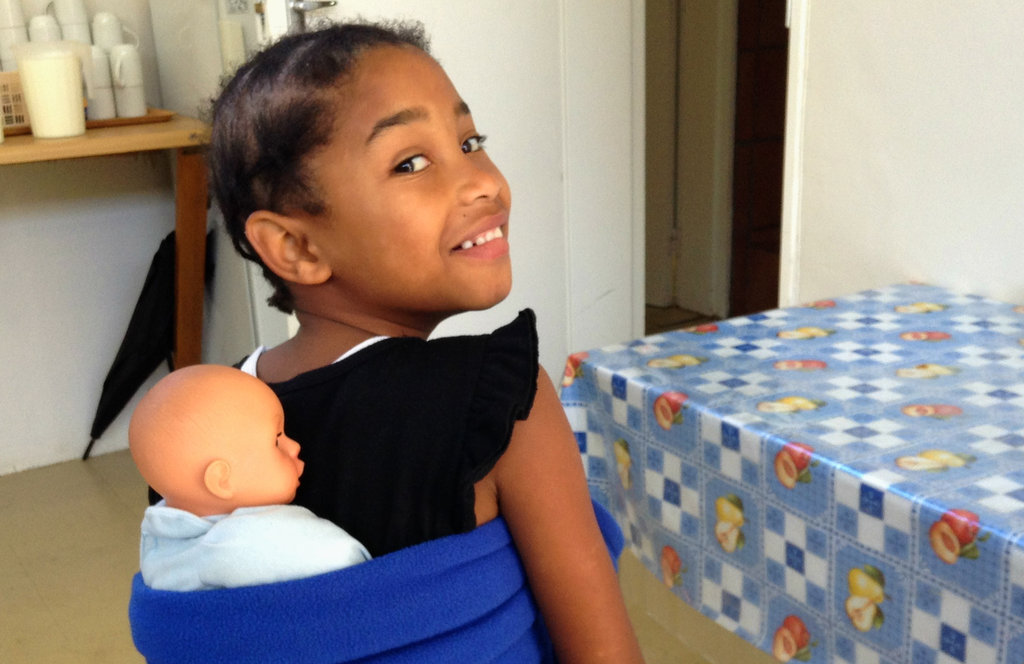 Children learn what they see

Thank you for supporting training for child welfare workers in Togo. The caregiver training helps workers recognize and respond to emtional trauma in the children under their care.

Dr. Lyn Westman, the Mental Health Program Consultant for Tributaries International and Mercy Ships, emphasized the critical need for caregiver training. Dr. Westman says that a holistic approach must include caregiver training to improve the lives of orphans.

"If you heal trauma in the children, but don't alter the modeling and care provided by orphanage workers, you have only addressed past trauma, and may miss current trauma." Dr. Westman explains, "Many of these workers have good intentions for child care, but unhealthy cultural practices and behavior learned from their own parents may contribute to inadequate nurturing. In almost every training for service providers, a few participants state that as a result of the training, they will no longer beat their children."

Pastor Samuel is certified as a Master facilitator for adults and children through the Mercy Ships Mental Health Program, and also through the American Bible Society Trauma Healing Institute. He has provided training to church and community leaders in Togo and other West African nations. 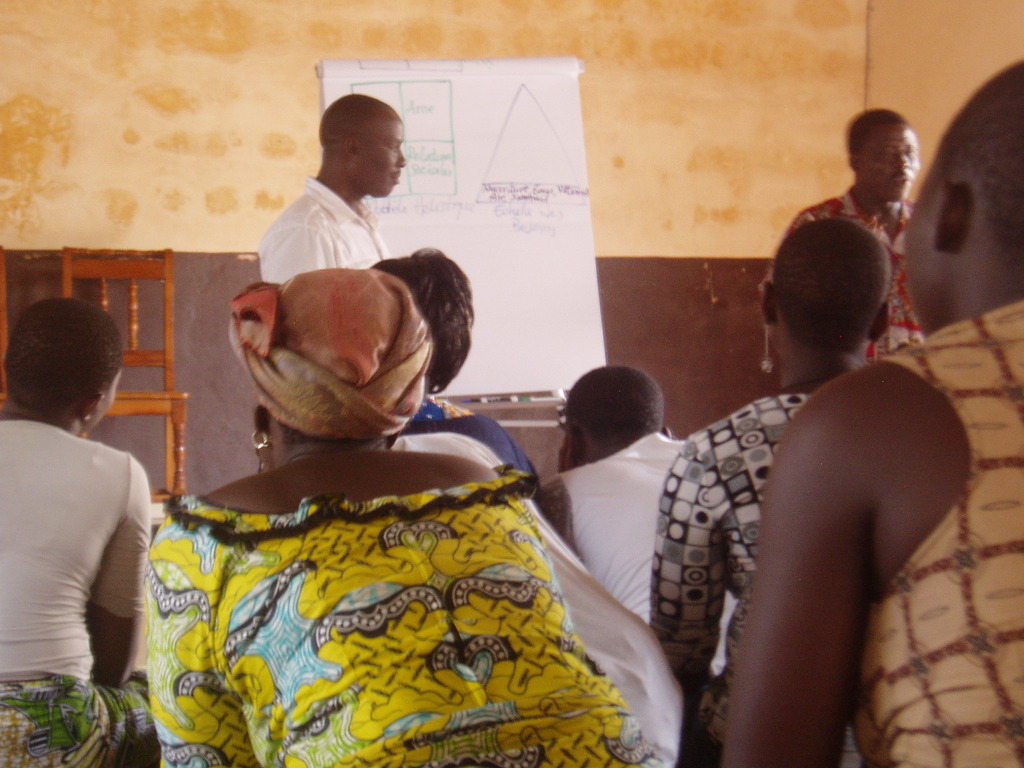 Thank you for supporting training for child welfare workers in Togo. We’re hopeful that training can begin soon, once funds are raised for transportation, books, and other training materials.

Pastor Samuel is certified as a Master facilitator for adults and children through the Mercy Ships Mental Health Program, and also through the American Bible Society Trauma Healing Institute. He has provided training to church and community leaders in Togo and other West African nations.

What he sees as a result is that people are better able to understand and act on things they see in their community.

For example, there was a girl - just 14 years old - who was in a forced marriage to a man of 50 years, who already had two wives.

"Can you imagine?” Samuel says, "This man already has two wives, and now he wants to marry this young girl of 14. So in the area where we were, this is seen as normal. It is the custom there. But as we interacted with the leaders, we created awareness. In that area, even church members see early or forced marriage as normal. But after training, they see it’s not right.”

There are laws against this type of marriage, but people in the community were not aware. After training, the leaders acted and the girl was retrieved from the marriage. Now she is in a place where she will be safe.

Even though there is a law against early marriage, it can only be enforced if someone makes a report. But if no one reports it, the legal system can’t do anything. "That is why we are making people aware of the law,” says Samuel, "And we make them aware that they can make a report anonymously...because sometimes people are afraid to report such things.”

Only $1,220 more is needed to begin the first training seminars for child welfare workers. Once these funds are raised, training can begin.

Support another project run by Tributaries International that needs your help, such as: 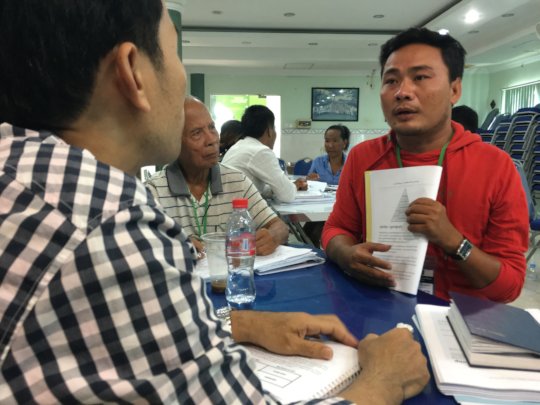 GlobalGiving
Guarantee
Donate https://www.globalgiving.org/dy/cart/view/gg.html?cmd=addItem&projid=16323&rf=microdata&frequency=ONCE&amount=25
Please Note
WARNING: Javascript is currently disabled or is not available in your browser. GlobalGiving makes extensive use of Javascript and will not function properly with Javascript disabled. Please enable Javascript and refresh this page.