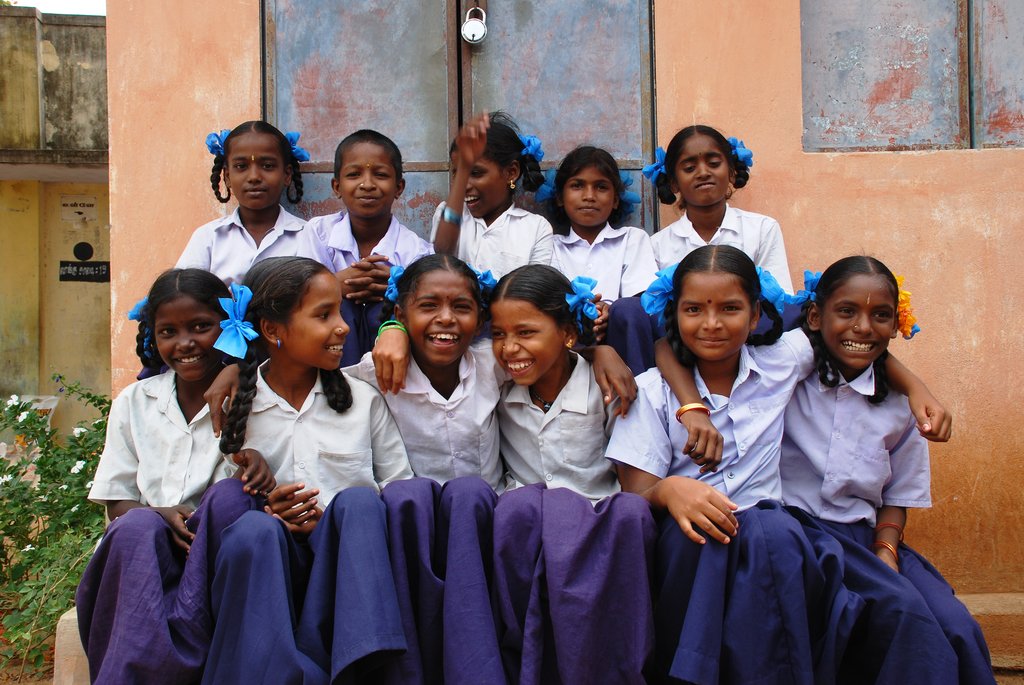 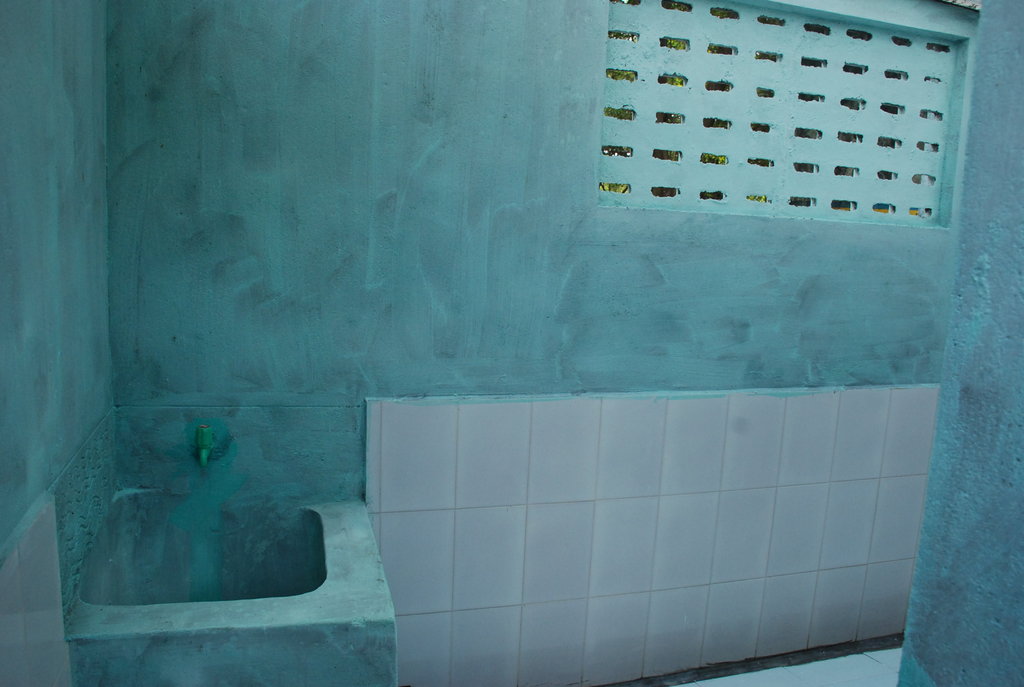 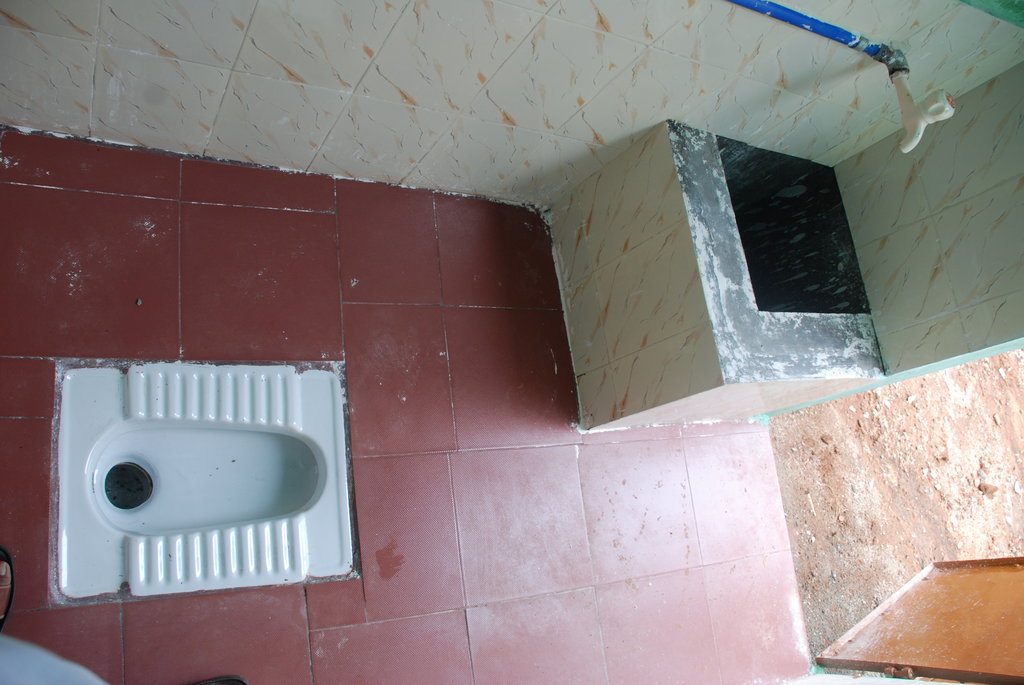 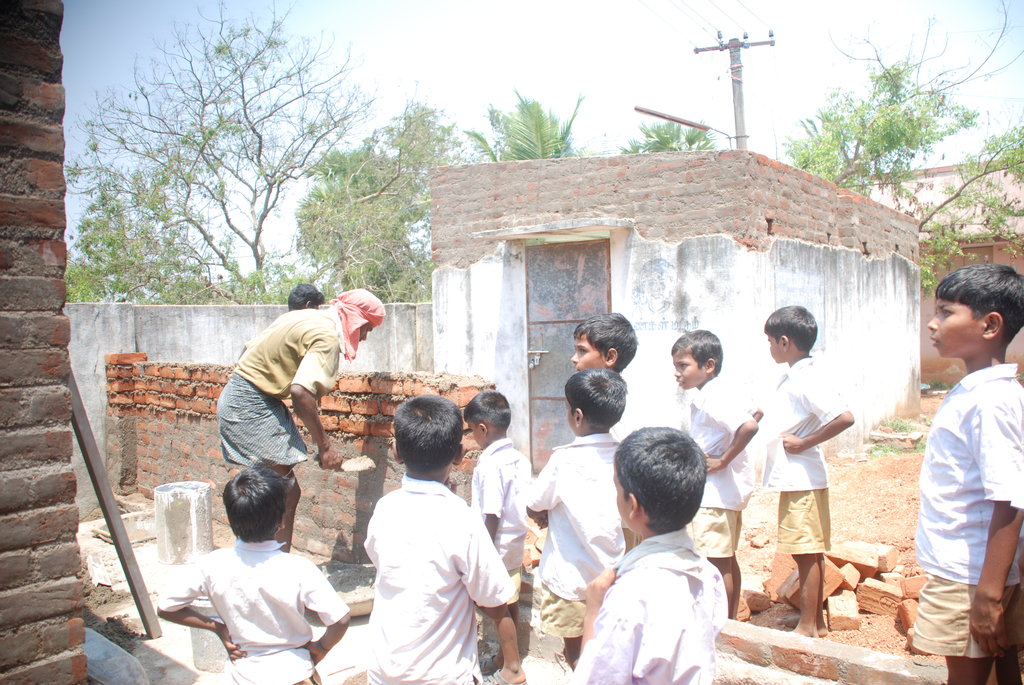 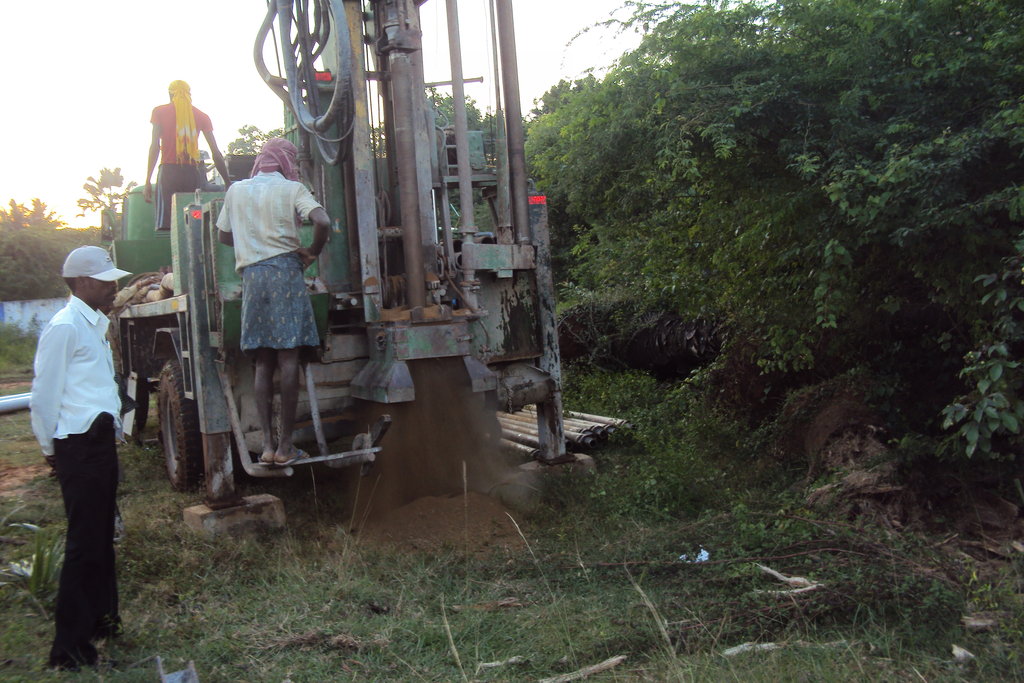 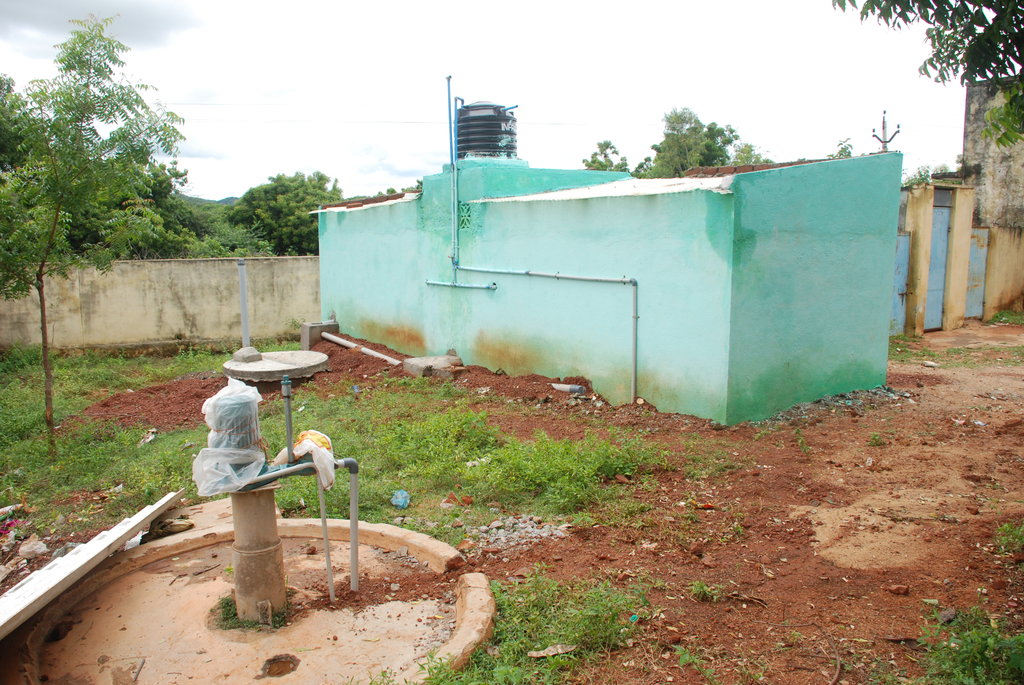 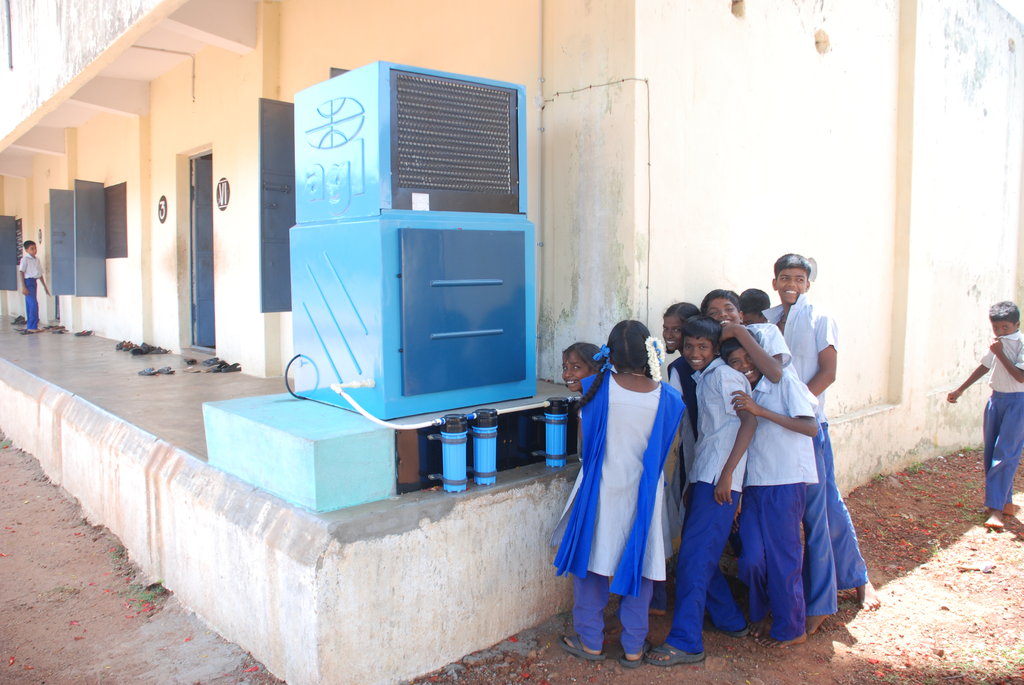 Progress on hygiene and sanitation

The project has been providing sustained efforts for ensuring good hygiene and sanitaiton in all the supported schools.  As a main component of the program is increasing awarenss and bringing behavior change, we have focused on addressing attitudes and proper practices among children, their parents and other school officials as well.

Monthly sessions were conducted in the schools and in the local villages for increasing awareness.  Specific topics such as benefits of proper hand washing, environmental cleanliness, how to make sure your drinking water is safe, and other topics were covered in these sessions.  The activity was not just conducted as education, but also as entertainment, by singing songs with the critical messages, stories that can make people relate their behaviiors etc.

After a year of interventions, we assessed the knownledge and practices among our schools students.  A sample of 75 students from different schools were asked to rate the quality of their school toilets, and on their handwashing practices.  Over 90% of children consistently rated their toilets as being very clean, and 100% reported that running water was always awailable in the toilet.  80% of children aslo reported that the toilets were cleaned three times a day and on all days of the week. Since the project provides soap in project schools, we also asked about the availablity of handwashing soap - to which over 75% that handwashing soap was always awailable.  The knowledge and practices among children were also very positive.  More than 85% of children reported that they always washed their hands with soap after toileting, and 90% reported washing their hands prior to eating.

To encourage the studeints, the project supports programs such as ‘Tidy Star of the Month’ initiative to promote personal hygiene practices among children is being continued. One girl and one boy from each class with the maximum amount of red stars are felicitated with prizes on a regular basis.  Similarly to encourage the santiation workers, every month one prize was given to sanitation worker, who did the best job of cleaning the toilets and bathrooms.

We strongly believe that the efforts of the project are making a difference, and we thank all of your for your continued support. 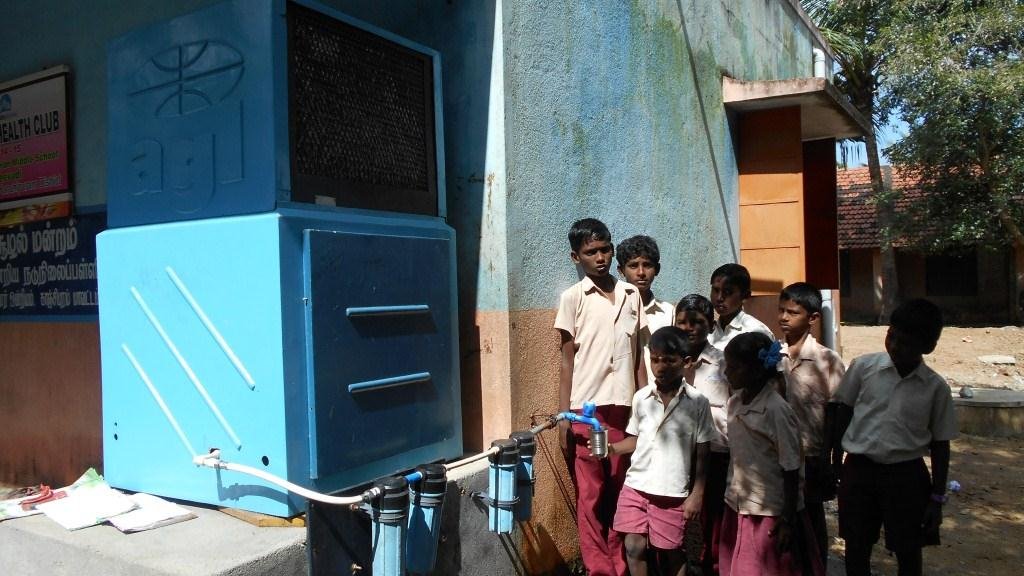 The floods ravaged the villages in Kanchipuram where the project us working.  Between November and early December the regular actvities could not be implemented due to the torrential rains.  Starting in mid December when the rains stopped, the project worked to support the local villages and schools in clearning up actvities. Besides all the relief efforts, we also had to completely sanitize all the schools before the schools started.  A large amount of bleeching powder was secured and distributed to the schools and the sanitation workers placed by the project sanitized the class rooms and sanitation facilities. All the water filtration systems in the project schools were serviced; some had repairs and these were fixed before schools started in January.

A new school was provided with drinking water filtration system.  The teachers and students were very overjoyed, as there was no propoer drinking water facility till now, and with this system, the school environment has been transformed.

The project is also undertaking the effort to clean the septic tanks which have become too full from the rains, and therefore causing problem in the hygiene facilities.  We are organizaing resources and equipment from nearby towns to come to the school and do the clearing of the septic tank, so that toilets can be used hygienically.

With the rains, many children have been getting unwell due to various exposures and improvper practices. So all children in the project schools were provided with a health check up; in additon we conducted health education in all classes so that children will be reminded of the practices/ and correct behaviors to adopt and so they stay healthy.

We have been able to do all this with the support of well wishers and supporters who have contributed generously in this trying times.  Our communities and school children thank you all for the support. 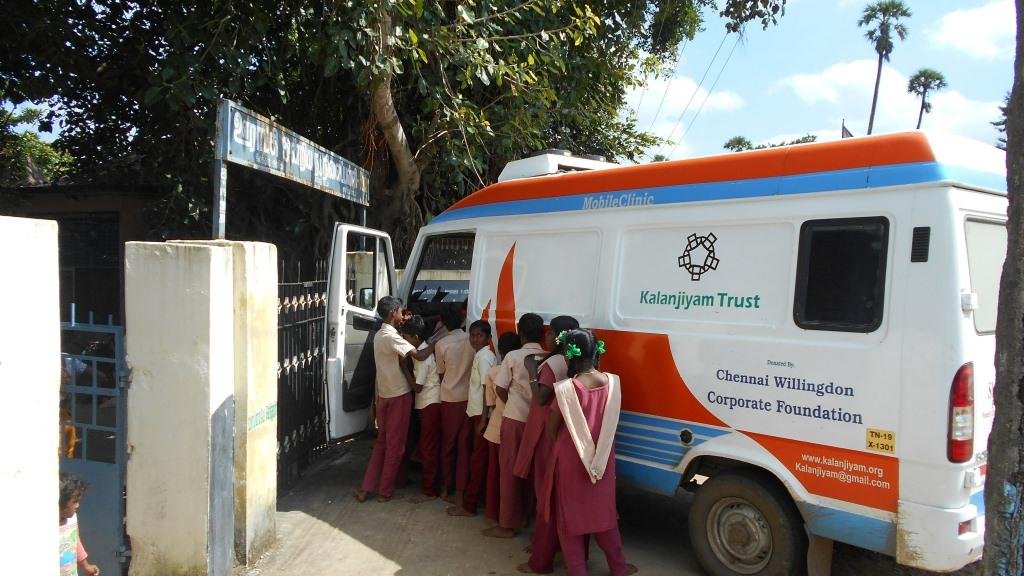 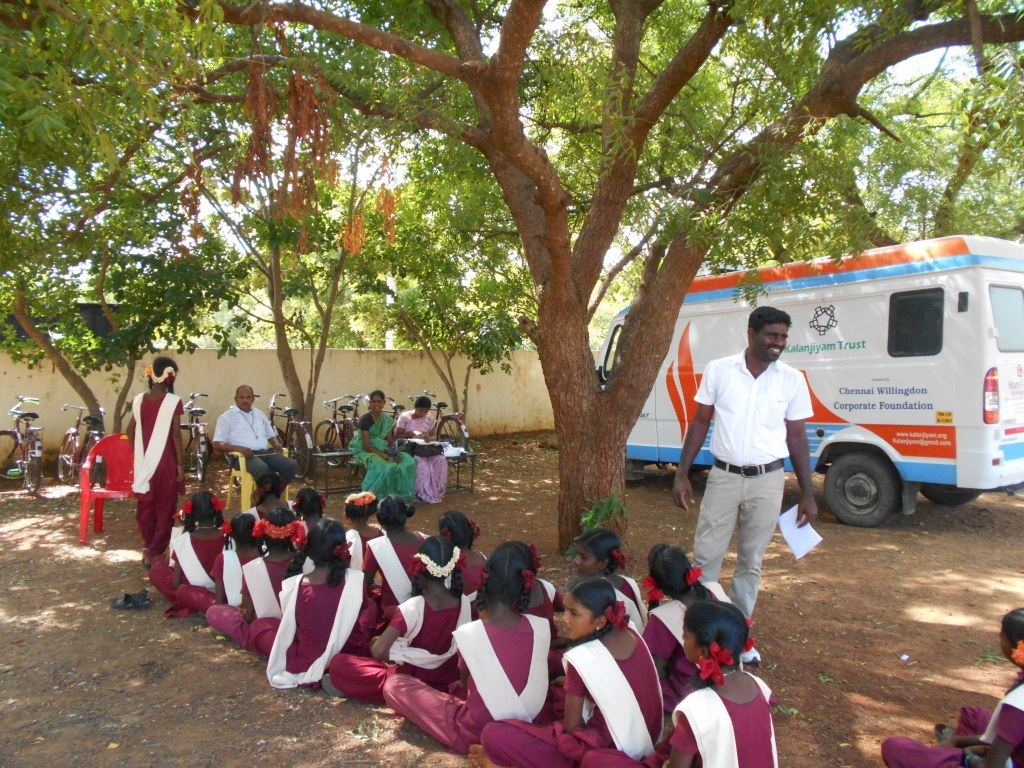 The project has been continuing to support 12+ government schools in hygiene and sanitaiton programs; in the schools the projec placed staff are maintaining the hygiene facilities, clean drinking water is provided and health education of propoer handwashing and other healthy / safe behaviors is encouraged.

In the last three months, the project has also initiated working in a new higher seconday school. Cheyyur Government Girls higher secondary school has a strength of more than 590 girls studying there.  For the last six months there was no running water in school as the well in the school premises had to be deepened -for water to be available for all purposes. The school had very little funds and there was no provision for getting addtional funds from Department of Education.

The school Headmaster hearing about our project activities, approached us for supportting this initiative.  After our field team visited the school and understood the needs and the cost, a plan was made to provide the support.  The project supported the entire cost of deepening the well and the school agreed to get local donations from the Panchayat Leader to have the motor fixed. The project also worked closely with the school to identify a suitable contractor and ensured that the work was done properly.

The school now had running water, which is a boon for all the students and teachers.  During this process it was also identified that the girl students were having considerable reproductive health problems due to lack of hygiene and witholding from toileting during school.  The project's team of nurses and outreach workers then conducted hjeatlh check up and counseled all the girls for their reproductive health problems. The students are extremely thankful for the discussions on reproductive health – they said ‘no one talks to us about these things and when we have doubts we are afraid to ask anyone’.  We are continuing to work with these students and school to bring about greater behavior changes on personal hygeine and santiation practices. 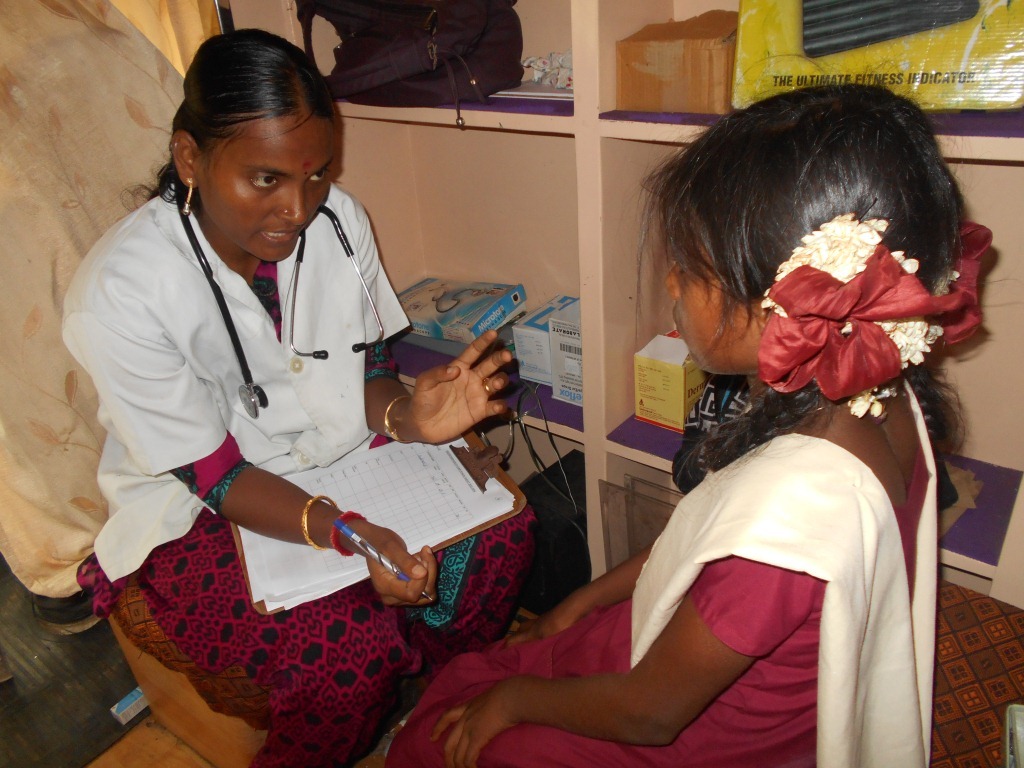 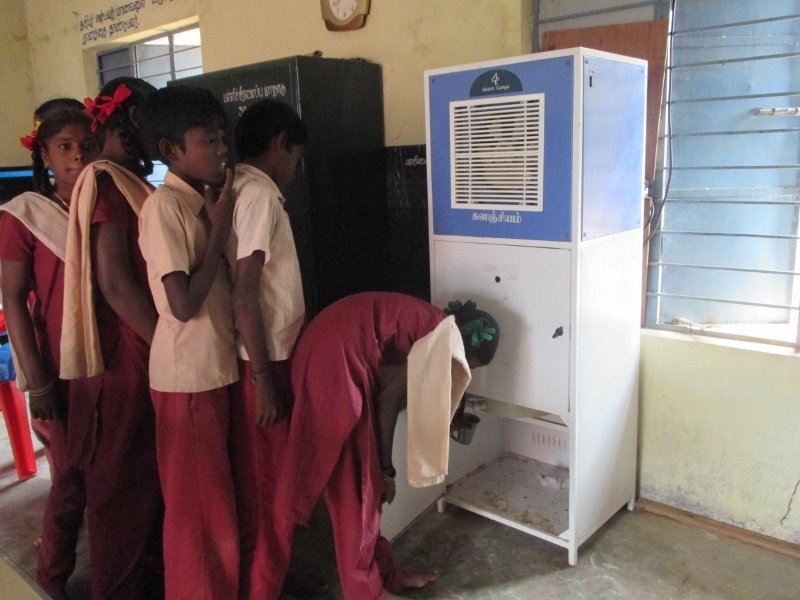 THanks for your continued support of the Hygiene and Sanitation programs at Kalanjiya.  With your support we are able to have a sustainable program in 20+ schools in Tamil Nadu- where we construct and renovate toilets, provide a sanitation worker for maininteinance of sanitation facilitties, provide cleaning and sanitary materials; and also conduct education to bring about behaivor and attitude changes related to hygiene and sanitation practices.

To assess the impact of our efforts, we conducted a survey on the status of hygiene and sanitation practices in a sample of schools. This survey was conducted among a random group of 100 students from all schools. The findings of the survey suggest:

A large proportion of students (89%) and teachers in all the surveyed schools reported that the toilets are clean. A majority of students reported that toilets are cleanest in the morning time. All schools are provided with hand washing liquid soap to promote handwashing habit;  About 83% of the students surveyed wash their hands 3-6 times a day and 80% wash their hands with soap 3 or more times a day.  These trends are indicative of the impact the hand washing intervention has made on the children. All the teachers at both schools believe that the handwashing has become habit for the children. 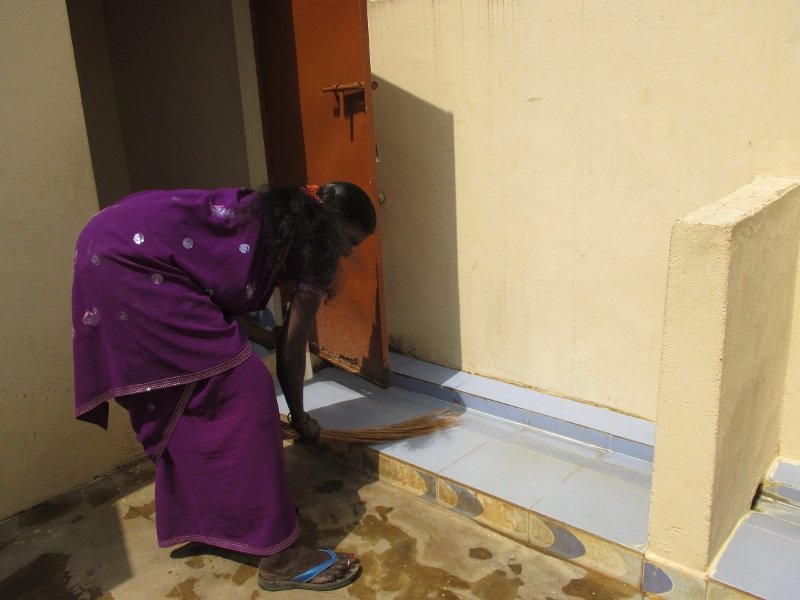 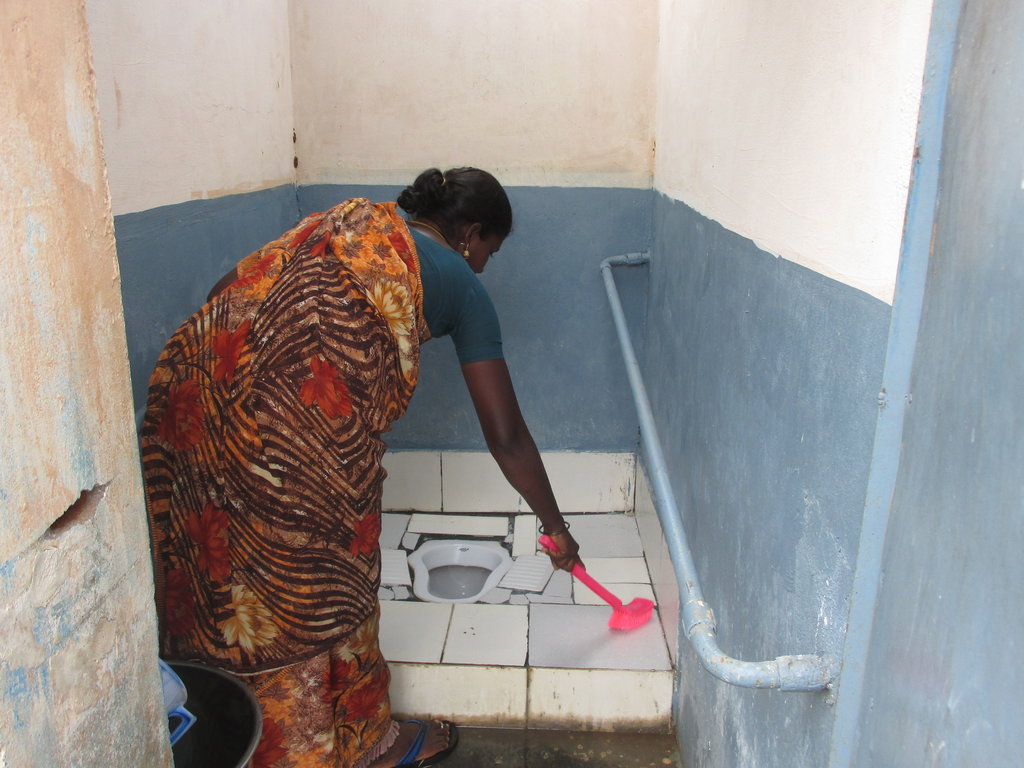 Sanitation worker at her job

The project has been continuing to support all the schools for maintainance of the hygiene facilities. In the last quarter,nearly half of the school toilets went through the six monthy cleaning and followed by fixing repairs. Each school sanitation worker are motivated each month to do their best to keep the toilets and school enironment clean.

Promoting hygiene and sanitation practices among the students continued to be a major challenge in the projects schools despite continued engagement in the areas. Therefore, targeted interventions have been made in the project schools depending upon needs and specific problems.

Promoting Hand Washing: Washing one’s hands regularly is a very important hygiene practice which contributes greatly to good health. The children had been encouraged to wash their hands regularly by the teachers as well as the project staff. The project has provided hand washing liquid to the students. The initiative has been successful due to the full cooperation of teachers and interest of the students and students wash their hands thrice a day. The authorities at the project schools have also been consulted about the possibility of provision of soap for hand washing and discussions are going on about the same.

Improving Classroom Cleanliness: In order to encourage children keep their classroom clean  competitions called are held ‘Clean Classroom Champions of the Week’ - this has been initiated wherein the classroom that is the cleanest during the course of the week will receive a rolling trophy. The trophy changes hands each week. This has been successful and slow changes in student attitude towards littering and cleanliness has been seen.

Improving Personal Hygiene of Children : In order to improve the level of personal hygiene among the students in some schools which were observed to be relatively worse off in this area, a system of stars for good turnout and black dots for poor turnout everyday has been started. At the end of the month, one girl and one boy from each class with the maximum stars were felicitated with a prize. This has promoted more students to follow hygienic practices every day and coming to school in prop

Best Hygiene and Sanitation worker: It was observed that the toilets in some schools were not being cleaned regularly. In order to improve the situation, a competition for the best hygiene-sanitation worker at the school was announced. 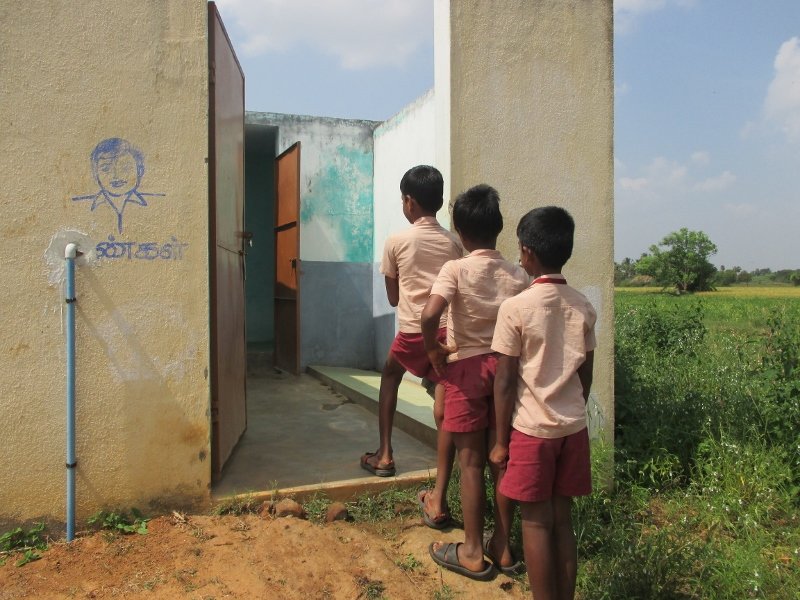 Find another project in India or in Clean Water that needs your help.
Find a Project

GlobalGiving
Guarantee
Donate https://www.globalgiving.org/dy/cart/view/gg.html?cmd=addItem&projid=10168&rf=microdata&frequency=ONCE&amount=25
Please Note
WARNING: Javascript is currently disabled or is not available in your browser. GlobalGiving makes extensive use of Javascript and will not function properly with Javascript disabled. Please enable Javascript and refresh this page.