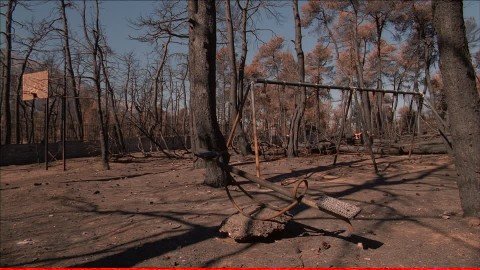 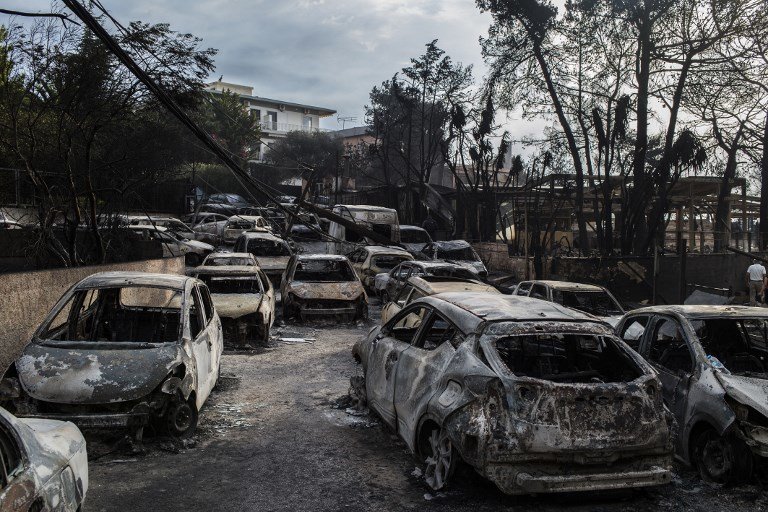 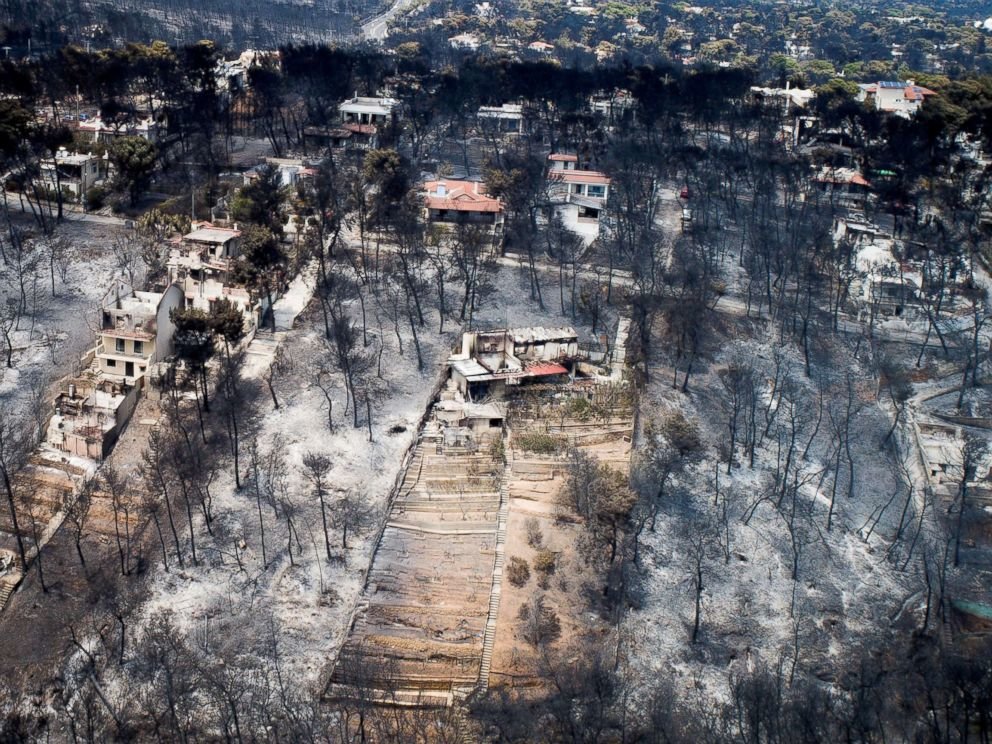 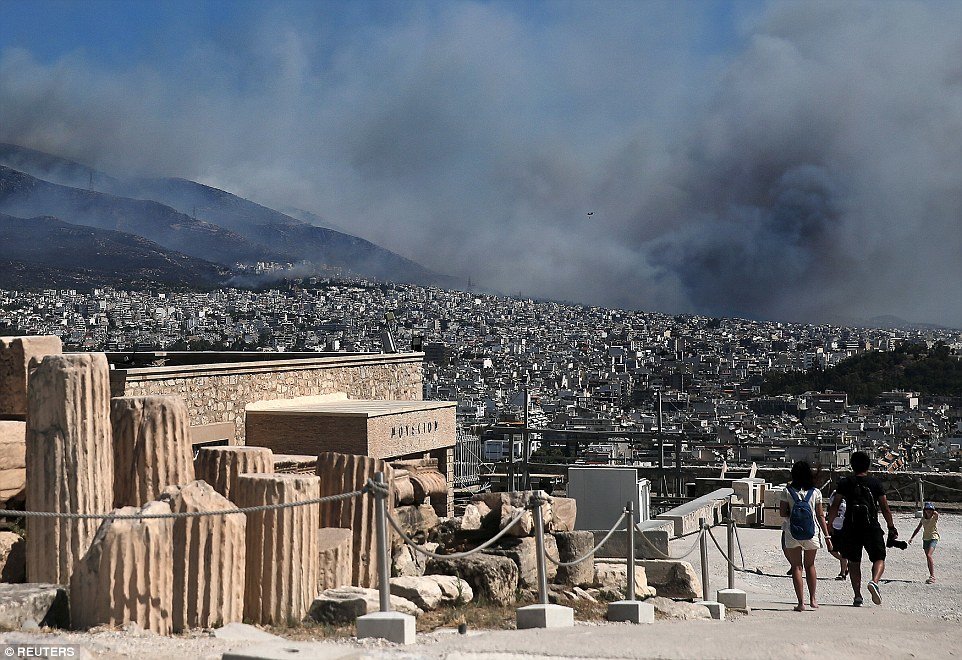 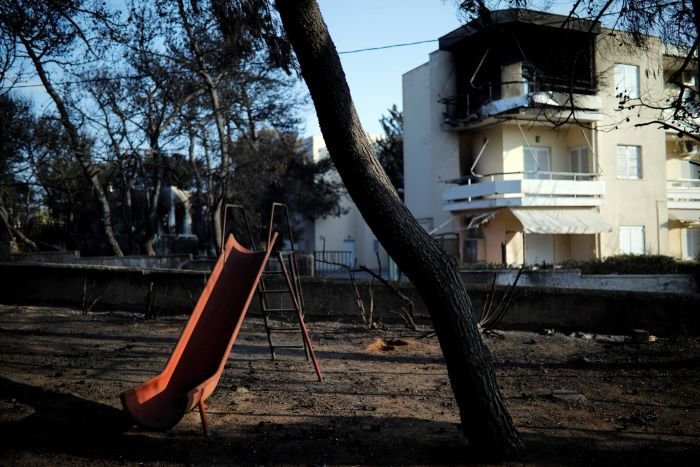 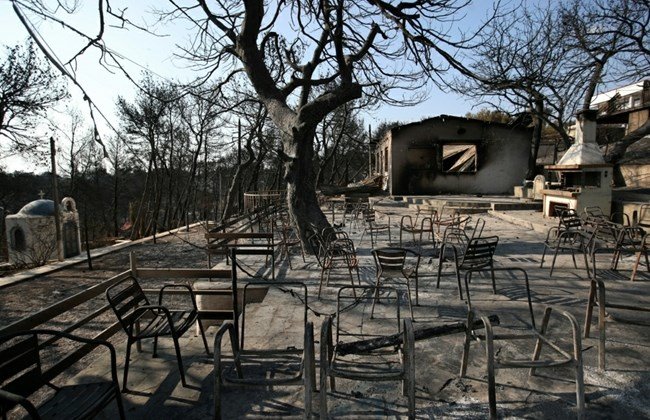 The disastrous fires that hit Attika's coastal region in July 2018 have left the area devastated and its population in deep shock. With many lives lost and homes destroyed, communal life has come to a total standstill and it is only now, six months later, that people are slowly starting to move back into the area. In partnership with the DESMOS Foundation, Echo100Plus has decided to raise funds to start the reconstruction and furnishing of some of the playgrounds in the afflicted municiplities.

While public authorities are still forming reconstruction plans and are in general moving slowly, people returning to the area to restore what is left of their houses, are faced with a completely dysfunctional public sphere. Basics, such as water and electricity, are only brought back into the area now; most shops, coffee houses and restaurants are either destroyed or shut down. Residents are therefore in desperate need for some kind of normality to pick up their daily lives.

After mapping recovery and reconstruction efforts in the afflicted areas, we have so far identified four places in the Marathonas area, where the reconstruction of playgrounds makes sense and is backed by the local municipality. As first aid relief have been covered by authorities, the challenge now is to reestablish some communal life.

In the context of urban and regional public space, playgrounds are focal points of community life. They provide vital spaces for children to meet, play, exercise, and simply have fun. With children at their center, neighborhoods and communities form and bond in and around playgrounds. As the afflicted communities are in immediate need of some positive elements, the reconstruction of playgrounds is a strong signal of a future to come.

Support another project run by Echo100plus that needs your help, such as: 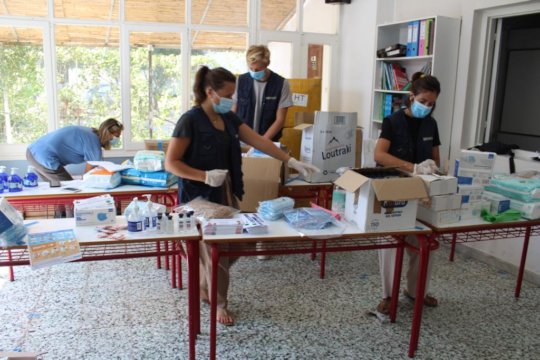 GlobalGiving
Guarantee
Donate https://www.globalgiving.org/dy/cart/view/gg.html?cmd=addItem&projid=34540&rf=microdata&frequency=ONCE&amount=25
Please Note
WARNING: Javascript is currently disabled or is not available in your browser. GlobalGiving makes extensive use of Javascript and will not function properly with Javascript disabled. Please enable Javascript and refresh this page.