by This Life Cambodia 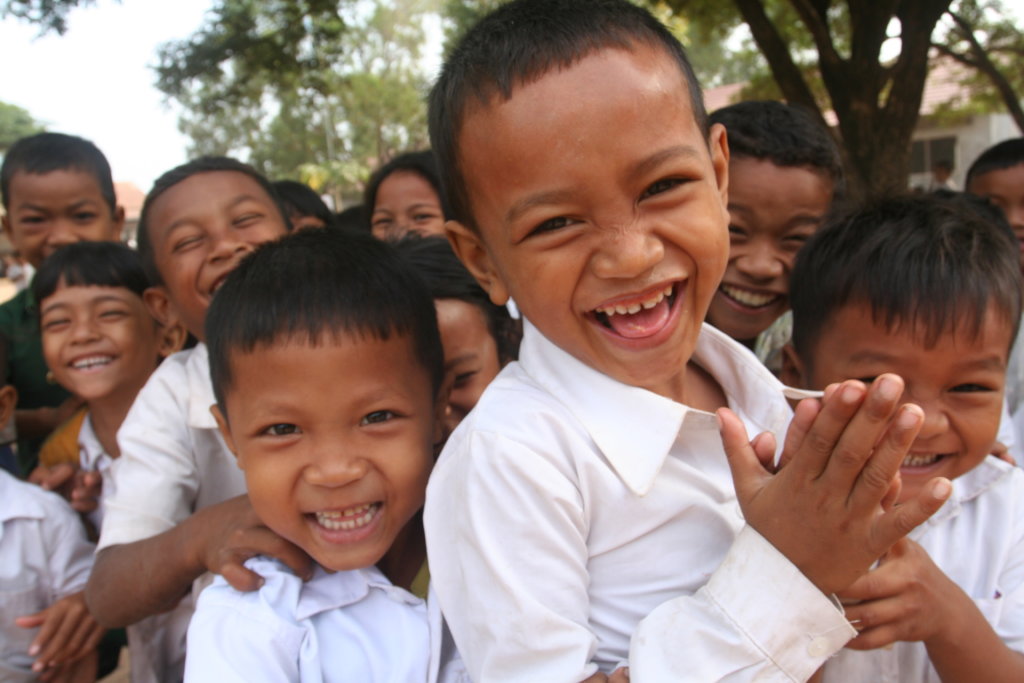 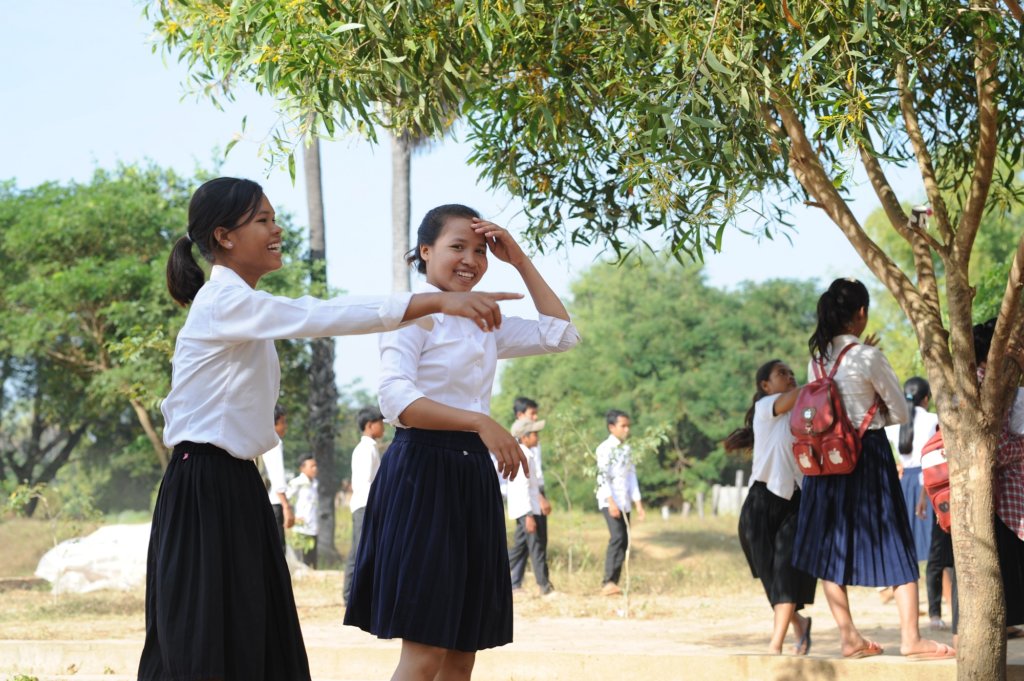 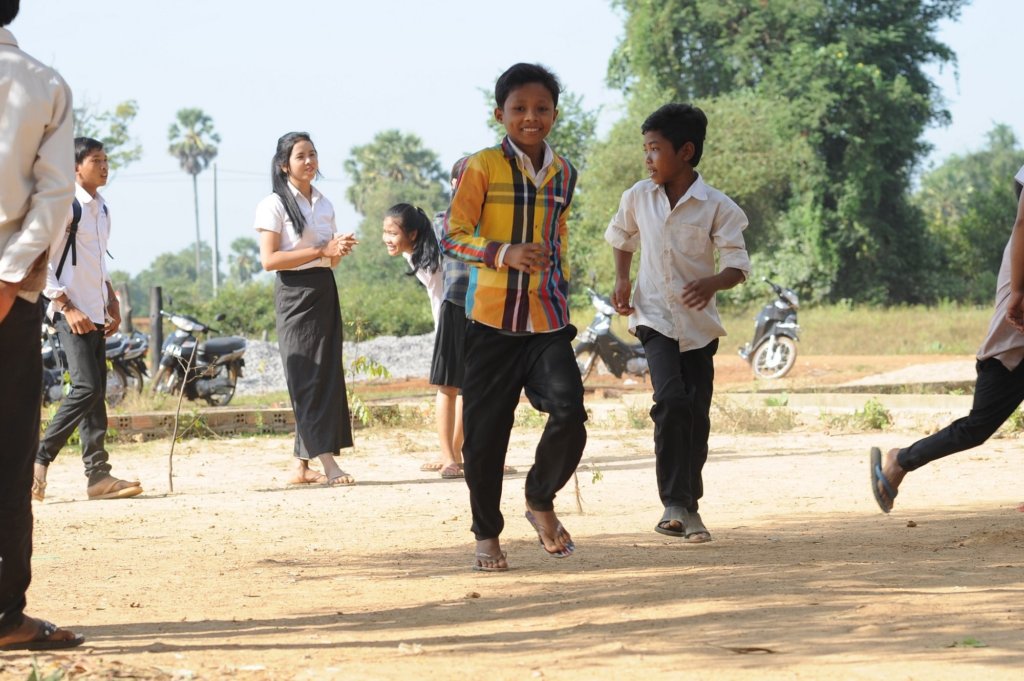 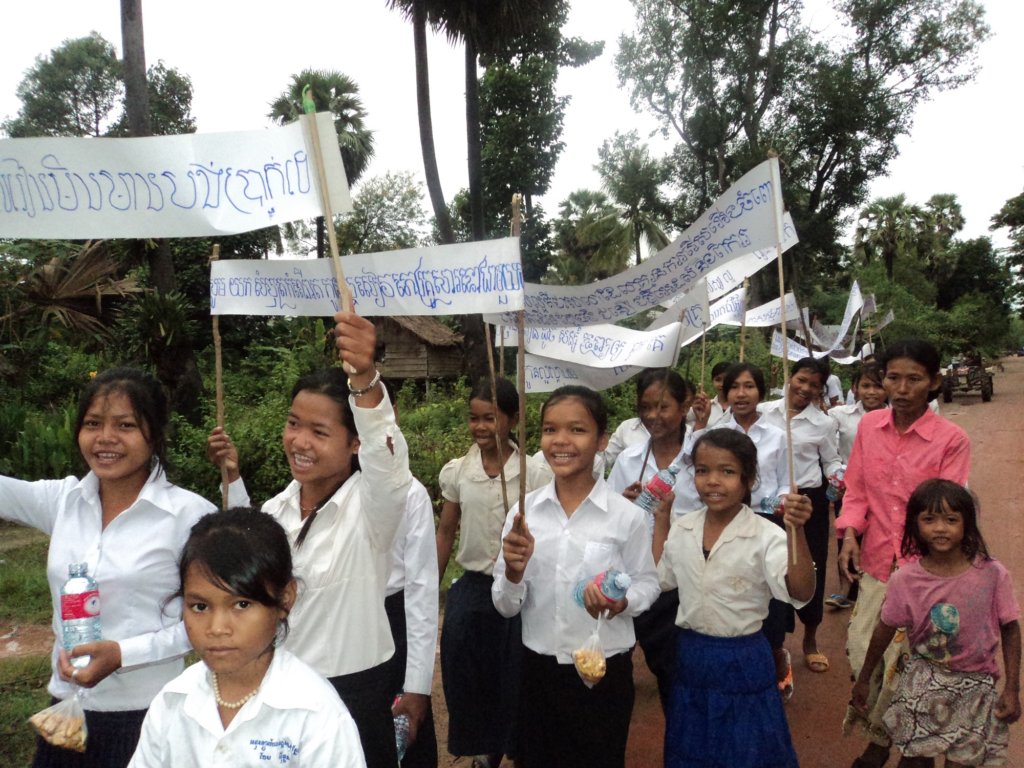 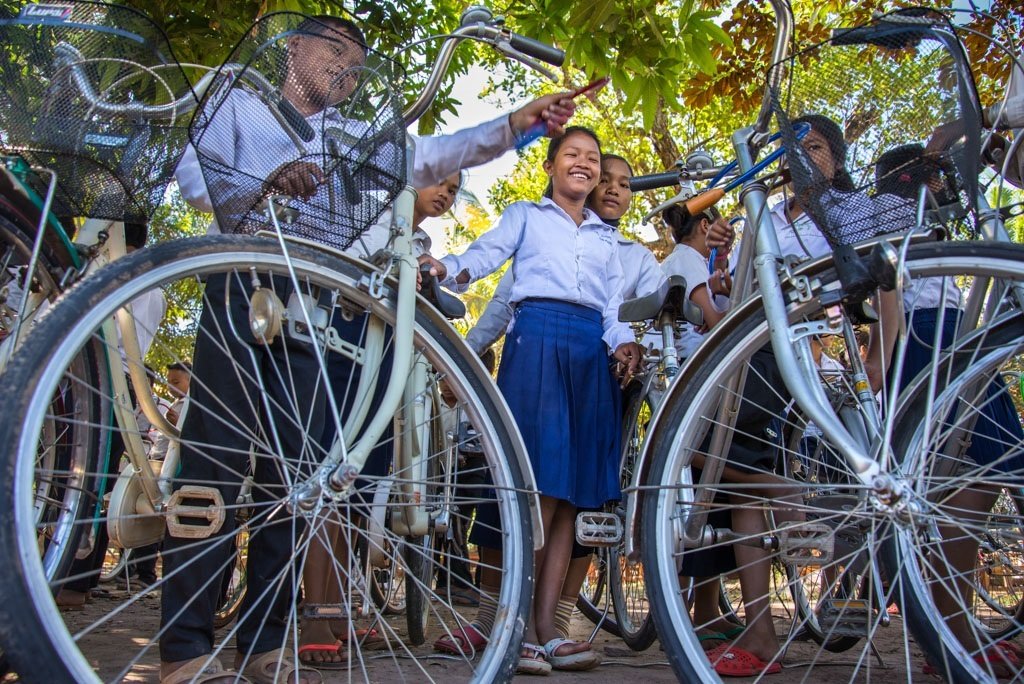 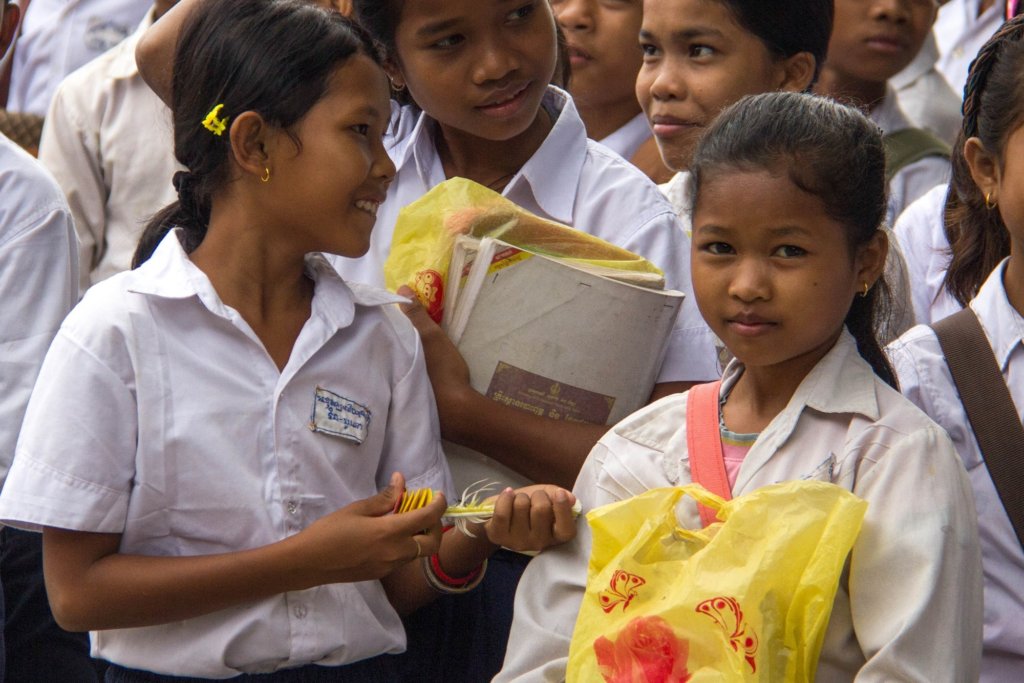 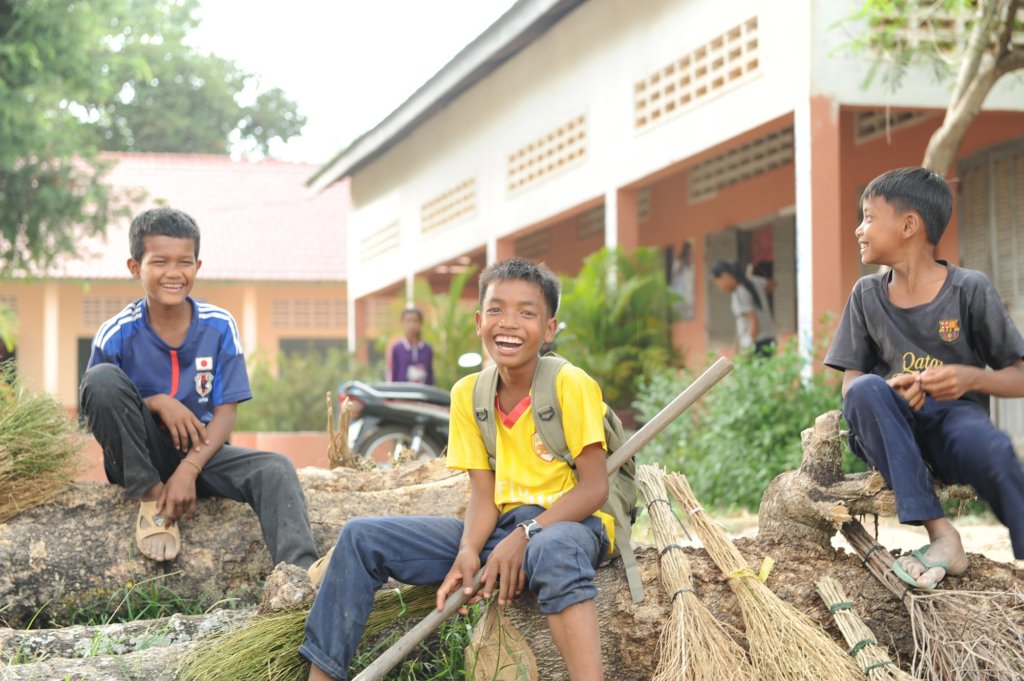 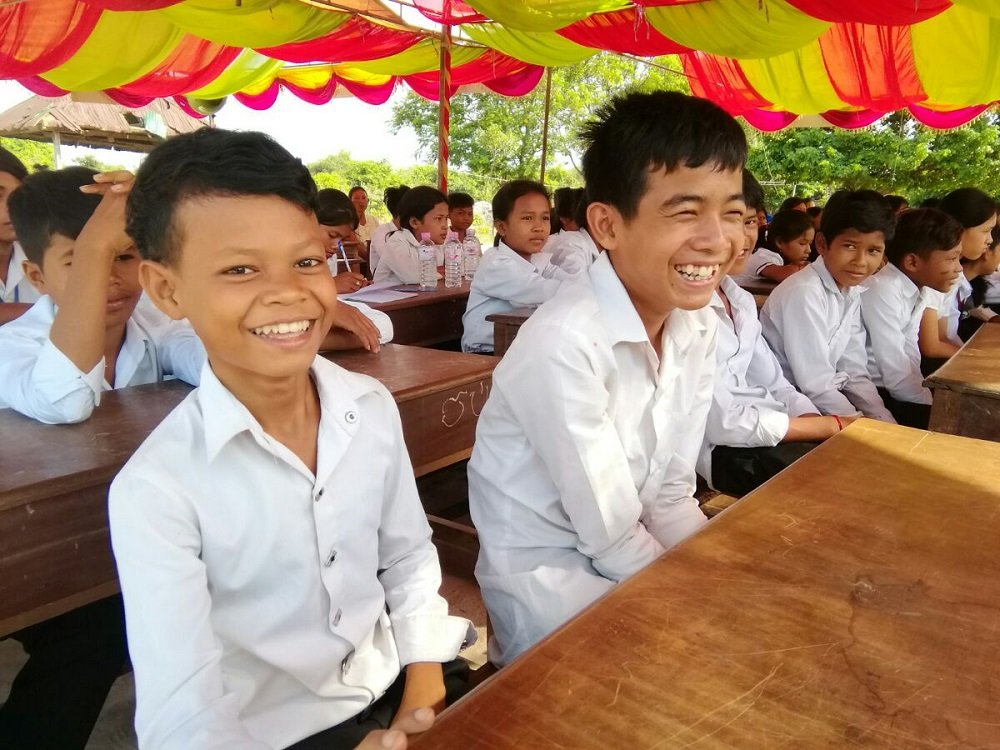 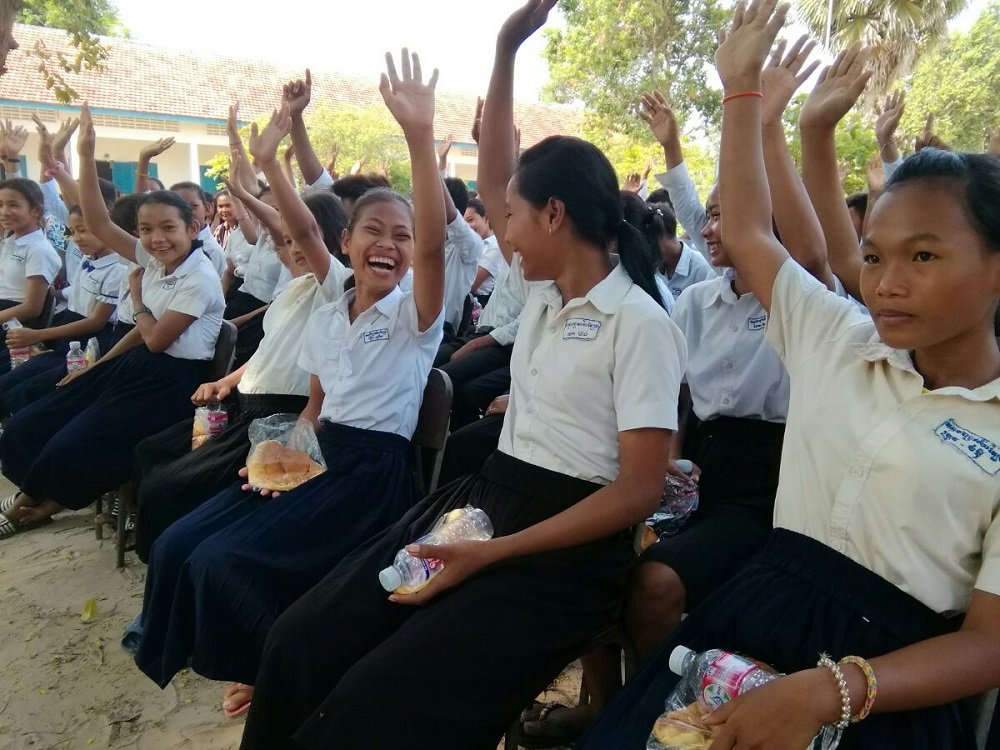 The news from This Life Cambodia

Happy 2020 to all of our supporters, and welcome to our latest update.

Education has been on our minds a lot over the last few months. Here in Cambodia, secondary schools started again in November and launched enrolment drives, encouraging impoverished children in rural and urban communities to come along on the first day of school in November. We supported these efforts with a new campaign on the importance of education, which ran chiefly on our Facebook page – maybe you saw it?

In the flagship video for this campaign (click on the link to watch) we shone a spotlight on one school which managed to improve in a very short space of time with our support. Just 3 years ago it was struggling, but this year it was recognized as the best school in Siem Reap after radically improving its infrastructure and teaching.

Your donations contributed to this incredible effort. If you watch the video you will see many children arriving to schools on the bicycles you helped us buy. Without them, children often wouldn’t be able to reach distant schools, and would probably have no choice but to work in farms or migrate in search of manual labour work.

Why do we always focus so much on education? For the last 12 years we have gone into Cambodian communities and asked them what they care about, and education has always been one of the first things mentioned. Most families – even those who are poor and lack education themselves – want their children to succeed in life and know that education is the best route out of poverty. Education is essential not just to children and families, but to the development of the nation.

Thank you for also recognizing this and for supporting us in 2019. We really appreciate it.

Latest news from This Life Cambodia

Thank you to all of our supporters, and welcome to our latest update.

It's been a particularly busy time for the project you support, education, as it has been the end of the school year. That means that many of our students have been going through the end of year exams. Although there was a lot of stress around, we took a lot of pride in knowing that many of these students wouldn't be sitting their exams at all if we hadn't stepped in to help redevelop their school, preventing them from dropping out and entering the world of child labour. That's the kind of work your donation makes possible.

It's also been a busy and exciting time for This Life Cambodia as an organisation, with no less than three awards won in the space of three months. Two of them were for our social media campaign against domestic violence, but one recognised the whole organisation, including our education program, for using the law to legally empower Cambodians.

As our founder, Billy, wrote in a blog on our website, awards are more than just a vanity exercise:

Really reputable and independently assessed awards are one way to help donors work out which organisations are making credible claims. To win the 2019 Grassroots Justice Prize, our work and its results had to be first scrutinised by experts, then confirmed by calling our referees, then assessed by an international team of judges, and finally voted for by thousands of members of the public. That is evidence that it isn’t just us saying that our work changes lives, but that thousands of people who know our work agree.

Thanks once more for your support, and stay tuned to our Facebook page in October. We have something special coming for all of you supporters of education!

News from This Life Cambodia

As a grassroots organisation working in the heart of communities, staff are the lifeblood of TLC. Social workers, particularly, make a huge difference to the lives of people facing big challenges, including helping the families of the students you support, children at risk of being separated from parents, or families facing debt and poverty.

For this year's International Social Worker Day we created a video showing the remarkable things 6 of our social workers do each day, while educating people across Cambodia about a discipline which is still less than 10 years old here. We think the video is enlightening and inspiring - do watch it here.

On another educational theme, one of our most popular stories on Facebook was about Heang,  the vocational trainer at our social enterprise, Moto Doctor. After years as a mechanic himself, he now teaches young people from disadvantaged backgrounds how to learn valuable skills.

His positive example inspires the youths he works with, who see how he has himself overcome major challenges. "When I'm teaching these youngsters how to repair motorbikes, I remember when I was a student like them. Things were sometimes really hard for me, because I lost my legs to a disease when I was younger, which made repairing motors harder. But that gives me hope that no matter how hard they might find learning about motorbikes, they can do it and become a great mechanic in the future.  Some even set up their own businesses, which makes me really happy." For more stories and photographs like this, go to our annual report here.

Thank you so much for your continued support of This Life Cambodia.

A big school success story and a hard hitting campaign 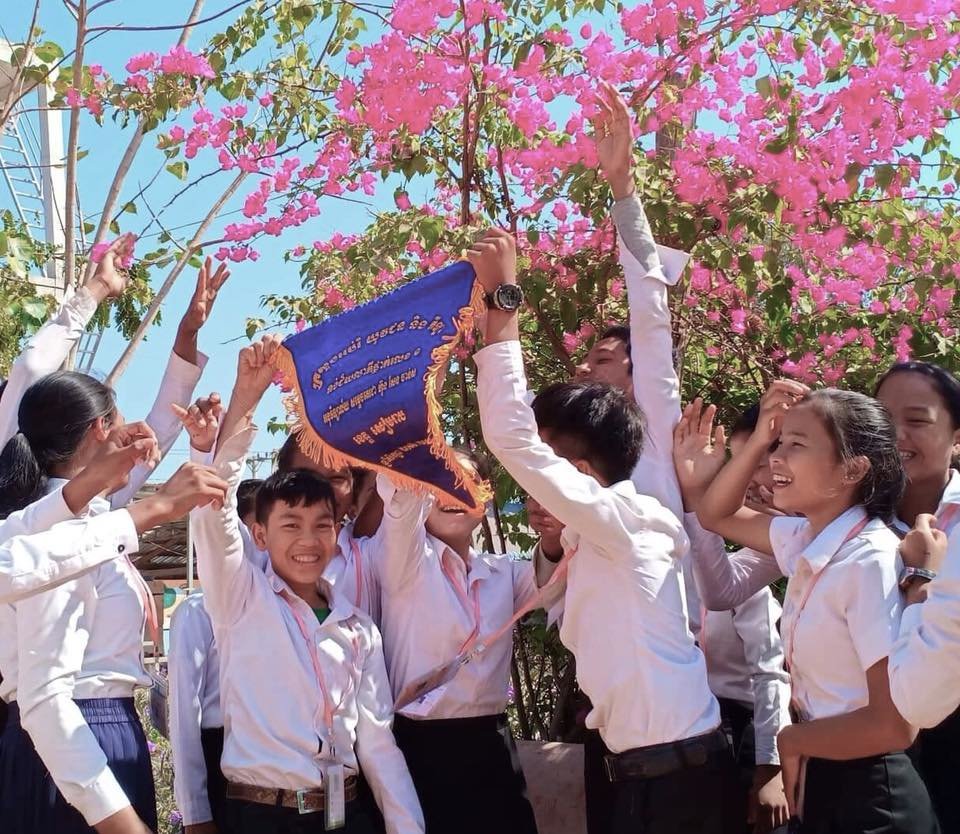 The last three months were one of our busiest and most exciting. We got some really exciting news when Chann Sar Lower Secondary School, who we support with your help, was named Siem Reap's number 1 school for Outstanding Achievement by the Siem Reap Youth and Sports Education Congress.

What makes this achievement incredible is that just two years ago their school was struggling with teacher shortages, demoralised students and a community that wasn't fully engaged. That's why TLC was asked to support the school, encouraging the community and students to play a much more active role in the school's development, backed by an enthusiastic principal and team of teachers.

In just two years the school has grown remarkably fast, the community has formed an energetic School Support Committee, the student council is active, the facilities are enhanced and teaching has improved so much that they are now a shining example to other schools.

We also undertook a rather serious campaign. When we do our work in schools, and in communities generally, we are often told that domestic violence is one of the biggest problems families face. This affects children as much as women and can blight their education.

At least 1 in 5 Cambodian women experience domestic violence, as well as almost 50% of children. Yet only 8% of the population knows that there is a law that gives women and children the right to live a life free of violence. These tragic facts inspired End Violence Together, a creative campaign we put together to raise awareness of the law and provide practical support to those experiencing violence.

The flagship of the campaign was a creative short film exploring the danger inside many homes, and imagining a world where abused women and children have to wear motorcycle helmets inside their own houses to protect themselves. Of course, in the real world this is not possible, which is why the video directs people to an interactive campaign page which includes a copy of the domestic violence law and information on where women can seek help. The team at This Life Cambodia even created the country’s first audio version of the law, recognizing there were no resources for people who cannot read. These resources will now be available to anyone in Cambodia experiencing violence.

To date the campaign has reached more than 1,800,000 Cambodians, while the video has been seen by almost 1,000,000. 200,000 have engaged with the campaign through sharing, liking, commenting and using a specially designed Facebook “helmet” frame. We have heard many stories of women taking action to end violence as a result of the campaign and will be measuring whether its impact is lasting in 2019. 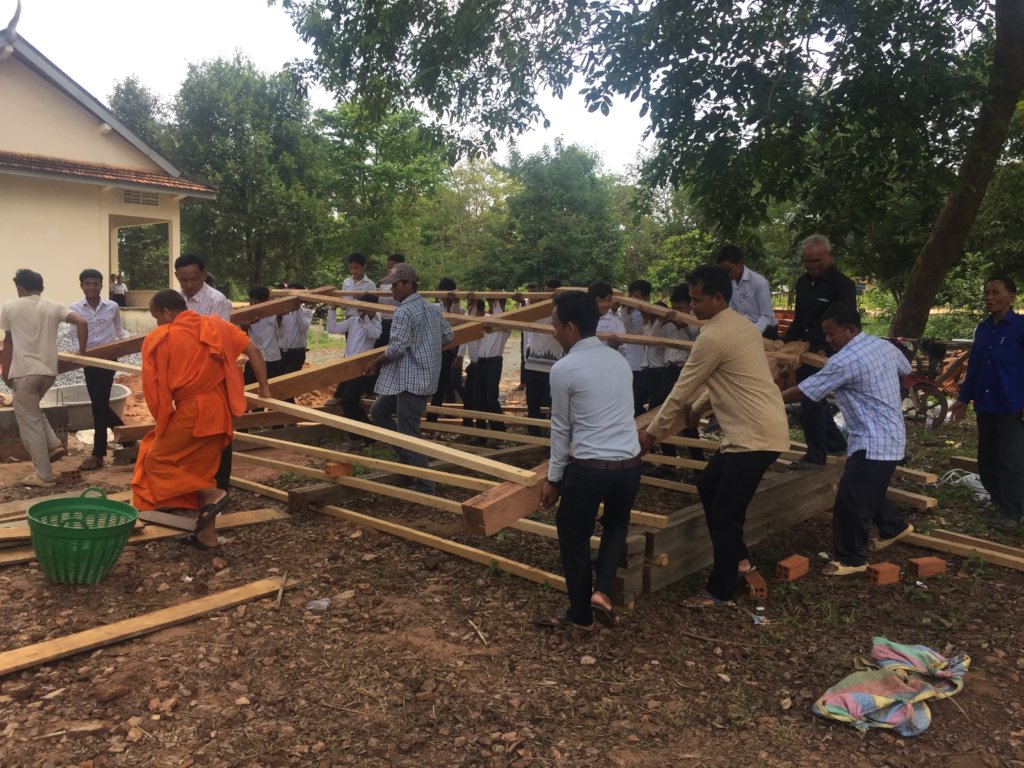 In Cambodia, School Development Plans are produced annually and guide the School Support Committee’s activities and fundraising to support school improvements. Plans ensure that activities are in line with the Child Friendly School Policy which highlights the need for all children:

Activities vary based on the community’s needs and priorities but may include  school enrolment campaigns; awareness campaigns on the value of education, providing materials for study clubs; and school environment improvements such as developing school gardens, building bicycle parking, and installing incinerators and a water system. Activities also support student clubs by providing materials and donating learning materials to poorer students. 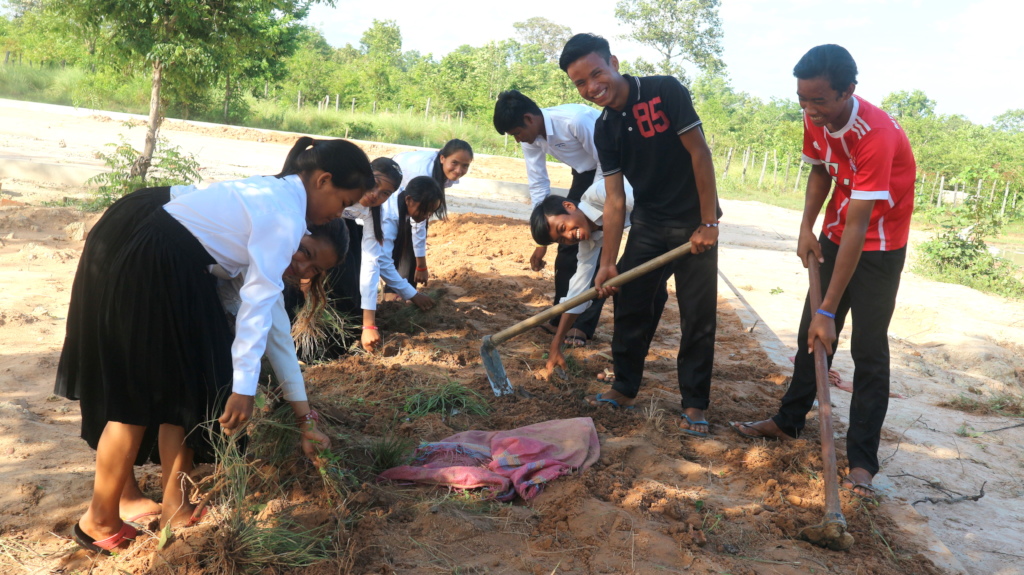 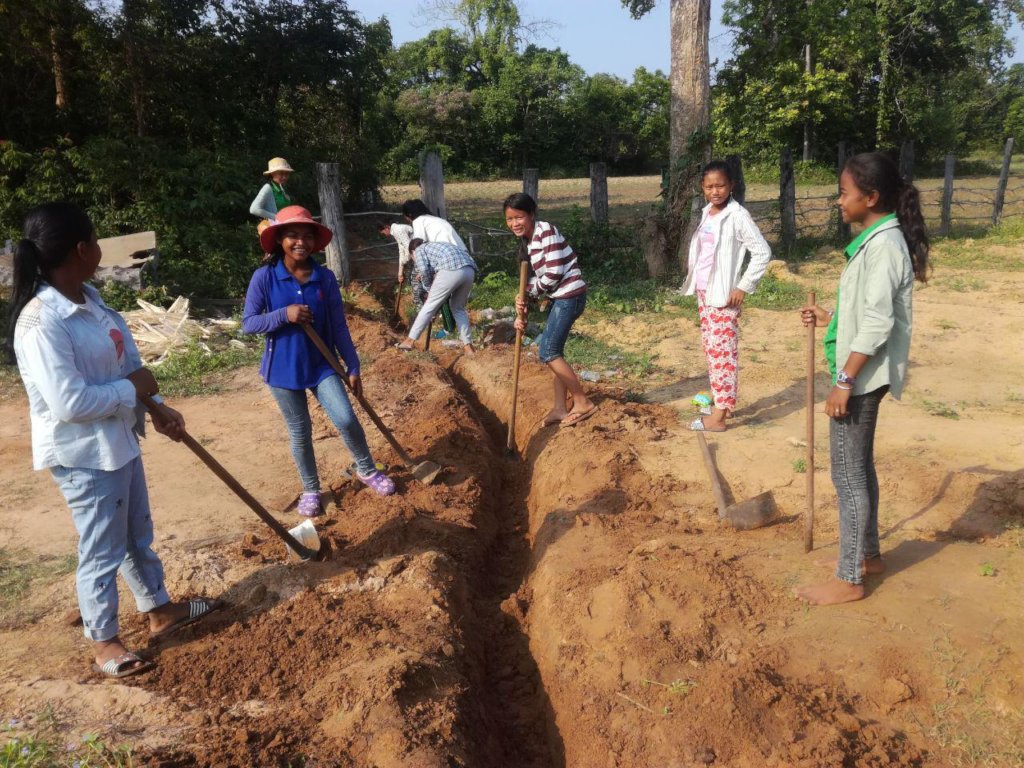 Donating through GlobalGiving is safe, secure, and easy with many payment options to choose from. View other ways to donate
This Life Cambodia has earned this recognition on GlobalGiving:

GlobalGiving
Guarantee
Donate https://www.globalgiving.org/dy/cart/view/gg.html?cmd=addItem&projid=27300&rf=microdata&frequency=ONCE&amount=25
Please Note
WARNING: Javascript is currently disabled or is not available in your browser. GlobalGiving makes extensive use of Javascript and will not function properly with Javascript disabled. Please enable Javascript and refresh this page.