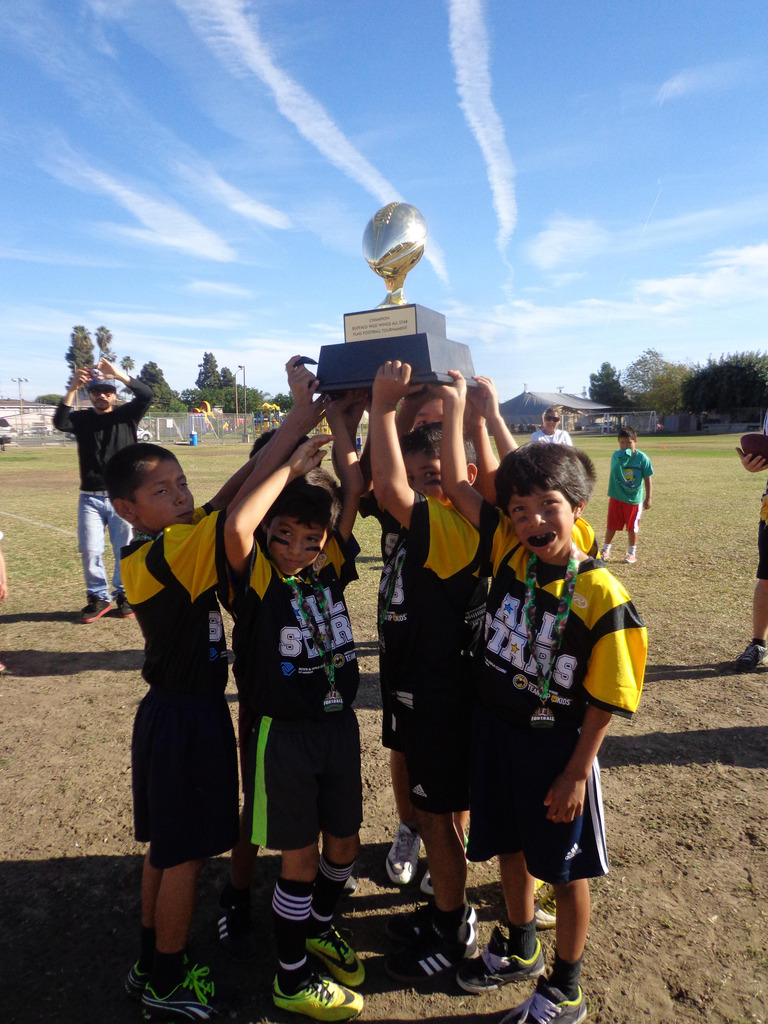 Thanks to supporters like you, in 2014, our Oak View Branch gave a safe haven to more than 400 children from Huntington Beach’s most impoverished and dangerous neighborhood. In an area where gangs are trying to get elementary and middle school kids involved, where shootings and drugs are common, the Boys & Girls Club makes a real difference in kids’ lives. At the Club, they are safe. They have the chance to learn, play, and be carefree kids.The kids at our Oak View branch are living in extreme poverty. The average family has three kids and supports the whole family on an income of less than $1400 per month. Kids don’t always have enough to eat at home. They don’t have space to play because they are sharing apartments with other families and it’s not safe to play outside. Kids don’t have home computers to do their schoolwork. Poverty also puts the kids our Oak View Branch at greater risk of failing in school and having behavioral problems. The Boys & Girls Club helps with all of those things.

Here’s how your support of the Club makes a difference. Every single day, kids get a healthy meal so they won’t go hungry during their out of school time. Kids have space to play at the Club. About 75% say the Club is the only place they do active play or exercise outside of school. Kids get access to computer labs and our staff help them with their homework so that they have a better chance to succeed in school. We also run special academic focused programs that help children do better in school, too. It works - in 2014, 68% of kids in our summer reading program improved their reading by a full grade level!

And our caring staff make a big difference in kids’ behavior, too. One of our members, Aldi, has really benefited from your gift of a sponsorship to the Boys & Girls Club this last year. He’s been with us since the Oak View Branch opened in fall 2012. Becky, the site’s Program Director, says, “Aldi’s been a troubled kid from the start. He’s had a bad temper and a lot of trouble with being a good sport. On top of that, his mom had a baby this year and she was struggling a lot with post-partum depression. Her low moods and emotional struggles took a toll on Aldi. I noticed that he was really down and that his temper and sportsmanship were getting worse than ever. To help, we made Aldi part of our mentoring program. Aldi and his mentor meet each week to talk. His mentor paid special attention to Aldi in the program areas as well. Aldi has improved so much! When he’s struggling, he comes and talks to his mentor. He’s getting a good handle on his temper and becoming a good sport. This fall, we launched a brand new flag football league. Aldi played in the league and learned about being part of a team, working together with his friends. And, he even got to be a leader as team captain. This opportunity to be a leader transformed how he saw himself and how he wanted others to see him. As team captain, he felt like he needed to set a good example for the team. So, even when the team lost, he showed much better sportsmanship than he ever had before. We encourage that same desire to be a leader off the field, too. We remind him that he is the oldest child in his family and he can be a role model and a good example for his younger siblings. The combination of mentoring, teamwork, and leadership has been amazing for Aldi. He’s a much happier kid now and I have seen a lot of growth in his good character.” You're changing one life at a time by supporting the Boys & Girls Club. And it adds up! More than 9,500 children will benefit from the Boys & Girls Club in 2015. Thank you for your past support and we hope you will consider making a gift today to change another life for the better!