Sea invasion in Senegal: let us save the children 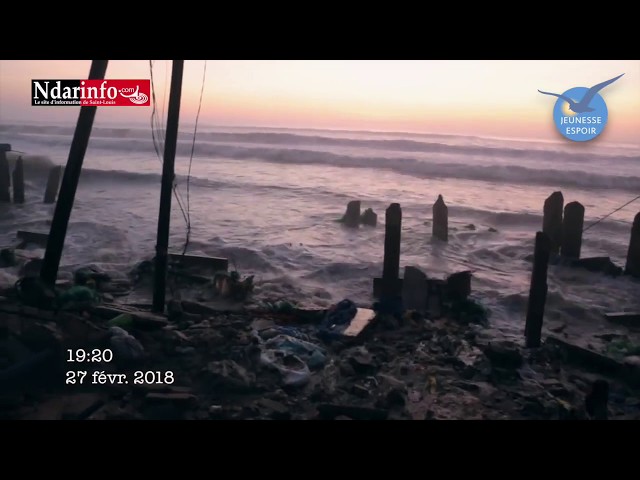 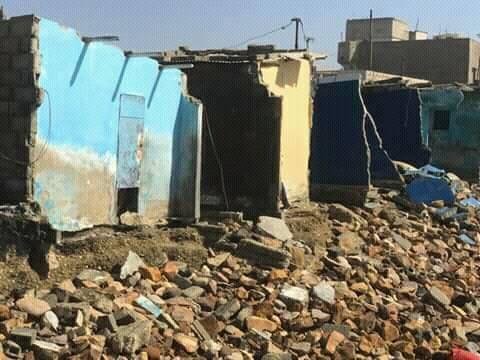 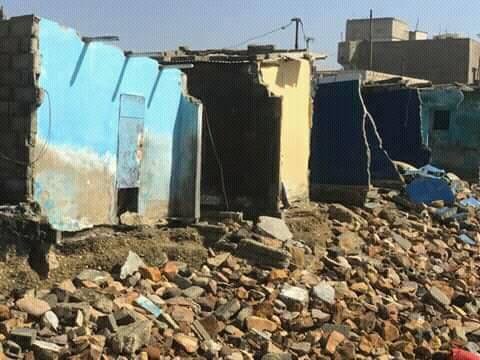 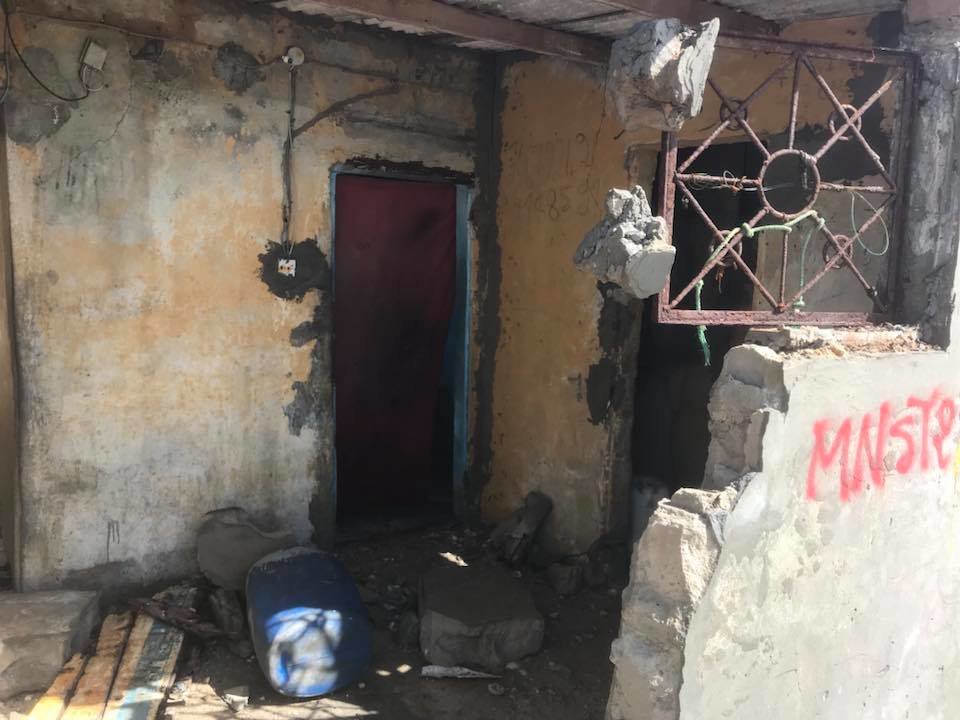 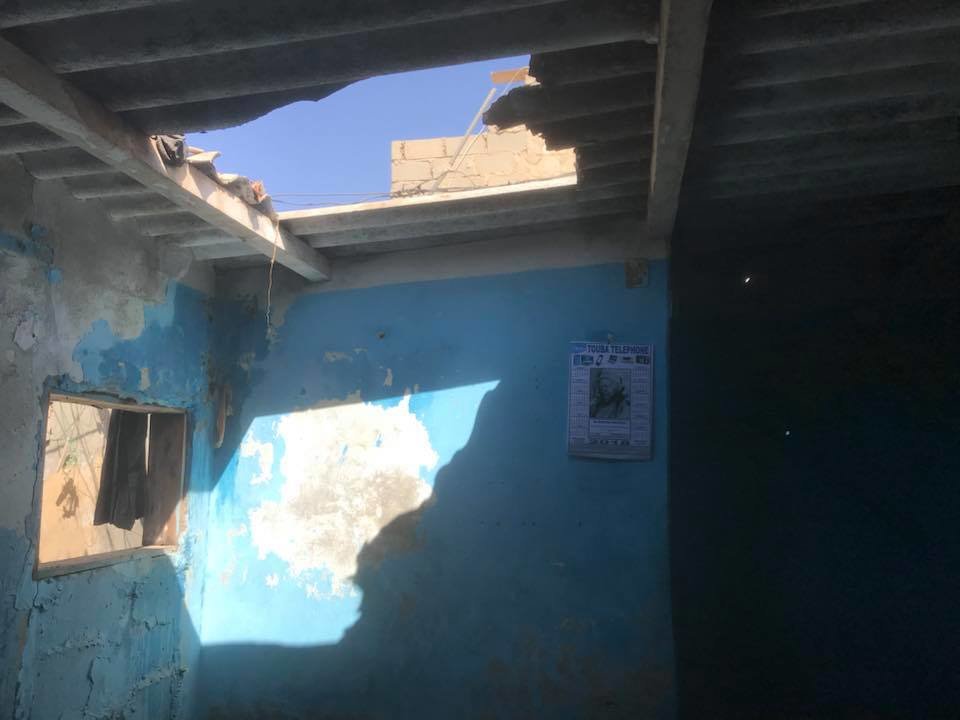 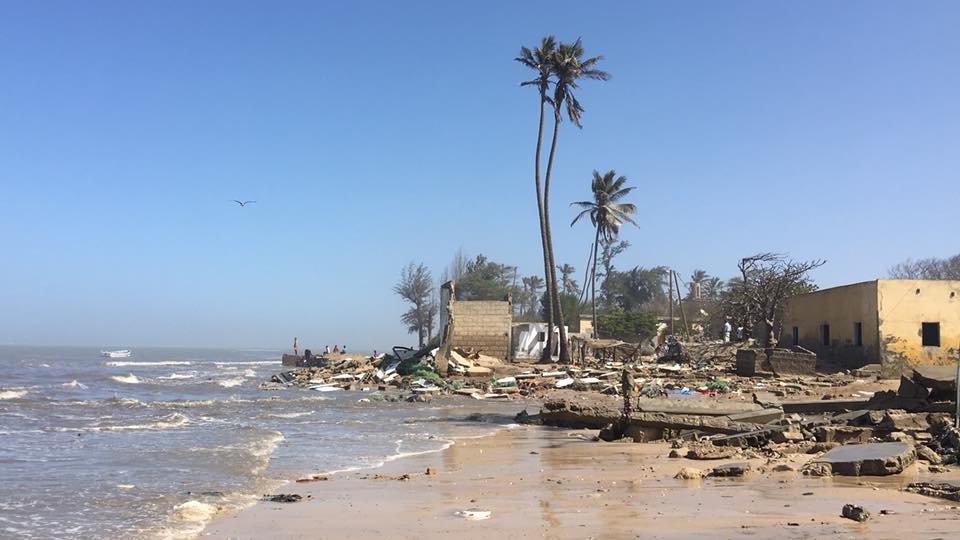 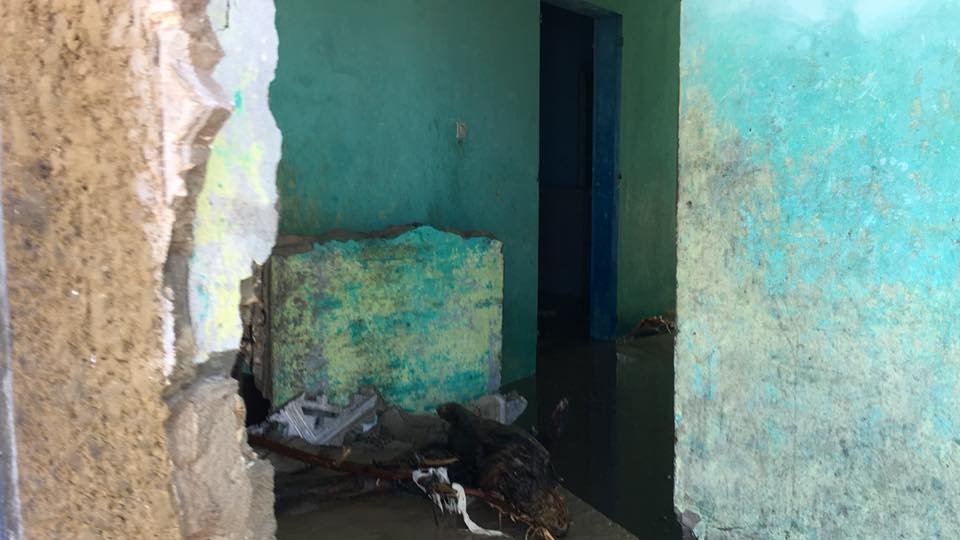 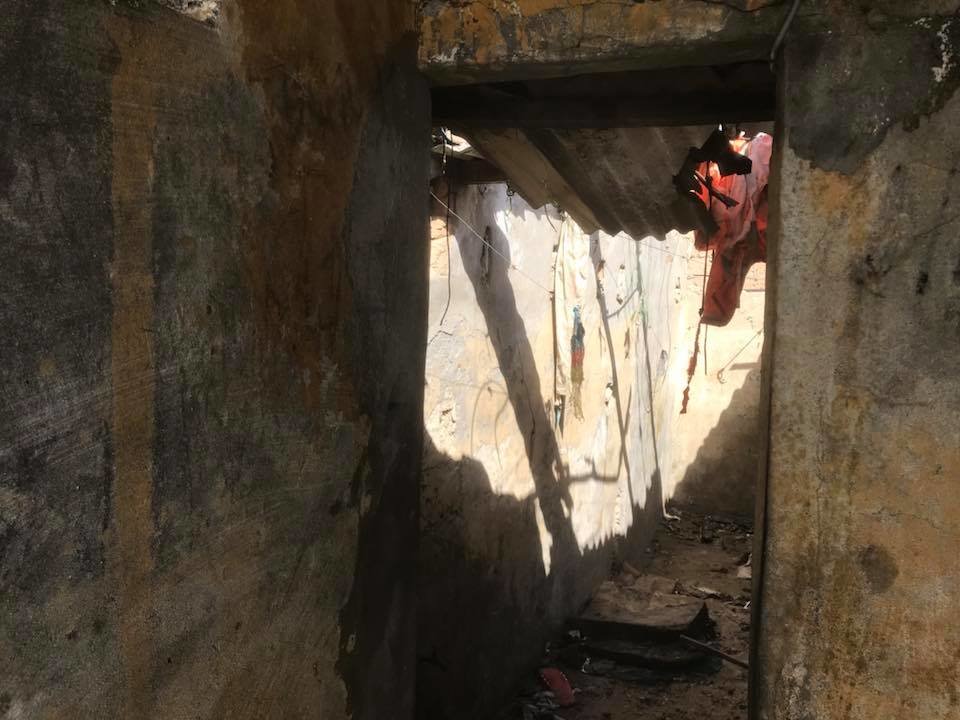 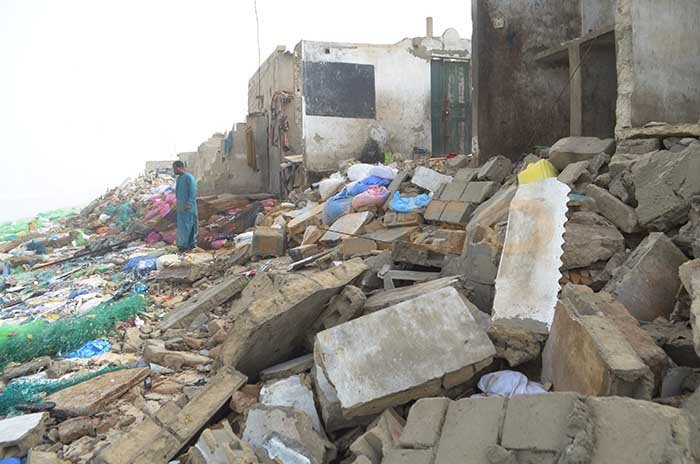 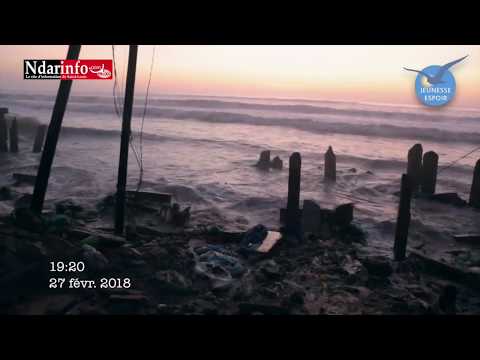 The victims of sea advance still in bad situation

This project so sensitive which the members of the Association Jeunesse Espoir are witnessing and helpless to the point of sharing it through this project to invite donors through globalgiving to support the children of the victims who have almost all dropped out of school and most of whom have health problems.

Since the launch of this project, we have just raised $ 115 which we used to buy hygiene kits by adding other resources from the organization to distribute them to a few mothers of children displaced in makeshift shelters outside the city. of Saint-Louis

We appeal again to the fantastic community of globalgiving to support these vulnerable children to overcome these hardships and have a chance to secure a better future.

Children victims of the sea advance in distress!

The project to support child victims of the sea has since the beginning of its online launch raised the sum of 115 dollars which we have received from worthy donors whom we congratulate and thank for their commitment and support.

This sum has been used to buy hygiene kits distributed to 5 child victims in the presence of their parents.

The families of the victims displaced in the suburbs of the city of Saint-Louis have been living in increasingly difficult conditions since they were moved to makeshift homes.

At one point the association had to withdraw the project online because the needs and expectations of the child victims were numerous and this was in contrast to the small amount collected on GlobalGiving.

However, the monitoring done by the association on the families of the victims, and the overwhelming context of covid-19 which worsens the situation of the victims, and the high rate of child victims who have dropped out of school since this natural disaster, all this motivated the Association Jeunesse Espoir to reactivate the online project on the GlobalGiving platform to help the victims who are on the brink of the precipice.

Thus, the Association Jeunesse Espoir invites the fantastic community of GlobalGiving to join our cause in this project which aims to support the education, health, and well-being of children from families who are victims of the advancing sea in Saint-Louis, Senegal.

In the next report we will present illustrations of the site visits and other developements that have motivated us to reactivate this project.

Help bring back hope to the victims' children 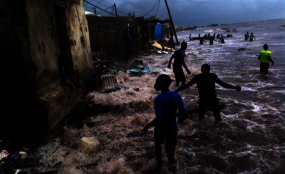 Since the sea wreaked havoc on the coast of Saint-Louis in Senegal and destroyed hundreds of houses of people who were already submerged in endemic poverty, the action wanted by the Association Jeunesse Espoir to support the children of the victims to continue to believe in a chance to escape misfortune and poverty through education.

But since we posted this very important project and raising hopes for the victims: parents and children, we have so far collected the sum of $ 115 we received from five brave and courageous donors to the fantastic community of global giving.

That said, we do not give up and we will continue to raise awareness, improve our communication to convaicre as many donors as possible to accompany us to achieve this project which so many children of sinsistrés are resting their hope for a better tomorrow.

We are counting on this wonderful Global Giving community to take on this challenge to help hundreds of children have a good education and health and nutrition support that will allow them to fight and fight their way out of poverty with the hope of 'a better future.

Never Give up together we will help restore children dignity and hope. 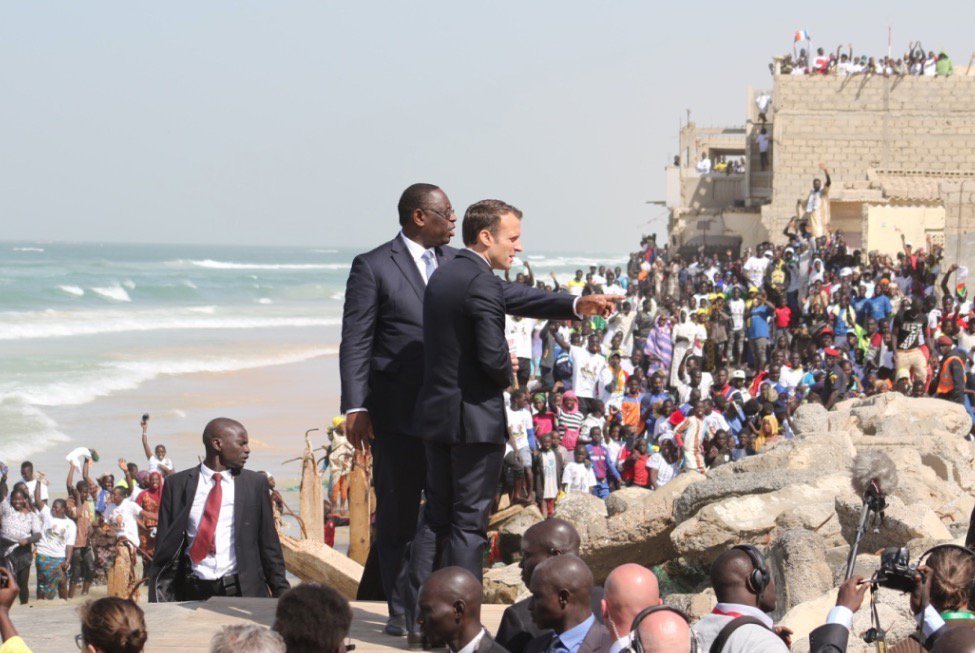 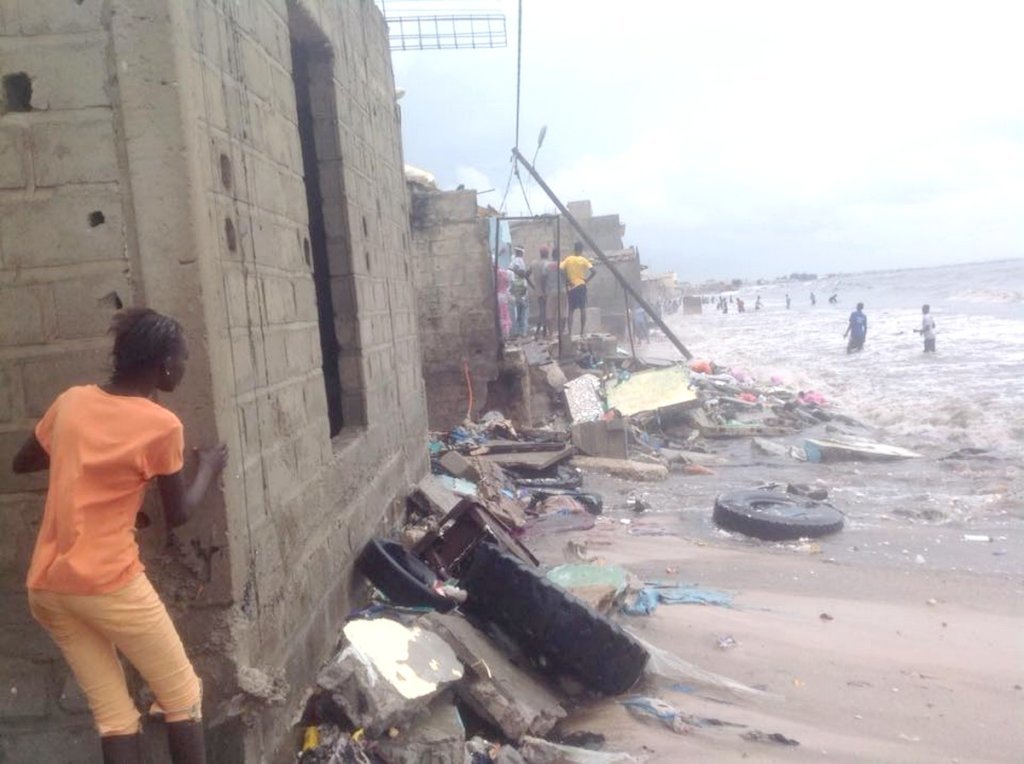 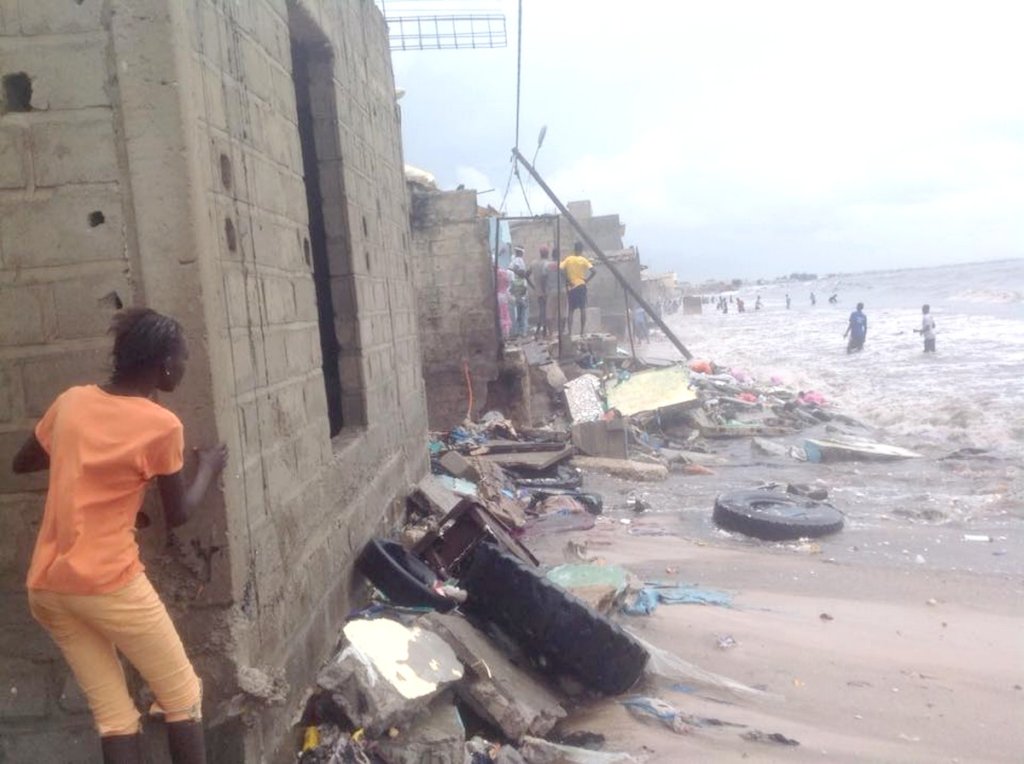 The situation of children who are victims of the ravages of the advance of my sea is increasingly precarious.
As a reminder, the advance of the sea had destroyed more than a hundred houses bordering the Atlantic Ocean in Saint-Louis of Senegal, West Africa.
This disaster caused the displacement of thousands of families who lost everything in precarious shelters in tents outside the city. Children are doubly victimized and may not go to school because of their parents' lack of resources.
Government and municipal assistance is limited to the distribution of food, sheets, blankets, etc.
But so far no one is thinking of the future of the hundreds of children who have to go back to school or who have to start school and who can not because of the extremely vulnerable situation of the affected parents.
That's why in this report we are still appealing to the fantastic community of global giving to help those children who have the right to education and food.
We sincerely hope that the call will be heard because since we posted this project we have received three donations from three wonderful people who have kindly contributed. 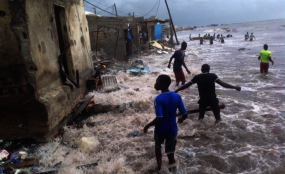 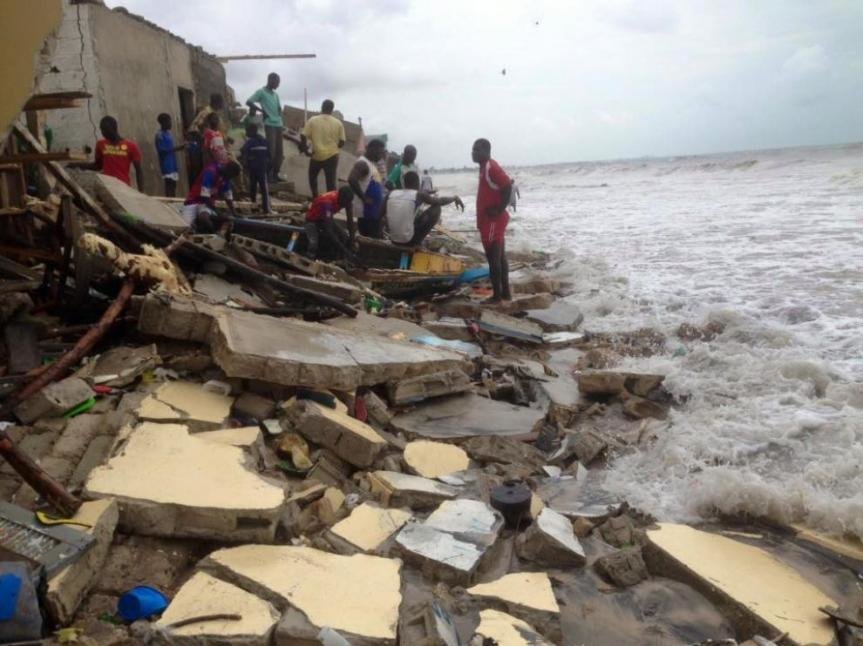 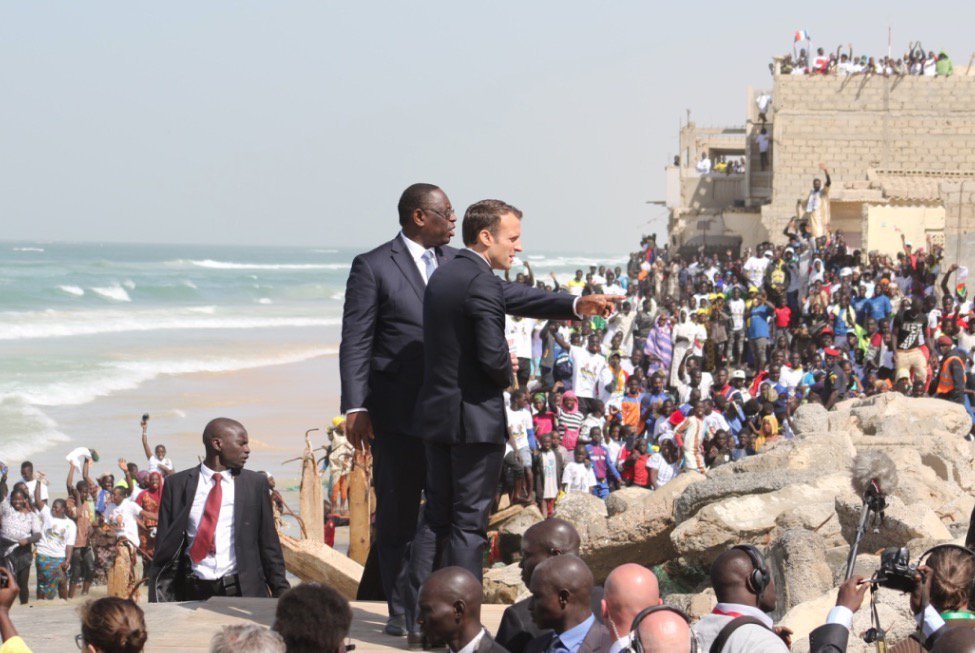 The end of the tunnel not yet seen

Since the fury of the waves unleashed on the riverside houses along the beach of Saint-Louis causing the displacement of hundreds of families in shelters of fortunes outside the city.
the situation of the affected populations is getting worse and that of the children who are most affected in this disaster.
At present, we are in winter and the rains came overwhelmed their situation. Torrential rains have torn apart several tents that serve as their dwelling place and the entire inhabited area is flooded in an indescribable way.

At this moment, the Hope Youth Association is helpless in the face of this catastrophe that overwhelms the children who are the most affected and the most invisible. because we raised only $ 70 for this well thought out project that can save hundreds of children.

We are once again appealing to the entire Global giving community to support these children in the grip of sadness and despair.

In this report we have attached a touching video filmed by an online newspaper in the city of Saint-Louis, showing the desolation and despair of the affected populations who feel betrayed by the government that made them many unrealized promises. this video is in Wolof (local tongue) and for those who do not understand Wolof then the images of the video are very explicit.

Donating through GlobalGiving is safe, secure, and easy with many payment options to choose from. View other ways to donate
Association Jeunesse Espoir (AJE) has earned this recognition on GlobalGiving:

GlobalGiving
Guarantee
Donate https://www.globalgiving.org/dy/cart/view/gg.html?cmd=addItem&projid=32477&rf=microdata&frequency=ONCE&amount=25
Please Note
WARNING: Javascript is currently disabled or is not available in your browser. GlobalGiving makes extensive use of Javascript and will not function properly with Javascript disabled. Please enable Javascript and refresh this page.