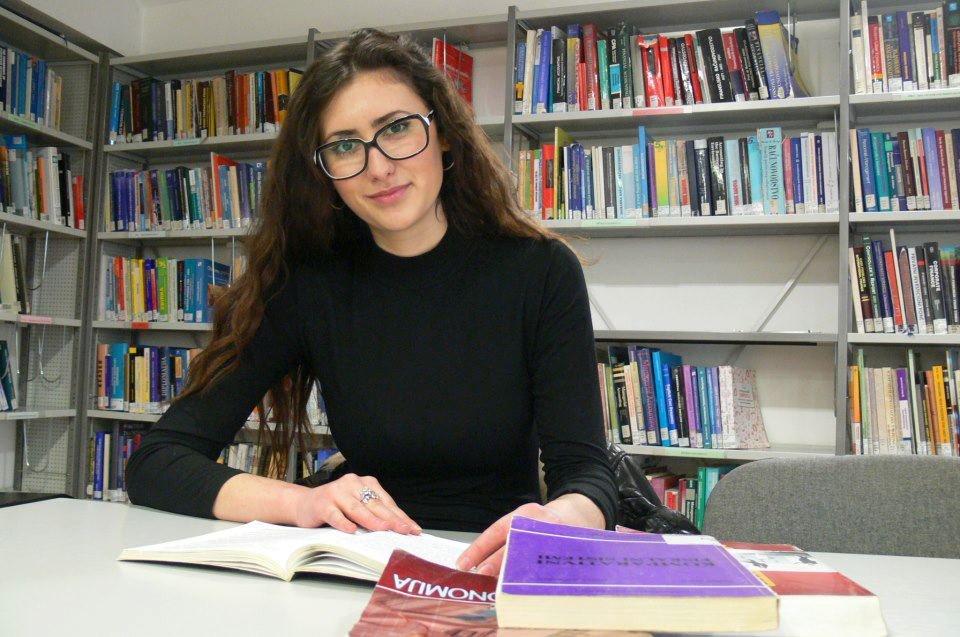 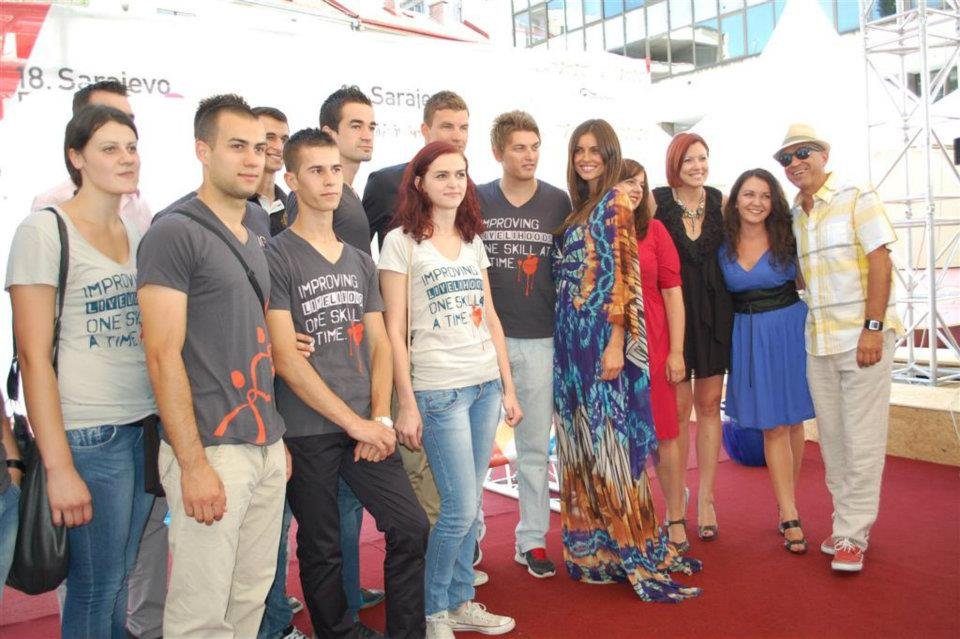 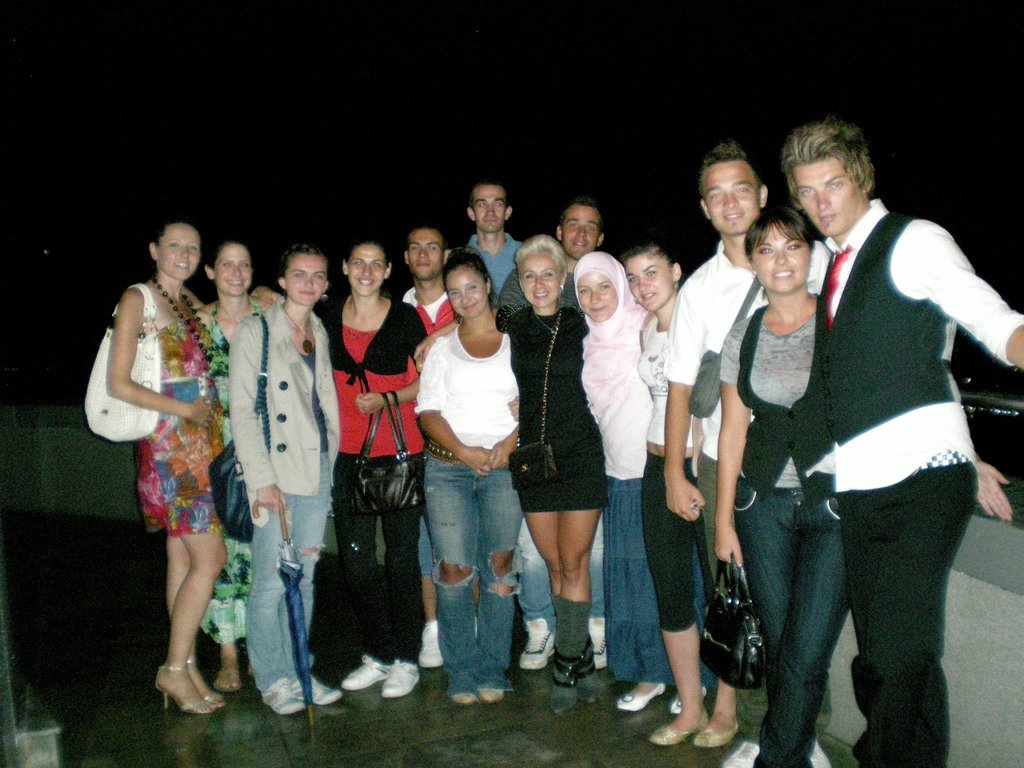 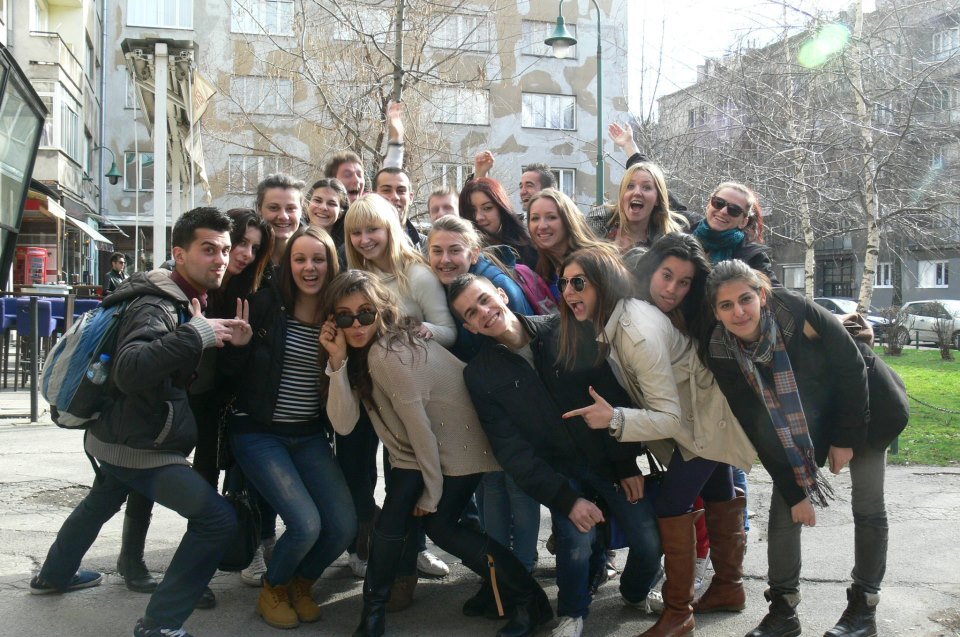 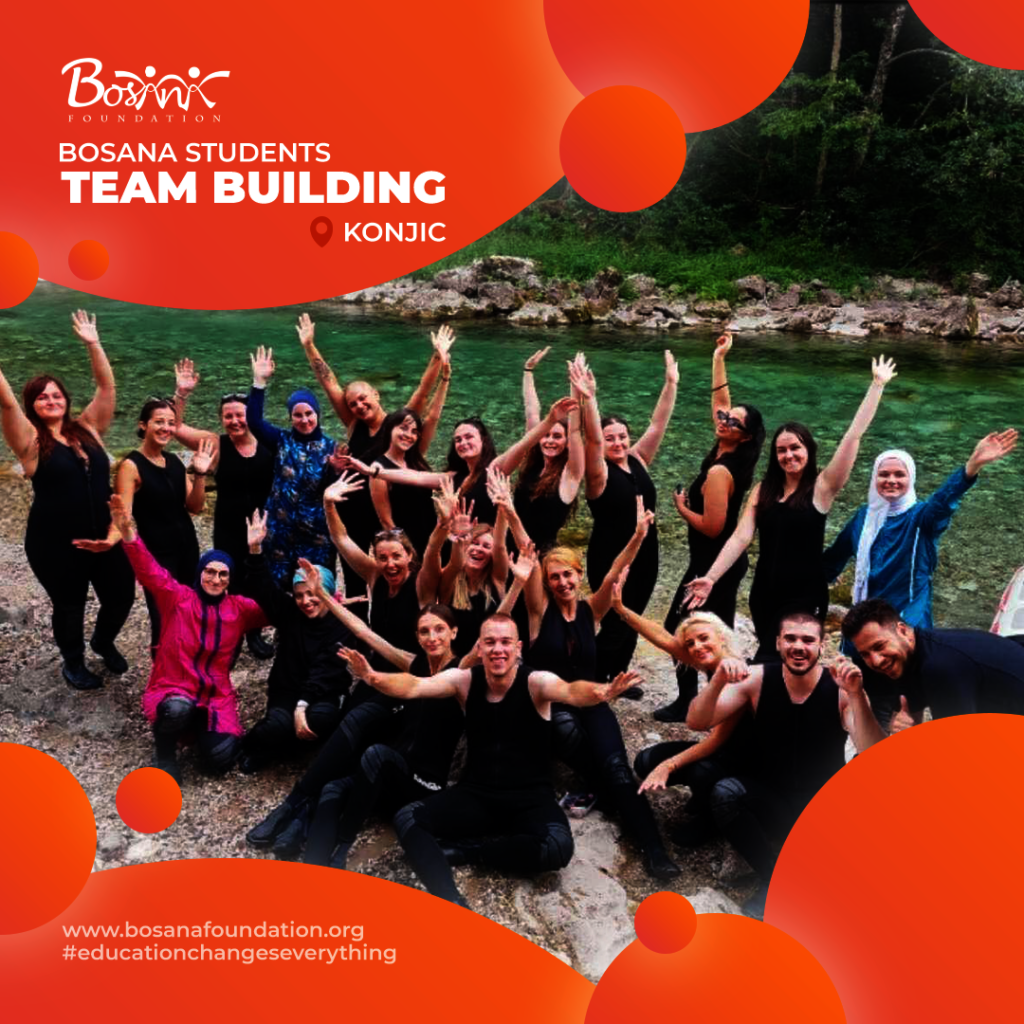 Welcome to our October issue! Third quarter of the year is the time of summer vacations as well as the beginning of a new academic year. Bosana students continued volunteering throughout the summer, some travelled, while some completed their internships. Bosana Team Building happened in August, which helped to energize our students and prepare them for the fall exam season. We are happy to share news about our new graduates and a group of new scholarship recipients.

Remember to check out our website and social media for any new developments.

This year Bosana welcomed eleven (11) new scholarship recipients from different parts of Bosnia and Herzegovina. We will share more details about the new group students in our next report.

Highlights of the quarter:

We are thrilled to share all these inspiring news about our students:

Suncica - Best Student of the Year Award! In an effort to promote student excellence, every year, the Bosana Foundation honors one student with our Best Student of the Year award. Students are awarded based on their academic performance, participation in workshops or events and any other volunteering activities. And this year, a big congratulations goes out to Suncica! Suncica obtained a degree at the School of Political Sciences, Department of Security and Peace Studies, University of Sarajevo. She is also a peer educator focused on sustainable peacebuilding within transitional and fragile states. Suncica has been working on projects focused on youth engagement in human rights and peace education processes.

"Based on a competitive selection process, I was chosen as one of six students to represent the University of Sarajevo on behalf of the Faculty of Political Science during the InPeace Intensive Course 'People, Communities, and Cities in Peacebuilding' at the University of Iceland in Reykjavik. Höfði Reykjavík Peace Center has organized this one-week intensive academic course in peace and conflict studies in cooperation with partner universities, Tampere University, UiT- The Arctic University of Norway, the University of Basque Country (UPV / EHU), and the University of Sarajevo, from the 30th of May until the 5th of July.” Said Suncica, about her exchange in Island. Suncica also attended the BOLD Fellowship Academic Program, Nebraska, Omaha, Civic Engagement Center in August.

And last but not least, Bosana Team Building Konjic

Every year Bosana students cannot wait for the summer to meet their friends from different towns and cities. This year, we had a fantastic team building in the beautiful town of Konjic. We enjoyed a day of rafting on the Neretva River, hiking on a nearby mountain, boat ride on the Jablanicko lake and a fun evening in Konjic. The highlight of the trip was Tito's Nuclear Bunker. Most of the students never had a chance to visit this historic attraction. The bunker, named Ark, is located underground and it is one of the most preserved monuments from former Yugoslavia. One section of the bunker is reserved for an art gallery. It was exciting to find out that one of the art installations belongs to Bosana’s former student Selma. Naturally, we all had to take a photo to remember this moment. It was amazing to see more than 20 of students and Bosana staff from all over Bosnia and Herzegovina. It was a successful team building event and we are very happy to share a few photos with you.

Anela is a former scholarship recipient of the Bosana Foundation, who is known to the public as the person who opened the first center for genetic counseling in Bosnia and Herzegovina - Genetika.

This summer, at the organization, Genetic Counseling Center Genetika, as part of the "Days of BHAAAS in BiH" (Bosnian-Herzegovinian American Academy of Arts and Sciences), a symposium titled "Genetic testing" was held. During those days, precisely thanks to Anela, Sarajevo was a center of science, personalized medicine, and targeted therapy. They talked about the latest approaches and use of genetics and genetic testing.

For the past year, working together with colleagues, Anela has also participated in writing the first general guidelines for breast cancer management in Bosnia and Herzegovina. Those guidelines were published in BJBMS (The Bosnian Journal Of Basic Medical Sciences).

At the beginning of September, Anela was a lecturer for the "Genetics of Breast Cancer in Young Women".

"Students for Humanity" project has been active for six years now. Bosana students each month put aside 2KM that Bosana also matches. Current students and alumni students alike continue to contribute to this project so the impact is very significant.

In this quarter, students carried out three different humanitarian projects. 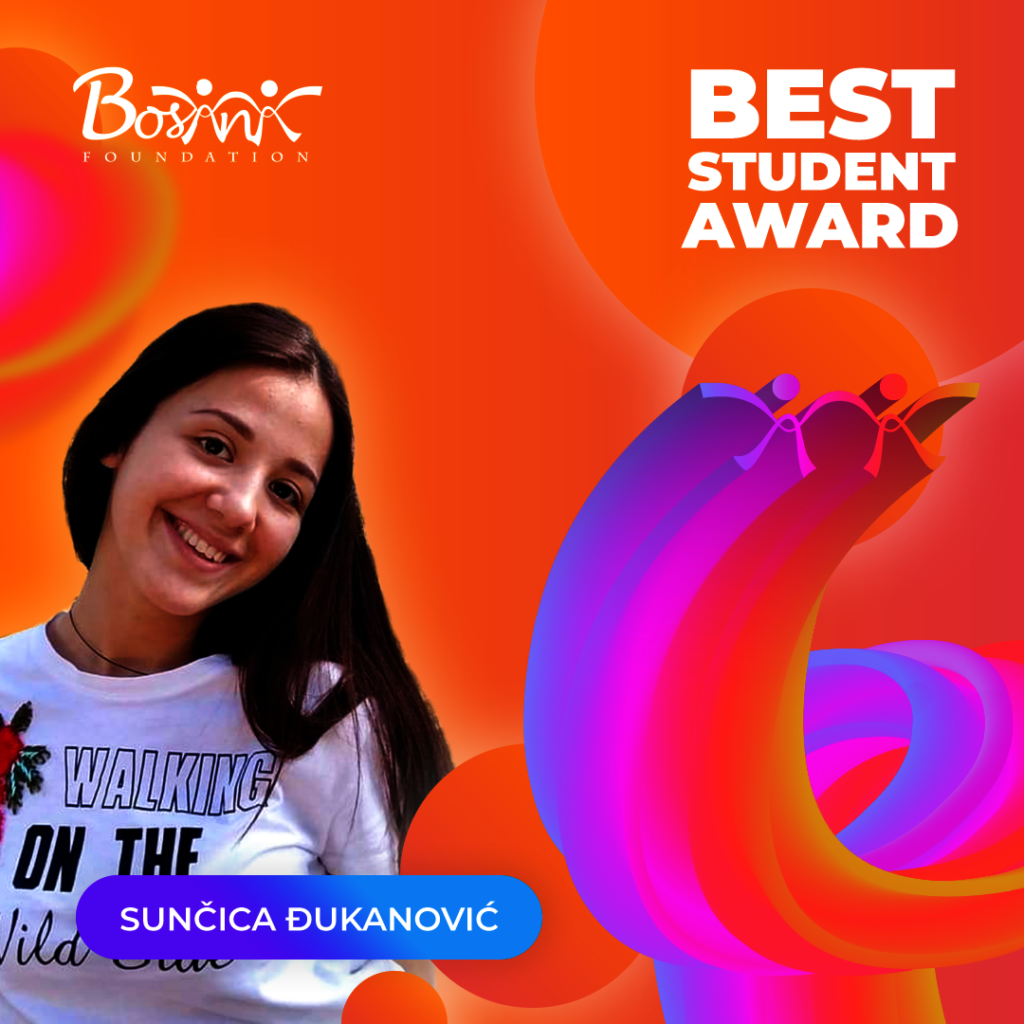 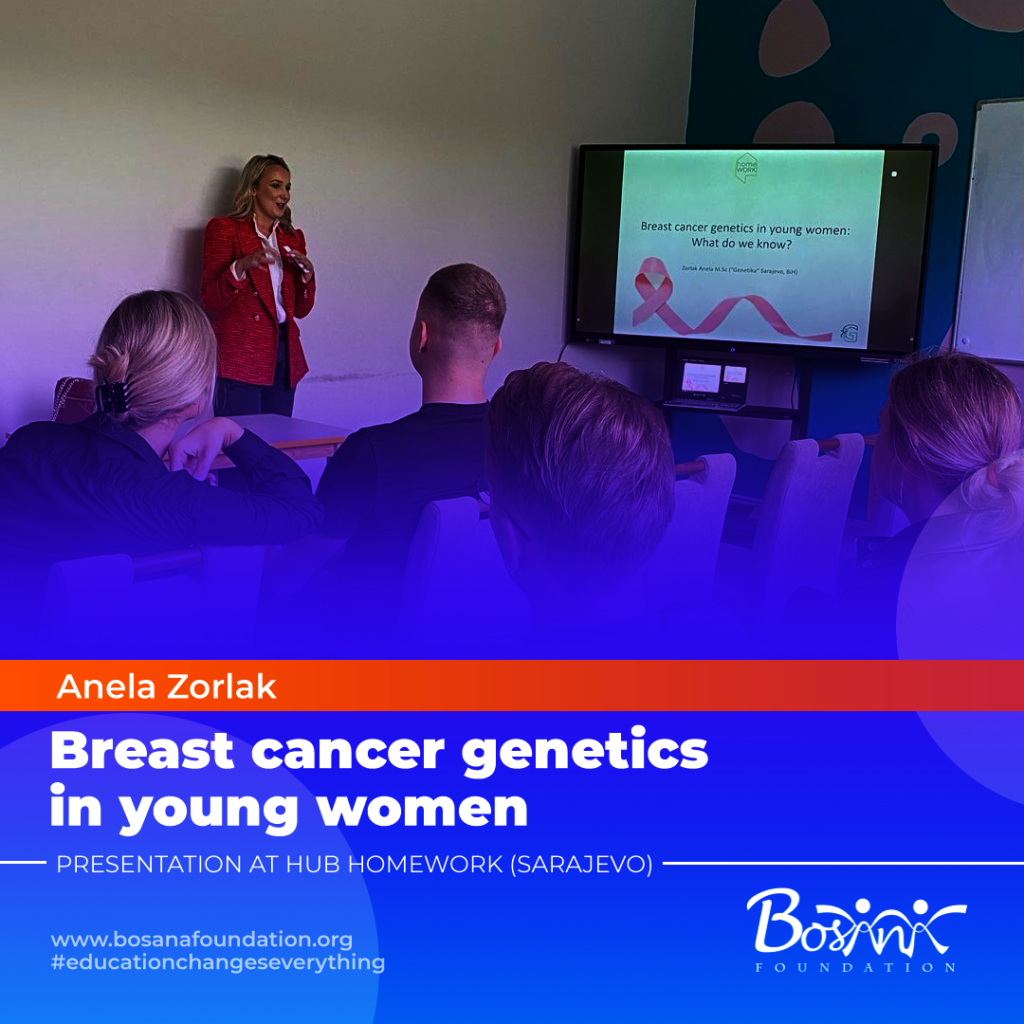 Donating through GlobalGiving is safe, secure, and easy with many payment options to choose from. View other ways to donate
Bosana Foundation has earned this recognition on GlobalGiving:

GlobalGiving
Guarantee
Donate https://www.globalgiving.org/dy/cart/view/gg.html?cmd=addItem&projid=12774&rf=microdata&frequency=ONCE&amount=25
Please Note
WARNING: Javascript is currently disabled or is not available in your browser. GlobalGiving makes extensive use of Javascript and will not function properly with Javascript disabled. Please enable Javascript and refresh this page.