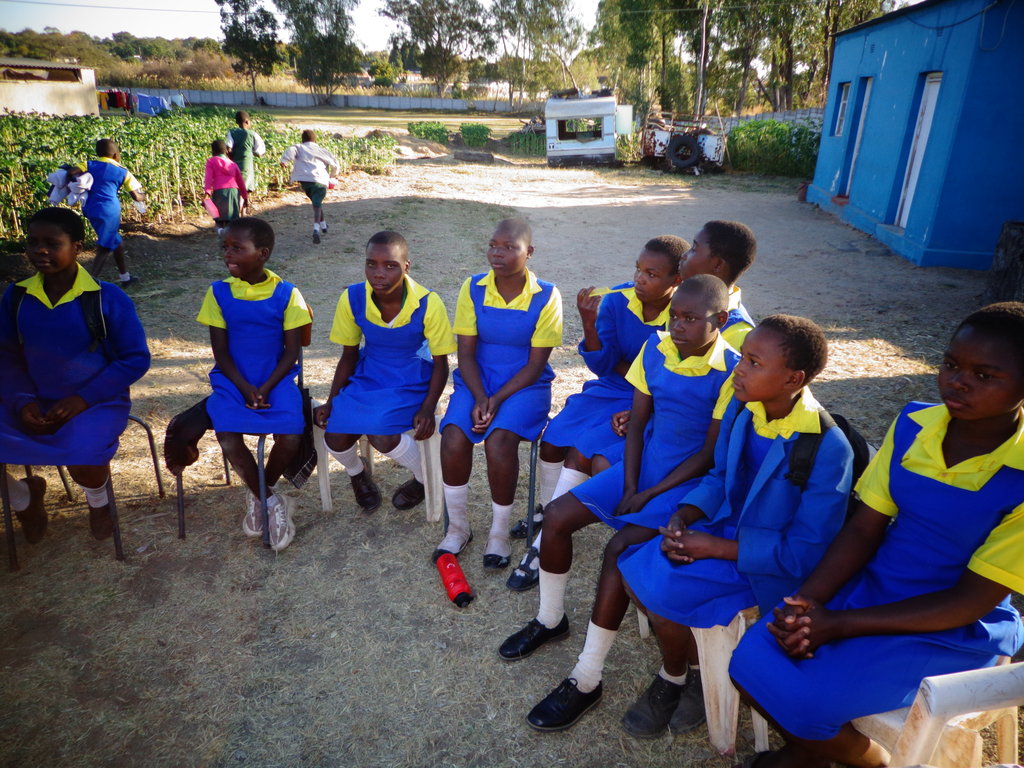 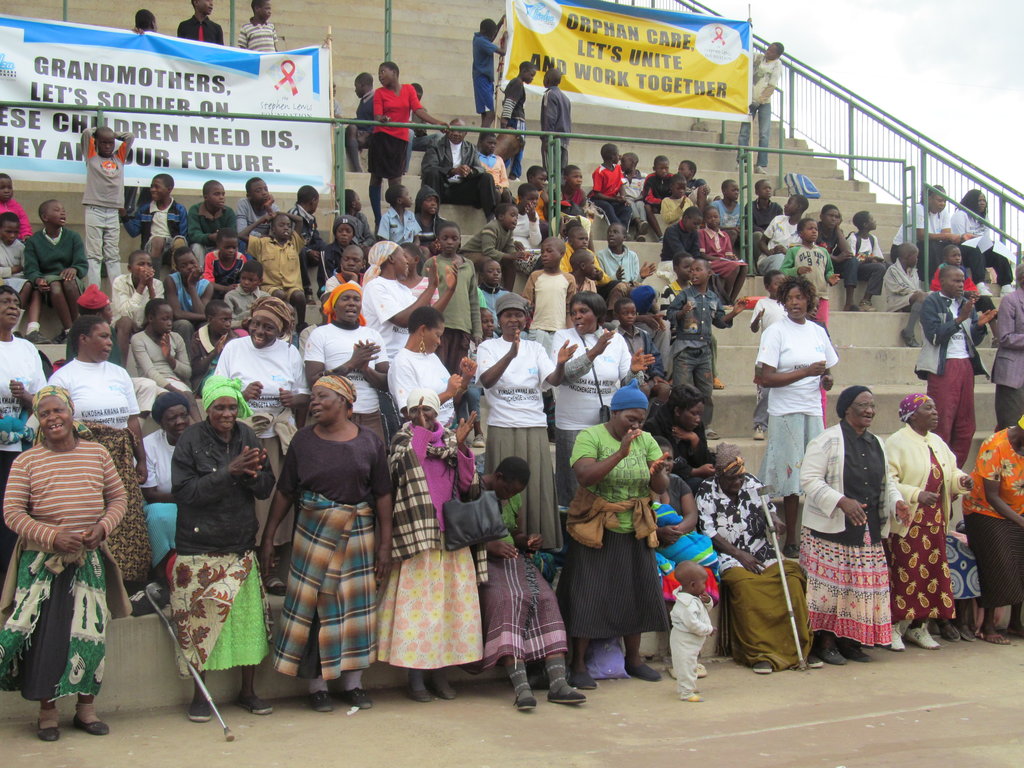 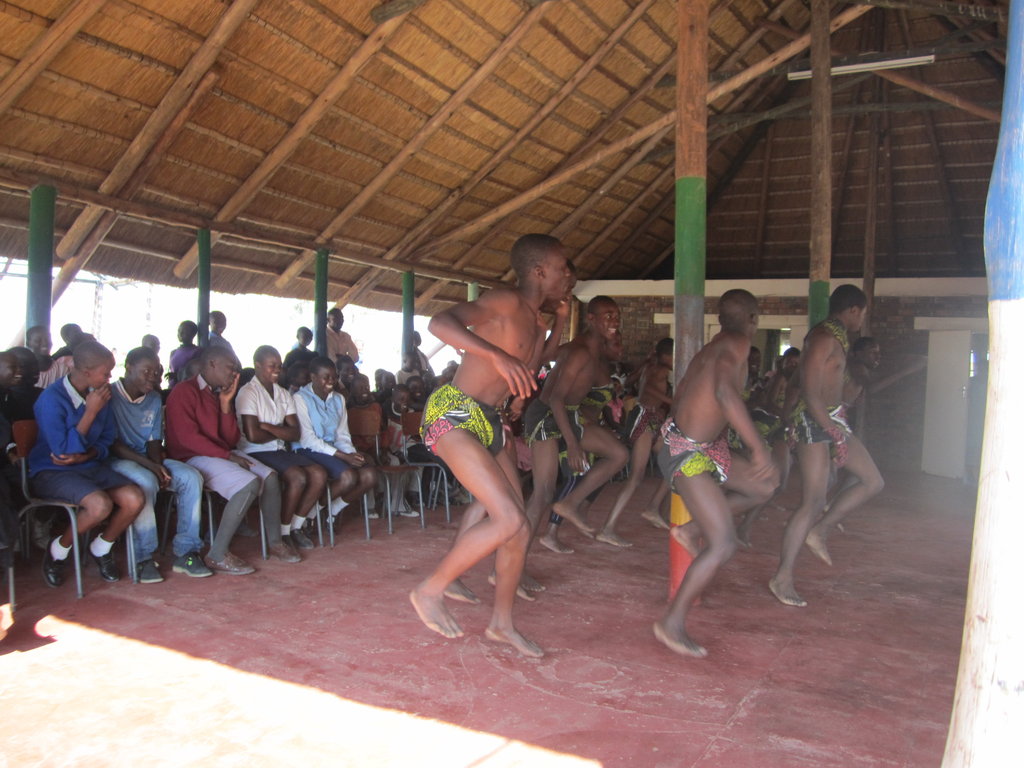 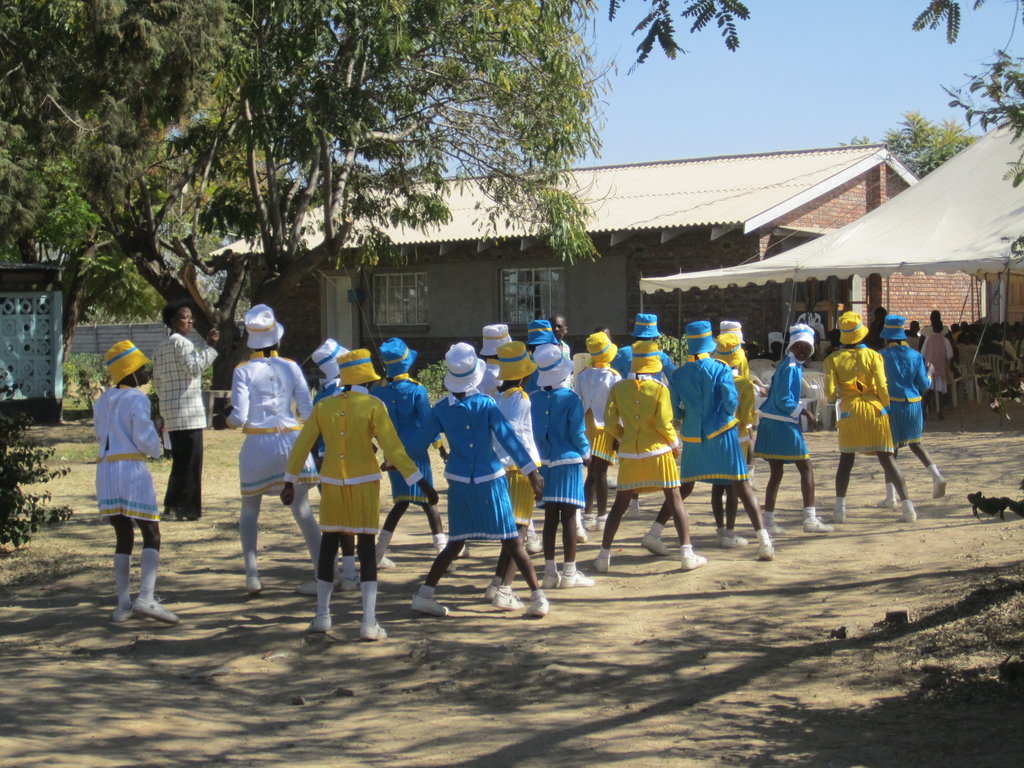 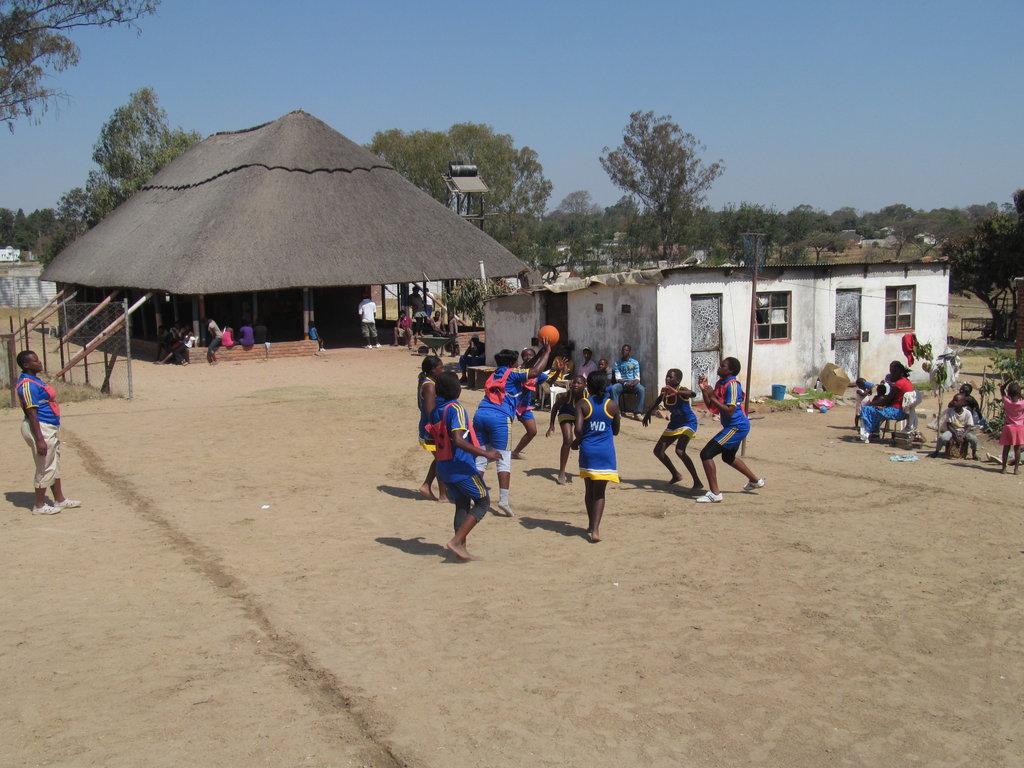 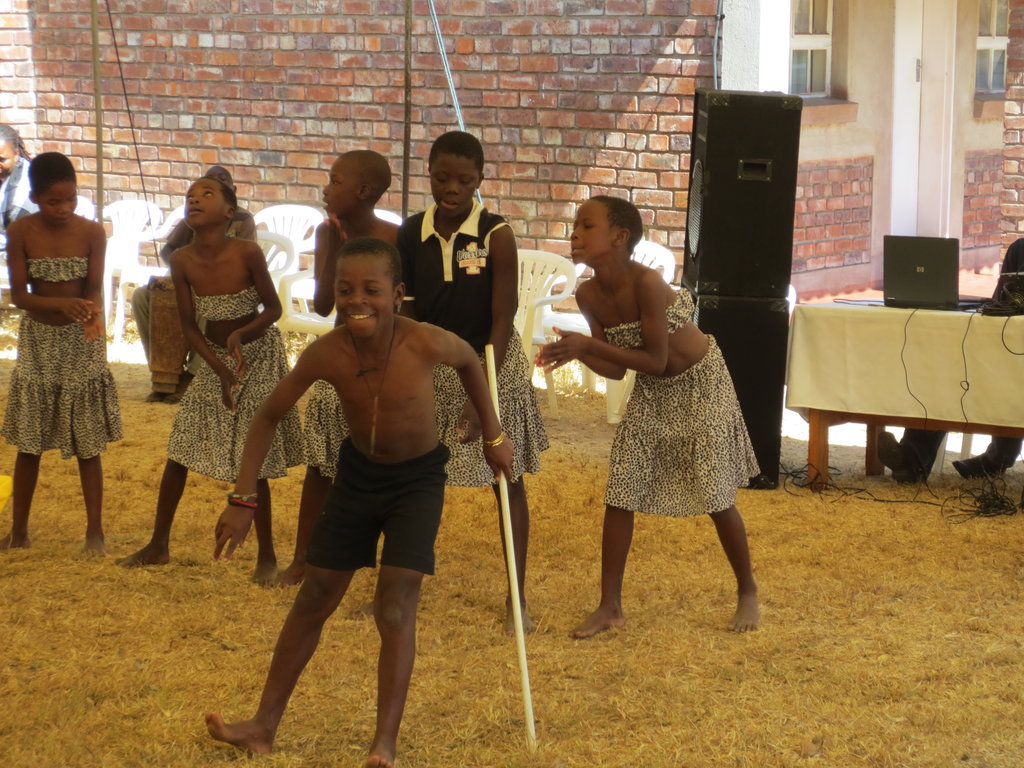 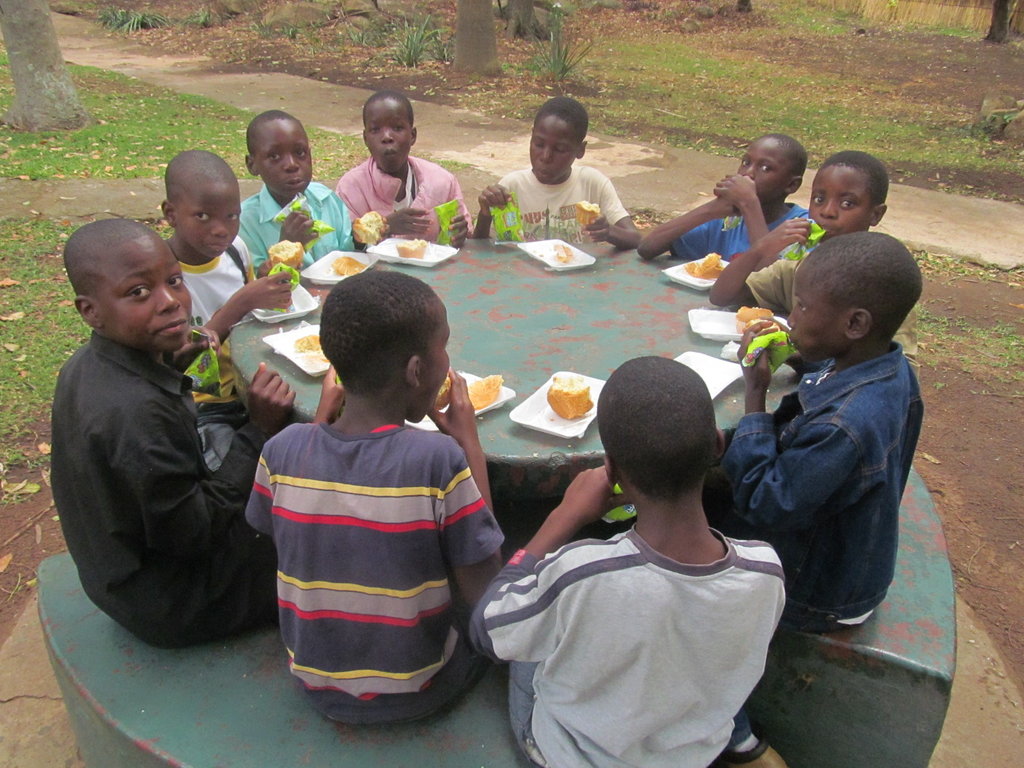 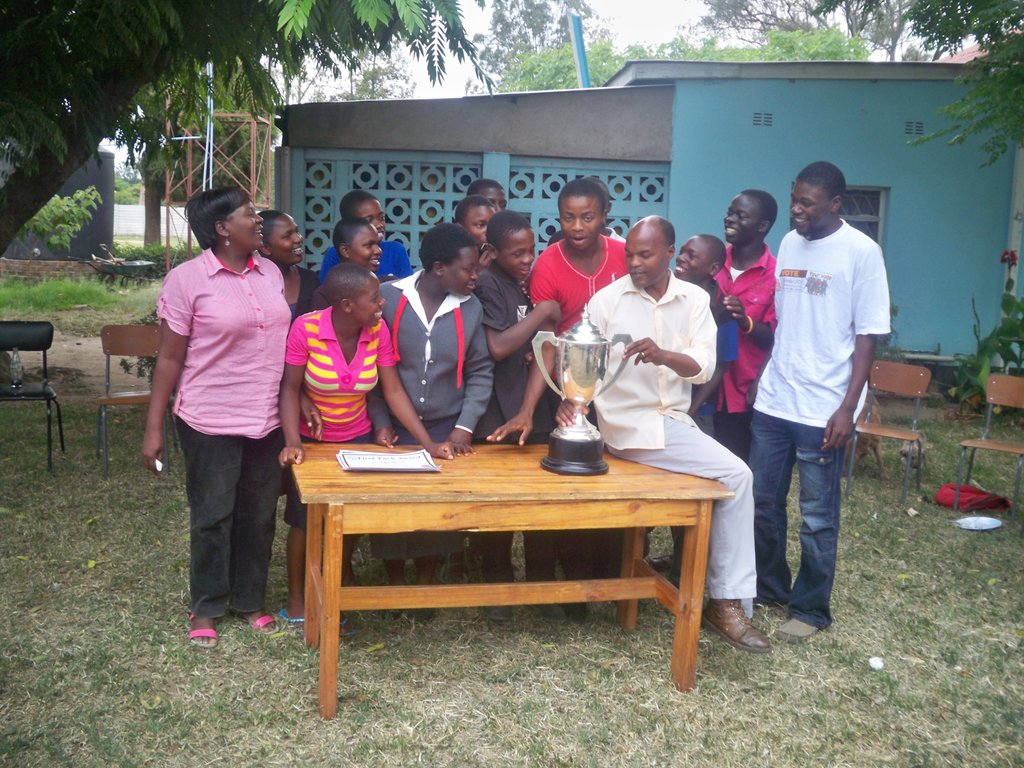 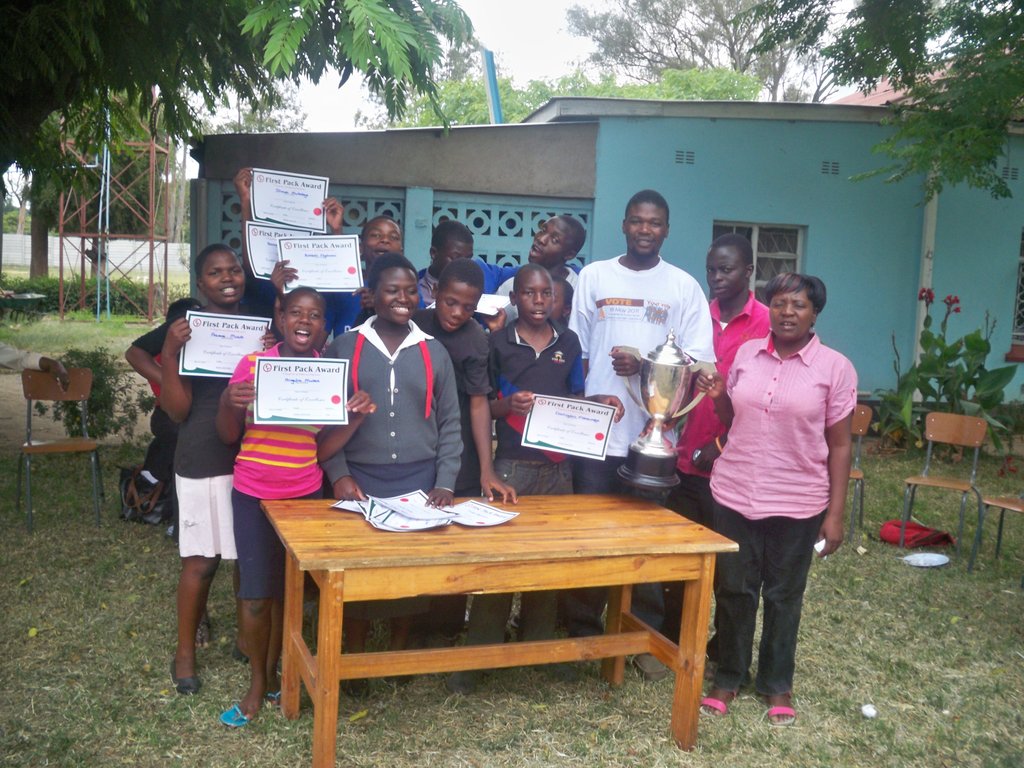 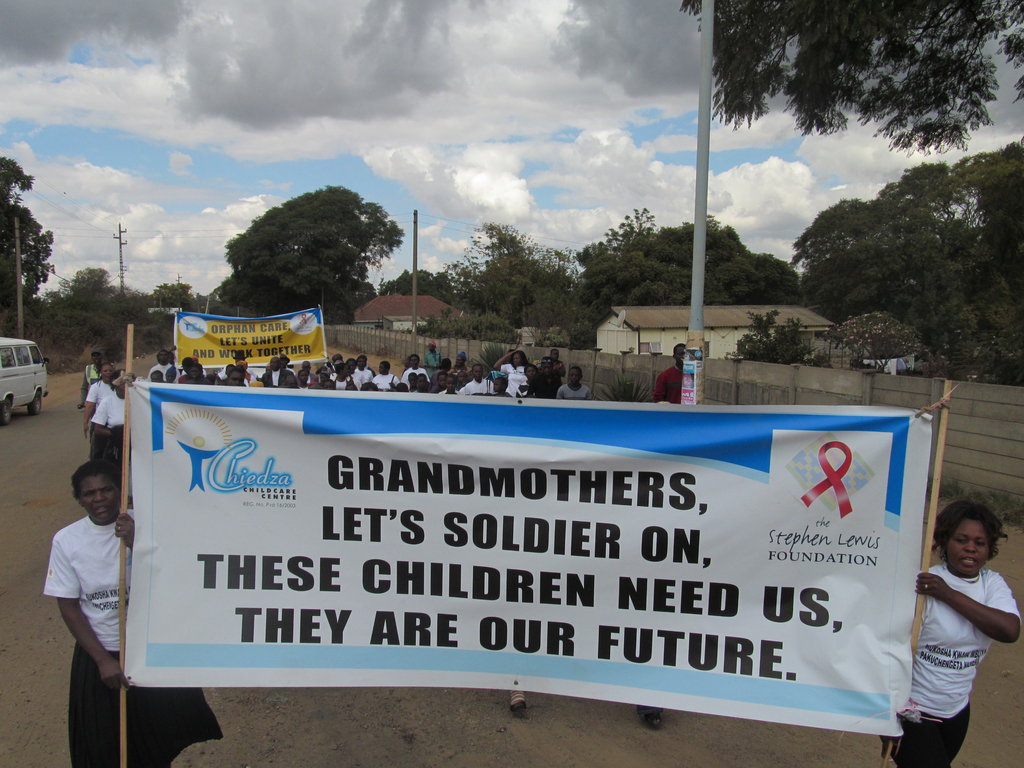 Survival during the COVID-19 Pandemic 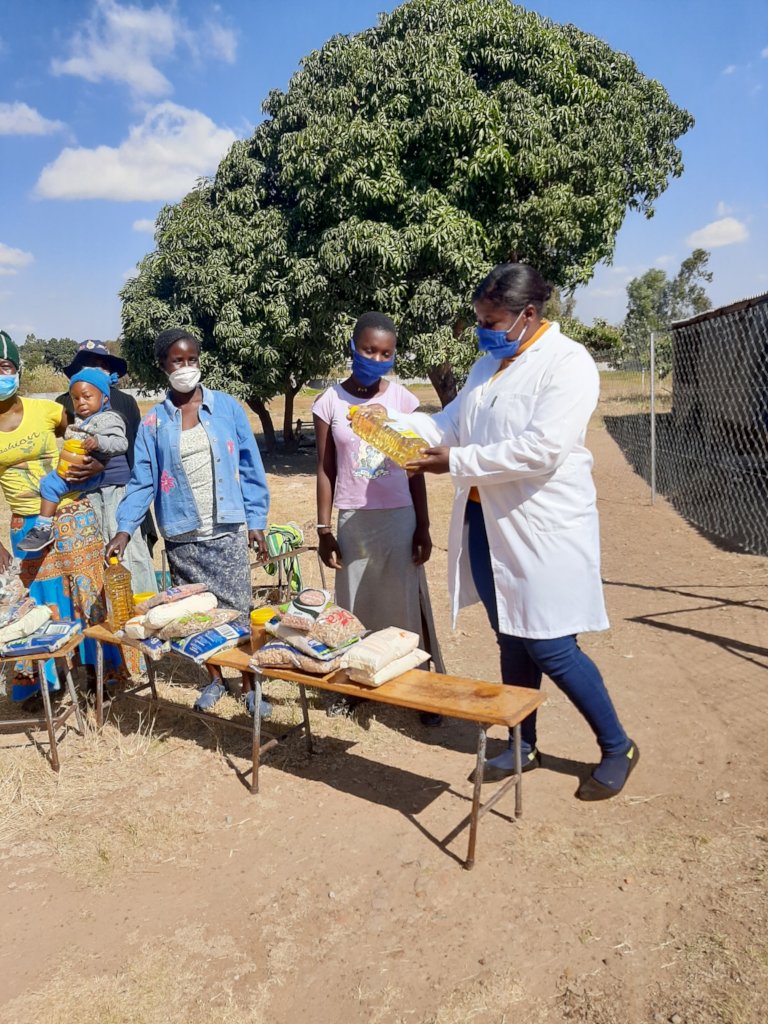 Hoping to find you safe!

Before I update you on what has been happening in the past few months, I want to start by saying a BIG THANK YOU for your continued support even when your resources where constrained during this COVID-19 pandemic. It is a time that we thought you would stop supporting us as other emerging needs would top your list especially your health and safety, but you remained resolute to your commitment to support our cause.

Schools in Zimbabwe closed in March 2020 due to COVID-19 and we also closed our out of school study group for children out of school. As they would come to school, we would support them with meals through the soup kitchen. Closure of schools meant no more feeding for these children. Initially we re-opened the soup kitchen to feed those that were able to come but we later closed it again due to the heightened risk of COVID-19 infection. We knew that the families would struggle to feed those children. We then changed the strategy and began focusing on providing dry food packs to the families instead of preparing meals for the children. We were distributing food to 50 families on average per month, reaching to 250 people in those families (5 members per family on average).  We achieved all this through your unwavering support. Thank you. We hope schools will re-open as planned before end of year and that COVID-19 will ease off for the safety of children and everyone else.

Kindly keep supporting our cause as we want resources for preparation of re-openig of our out of school study group, food, stationery, uniforms, volunteer stipends and school fees. Kindly follow and like us on our Facebook https://www.facebook.com/chiedzachildcarecentre 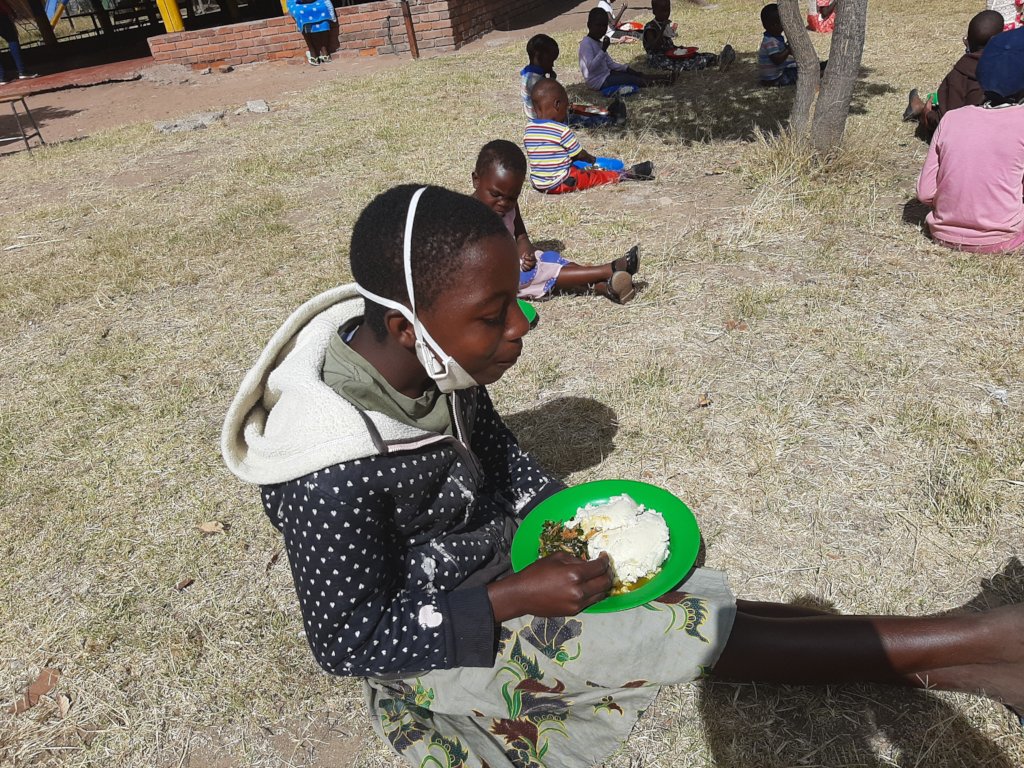 Missing School during COVID-19 lock down 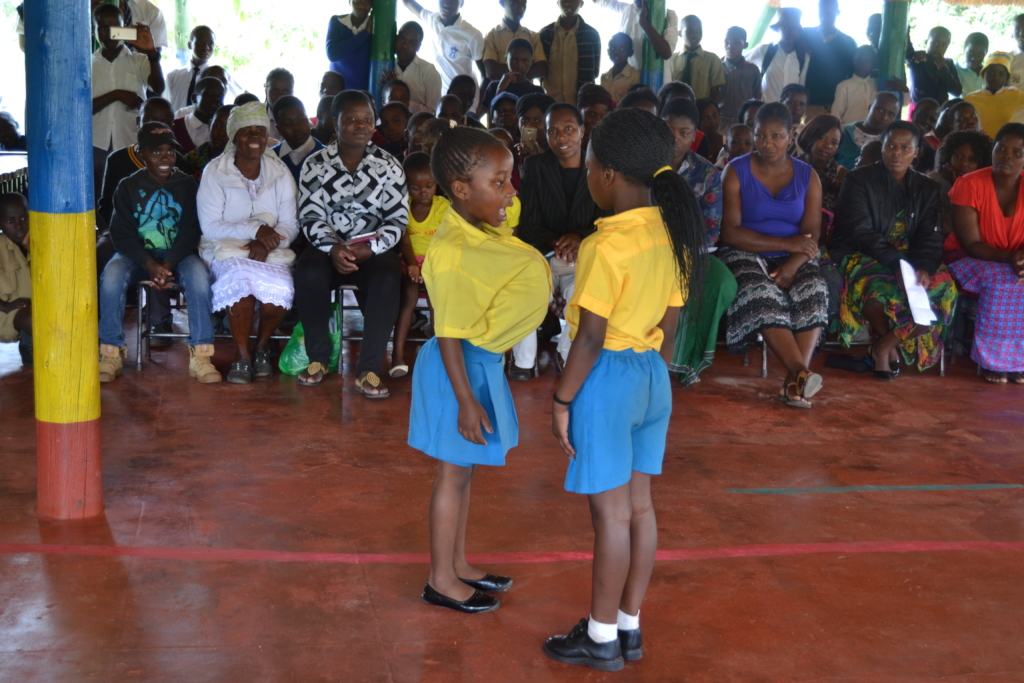 I hope I find you safe during this COVID-19 pandemic.

I really want to thank you dearly for your continued support even under extreme circumstances like the COVID-19 pandemic. It was an ideal time for you to refocus your resources on your families or other priorities but you  continued to support our cause. Of course the pandemic has disrupted the normal routine and we are all wondering if there is anything called going back to normalcy. It is even more confusing for school children who are still on a long holiday without much hope of reopening.

While businesses have opened in Zimbabwe, schools are still closed.  The children are affected as they are not able to maintain continued learning at home. This is worse for the chldren we are supporting; those who were already out of school and were trying to offer them catch-up lessons. This implies that when the schools open they need more contact time to catch up with their peers.

Kindly help us to prepare for reopening as we will need gloves, disinfectants, masks, food, soap, and adeqaute furniture for social distancing. 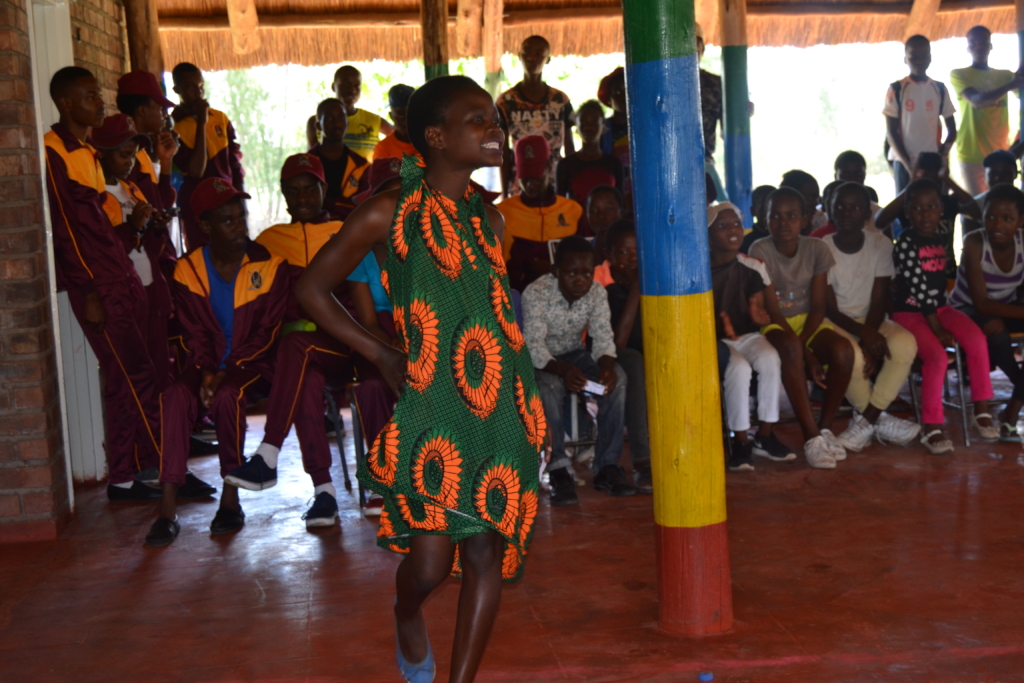 modelling contest for out of school children

We are excited that we have entered a new year, not only a new year but a start of a new decade. It means a lot to children out of school who had lost hope in life but because of your generous support can also look up to achieve something in the coming decade.

We hope you had a great time during the festive season and hopefully your 2020 is promising. Just to let you know that all your donations are not in vain because this year we are sending back 20 children to formal schools. The children are happy and anxious at the same time since it is something that they had never dreamt of without your support.

More and more children are waiting for their chance to go back to school. Kindly keep telling your friends about our cause. The funds are used to buy stationery, school uniforms, food, pay volunteer stipends, schools fees  and furnituure. You can also like us of facebook https://www.facebook.com/chiedzachildcarecentre 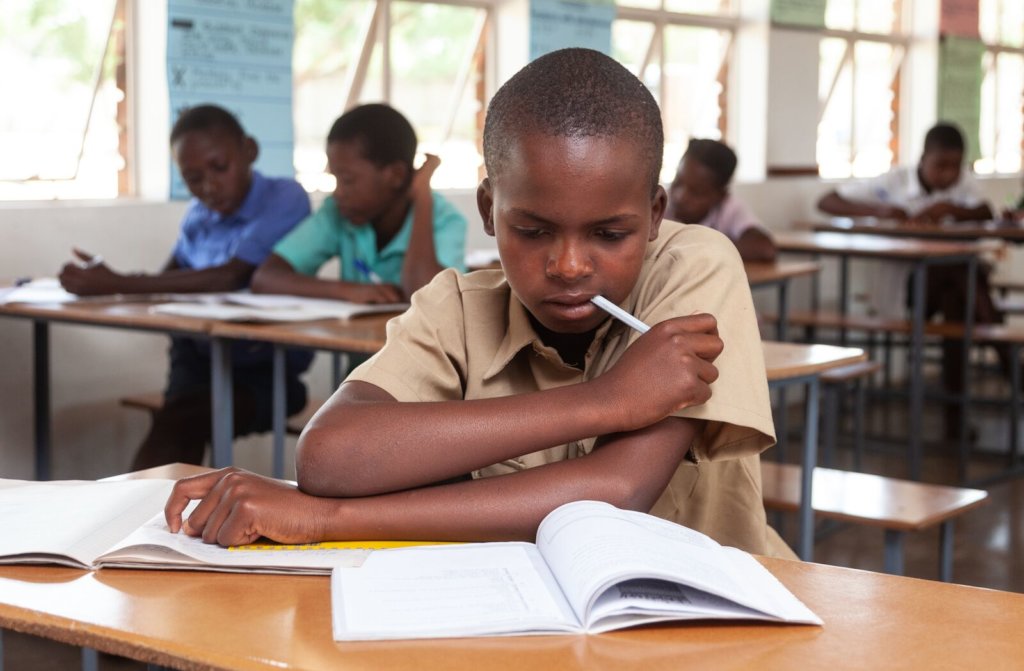 The year is moving so fast. We are already talking about year end and some are already packing bags for festive season gettaway! In Zimbabwe, Jacaranda trees are blooming signaling a new season. For school children, the decorative color of the Jacaranda trees signals a crucial time in their lives...exam time.

Exam time brings a lot of mixed feelings; fear, anxiety, excitement and hope. We are happy that after your long standing relationship with our cause of sending back children to school, we now have a couple of children who are ready to sit for public exams this summer.  We have 3 learners sitting for A' level exams and 10 learners sitting for O' level exams. It has been a long journey for them but worthy waiting for!

I kindly ask you to continue spreading a word to your networks about our cause #Second chance education for orphans in Mbare! 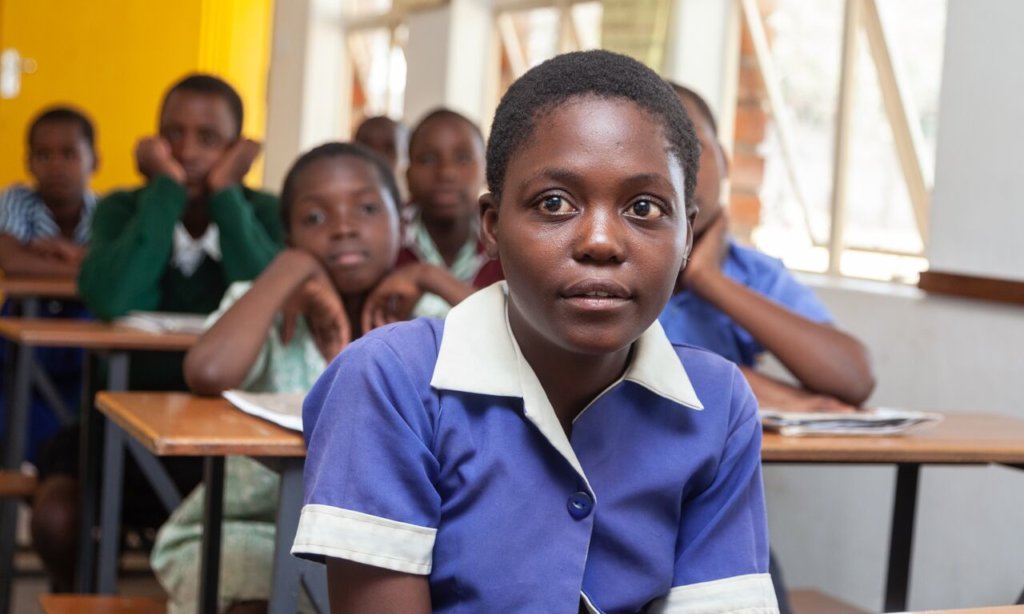 I am happy to share one of the learners' story who is happy with your support.

"Keeping the light on in one of the darkest periods in the country’s history is what Chiedza is doing. Like the name suggests for Florence, Chiedza has indeed brightened her path. From a very young age she experienced limited access to the basic essentials of life, education her very means to rise up from a vulnerable past, a past shadowed by poverty. Florence’s parents separated and she was left in the care of her mother who doesn’t go to work and her father relocated to Mozambique where they originally come from. In the care of a mother who does not go to work her dream of getting a decent education that can help to escape the clutches of poverty was shattered.

She dropped out of school in 2015 while doing form 2 in Tafara and spent the whole of 2016 at home doing menial jobs like selling on her mother’s small vegetable stall, would also participate in maricho, helping other people in their fields or doing laundry for others. In the desperation of the moment Chiedza came to the rescue, Florence moved in with her 33 year old sister who stays in Matapi flats in Mbare. Florence enrolled at Chiedza in the second term of 2017 and she proved herself among her peers. She wrote her O’ levels in 2018 and passed with 6 subjects in one sitting an accomplishment she never thought she could achieve. This was another step towards her dreams. Through Chiedza’s intervention she started school on the 11th of February 2019 Florence at George Stark High School for her A’ levels. She is doing arts subjects, History, Divinity and Sociology. In her own words it is an unimaginable milestone in her life she said,

“Monday the 11th of February 2019 marked a new day in the life of a future lawyer that will forever be grateful to Chiedza for the opportunity they gave me, at some point in my life I was hopeless and never thought I would go beyond form 2 when my mother failed to raise money for my school fees, but now I am hopeful again and knows that one day I will be a lawyer fighting for the rights of children.”

Law has always been her passion but her background threatened to choke and strangle her ambitions until Chiedza’s intervention came at the right time. Now Florence and others with stories like hers can hope and dream again.

Kindly keep supporting our cause so that more children like Florence can benefit.

Donating through GlobalGiving is safe, secure, and easy with many payment options to choose from. View other ways to donate
Chiedza Child Care Centre has earned this recognition on GlobalGiving:

GlobalGiving
Guarantee
Donate https://www.globalgiving.org/dy/cart/view/gg.html?cmd=addItem&projid=11224&rf=microdata&frequency=ONCE&amount=25
Please Note
WARNING: Javascript is currently disabled or is not available in your browser. GlobalGiving makes extensive use of Javascript and will not function properly with Javascript disabled. Please enable Javascript and refresh this page.