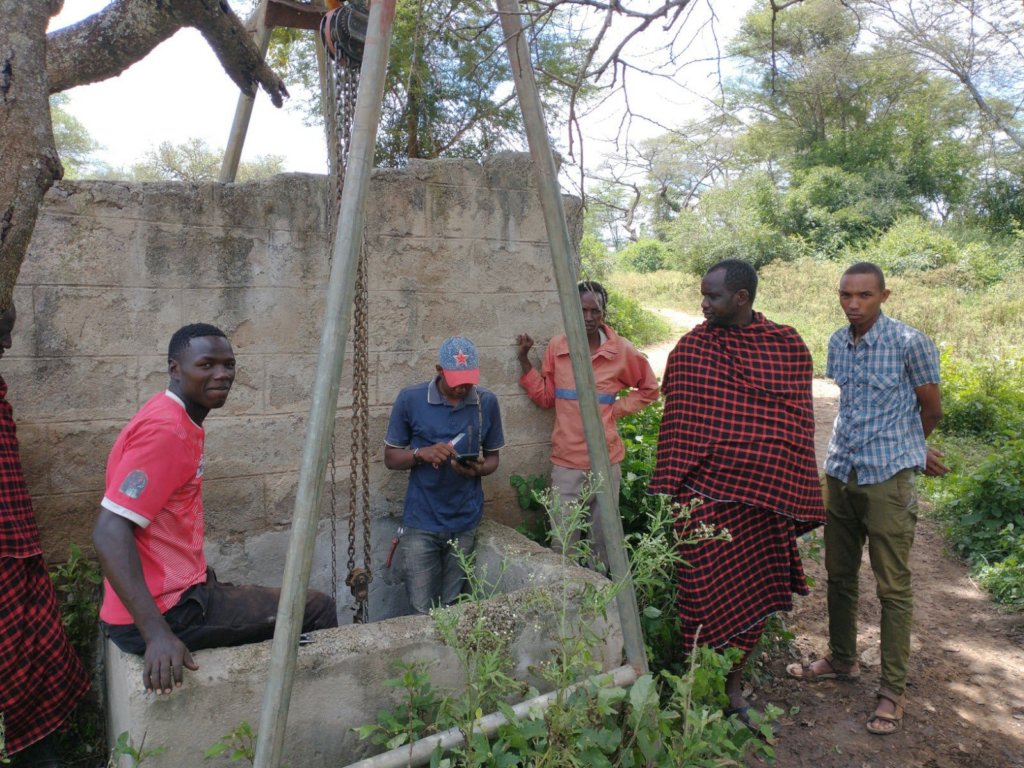 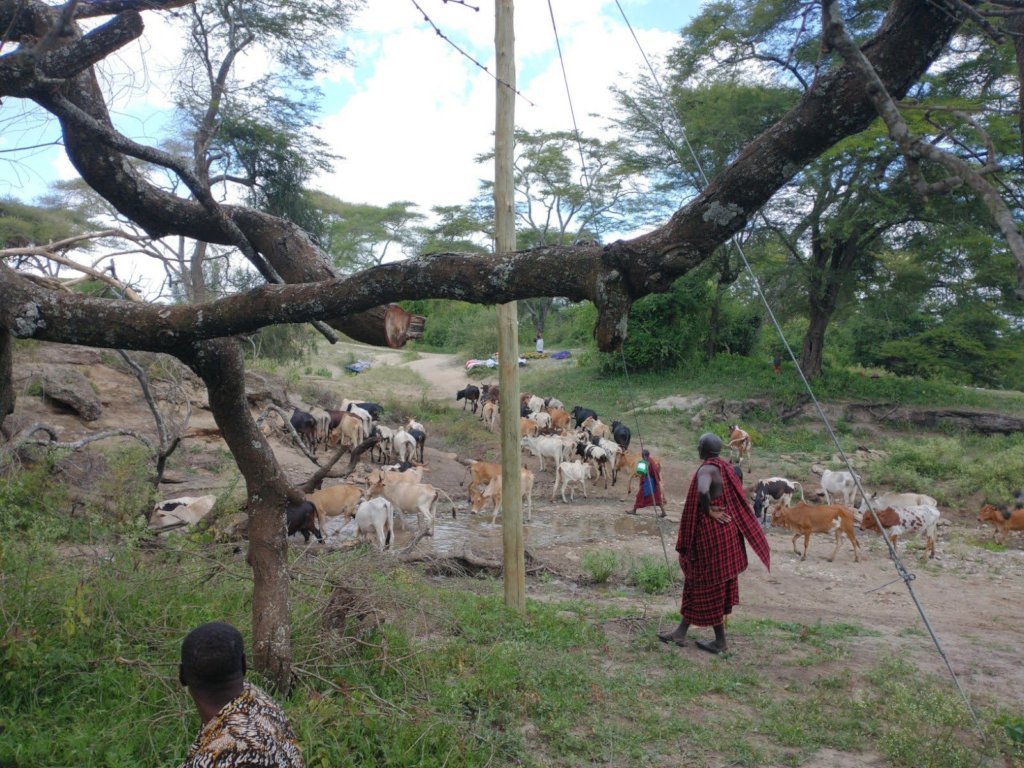 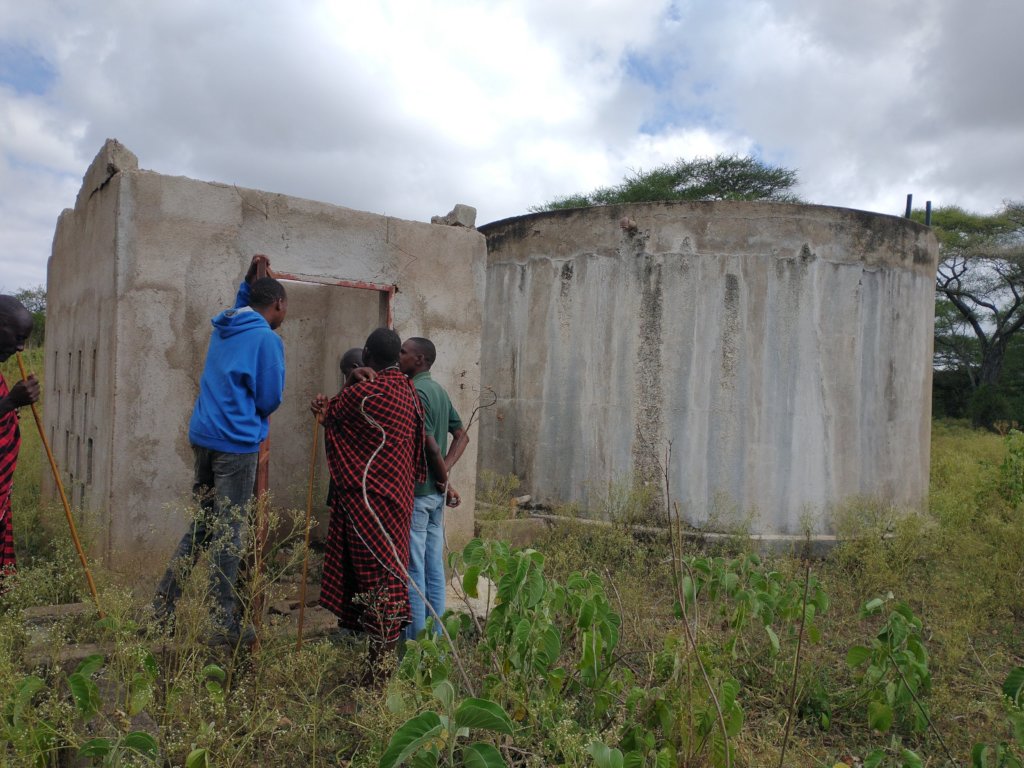 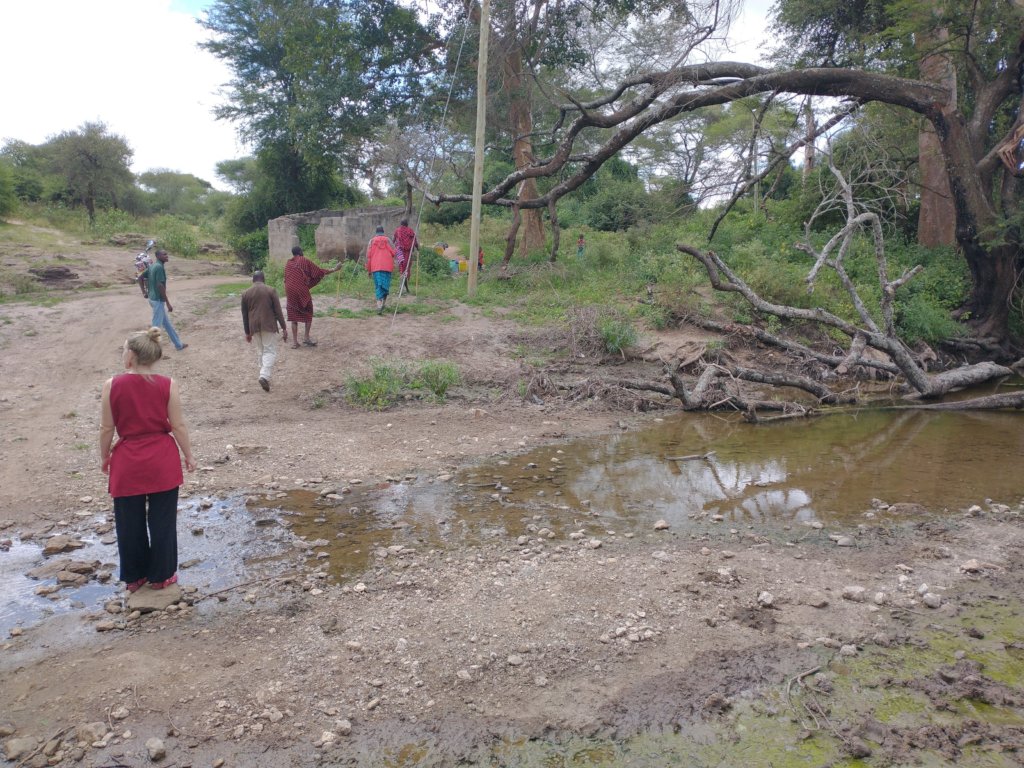 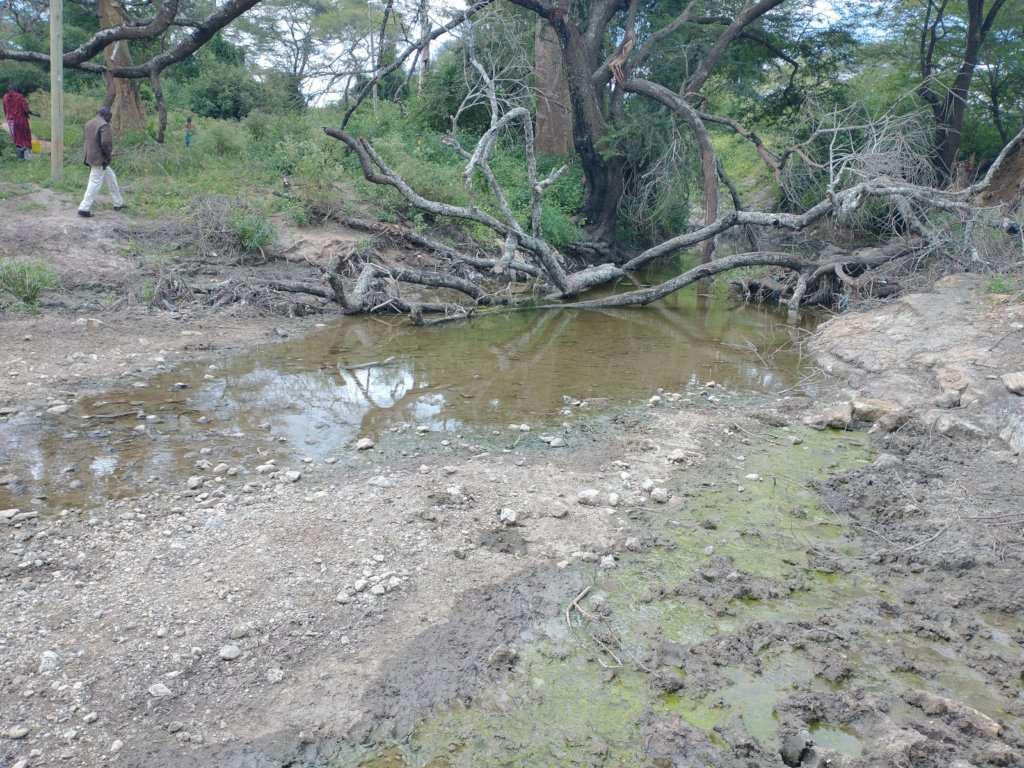 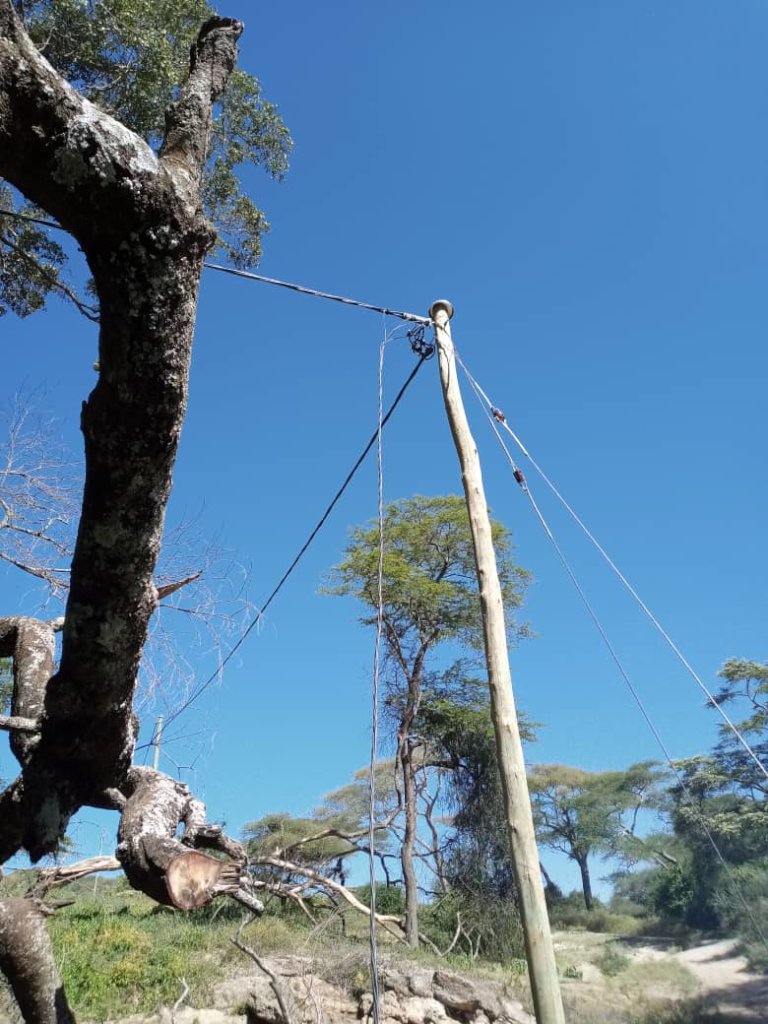 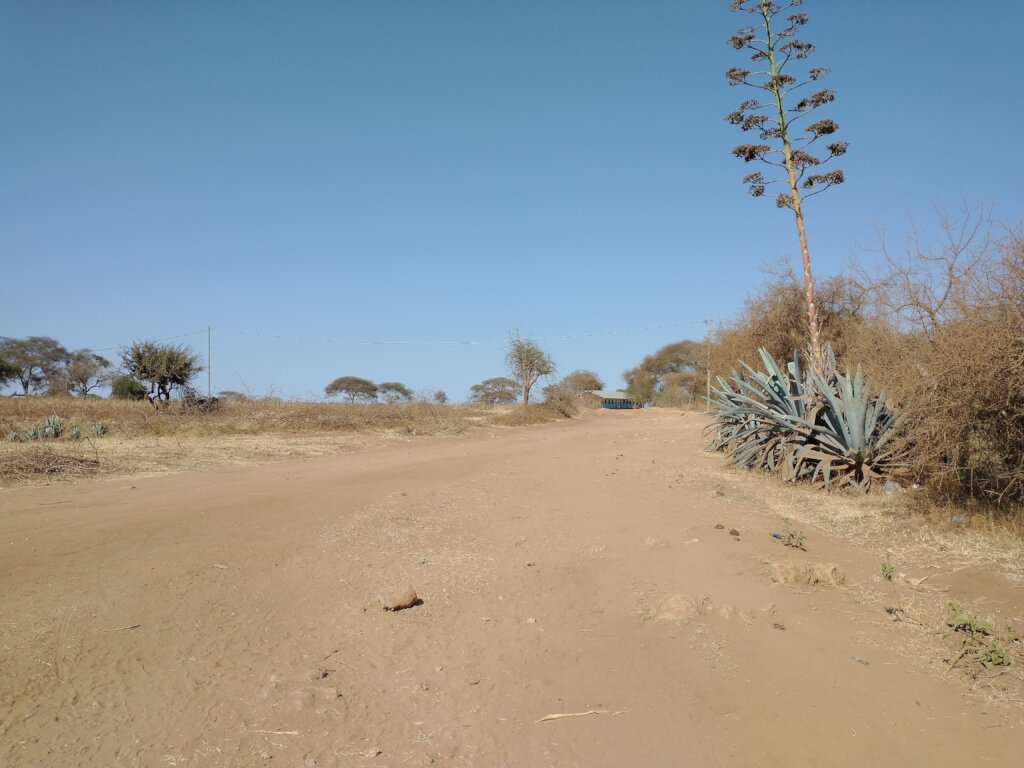 Thank you for your generosity so far in this project to help rehabilitate the community water system in Terrat, Tanzania. The need has never been as pressing. During November and December, this part of East Africa expects the 'little rains' to come. Sadly, for the third year running, the weather has been disrupted. Last year there was too much rain - there was flooding and crops were washed away.This year, the rains have failed. Only two or three days of showers have been experienced since June.

This makes access to water from boreholes even more important for the local population. The problems of the lack of rain are much wider - they have been unable to plant the usual crops. Normally beans would have been planted in November/December, for harvest in January/February, that would help feed familes throughout next year. But the soil is hard and dry, and nothing can be grown for now. This also means that there is little food for the cattle upon which the Maasai also rely, and cows are reporting as dying in their thousands.

So as you see, helping with the local water system is of the utmost urgency. As ever, if you would like to share this project with friends and family, we and the people of Terrat would be extremely grateful.

We thank you for your support so far, and look forward to updating you soon!

"Slow going in Terrat" - Next »
Comments:

Project Leader:
Bernie Jones
Abingdon, Oxfordshire United Kingdom
$264 raised of $15,000 goal
You last donated to this project on
6 donations
$14,736 to go
* Amounts in US Dollars
Donate Now
Donate once
Donate monthly
$10
USD
will provide clean water to the community for a day, by paying for the electricity necessary to run the water pumps
›
$20
USD
will pay for security lights for the water points and pumps, to cut the risk of damage during the night
›
$60
USD
will pay for a 100m roll of plastic water pipe, to connect the borehole to more remote parts of the community
›
$180
USD
will replace missing galvanised pipes to connect the borehole to the water distribution points
›
$200
USD
will provide a new roof and secure doors for the booster pump building
›
$400
USD
will pay the connection fee to be able to power the borehole pumps from the newly installed electricty grid in Terrat
›
$2,000
USD
will buy a 10,000 litre water tank, to ensure reliable supply of water to the community even during a power outage
›
$3,000
USD
will buy a new booster pump to enable the water to be distributed further into the community from the borehole, cutting 4km from the distance children need to walk to fetch water for the family
›

Donating through GlobalGiving is safe, secure, and easy with many payment options to choose from. View other ways to donate
Smart Villages Foundation has earned this recognition on GlobalGiving:

GlobalGiving
Guarantee
Donate https://www.globalgiving.org/dy/cart/view/gg.html?cmd=addItem&projid=50970&rf=microdata&frequency=ONCE&amount=25
Please Note
WARNING: Javascript is currently disabled or is not available in your browser. GlobalGiving makes extensive use of Javascript and will not function properly with Javascript disabled. Please enable Javascript and refresh this page.