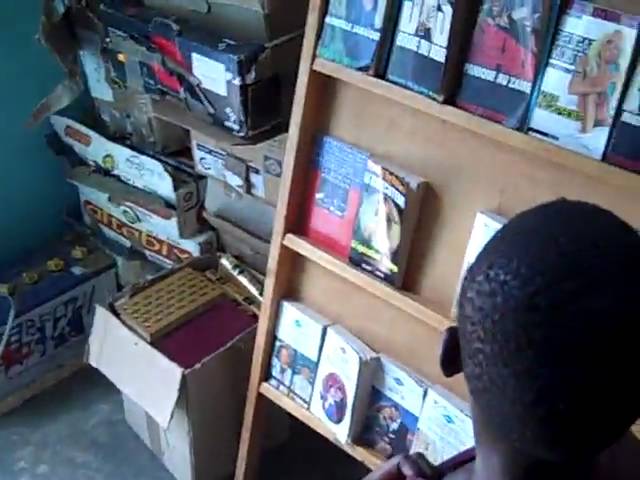 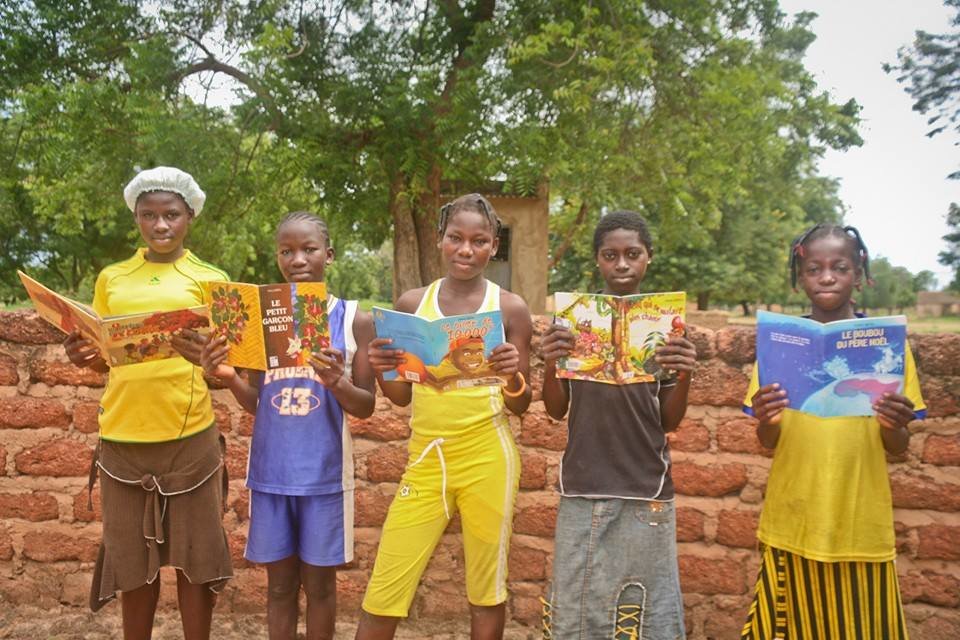 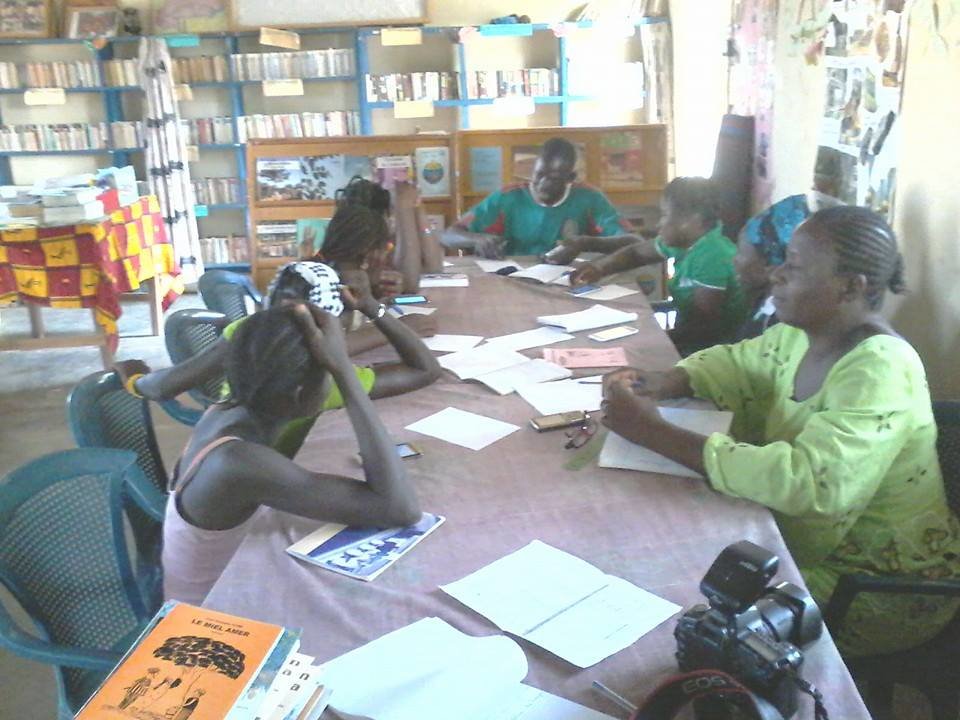 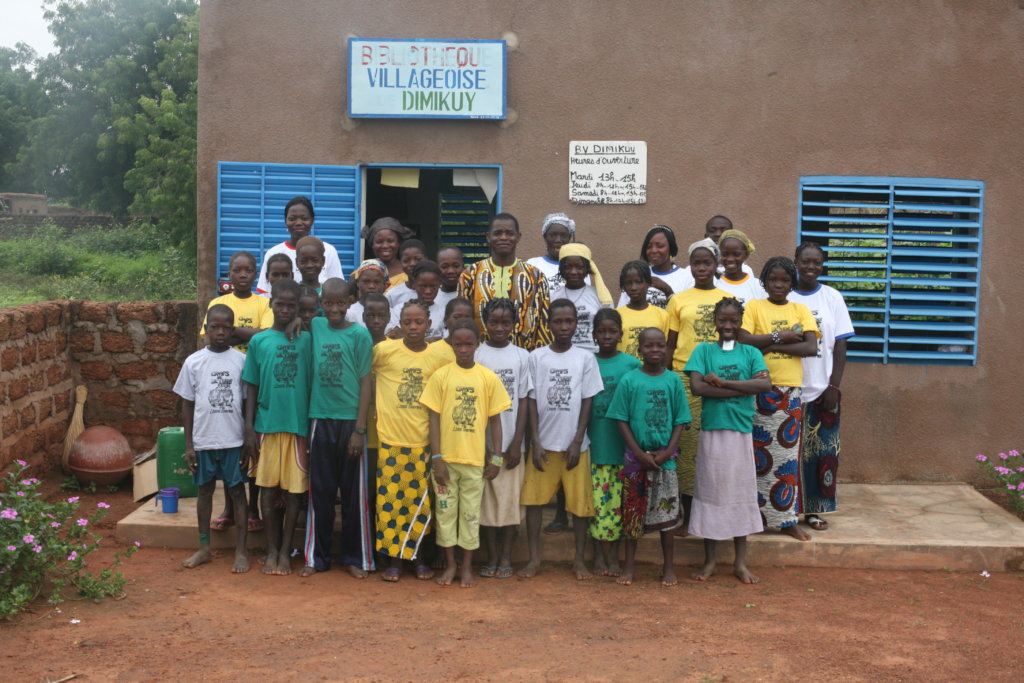 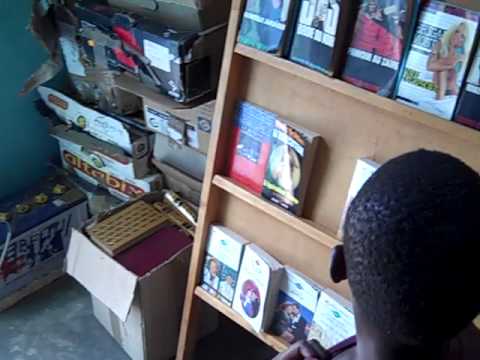 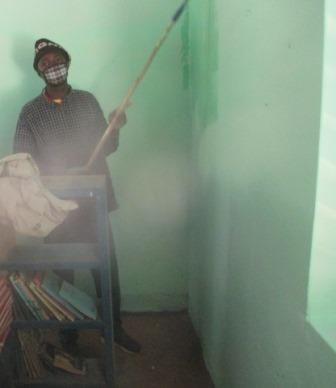 Some first steps were taken in rehabilitating the Bereba library. In January 2022, the library was repainted and re-organized. More work would have continued, but there was a coup d'etat in Burkina Faso at the end of January, and the military government suspended all local government (the mayor and rural council). So at present there is no designated local counterpart in Bereba. Nevertheless, FAVL hopes to continue the work of rehabilitating the library in 2022 by rebuilding the wall around the library and fixing the courtyard to be a more inviting place for reading for primary school students. please continue to support this project! 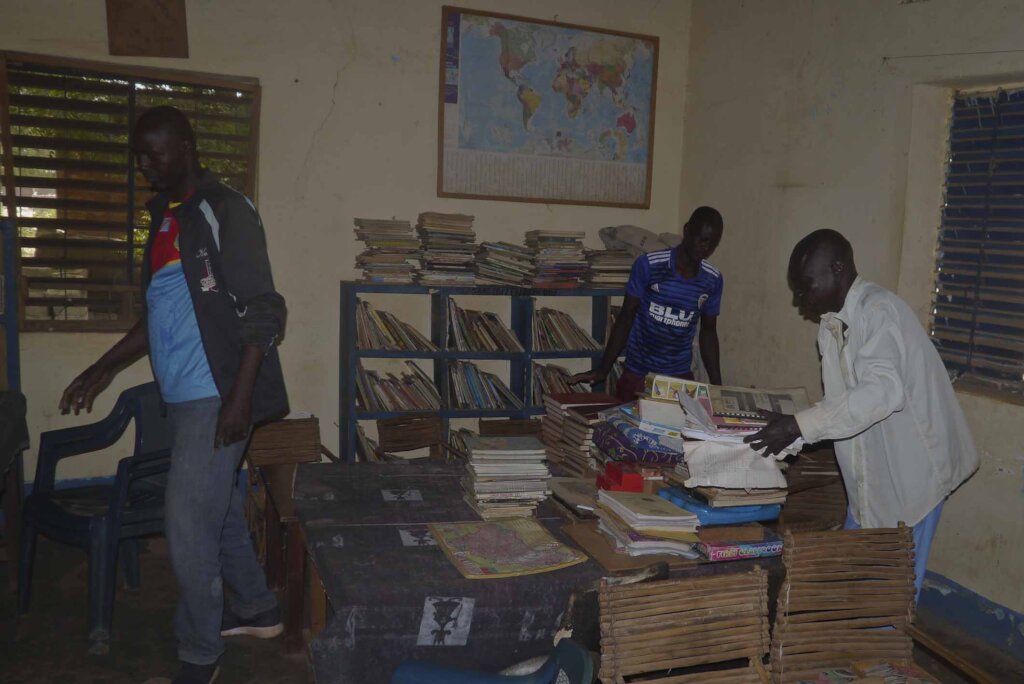 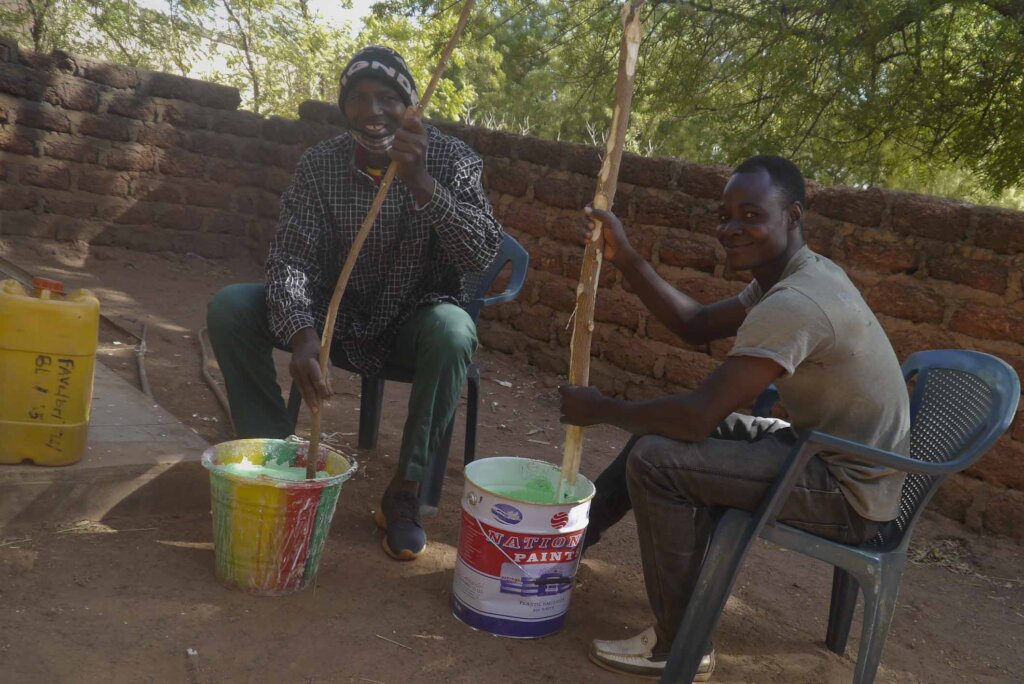 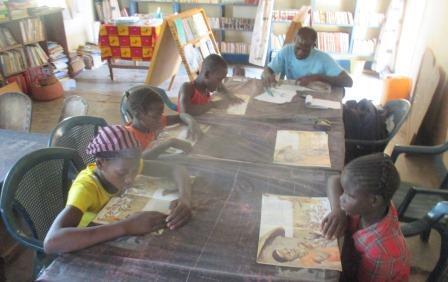 The Bereba library is the oldest library established by FAVL in Burkina Faso. The library is now 20 years old! We hope in 2022 to refurbish the library, specifically by creating two libraries. The older smaller library will become a pure children’s library, since it is very close to the primary school and many children stop there to read on their way home from school. The adult and young adult books will be moved to a separate facility with electricity, primarily to serve as a reading and study hall for secondary school students. We look forward to your support for this endeavor! 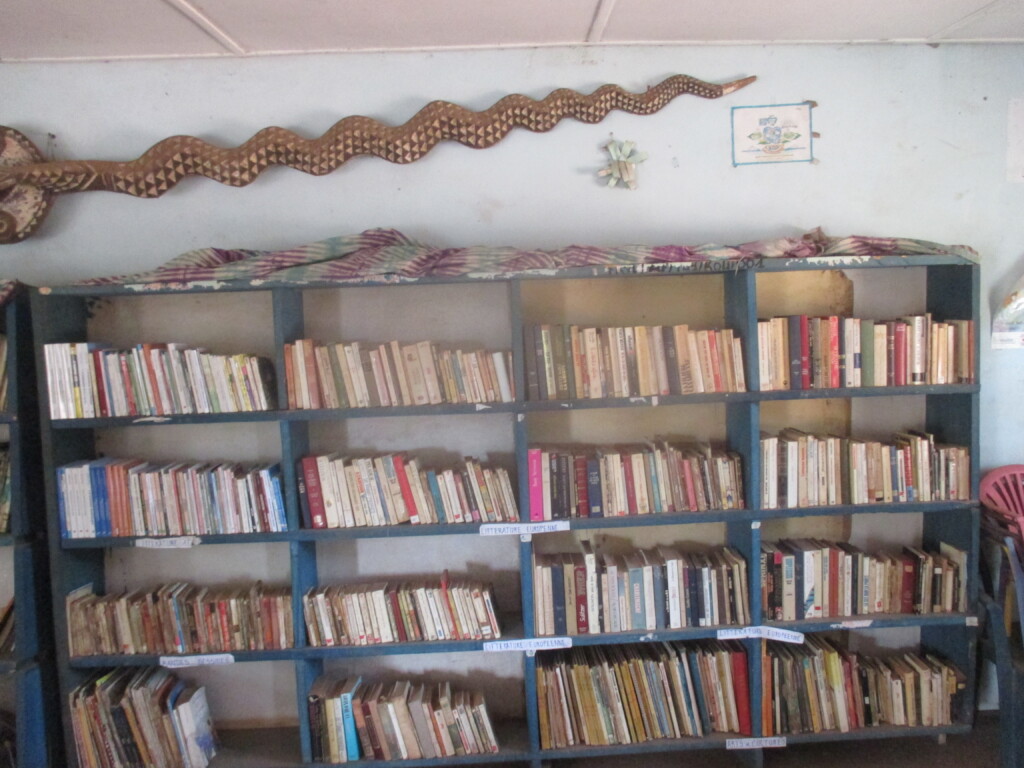 One view of the Bereba library 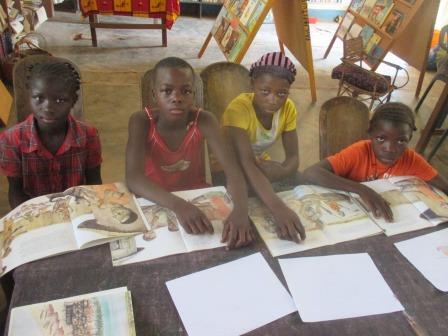 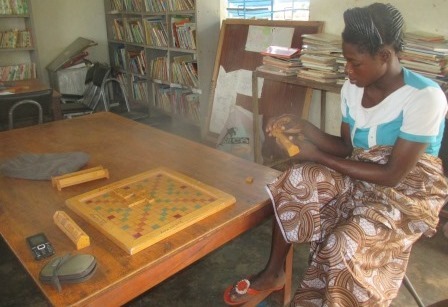 Hello friends! We did not receive donations for this project during the past several months, so no big activities to report. FAVL continues of course to support 38 libraries and a variety of reading programs in Burkina Faso. We look forward to honoring David pace sometime in the near future, we have had other donations separately from this source, so probably in 2022 we will start the work. We also are waiting for the population in Burkina Faso to be vaccinated against COVID19; apparently even Bereba village (about 5 hours from the capital city of Ouagadougou) has had 100 persons vaccinated. So it is happening slowly. 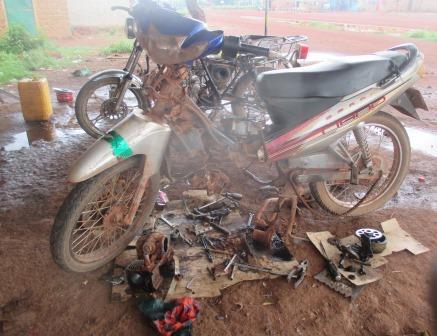 Visiting Bereba and having moto fixed! 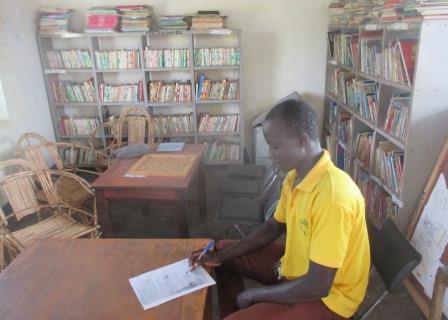 Another shot of Dimikuy library 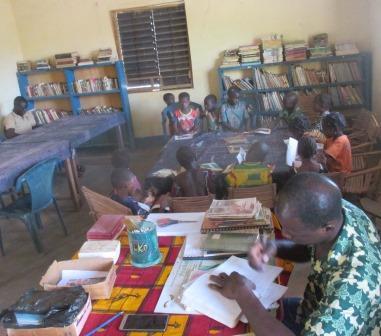 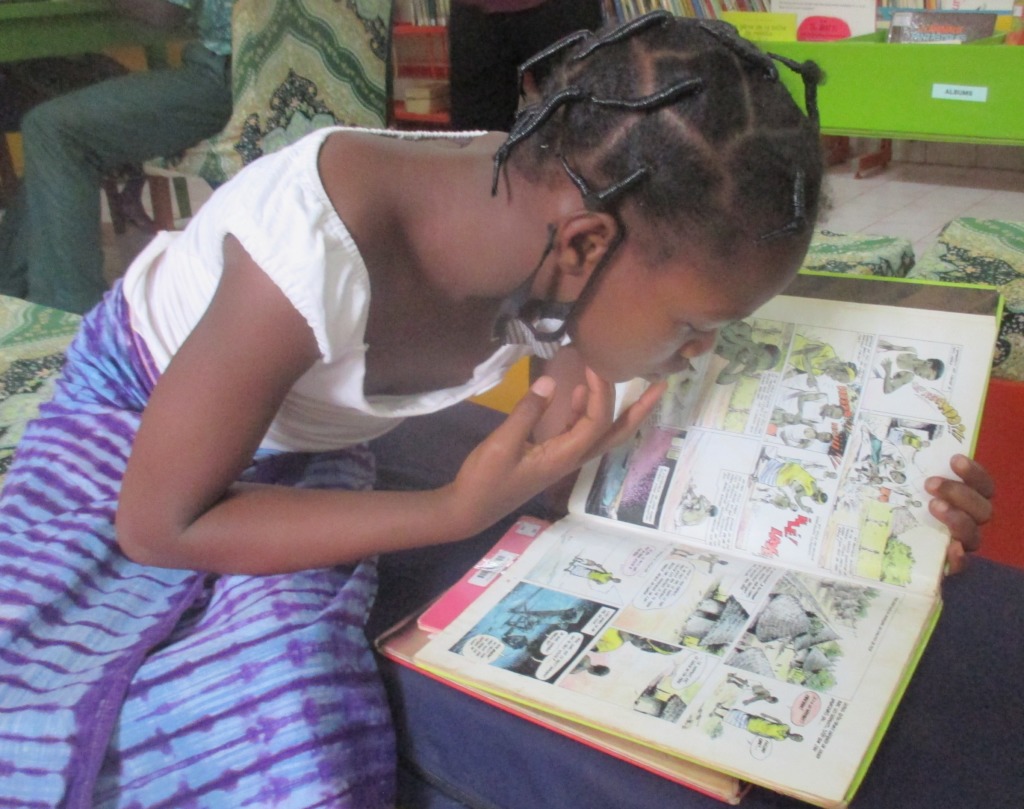 Reading in the library 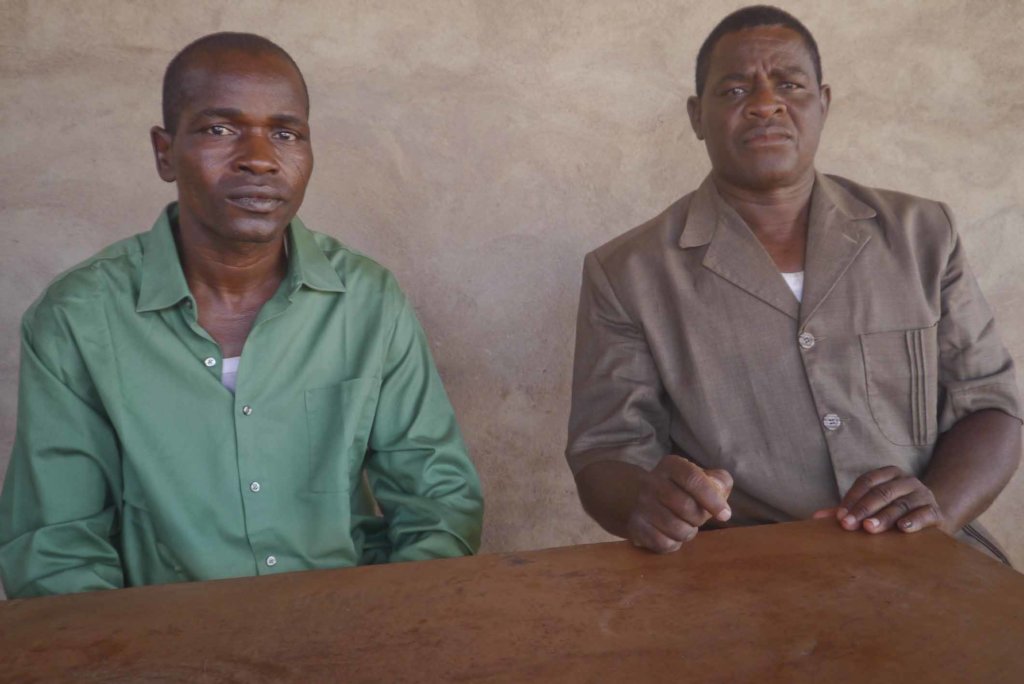 Meeting with mayor of Bereba in Nov 2020

FAVL staff in Burkina Faso have been working with the office of the mayor in Bereba to hire a part-time librarian to replace the now-retired librarian. Unfortauntely the mayor's office has been extremely slow about processing the transition. In the meantime, we cannot proceed with the refurbishing until the personnel issues are resolved. We hope to have more news in the coming weeks.

In more general news, because of the Covid19 pandemic, most libraries supported by FAVL were closed in March. The pandemic did not strike Burkina Faso, Ghana, and Uganda as hard as the United States or Europe, for reasons that remain somewhat poorly understood. Starting in October 2020, many local public health authorities allowed facilities such as libraries and schools to reopen. Most libraries supported by FAVL reopened, and were equipped with handwashing stations, and required patrons to wear masks.

The FAVL blog has been filled in recent months with news of activities from various libraries and programs. The mobile library in Houndé has been active since October, delivering reading materials to kids in schools. Librarians in the Tuy region have resumed monthly gatherings. The FAVL representative in Burkina Faso regularly visits libraries. In October, he held a meeting with several mayors to coordinate efforts to ensure that librarians are hired as “municipal” employees. He met with librarians in three regional meetings in early January 2021. Over in Ghana, CESRUD library coordinator has overseen the re-roofing and refurbishment of Gowrie-Kunkua library, as the roof blew off in a violent rainstorm in May. The Sumbrungu and Sherigu libraries have been very busy since they reopened in January 2021.  FAVL has also been committing funding to modest renewal of book collections, and locally in Burkina Faso the Ministry of Culture as well as the U.S. Embassy have been supporting the libraries. More news is available on the blog. 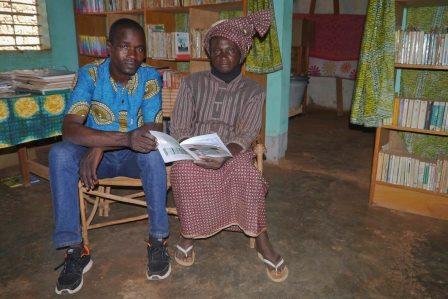 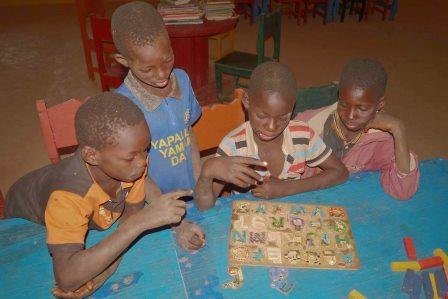 Make a monthly donation & get matched today at 100% while funds remain. Terms and conditions apply.
Give the gift of stability in a time of instability. Set up an automatic, monthly gift now and get matched at 100%—because the COVID-19 pandemic has hurt us all, and it will take all of us to overcome it. Terms and conditions apply.
Monthly giving is as easy, safe, and as inexpensive as a Netflix subscription. Start a monthly donation to Friends of African Village Libraries (FAVL) today and get matched at 100%. Terms and conditions apply.
$50
USD
monthly
covers one fourth of the monthly library salary
›
$100
USD
monthly
covers half of the monthly librarian salary
›
$200
USD
monthly
enables regular librarian training for best practices in library activities
›

GlobalGiving
Guarantee
Donate https://www.globalgiving.org/dy/cart/view/gg.html?cmd=addItem&projid=49698&rf=microdata&frequency=ONCE&amount=25
Please Note
WARNING: Javascript is currently disabled or is not available in your browser. GlobalGiving makes extensive use of Javascript and will not function properly with Javascript disabled. Please enable Javascript and refresh this page.