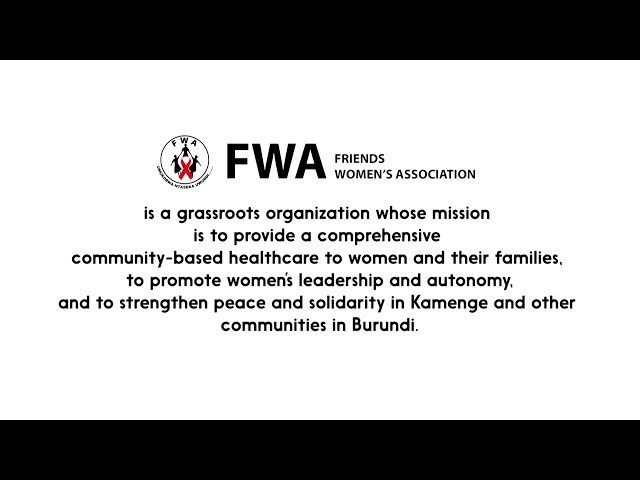 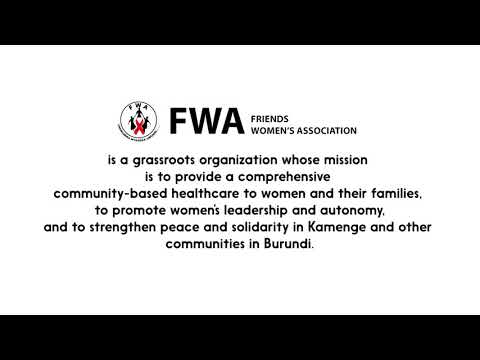 In 1993 my family and I took refuge in Rwanda. In 1994 we returned to Burundi, we found our house destroyed and we built a small straw house. We suffered marginalization because we were very poor. They called us “pygmies”. I was 16 years old and I was very touched by this discrimination in my community and I decided to go to the rebellion soldiers.

After war, I was among the demobilized soldiers. I got married to a man and we had 4 children together and then he died.

After his death his family made me suffer the worst; my husband's family took away my 4 children and threw me out because we lived in the family plot. I started drinking a lot of beer to calm myself down.

Now, from morning until night I live in the cabaret; I mean I have become an alcoholic. In this cabaret men use to rape me when they find me drunk. I tried to give up to alcohol but it's stronger than me. Thanks for inviting me to this workshop to have a chance to share my sad story.

I married an orphan husband. He promised me to live happily and He used to say that I am all He has. After 4 year, he started dating other women. I lived in the village and He was in Bujumbura.

One day I asked him money to buy a cow in order to have manure. He answered me: "I bought one cow, it's a cow with two legs, (she talk about me and dowry) I can't buy another “Then He asked me for the money and I gave it to him. After I found that He had a premature child with another woman and the money was to pay for his hospitalization.

In that house I was victim of psychological violence; my husband gave me the order to prepare and serve food to his wife and my husband at the table while I and my children ate outside. I was preparing meals and serving them but my heart was bleeding.

One day I felt that I could not take it anymore; I told him that if this woman will come back again in my house I will throw hot water on them. He was scared and he made the decision to sleep in the house of his second wife or to come home late.

One day he came home around 2 a.m. and I refused to open until 8 a.m. I wanted everyone to see the bad husband he is. When I opened the door, he took everything in our house and wanted to leave us and I refused, explaining to him that he was not going to run away from his responsibilities. So, He took a rebar and beat me until I fainted. You could even see the scars.

Until now I'm in this situation but God gave me the courage to work to support my children He's there. When he wants, he comes back home; when He doesn't want he doesn't come home.

Now I received a word; my name is Aisha. I have been here at FWA for 3 years. Before, I was mistreated by my husband. He sometimes told me that I am worthless.

I joined the SHGs and at the end of the year, I showed him the money I saved and my interest.From that moment, he began to support me in saving.Due to savings and credit, now we achieved many things; we have built a house, we have water and electricity in our house and we have bought another plot of land. I'm pregnant and I'm coming very far from here (Gatunguru). But, he encourages me to come to save money.  Before, my husband received money but he wasted it in beer but today see our achievement! We are proud of ourselves! Now I have a word in my family, my husband loves me and we work together.

My husband was hospitalized and we were given an invoice for the amount of 300 000BIF. This amount was very heavy for us, we were not able to pay it and hospital administration imprisoned my husband. The only solution I had was to apply for credit from the FWA’s saving group. They gave me a loan, and I was able to pay the bill with the agreement that my husband will help me pay this debt.

After that, my husband returned to his work but he did not pay this credit. I begged him but he refused. One day I came home and found the house empty; my husband left us with everything which has a value in our house and until now, 5 months ago I don't know where he is.

So I fell into depression: I used to cry every moment, I didn't know where to go. When I thought about this credit, I felt very bad. I wanted death. He left me with our three children “how can I start from zero, whereas I only have a capital of 50,000BIF”.

I thank FWA; this center has a really meaning on empowering and healing women.  It’s like women’s refuge; my saving group understood my problem and gave me another deadline to pay this debt.  This training helped me calm down I understood that I am not alone in this fight about gender based violence.

“I was raped at 13 by a boy that I considered as a brother; I was doing some cleaning work in his room as usual and he raped me and I immediately got pregnant. This man gave me drugs to have an abortion and I refused.

When my elder sisters found that I was pregnant, they called for justice and this man was imprisoned. Then his sister gave the money to the judges and He got out of jail. This man's sister convinced me to say that I love this man in order to live together. She lied to me that she is going to take me to Europe and I accepted.

Because of this decision my family hated me, beat me, cursed me and refused me to go near their house.

Arrived in the house of this man, I suffered all forms of violence; he beat me, he raped me, he brought other women into our room, sometimes he threw the food I had prepared on the road in front of our neighbors.

I hated so much that man that I couldn't be able to look it in his face; even to have sex I begged him to use the position where I couldn't see him in his face.

I began a small potato business which helped me to live alone with my two children at the age of 15. I became an independent and beautiful woman. The man envied me and wanted to start life together again. When he was presenting his proposal to me I took a stone and I threw him in his face and the blood flowed; I said to myself; a man who ruined my youth, for me deserves to be killed. I will never forgive him. Thank you for this workshop where I got an opportunity to cry”

Project Leader:
NTAHUBA PARFAITE
Bujumbura, Burundi
$29,935 raised of $35,000 goal
You last donated to this project on
584 donations
$5,065 to go
* Amounts in US Dollars
Donate Now
Donate once
Donate monthly
$10
USD
Gender based violence survivors follow-up
›
$25
USD
Diesel for the clinic generator for a week
›
$100
USD
Medicines for a month
›
$200
USD
Reagents for one month
›
$300
USD
3 day trauma healing workshop for gender based violence survivors
›