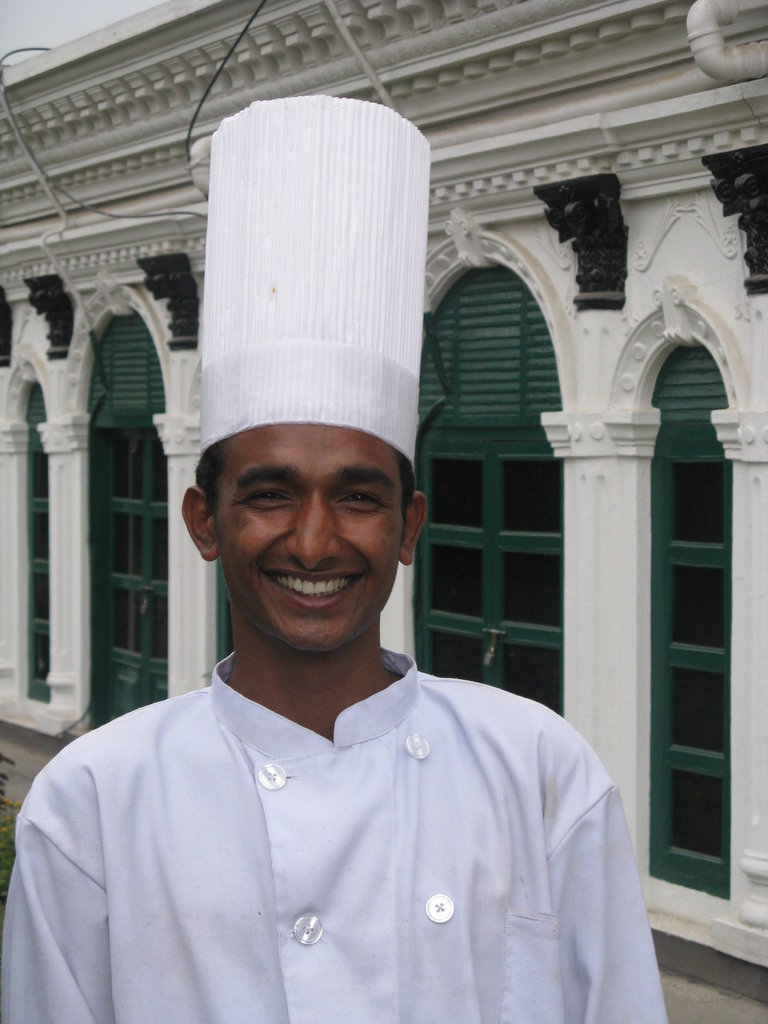 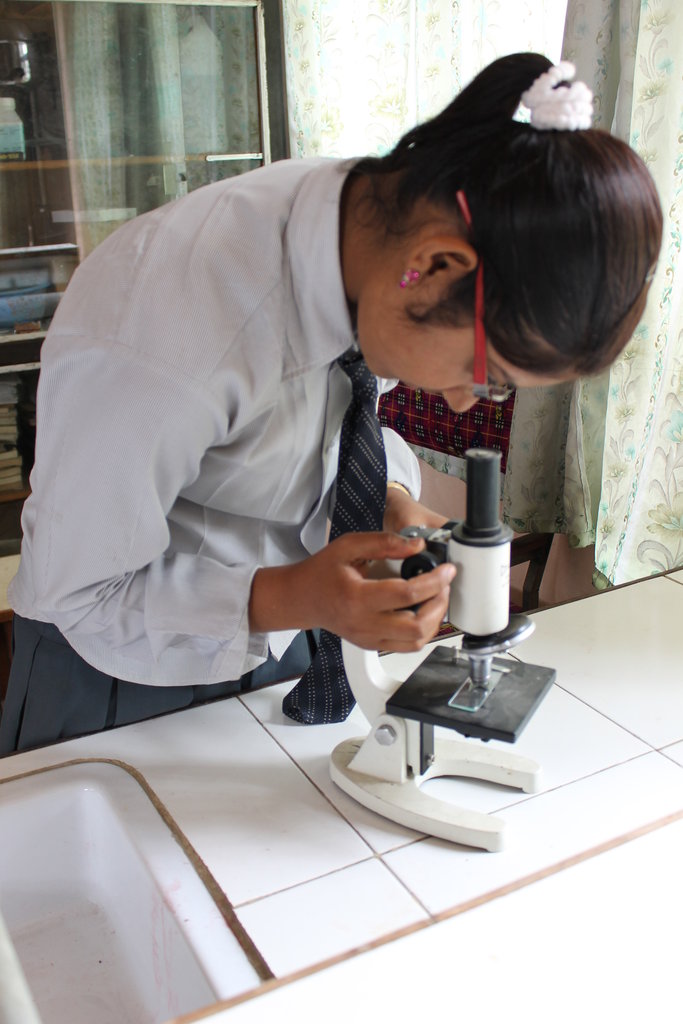 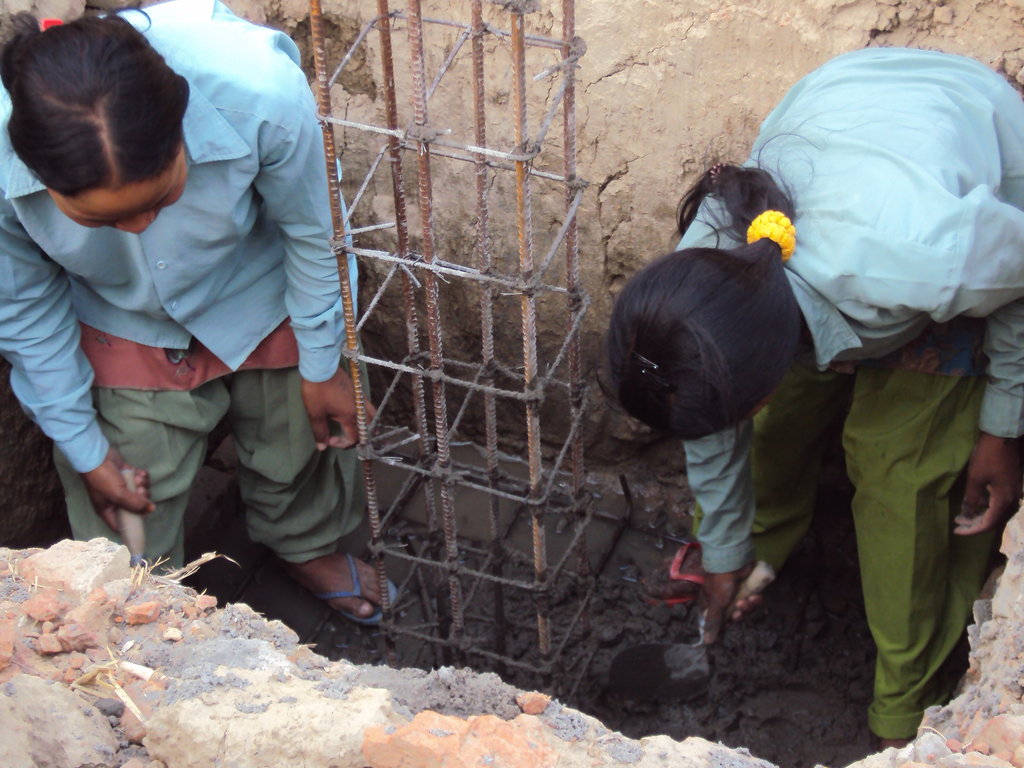 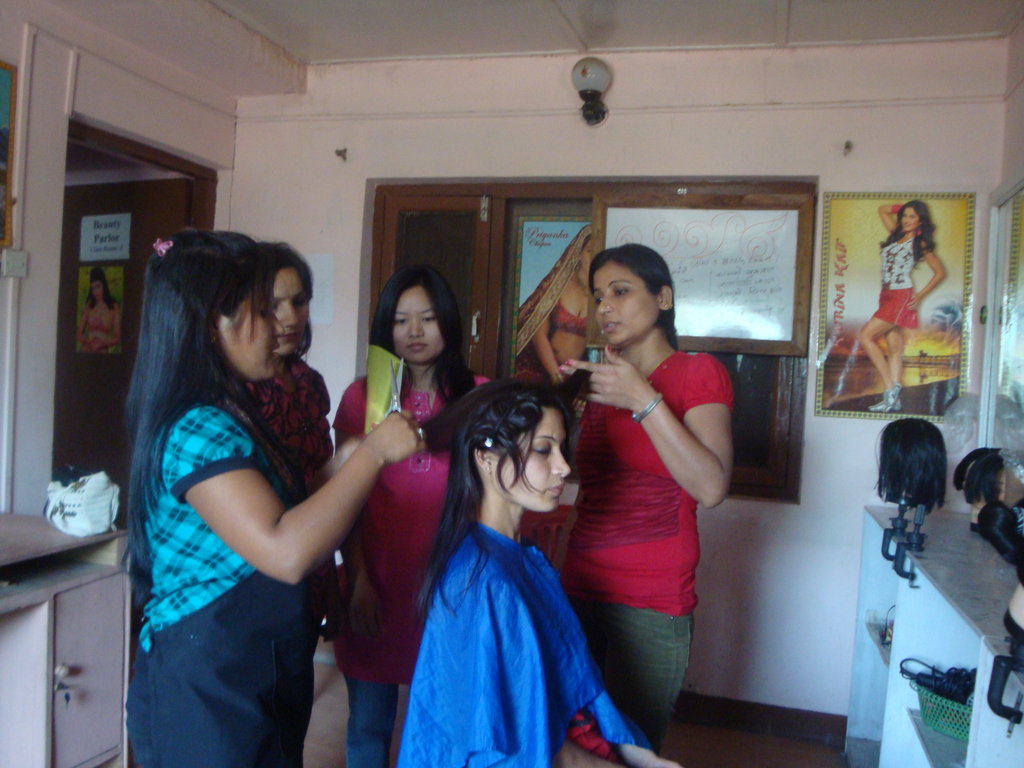 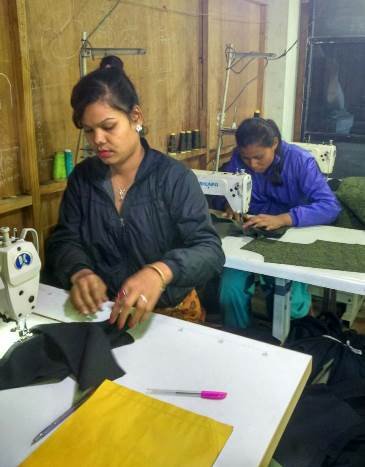 Like her three sisters before her, Asha spent part of her childhood working as a household slave, in the now banned practice of indentured servitude known as Kamlari.

She missed three years of schooling, and even after she was rescued by Nepal Youth Foundation and returned to the classroom, she wasn’t able to catch up. Asha failed the School Leaving Certificate (SLC) exam, which all Nepali students must pass to get into higher education.

Asha got married and her husband found work in India.

With an unemployment rate hovering above 30 percent, even among young people with college degrees, Asha knew that she need to learn a marketable skill.

She attended a workshop through NYF”s Vocational Education and Counseling program (VECC) and after skill and career-interest assessments, she was selected to participate in the Industrial Garment Training program..

She is now employed by the company where she trained and is helping to support herself and her family.

Asha is one of 445 young people – 435 former child slaves – who trained for a range of jobs in NYF’s program in the last six months. Among those trainees, 211 already finished (some are still in the program) and 121 are in the workforce.

VECC counselors assess students to match aptitude and interests with career options. Students receive structured career counseling. Vocational courses are offered through the VECC program, or students are helped to find a training program that suits their needs. After training, NYF helps with job placement or self-employment. There is no cost to the student or employer for these services.

Thank you for helping these young people reach economic independence and a dignified life. 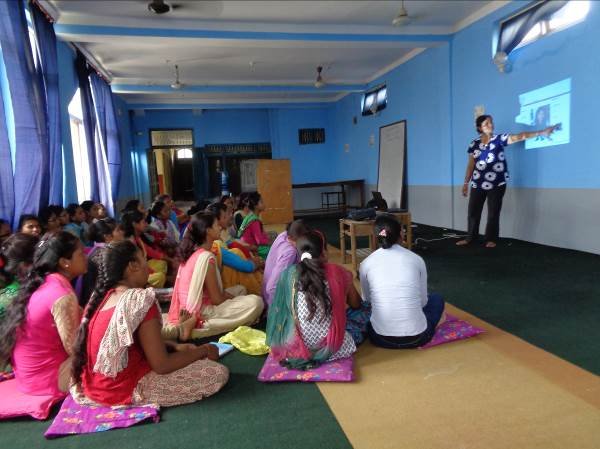 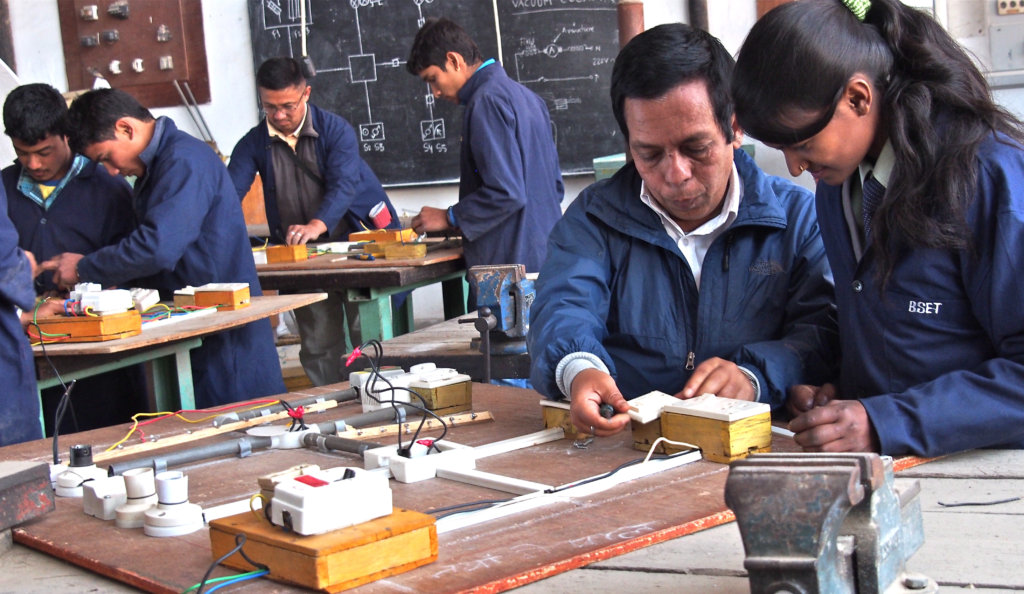 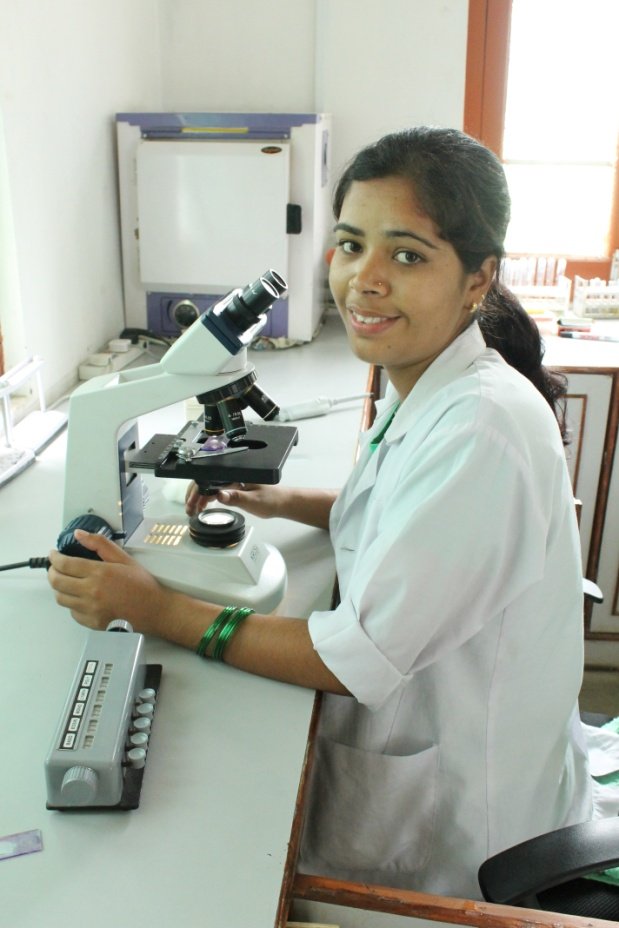 It was another challenging year for Nepal and children and families we serve.

Just months after two major earthquakes devastated the country, political unrest and a prolonged blockade at the Indian border brought Nepal’s recovery efforts to a near standstill.

The crisis slowed us down, but it couldn’t stop NYF’s dedicated staff from doing everything they could to care for some of Nepal’s most impoverished children.

They rode bicycles when there was no petrol. When the cooking fuel ran out, they built outdoor fires to keep the community kitchens operating. They worked 16-hour days to help people who had lost everything.

We are so proud of what the NYF Nepal team accomplished in face of these hardships. We could not have done it without your friendship and support.

With warmest wishes for the year ahead! 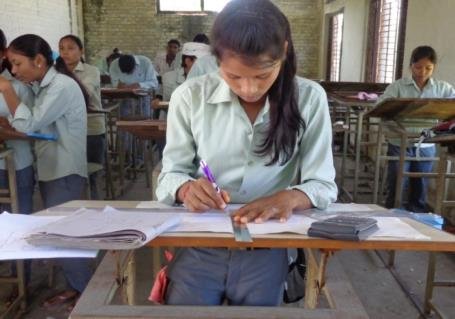 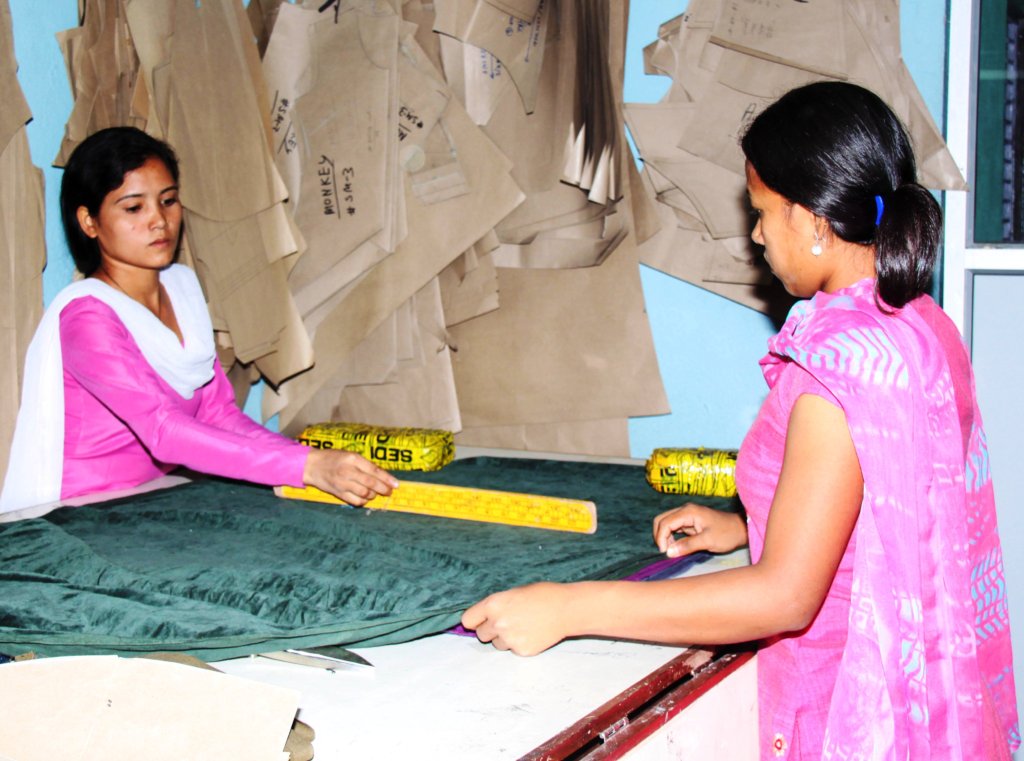 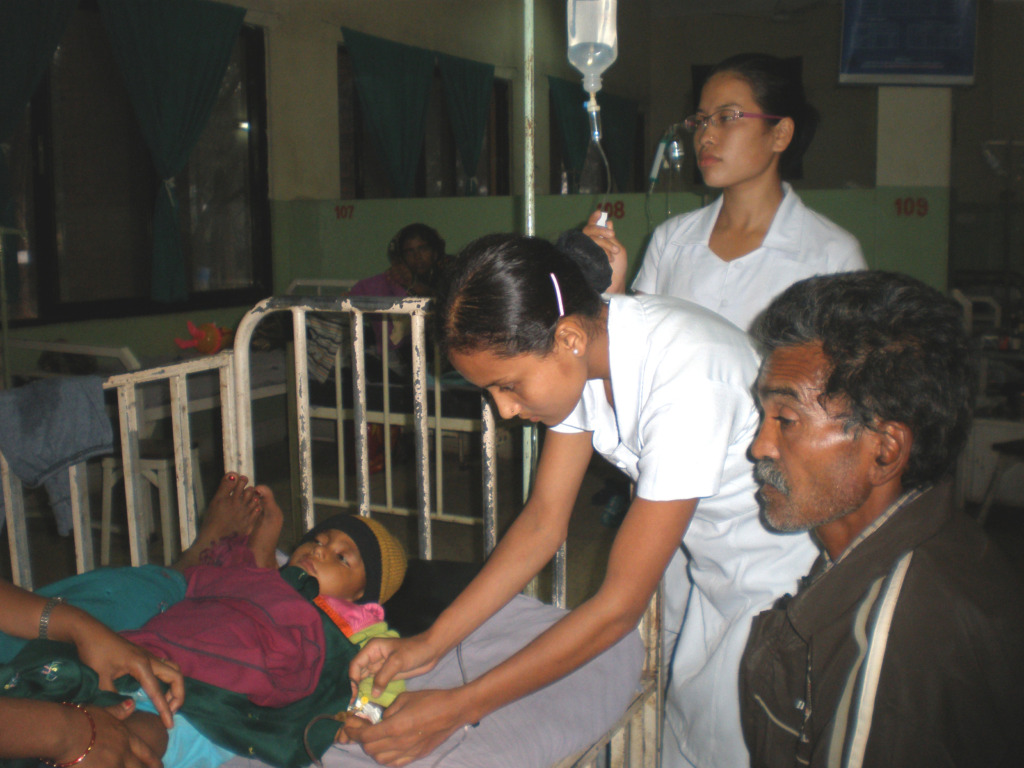 Jobs pave the path to freedom 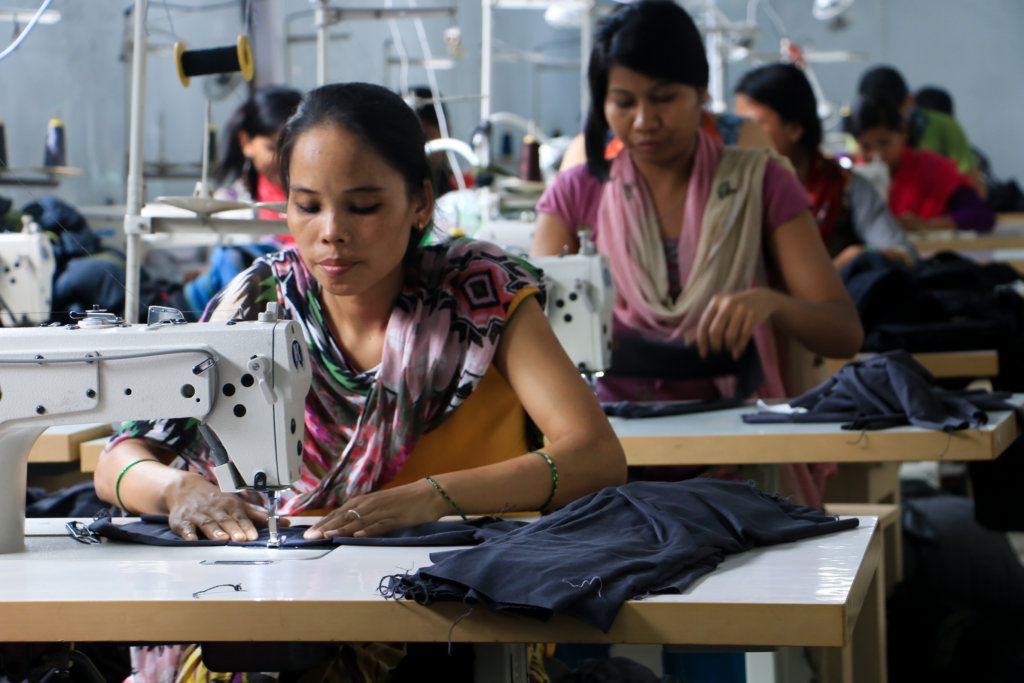 NYF recently trained a group of 30 former child slaves to use industrial sewing machines as part of its Vocational Education and Career Counseling program (VECC). The course concluded with a closing ceremony where the young women were awarded certificates and job offers at a garment factory in Kathmandu that produces clothes for export to Europe and the U.S.

“As a child, I worked as a slave and received nothing in return…but now I make over 25,000 rupees ($233 – good money in Nepal) every month and look after my family, Priya, a graduate of the program, said at the ceremony.

VECC counselors assess students to match aptitude and interests with career options. Students receive structured career counseling. Vocational courses are offered through the VECC program, or students are helped to find a training program that suits their needs. After training, NYF helps with job placement or self-employment.

Thank you for helping these young people reach economic independence and a dignified life. 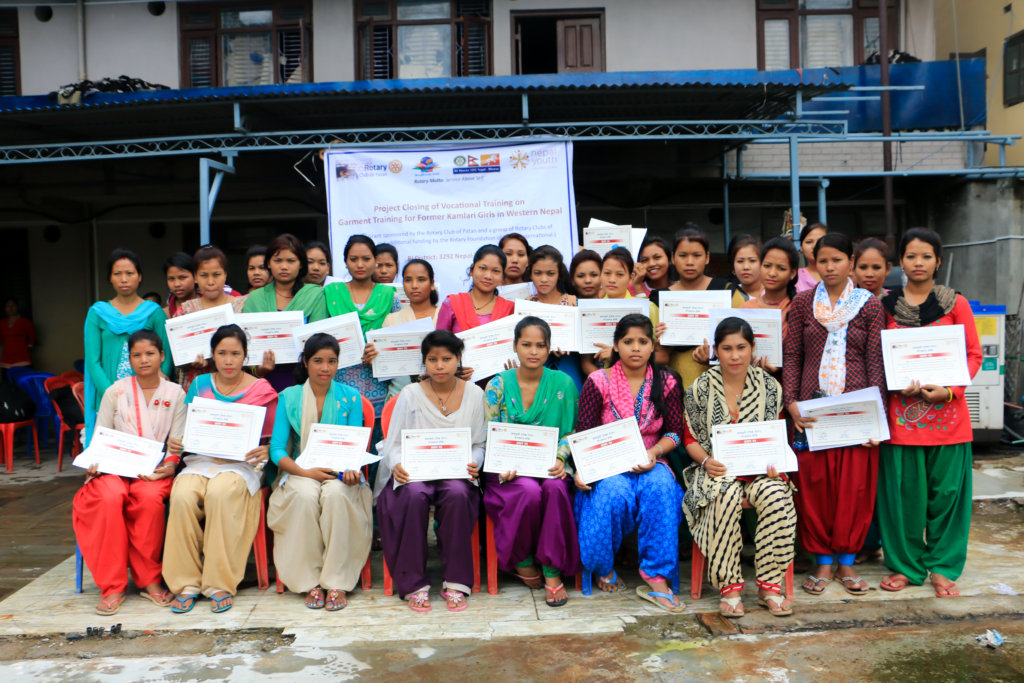 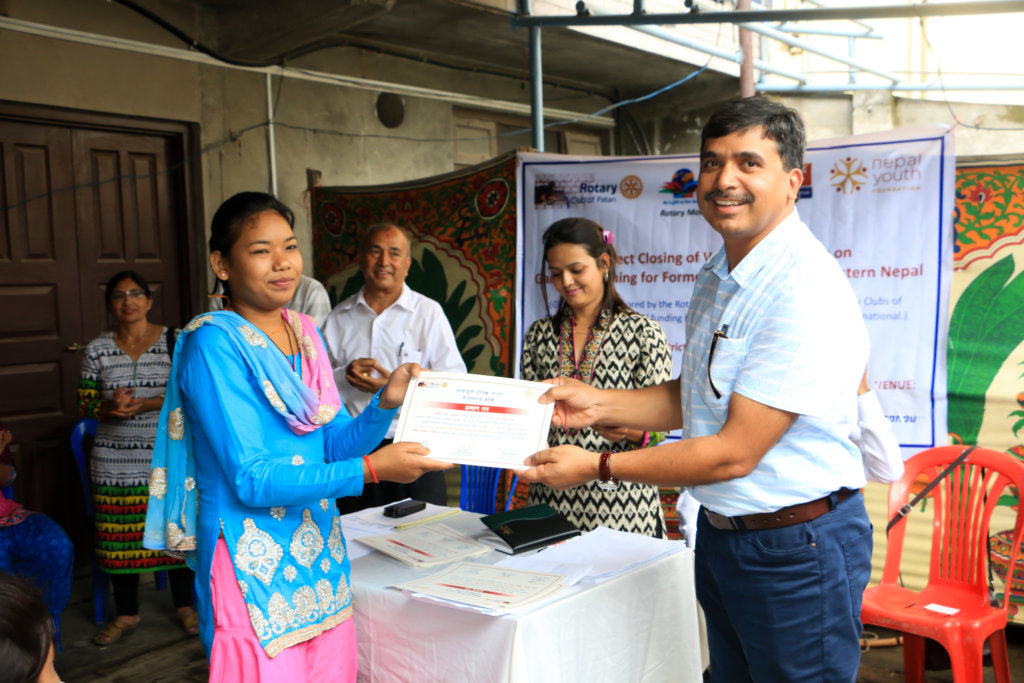 Vocational training offers a path to success for many young Nepalis 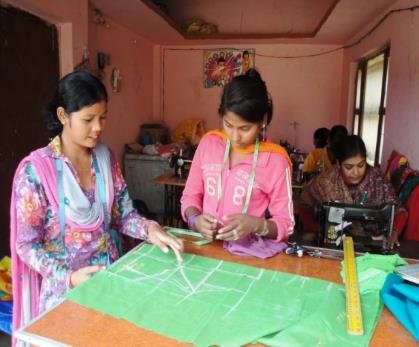 Sharmila is training other girls in her shop

The VECC program serves young people in NYF’s programs, students from public schools, and girls who were freed from a form of indentured servitude known as Kamlari.

Sharmila spent eight years in servitude as a Kamlari. After she was rescued at age 17, she entered fifth grade, but felt uncomfortable in a classroom with young children and stopped attending. She enrolled in vocational training to become a seamstress and has opened her own tailoring shop. She now earns about $65 a month – good money in rural Nepal – and has training five other girls. 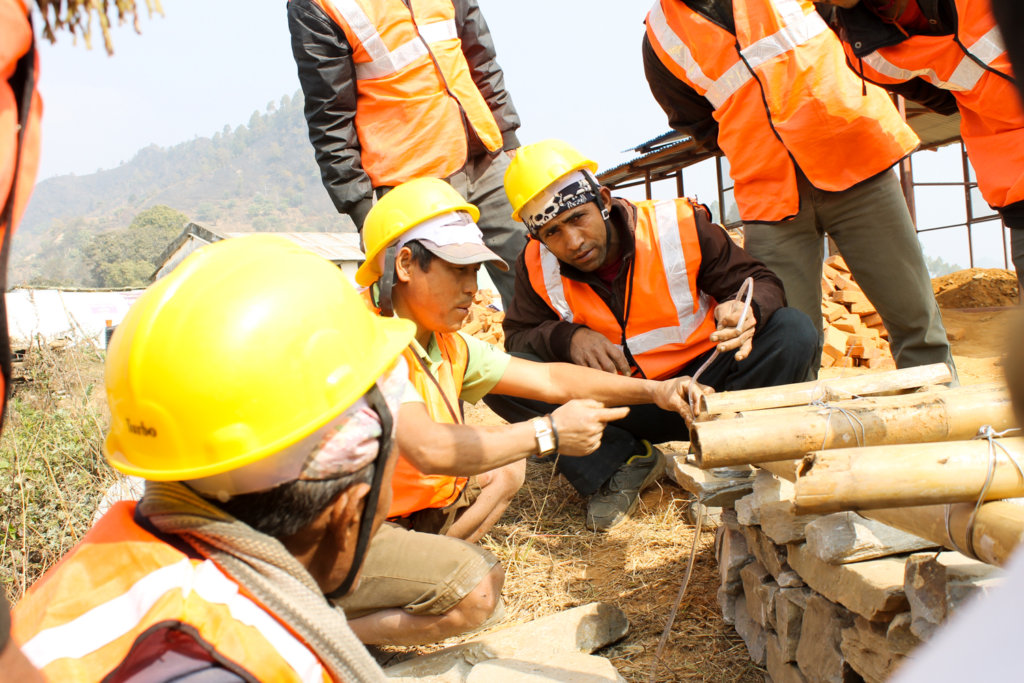 The months-long embargo that crippled much of Nepal over the winter has lifted and NYF staffers are returning to the work of rebuilding from the 2015 earthquakes.

The politically triggered blockade at the Indian border came on the heels of the devastating earthquakes and caused widespread economic and humanitarian loss. Fuel was scarce and the lack of cooking fuel forced people to cook outside with wood. Hospitals turned away non-critical patients because of a shortage of medicine and supplies.

We continued to care for the children under our watch, but were forced to sharply curtail all of our programs. Without petrol, our staff used 15 bicycles to get to our projects in Kathmandu.

Despite the disruptions, we were able to still make an impact on the lives of some of the world’s most impoverished children.

A 14-year-old from a remote village in the western hills of Nepal dropped out of school after receiving heart emergency heart surgery from a team of doctors in Kathmandu. He was working as a dishwasher to pay for his care. NYF took him into one our residential homes and is now supporting him in school.

Two siblings and their mother arrived at our New Life Center for children with HIV-AIDS, severely under-weight, and covered with rashes and cuts. Three months later, the family returned home, with their HIV under control and in good health. Their mother had also learned the skills and knowledge needed to care for her children and herself.

Our programs are gearing up again. We are building classrooms, enrolling more students in our scholarship programs, and have launched our Construction Skills Training program to teach villagers and young people skills to enter the building trades.

The Nepali people are very resilient, and we are hopeful that the country can now move forward to rebuild and recover from the earthquakes and discord. 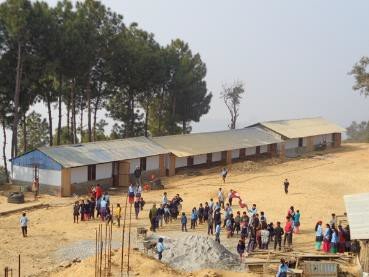 A school built by NYF 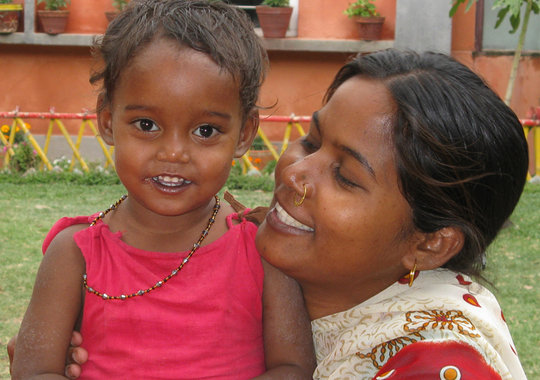 GlobalGiving
Guarantee
Donate https://www.globalgiving.org/dy/cart/view/gg.html?cmd=addItem&projid=9893&rf=microdata&frequency=ONCE&amount=25
Please Note
WARNING: Javascript is currently disabled or is not available in your browser. GlobalGiving makes extensive use of Javascript and will not function properly with Javascript disabled. Please enable Javascript and refresh this page.