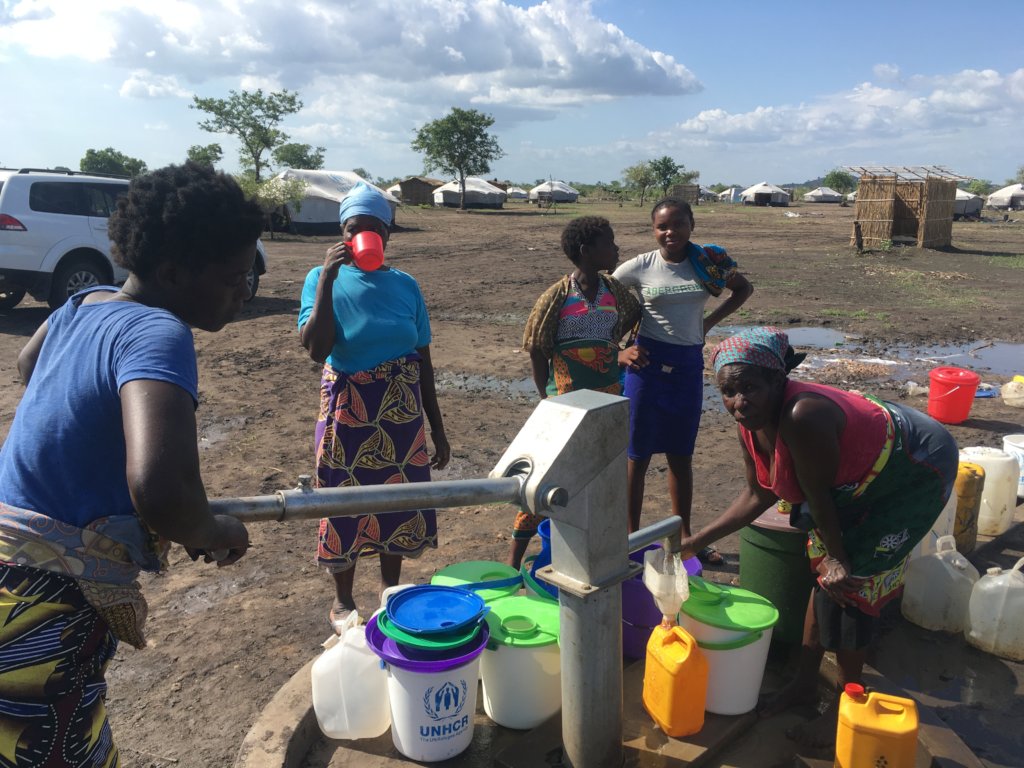 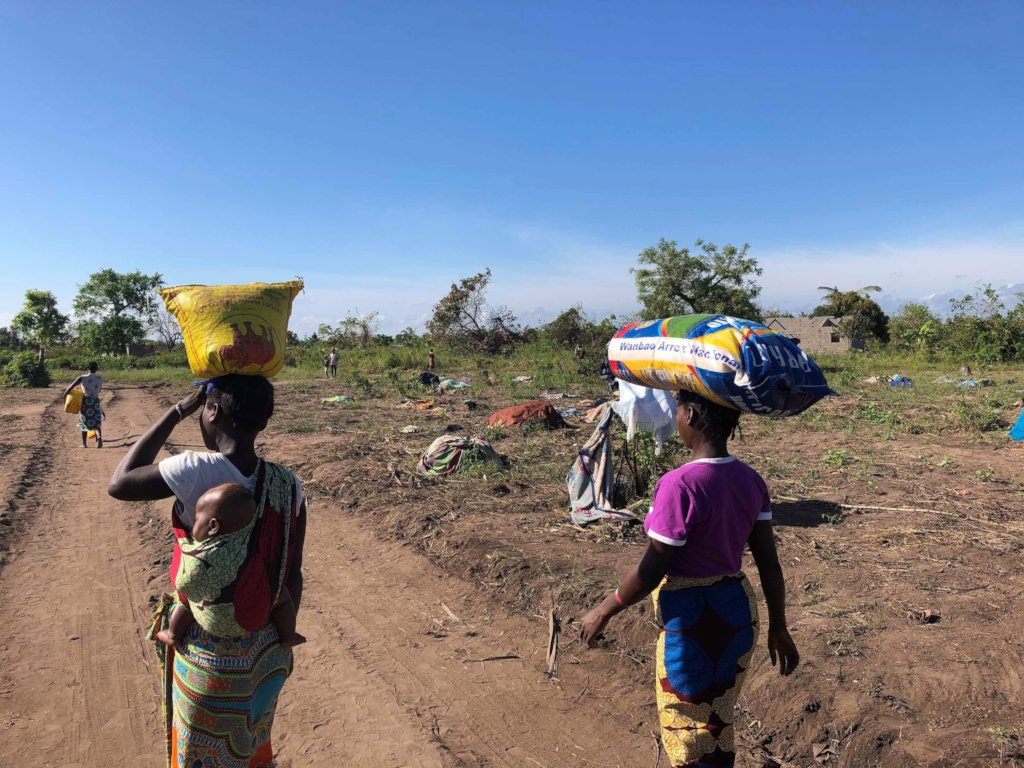 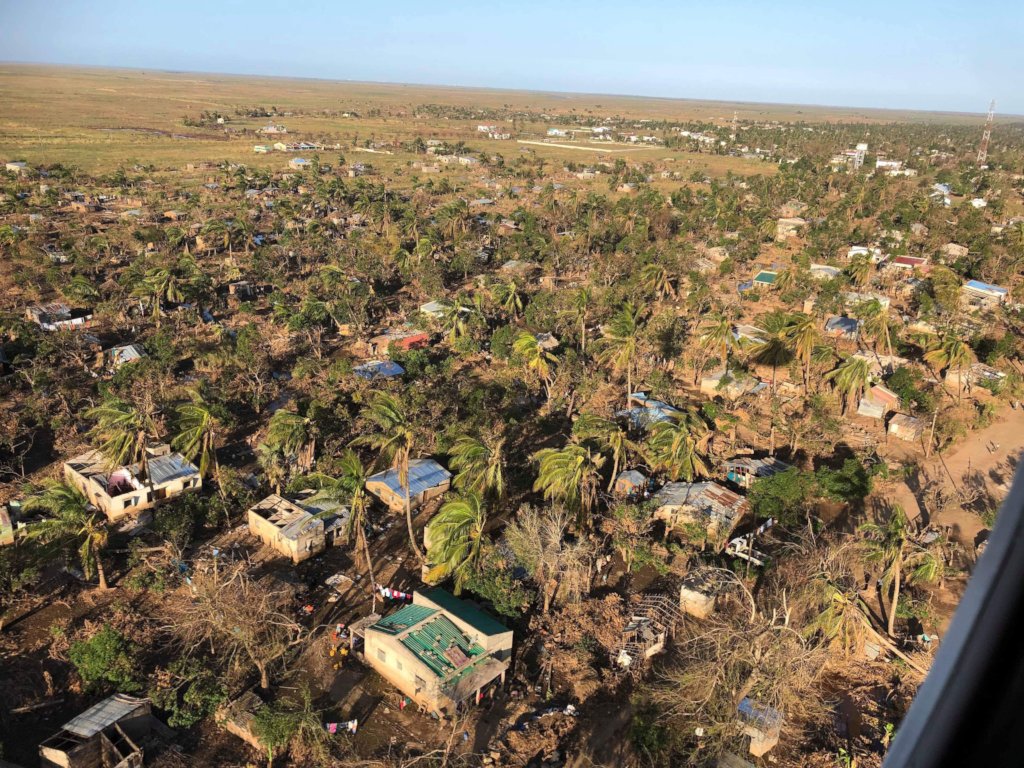 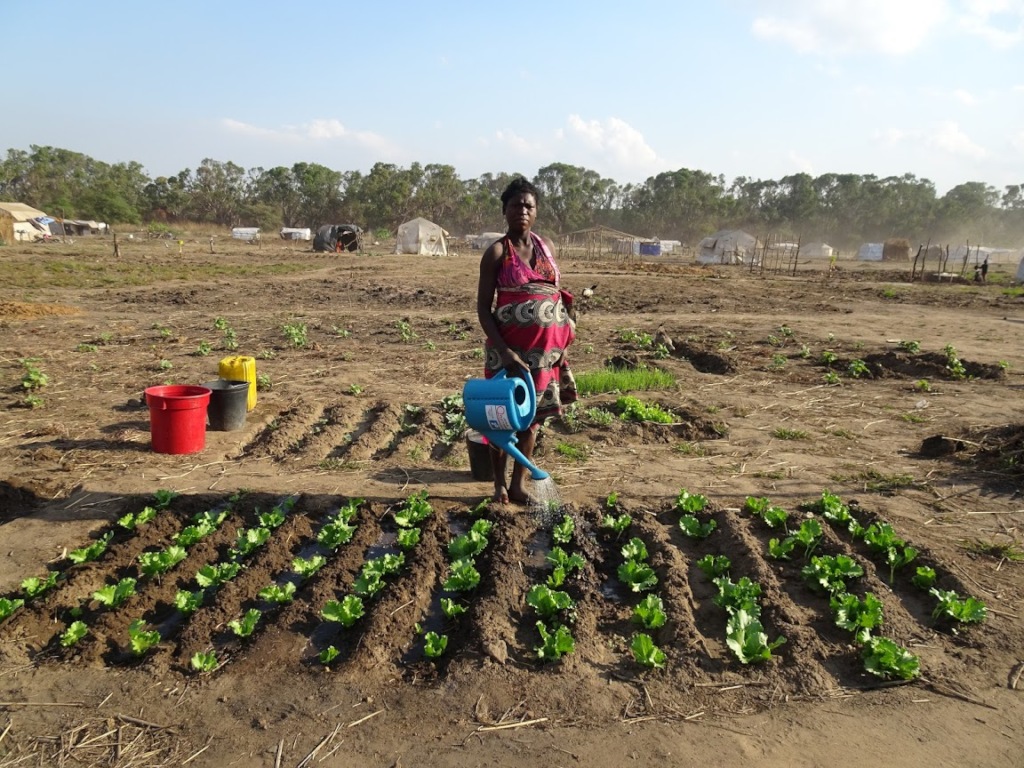 Peace Winds Japan (PWJ) has been supporting people affected by Cyclone Idai in Mozambique since April 2019. An estimated 400,000 were displaced from their homes immediately after the disaster.

PWJ’s emergency response team visited and interviewed families, community leaders and local governments in Sofala and Manica Provinces that were hardest hit by strong winds and floods. Based on the results of these visits, food (rice/corn flour), non-food items (mosquito nets and laundry soap), and materials for housing (nails, hammers, hatchets, etc.) were distributed. The survivors were able to eat daily and rebuild their homes, with neighbors supporting one another.

From May to August 2019, PWJ moved from distributing emergency relief items to seeds and farming equipment (seeds of maize, beans and vegetables; watering cans, hoes, and knives) to more families, so that beneficiaries could restart farming and expect the earliest possible harvest. Staff from PWJ’s partner NGO, Christian Council of Mozambique, trained the beneficiaries on how to prepare good soil and prevent worms from harming the crops. The staff also visited their fields to ensure that the farmers had gained sufficient knowledge and skills.

Together with funding from GlobalGiving and Japan Platform, PWJ was able to reach a total of 3,386 families with the aforementioned items and technical support for farming in Nhamatanda District, Sofala Province.

Thank you to our supporters for helping us implement this project. We look to your generous support to continue our assistance activities in Mozambique. 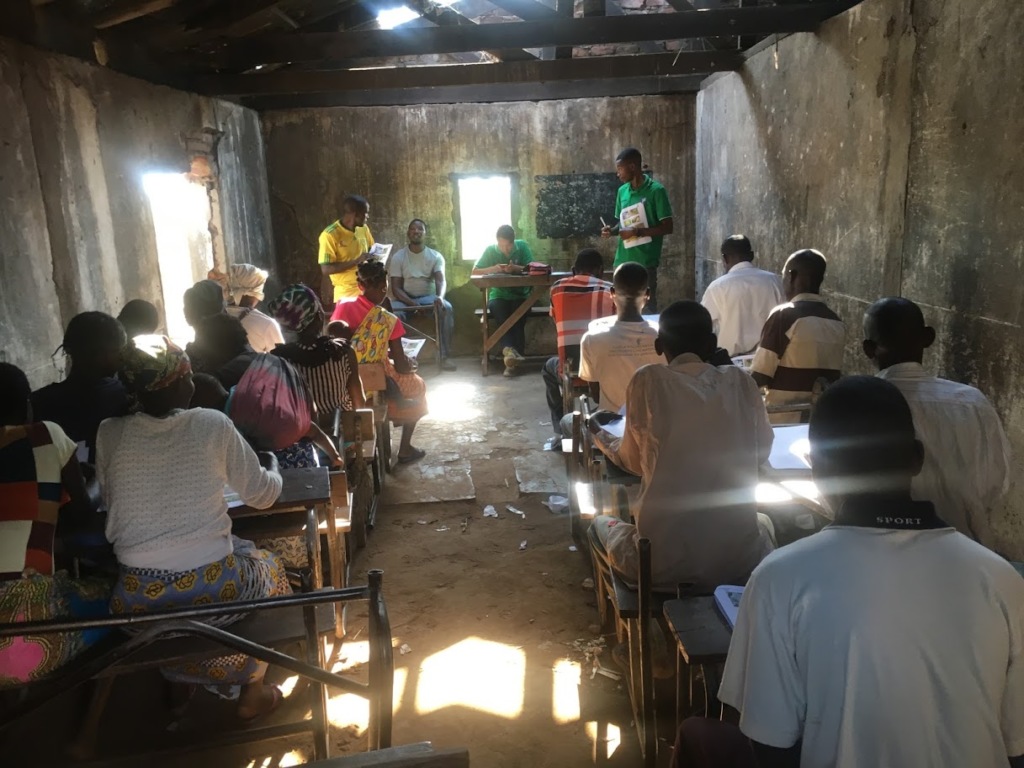 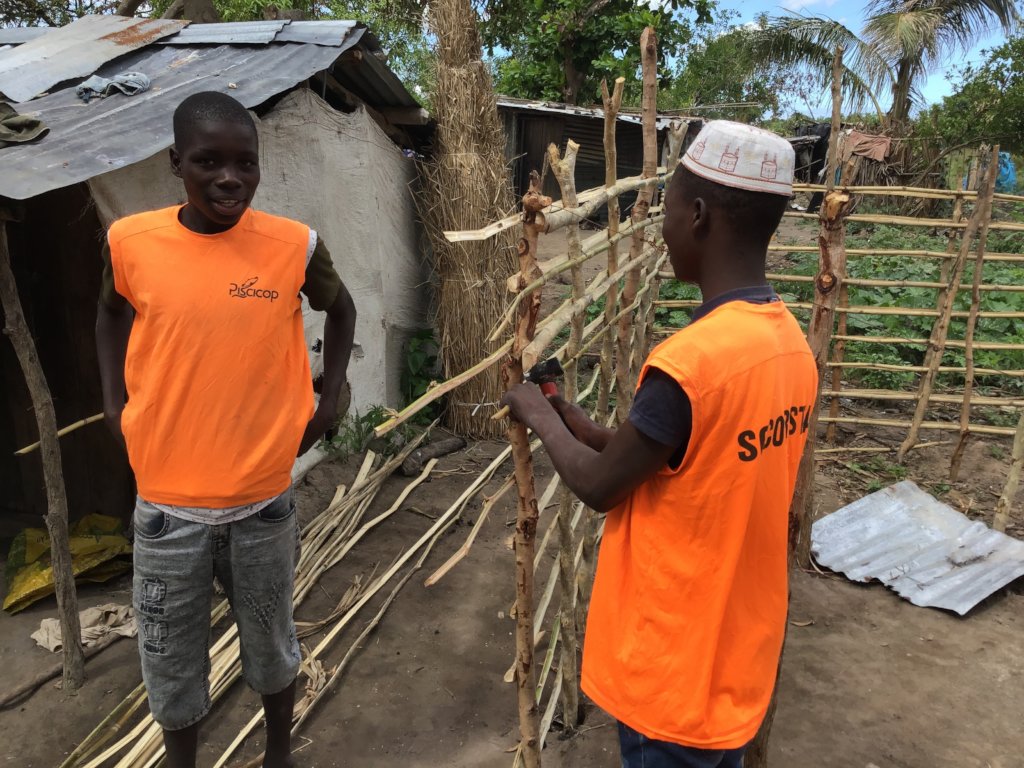 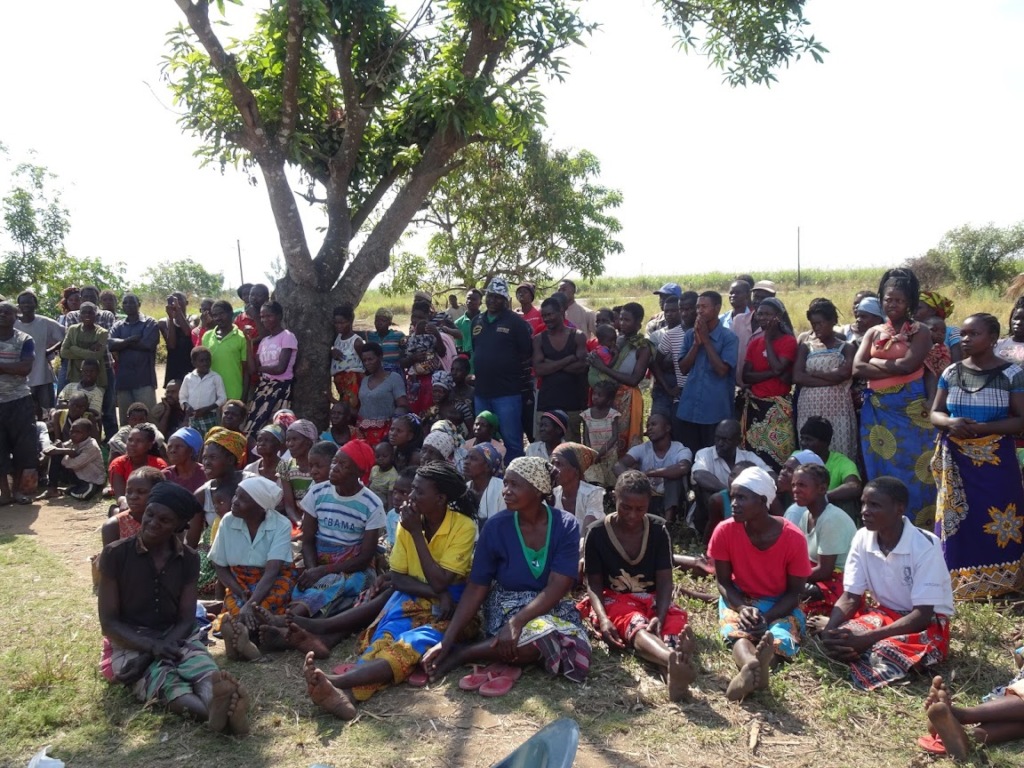 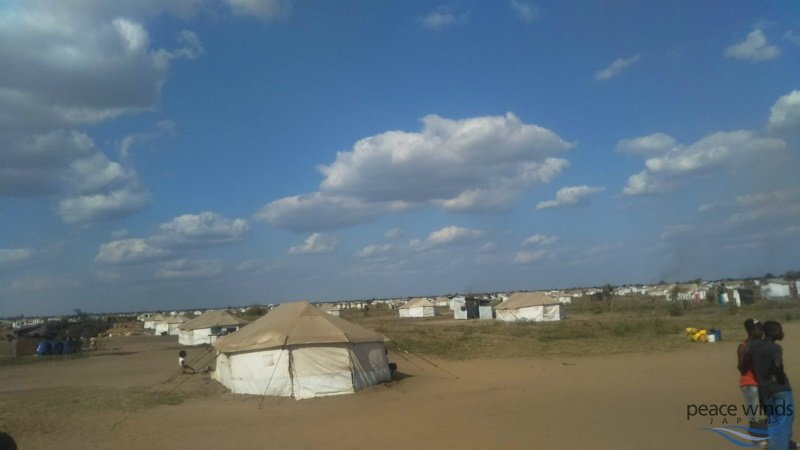 It has been 6 months since Cyclone Idai hit Mozambique. In order to enable people who were affected by the cyclone to resume their lives, Peace Winds Japan distributed agricultural materials to 1,987 families. How are the agricultural materials being used now? We went back to the Metuchira resettlement area in Sofala Province and visited 13 families who received materials from us.

As we traveled from house to house, we saw that there was a small garden in front of one of the houses. The owner told us excitedly that the seeds were planted and some of the stems were starting to sprout. One farmer told us, “We will plant the vegetable seeds after harvesting the corn we are already growing,” while another farmer said, “We are now preparing a garden in order to plant the seeds.” All the households were carefully using the hoes and the watering cans provided to them and unused seeds were being carefully preserved in order to plant them the next rainy season.

In August, we revisited Metuchira resettlement area. Crops are a valuable source of revenue. In order to be able to cultivate the seeds that are handed out and ensure a livelihood, the proper cultivation methods must be taught. Therefore, the Peace Winds Japan coordinator for agriculture held a lecture in which he answered questions the residents of Metuchira had regarding agriculture. The participants listened to his answers carefully and increased their understanding of the subject.

We visited the house of Mr. Lucas who was listening intently at the front row during the lecture and he showed us the garden he was growing. Mr. Lucas lives with his wife and four young children in a tent in the same way as other families live. He and his wife take care of the garden and the seeds that were provided were immediately planted in their garden and another garden near the river. He told us that he’s growing lettuce, tomato, kale, cabbage and onions and proudly told us that he was able to eat the kale he grew recently.

Since there is no irrigation system at the resettlement area, there is a lack of water and many gardens do not receive enough. As the sun slowly went down Mr. Lucas told us with hope, “It’s difficult now, but once it’s rainy season more vegetables will grow.”

In the Metuchira resettlement area, many households are now growing their own gardens. It is a lot greener in the once dusty settlement. We will continue our monitoring to see the impact the seeds distributed has on the locals. This project was only possible through the generous donations from our supporters. We would like to thank our supporters and we look forward to your continued generous support and cooperation. 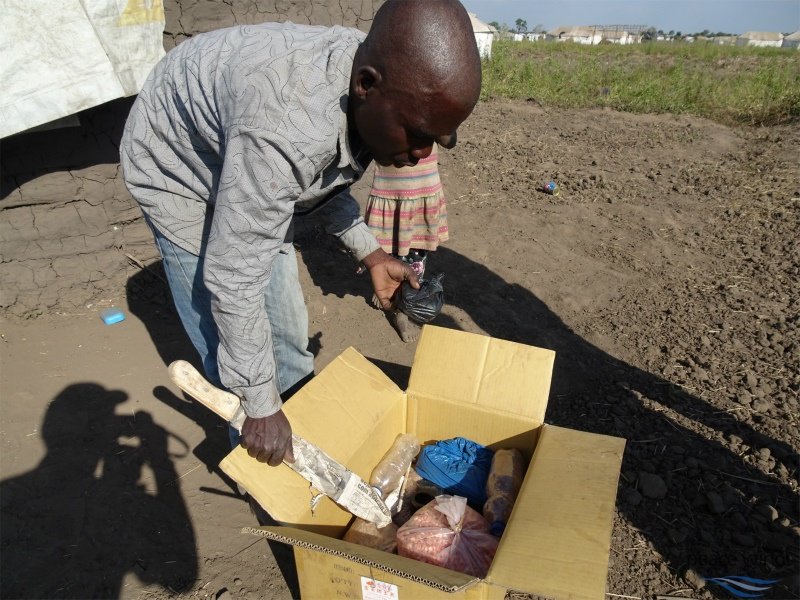 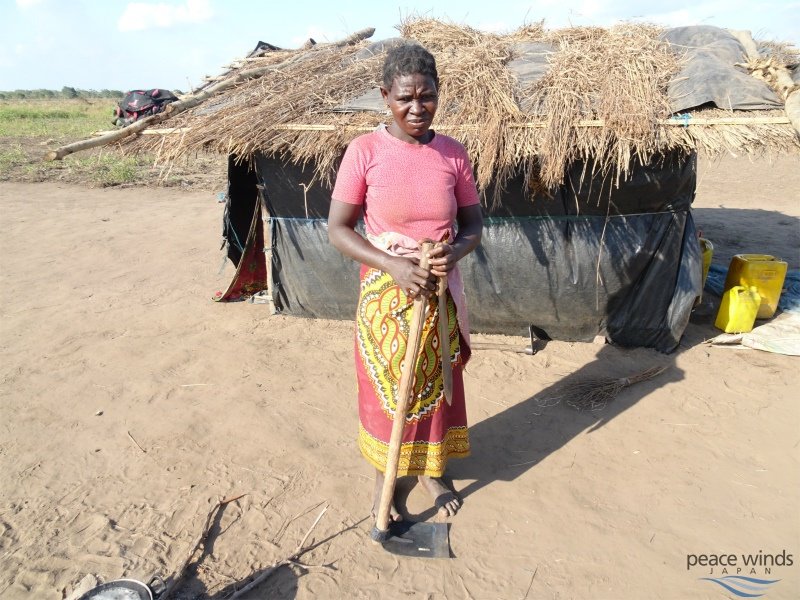 Woman with a provided farming tool 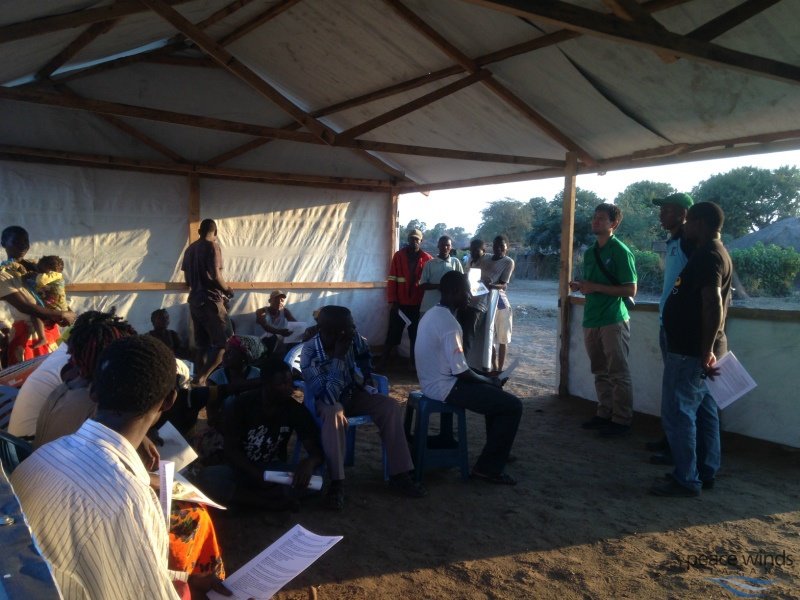 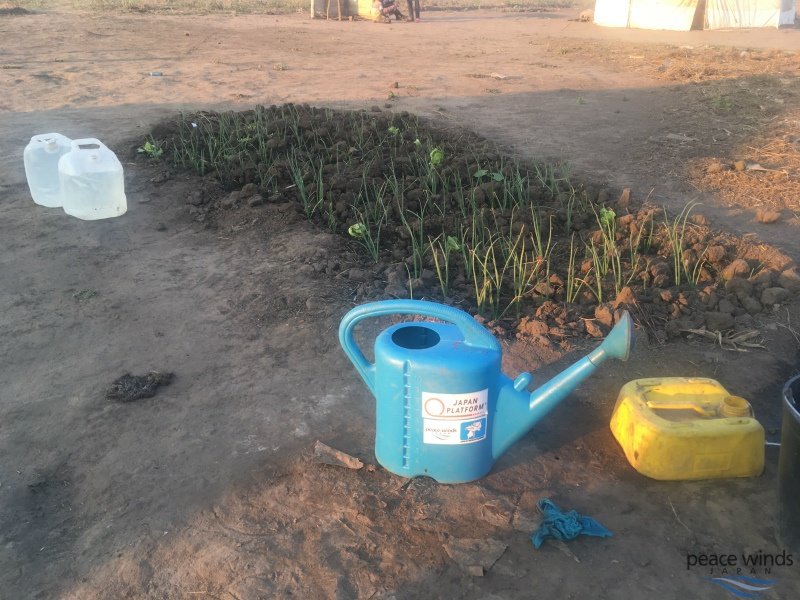 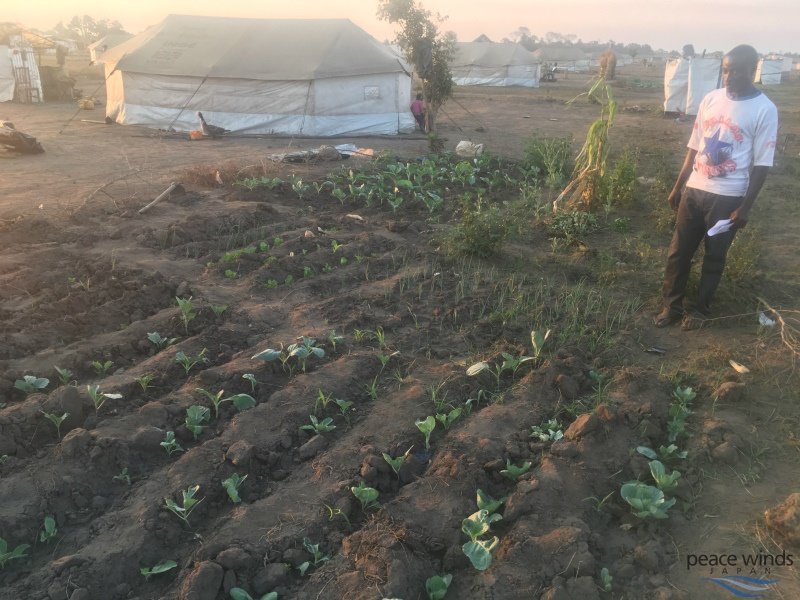 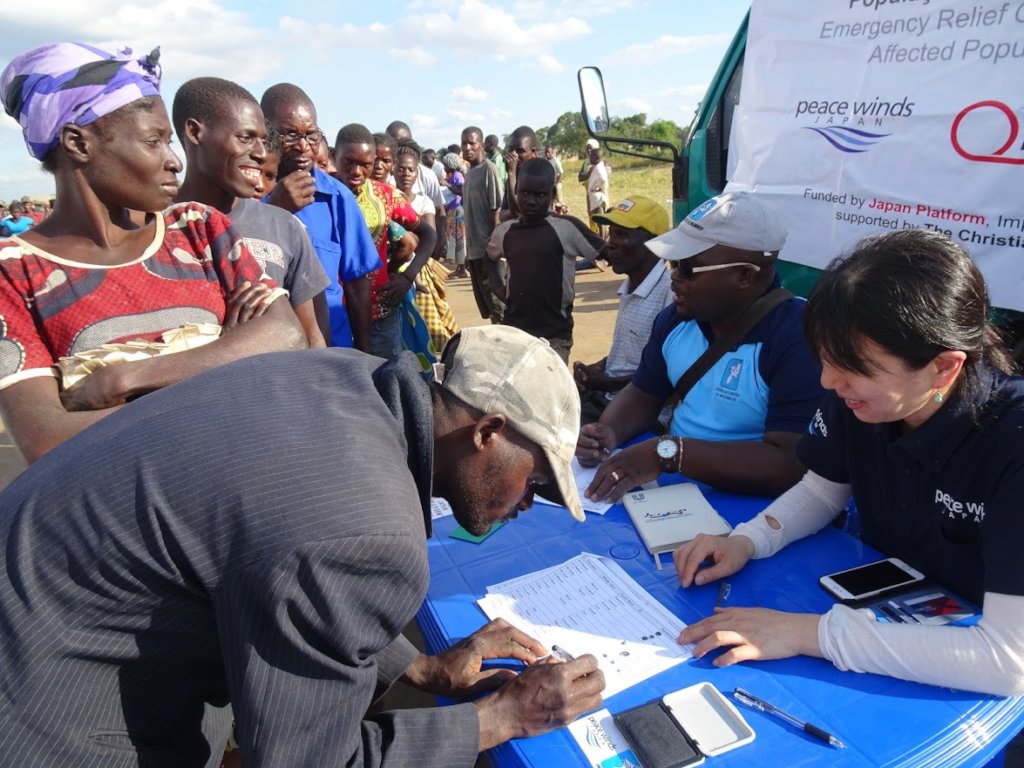 Since March 2019 when Cyclone Idai brought turmoil to Mozambique, many people have been displaced and were forced to resettle to previously unsettled areas. Because the resettled people had few belongings to restart their lives, Peace Winds Japan distributed seeds and agricultural tools to support the livelihoods of the displaced people.

Sr. Mausse is responsible for 24 family members including his grandchildren in Nhamatanda, Sofara Province. “I am very glad," he said. "It is the first time to get seeds and a garden beam after the cyclone. Our house was near a river and flooded due to the cyclone. Our farmland was affected by flooding and we felt lost. Thanks to your assistance, now we can make our farmland and start sowing seeds.”

Peace Winds Japan and our local partner continue working to help restart the lives of the people severely affected by the cyclone. Thank you very much for your continuous support of Mozambique. Your kind support helps bring joy and a bright future to them. 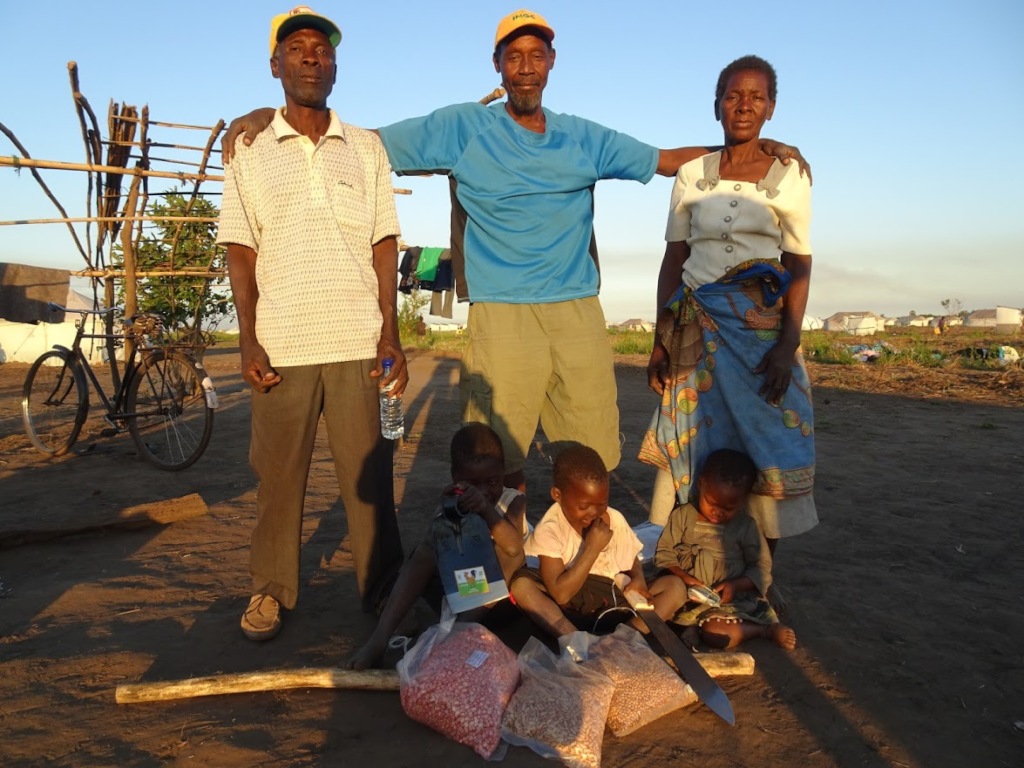 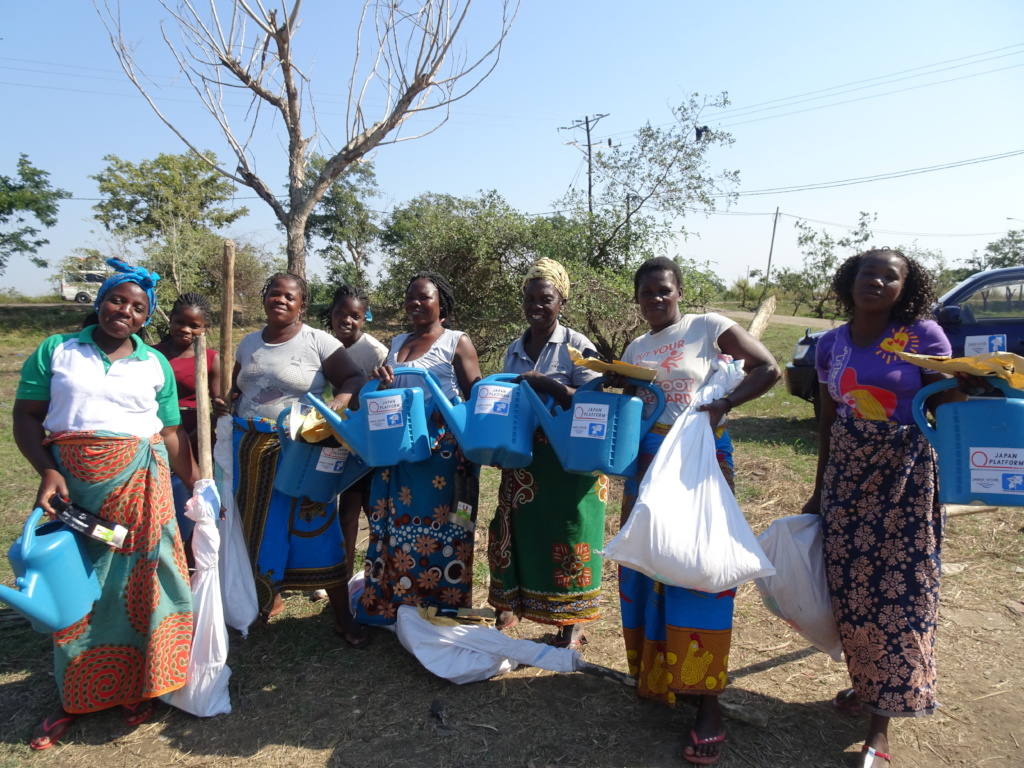 Donating through GlobalGiving is safe, secure, and easy with many payment options to choose from. View other ways to donate
Peace Winds Japan has earned this recognition on GlobalGiving:

GlobalGiving
Guarantee
Donate https://www.globalgiving.org/dy/cart/view/gg.html?cmd=addItem&projid=39792&rf=microdata&frequency=ONCE&amount=25
Please Note
WARNING: Javascript is currently disabled or is not available in your browser. GlobalGiving makes extensive use of Javascript and will not function properly with Javascript disabled. Please enable Javascript and refresh this page.